MLB: The Show is a Major League Baseball video game series produced by Sony San Diego Studio. San Diego Padres shortstop Fernando Tatís Jr. is featured as the cover star, and at age 22 is the youngest player to do so.

Recently, the day one patch was also released for players. Unfortunately, the players are still experiencing some issues with the game. Today’s patch will address a few of these issues.

CHALLENGE OF THE WEEK

Implemented a daily cap of 35,000 XP earned through gameplay. This cap shouldn’t be reached through “normal” means of play – this is intended to combat large amounts of XP games from out of the ordinary or exploitative gameplay. We are committed to increasing this cap in the future if needed. (The cap will adjust accordingly during double XP events.)

As the New York Yankees and the Chicago White Sox step onto the diamond this week surrounded by massive corn stocks, you too can step onto the field with this update and live out your dreams. The team at San Diego Studio worked closely with the field architects and MLB to accurately replicate this one-of-a-kind field. We didn’t stop with just adding this iconic stadium to MLB® THE SHOW™ 21, but we have an entire week of live content dedicated to Field of Dreams. 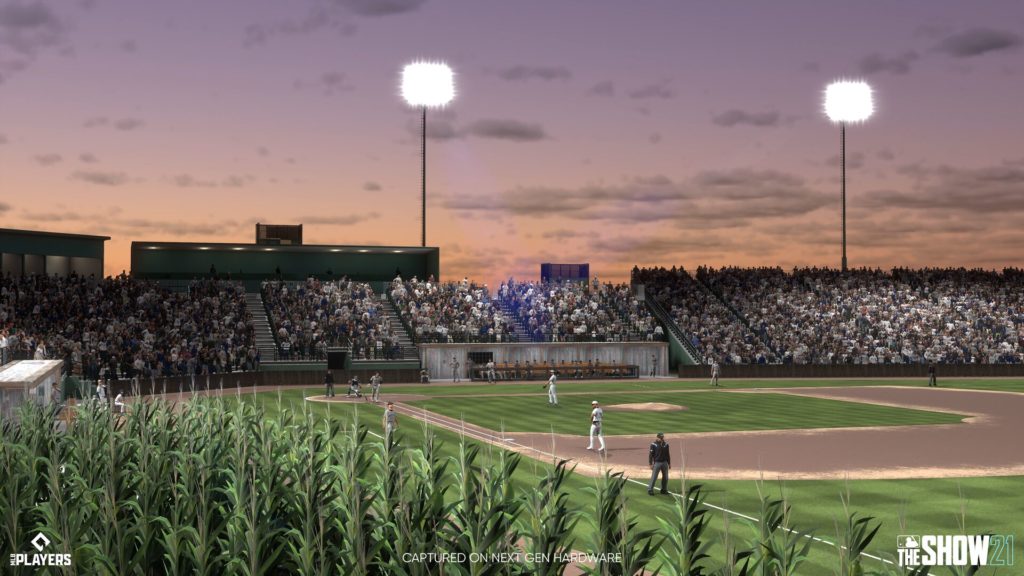 The Release timing and direction now have a less lenient criteria for ‘Good’ and ‘Perfect’ pitches. NOTE: This change can also be seen when using competitive gameplay style settings in offline modes.

Contact Swing is now less effective when used by power hitters. The higher the power, the greater the loss in mph when you choose to use Contact Swing.  This change should now display a more accurate tradeoff between each swing type for high power batters.

Other changes and fixes:

This is a small update that fixes a bug that would cause classic stands in created stadiums to disappear, leaving the fans floating in midair.

After the update is live, please resave your stadium to correct the issue.

There are no tuning changes to gameplay in this update.