Since the last patch, players are experiencing problems with the game. Today’s Storybook Brawl patch 65.10 will fix a few of these issues. 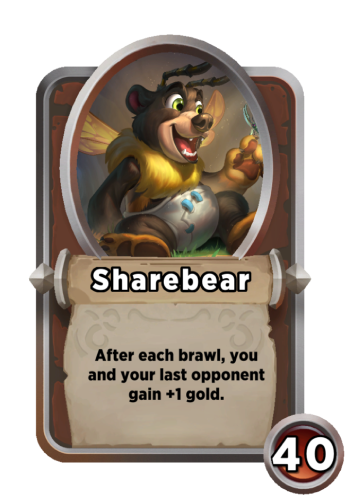 Sharing is caring, and this new hero bearly even wants to fight. You’ll have extra gold at your disposal, but so will your opponents. 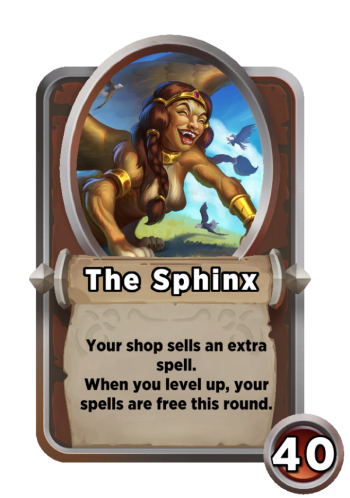 The Sphinx asks you a riddle every time you level up: which spells will you be casting for free? 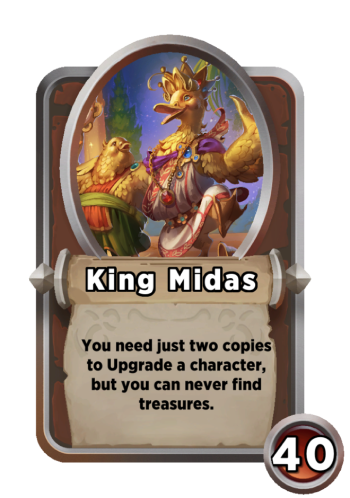 Everything he touches turns to gold, but beware – Treasures will be a little harder to get when you’re King Midas. 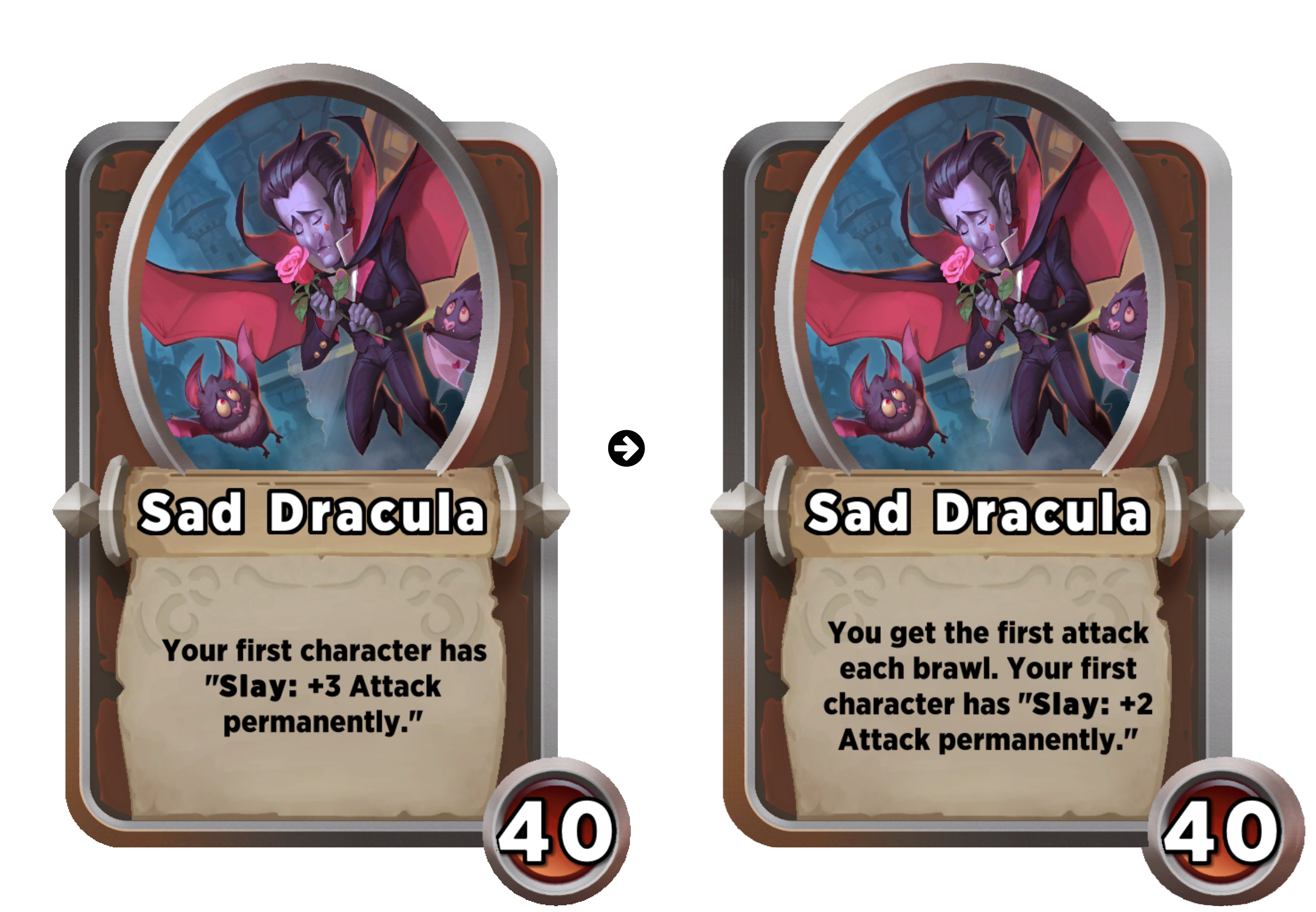 Sad Drac got a little faster in this patch, which makes it more likely you Slay. The bonus got reduced a little as a result, though it’s a lot more consistent of a build-around now. 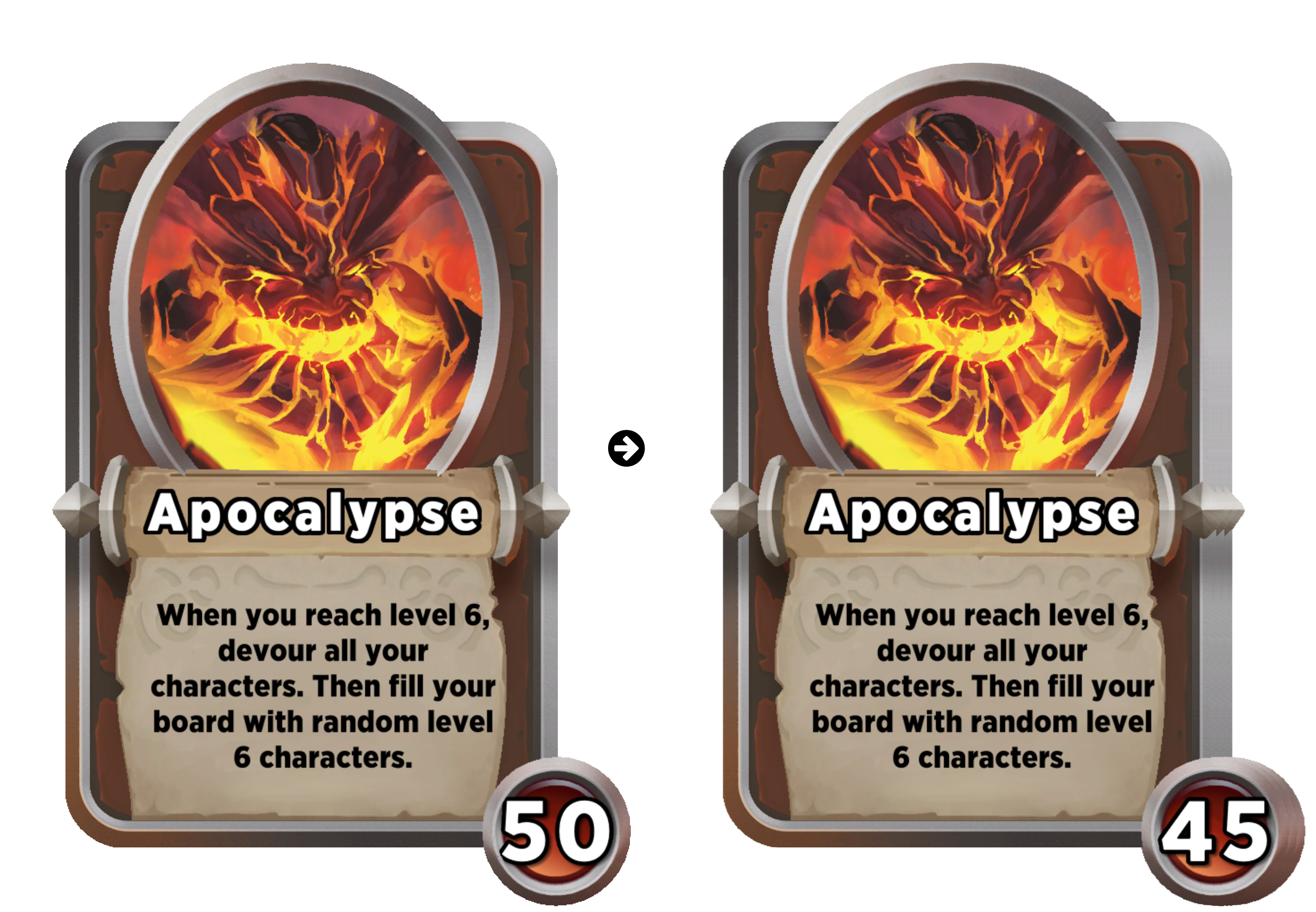 Apocalypse presents a fun challenge each game – can you survive until 6 and stabilize with a new squad of high-level characters? This challenge was a little too easy to beat at 50 health, so it’s moving to 45. 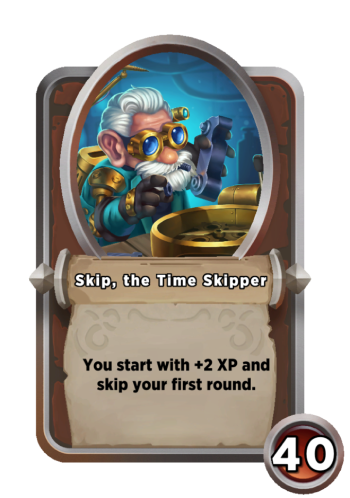 Skip will now show all level 3 characters on turn two. This is to make up for the inability to lock level 3s on turn one. 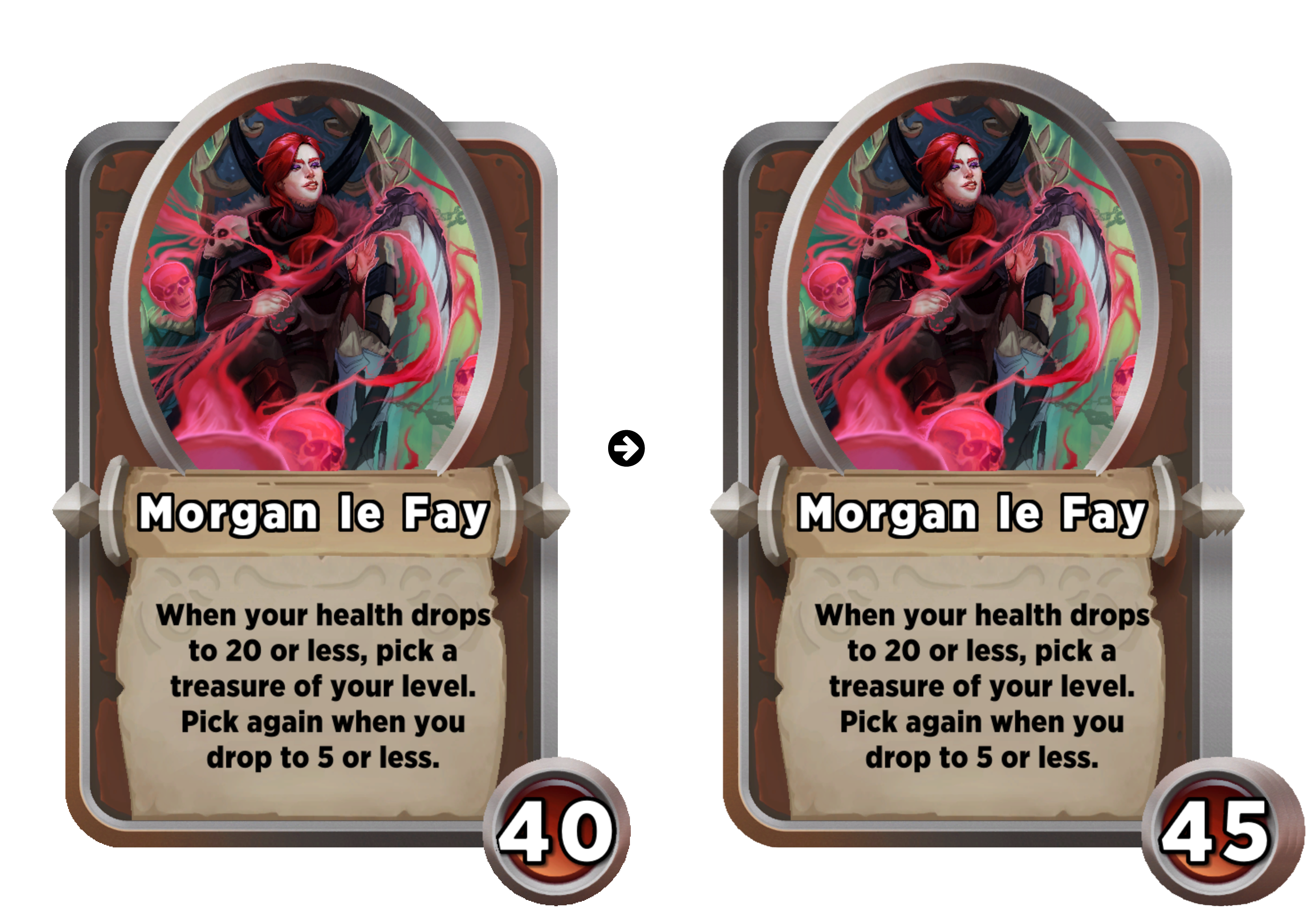 Morgan needed a little extra cushion so you can more effectively make use of her hero power, and five extra health will provide just that. 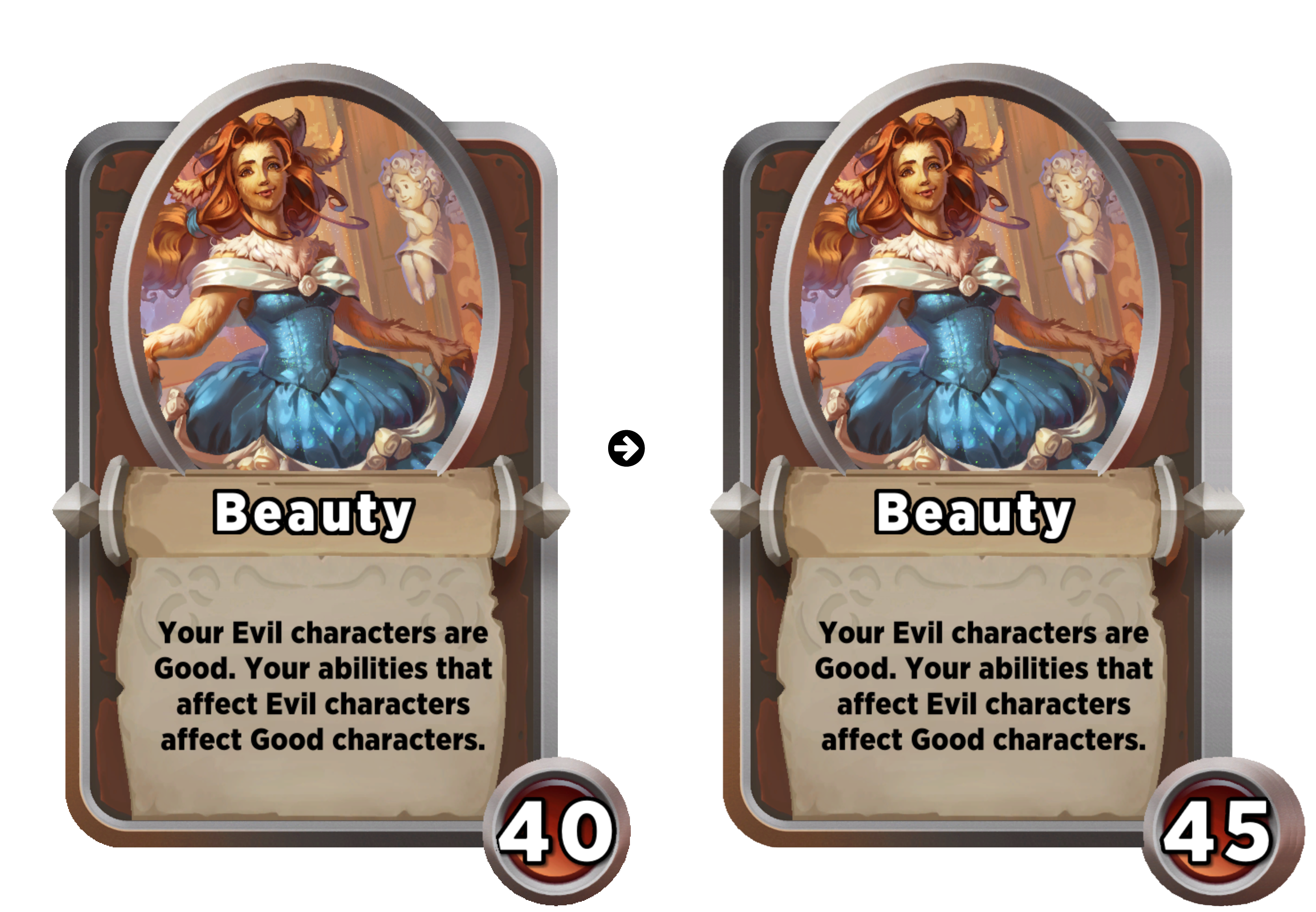 Lastly, Beauty is another hero that we identified as needing a little help (and health). She’s more likely to survive into the lategame now, where her Pumpking dreams become reality.

We are giving Dwarves an overhaul in this patch, with multiple changes to the tribe (and even one deletion – Bossy is no longer with us). The experience of facing Dwarves in the midgame and them having multiple 20/20+ characters was happening a little more often than we liked, so these changes will pull back on that experience, while giving Dwarves some power in other spots. 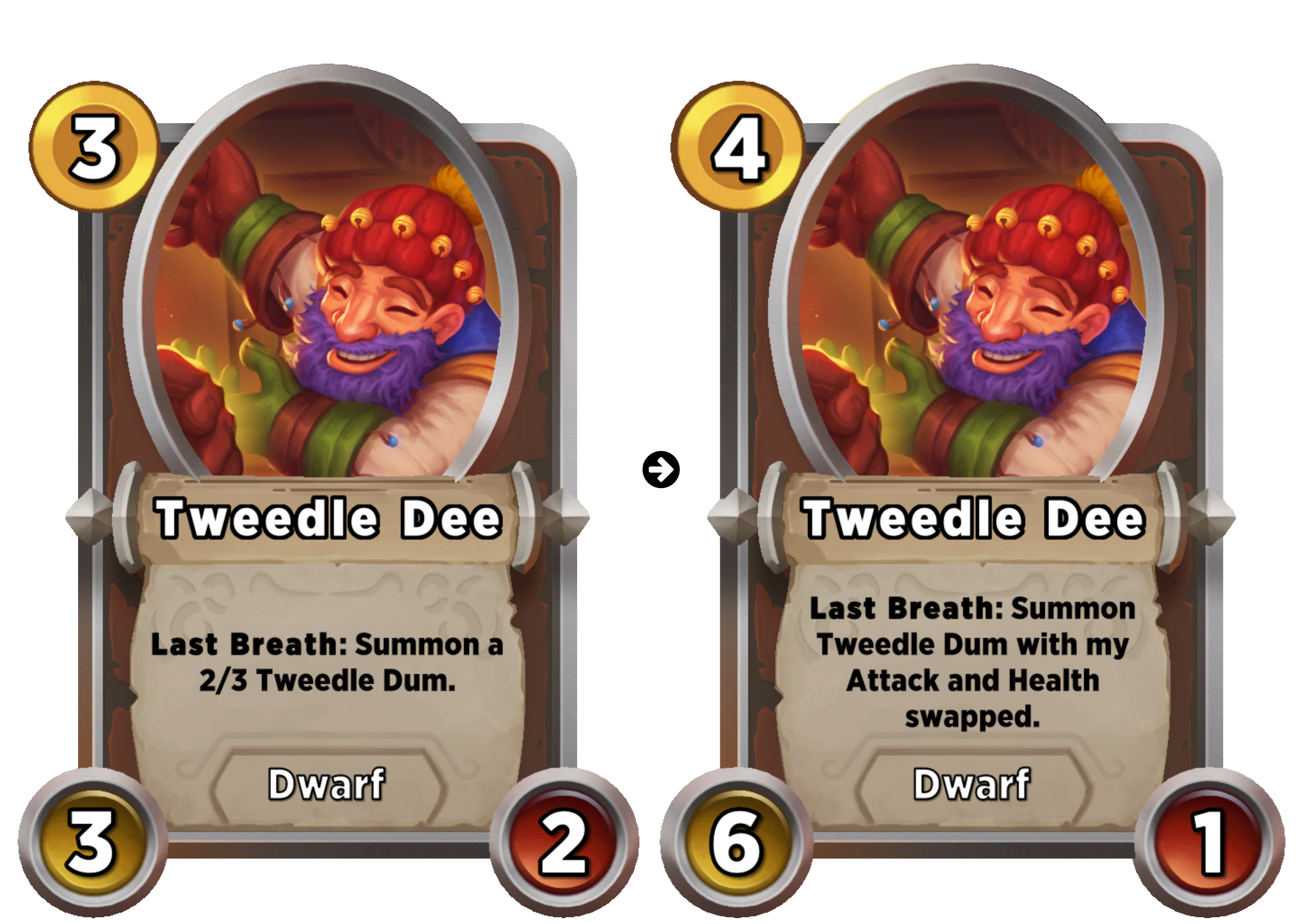 Tweedle Dee mostly sat around tweedling his fingers, and rarely made it into anyone’s team. This change makes him more dynamic, and rewards you for finding ways to buff his stats. 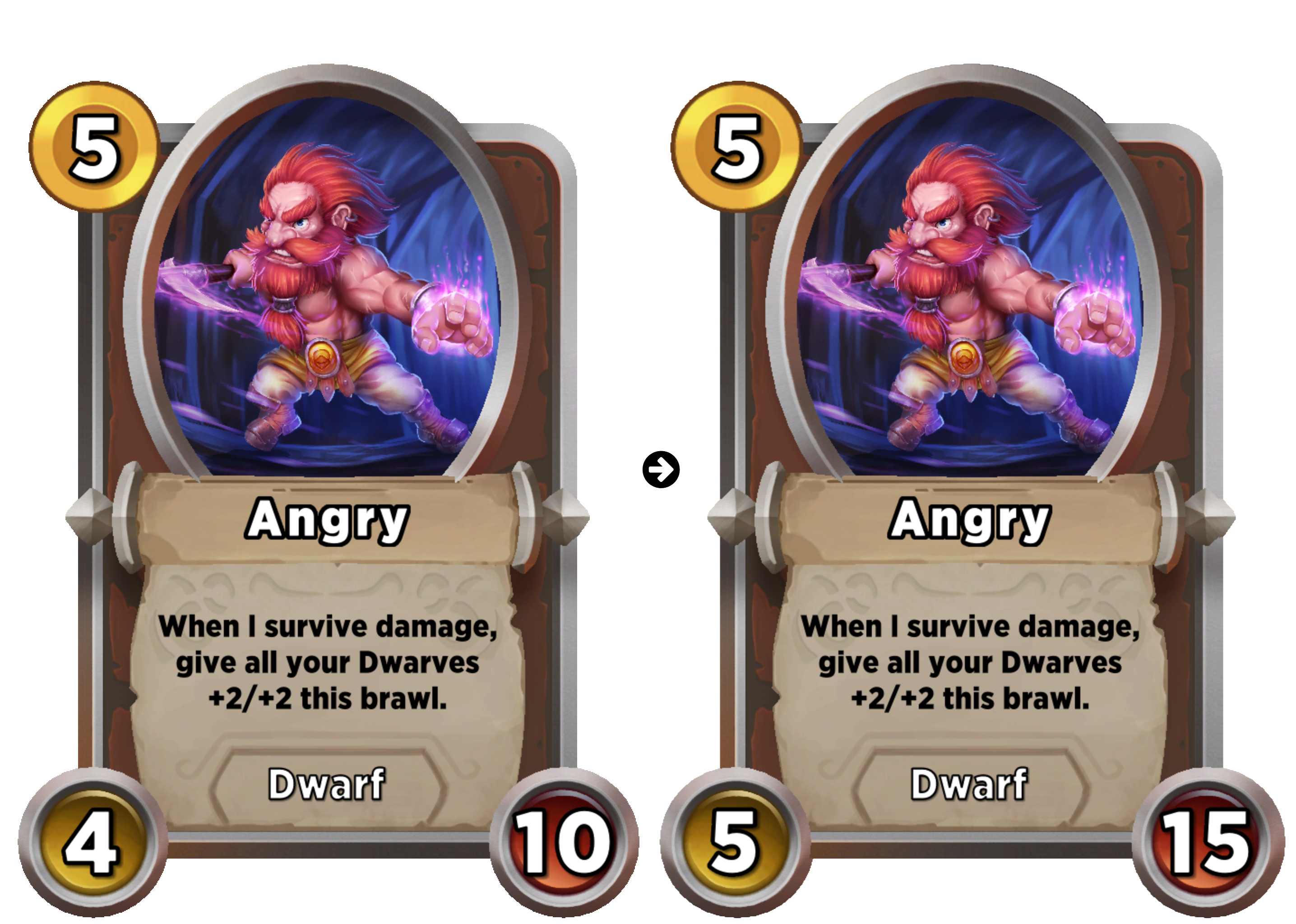 Angry was more Annoying than Angry, and this change makes it more likely his ability triggers. 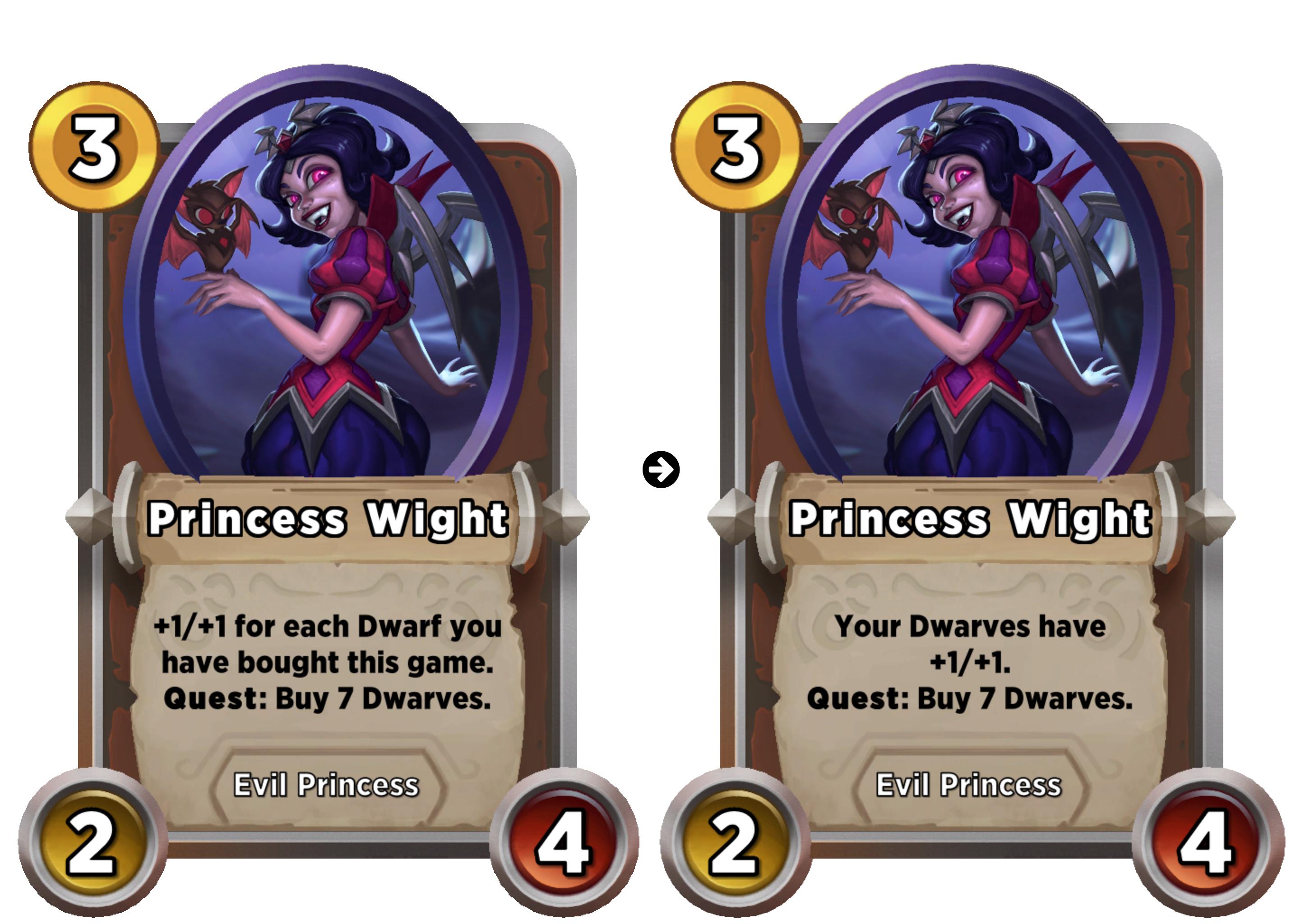 Princess Wight was one of the biggest offenders in the midgame, both figuratively and literally. This change makes her a Dwarf “Lord” without putting such a large character into the mix. 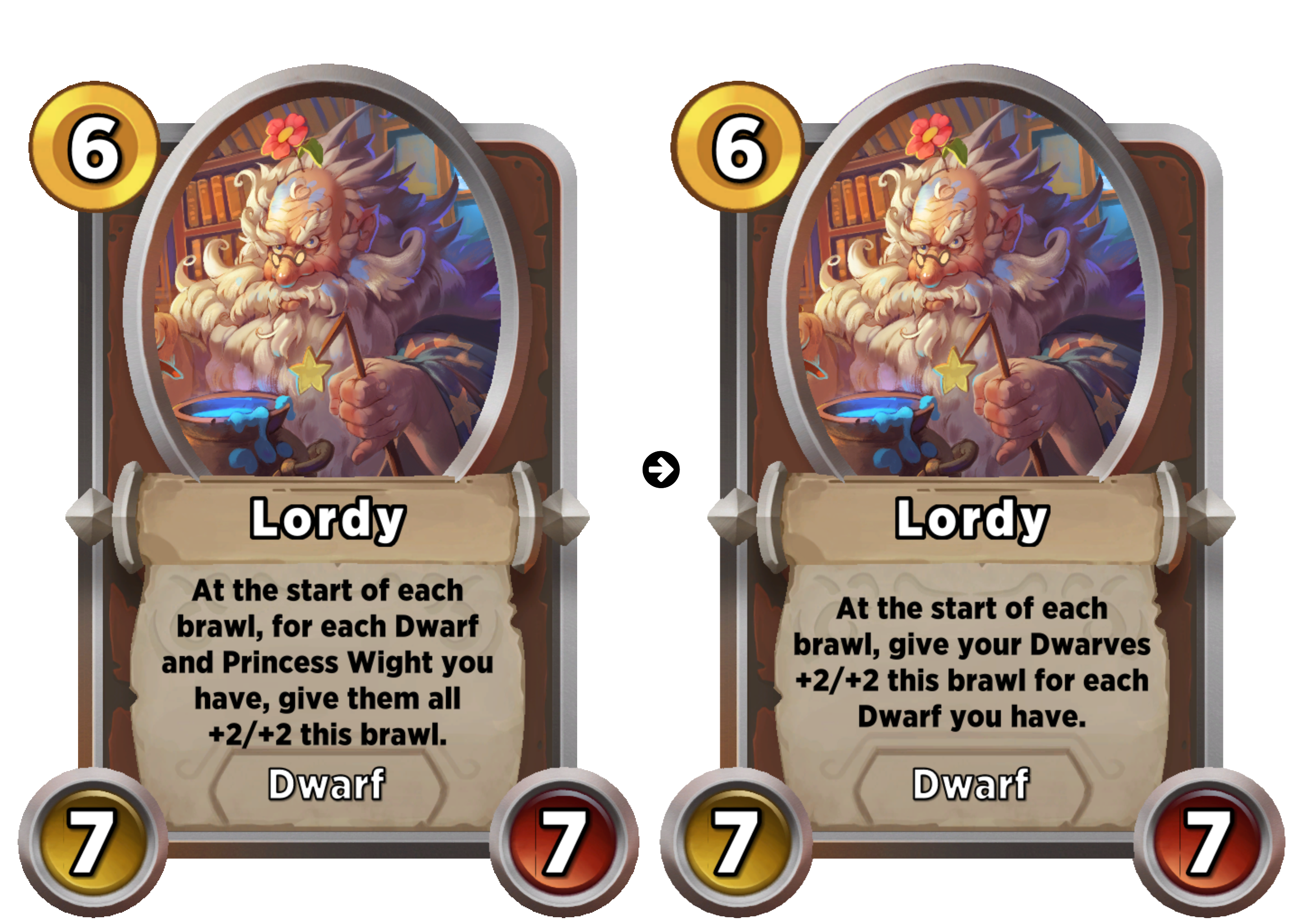 The Princess Wight text was clunky, and the new version is less likely to be in your final lineup. 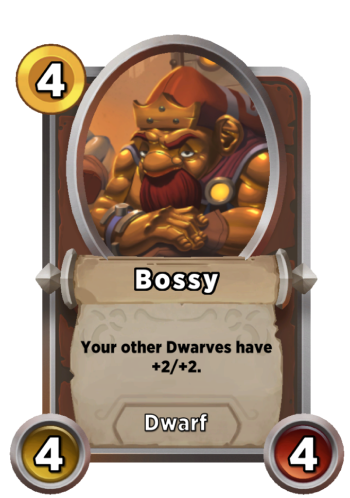 Bossy and Princess Wight now overlap too much, and Bossy is the one that ended up getting fired. 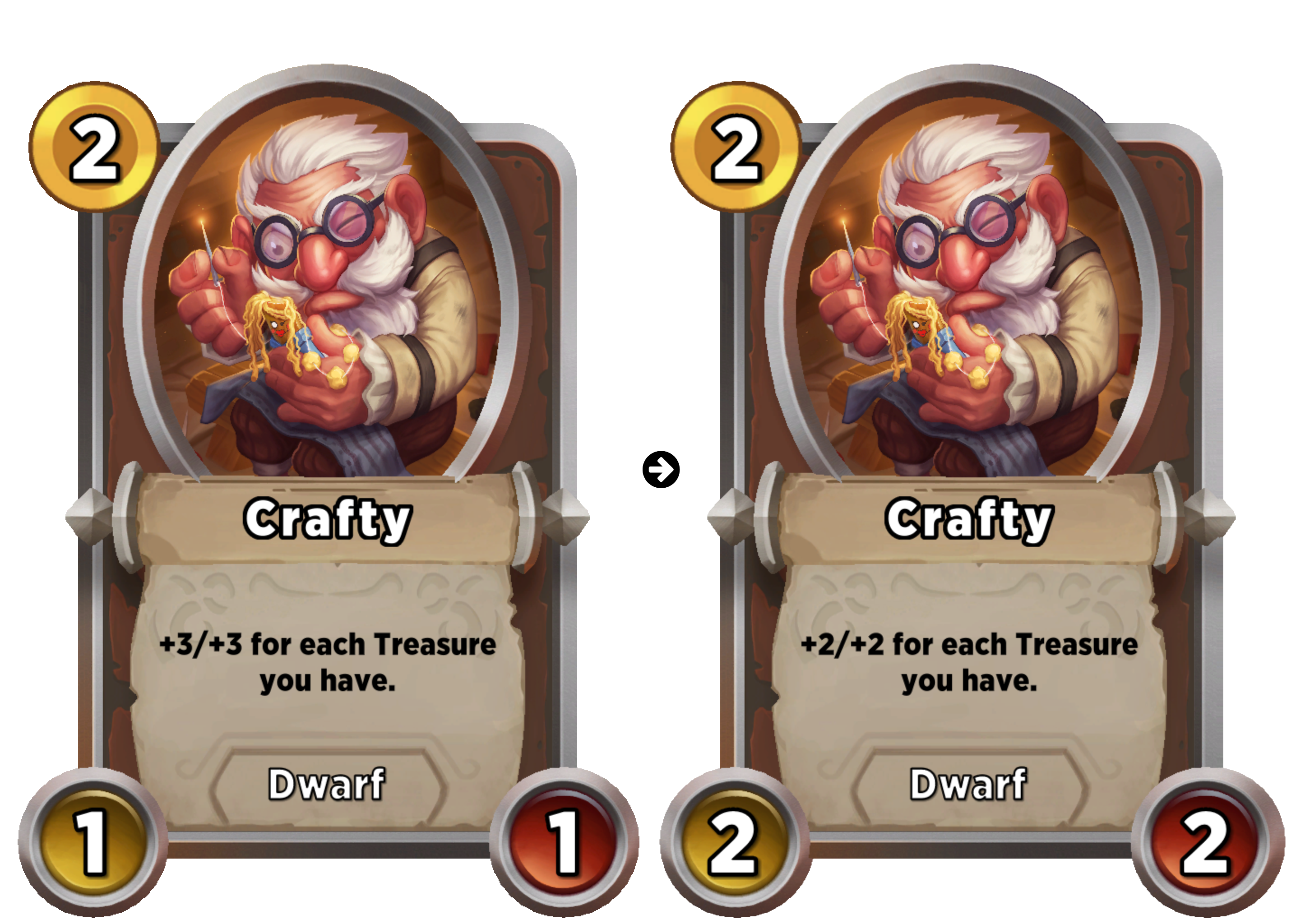 Crafty was another culprit when it came to oppressive stats in the midgame, and the new version is a little better early and a little worse later.

The State of Slay

This patch also features some changes to the Slay package. The most exciting part is the return of Grim Soul, made possible by changes to Shadow Assassin and Chupacabra. We are happy about where Slay has landed, and would like everyone to welcome Grim Soul back to the party.

Back in the pool! 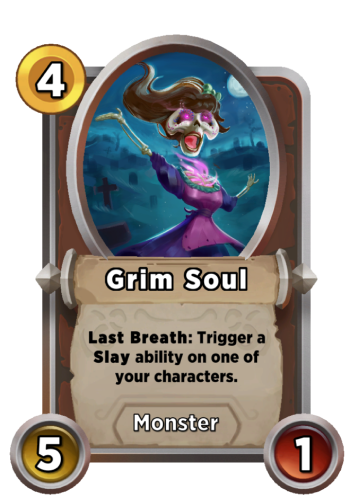 Pollywoggle fans across the world rejoice – your best bud is back! 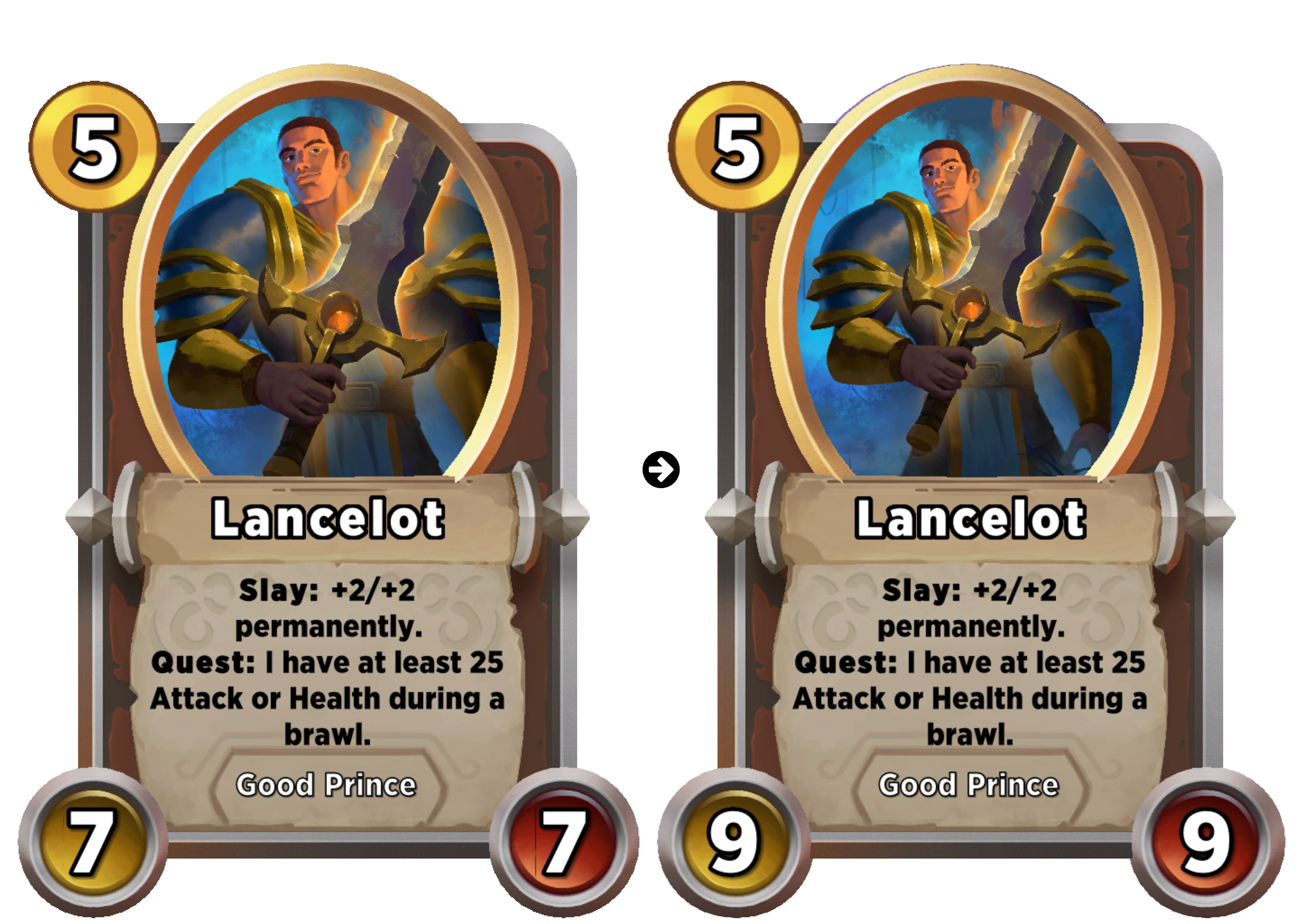 Lance has been hitting the gym lately, and is a little buffer as a result. 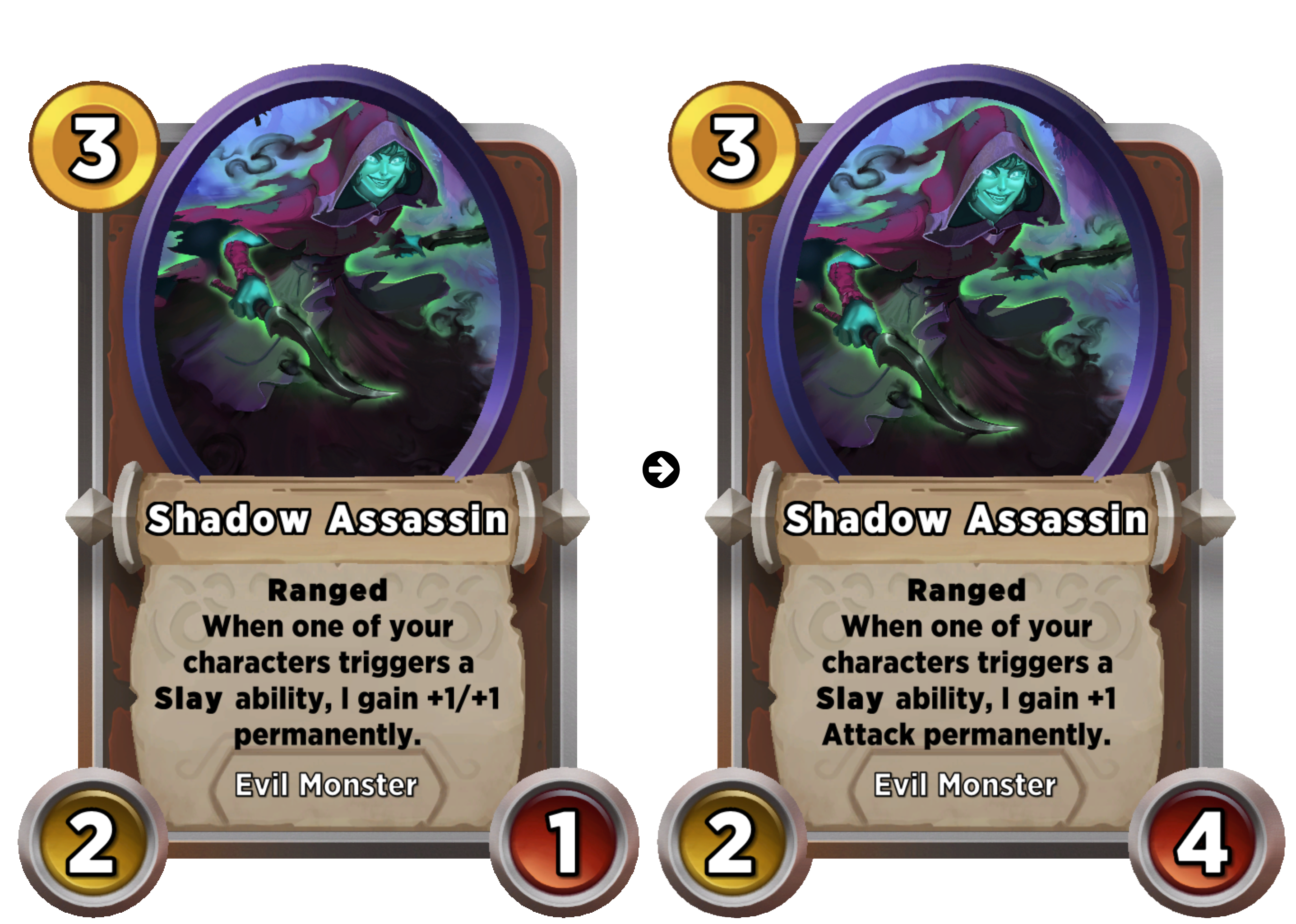 Ranged characters with tons of health are extremely difficult to defeat, and we identified Shadow Assassin as one of the characters that most contributed to hopelessness when facing a Slay comp late. This new version has better initial stats, but won’t grow health like the previous one. 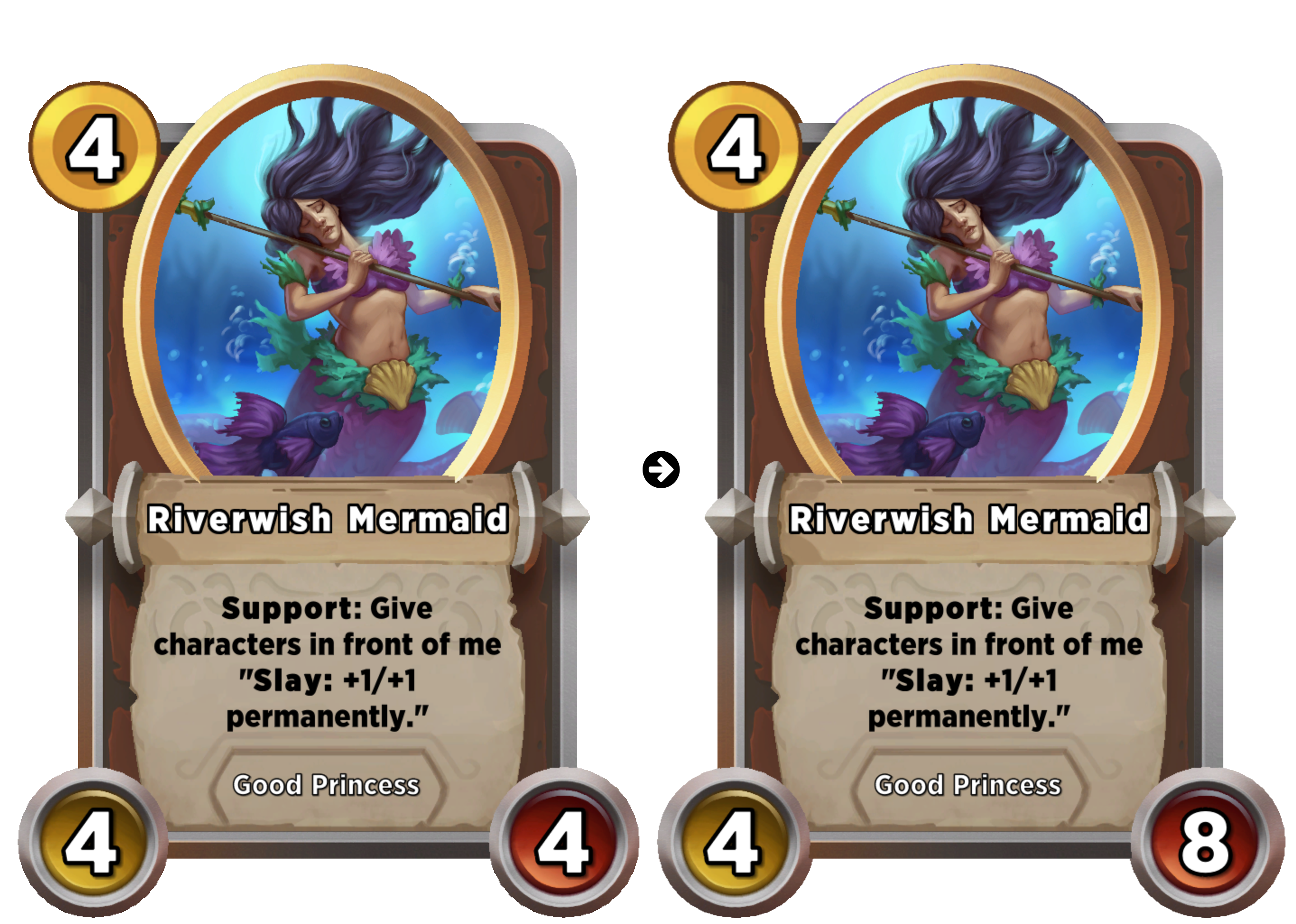 Mermaid is a fun character, and we want her to be a little tougher so she sticks around more often. She wished for more health, and that wish was granted. 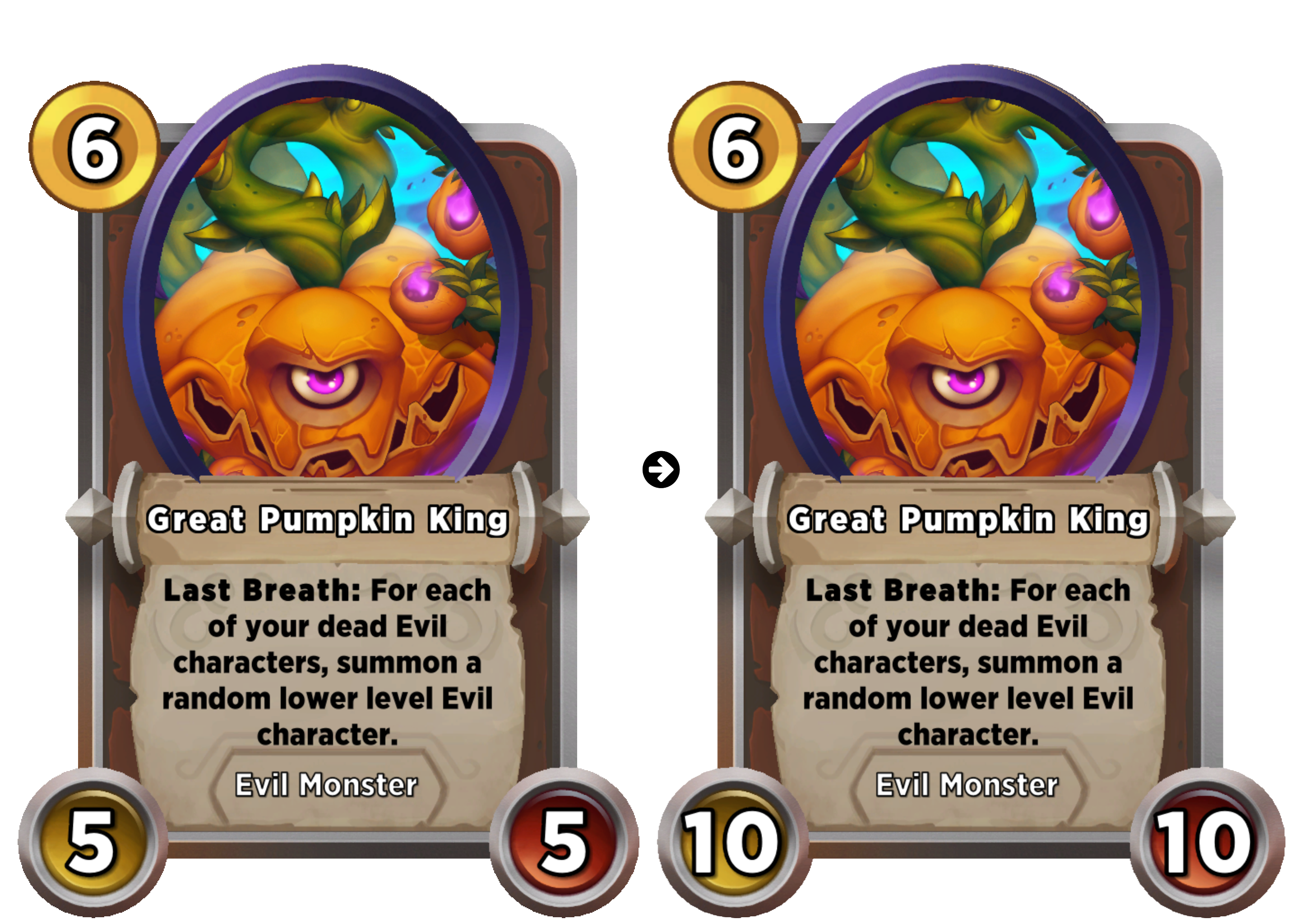 Pumpkin King is the centerpiece of one of the most fun lategame comps, and giving it a buff helps make that comp come together more often. 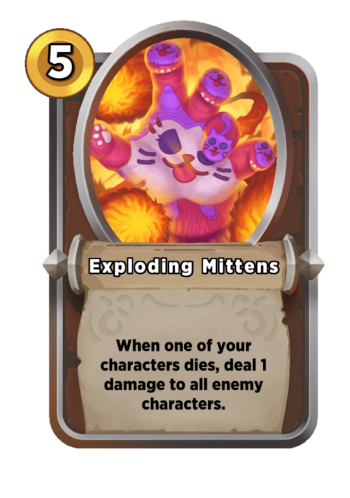 Mittens may return in some other form, but this version dragged out fights for way too long, especially with effects like Mimic. 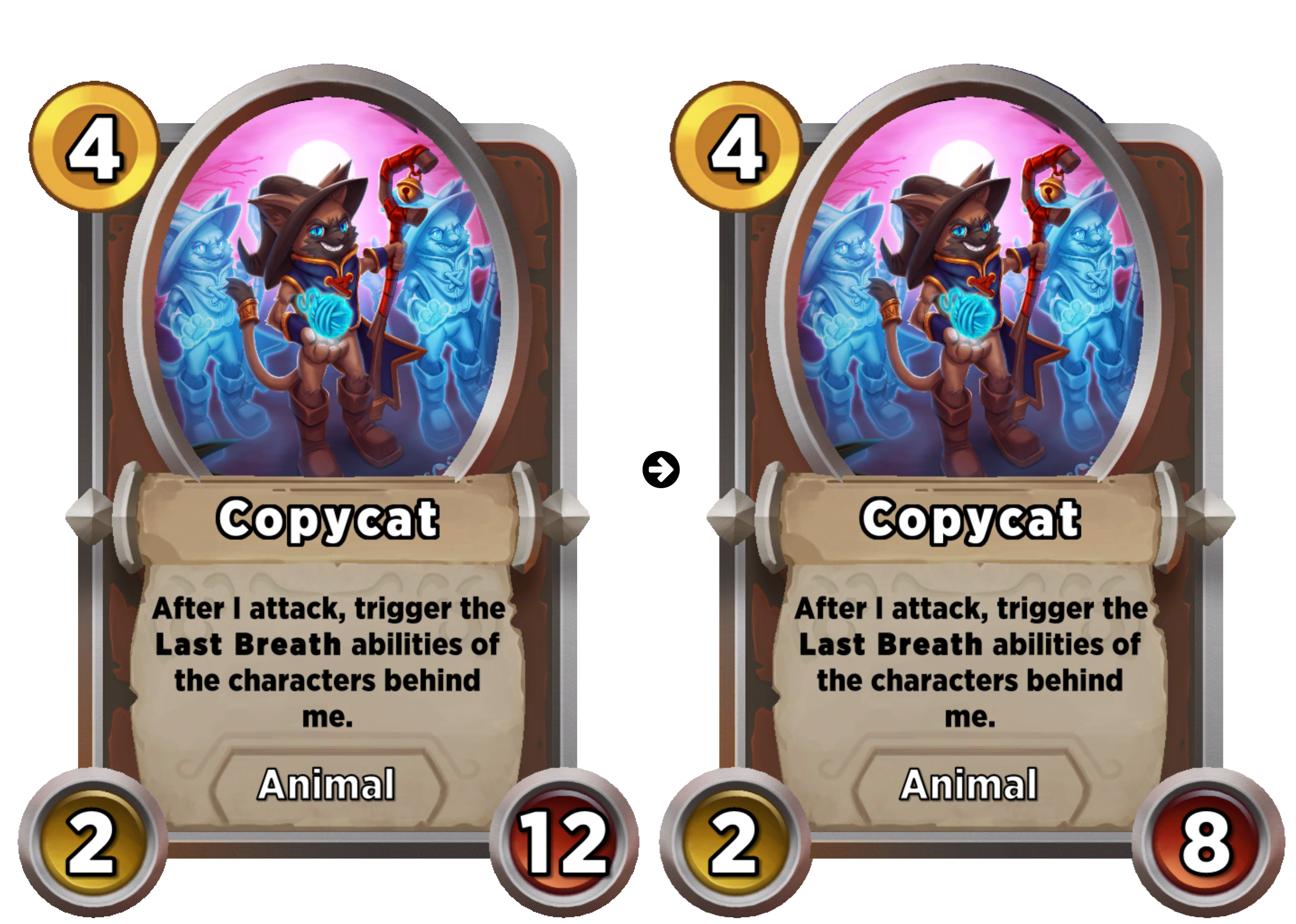 There wasn’t enough tension as to whether Copy Cat would survive at 2/12, so by moving it to 2/8, we make it a little more likely the opponent can disrupt it. 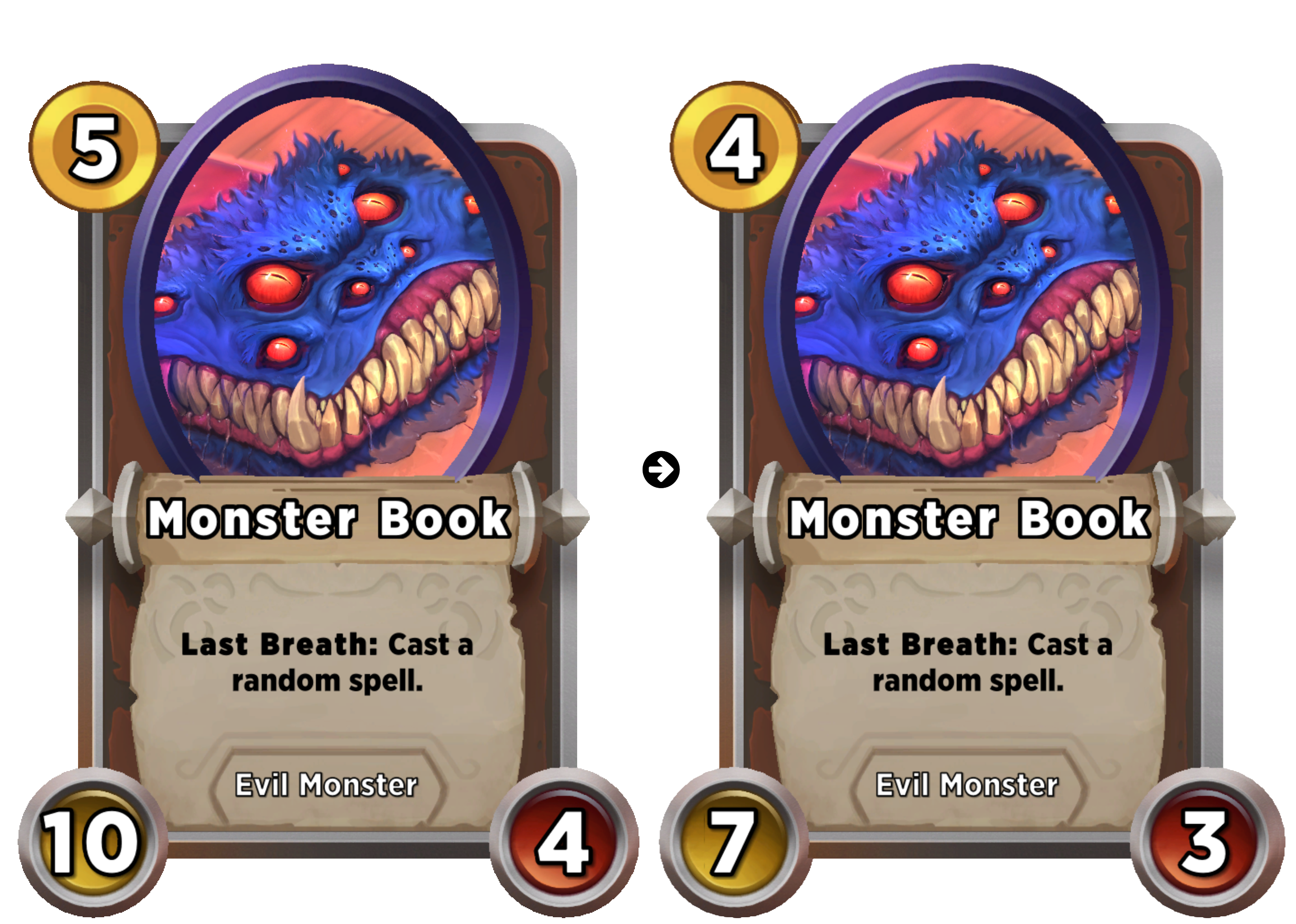 Monster Book is a lot of fun, so we made the required reading a little easier to get.

We’ve improved matchmaking – matches will be more balanced now. This effect will be even larger immediately after a rank reset, where previously we had some instances of unbalanced lobbies.

To support this, point gains will be variable for all ranks above Squire.

We’d like to welcome Kass, our new VFX artist, to the team, and show off two awesome new animations she made! Now there’s even more reason to choose Mirror Mirror, and Fog really sends a message. 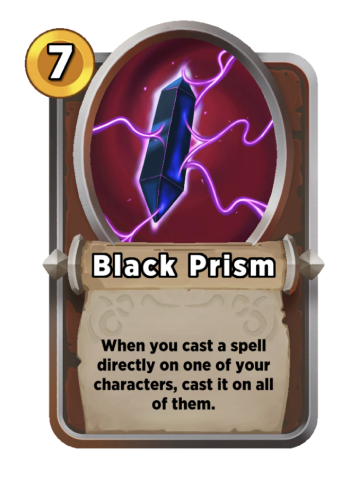 The 9th Book of Merlin 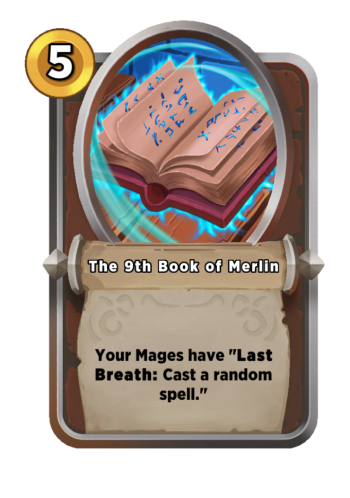 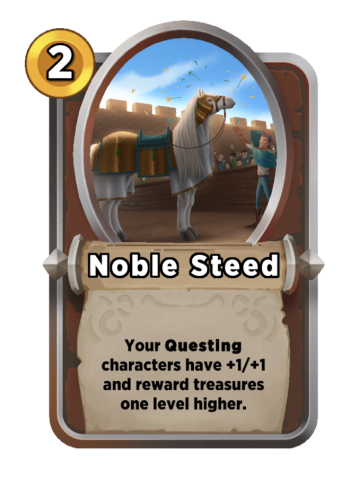 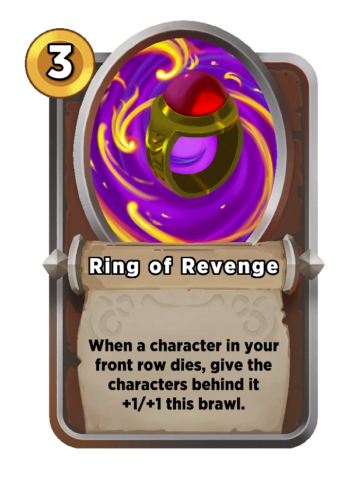 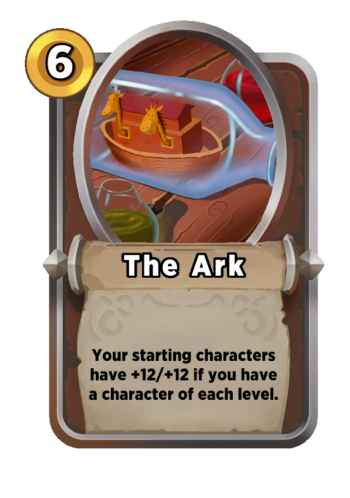 Hi, I’m John, the lead engineer at Good Luck Games. A large portion of the changes this patch deals with upgrades to our networking code, so I wanted to talk about the technical changes we’ve been making to Storybook Brawl over the past few weeks. As we move to full release, we have been focused more on optimization and stability and this patch is the first of those results.

Our networking code was acceptable for early access, but we needed to improve our networking to meet player expectations with full release and have a strong foundation to build upon for the future.

In this patch, we’ve overhauled much of the network code to optimize the data sent between the server and clients, and we’ve upgraded all of the networking libraries we use to their newest versions to implement all the hard work done by our external partners.

Some of the issues we aim to improve with these changes:

Additionally, this is completing some of the foundational work required to implement future features like spectator mode and porting to mobile platforms.

As an example of one of the major improvements we’ve made, I want to explain how we’ve reduced the amount of data being sent when cards are sent from the server to the client.

Before this patch, whenever we created or updated a card we would send the complete card to the players which contains this data:

CardText -“Ranged. At the start of each brawl, give the strongest enemy -15 Attack, and your weakest character +15 Attack.”

Sending the whole card was a useful starting point because it allowed the game server to be completely responsible for the construction of cards, but much of this data rarely or never changes during a game. Strings like the game text and the card ID also creates very large payloads of data for each card. Given the complexity of our brawls, players can be sent hundreds to thousands of these updates during EACH brawl, so optimizing this data was a big focus.

In this patch, instead the client and server have an agreed upon set of card templates that removes the need to send the unchanging card values. The new card data looks like this example:

This change, along with others like sending smaller numeric types for values like cost should massively reduce the data we are sending across the wire. We hope these upgrades improve your enjoyment of Storybook Brawl, but given the scope of these changes and the difficulty testing every network scenario some may be negatively impacted. We certainly aren’t done improving and optimizing the game, and will be working hard to provide a great experience for everyone.