Unfortunetly, players are still facing problems with the game. Today’s Propnight patch 2.2.4 will fix a few of these issues.

• Legendary Granny skin – Witch – that can be obtained by completing a special challenge!
• Jun – 2 rare and 2 epic skins have been added to Propbox! 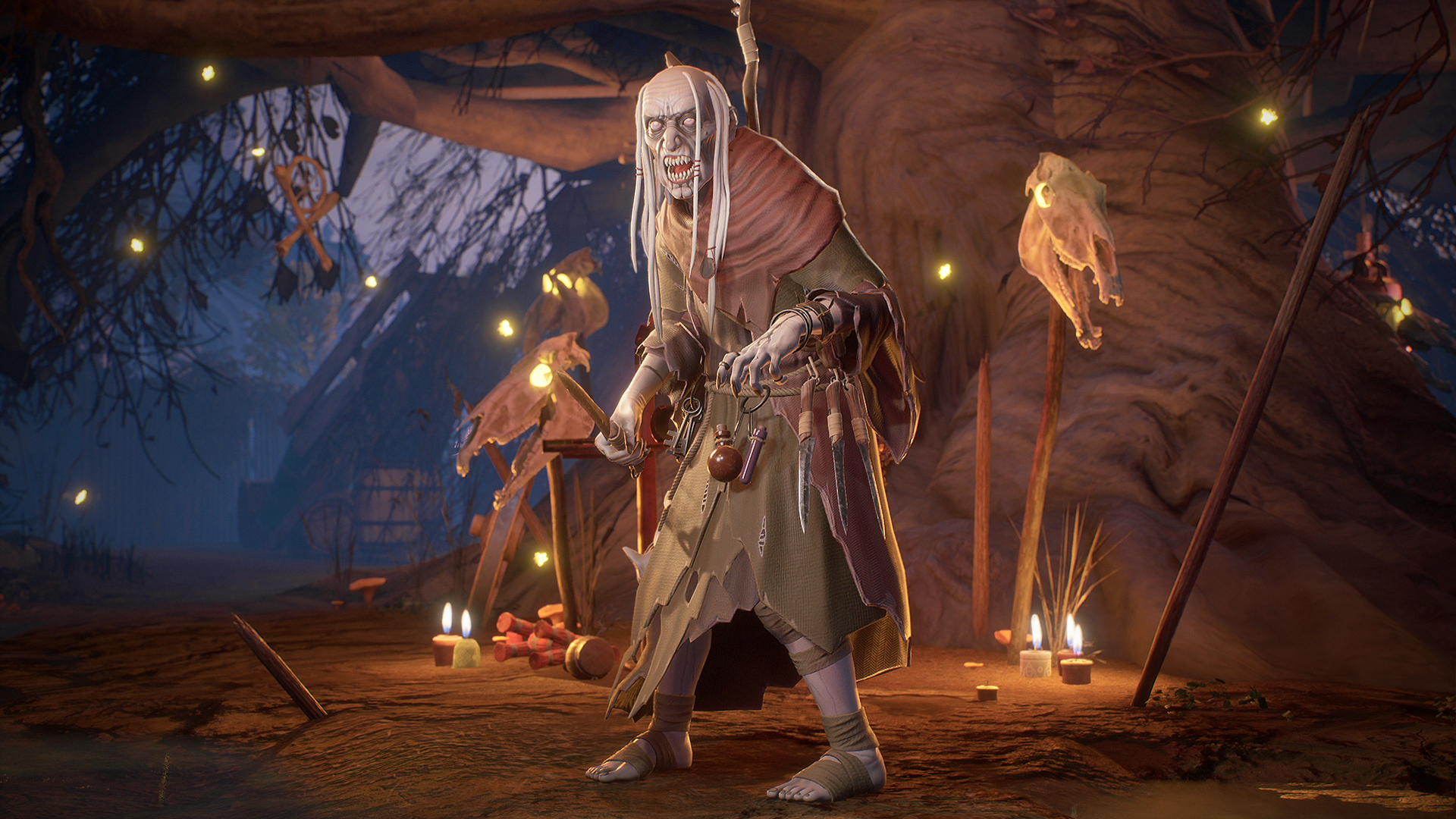 • Challenges – added an option to skip a current challenge for 10 Ether
• Challenges – Daily Challenges will no longer show rewards if they have already been completed, as it confused the players
• Challenges – the ‘Prevent a Survivor from being rescued from Hypnochair’ Challenge will no longer appear
• Akasha – reduced Blade Dance dash range by 25%
• Akasha – increased Blade Dance cooldown from 5 to 7 sec
• Sheet-Man – now, when pulling a Survivor or a prop with a Hook, Sheet-Man will sometimes talk
• Sheet-Man – added the sound of Hook returning to his hand
• Sheet-Man – increased Hook cooldown from 5 to 7 sec
• Survivors – added facial expressions animation when being pulled by Sheet-Man’s Hook
• Props – adjusted the second jump’s force, and now you can jump without touching the ground again
• Farm, House, Abbey, Camp, Castle, Village – map optimization
• Tools – Propmachines can now be repaired immediately after using Tools instead of being repaired after the end of the use animation
• Lockpick – now, after getting out of Hypnochair using Lockpick, Survivors will have the same effect of immortality as they have when being rescued by another Survivor
• Whoopee Cushion – now Whoopee Cushion will break if the object it was lying on is moved or broken

• Challenges – fixed that the ‘Stun the Killer with any car prop’ Challenge could only be completed with a red car
• Killers – fixed the incorrect animation of Propmachine breaking interruption
• Granny – fixed that if Granny was stunned exactly when she was setting Mine, the stun would not work correctly
• Impostor – fixed Impostor being able to sprint sideways in Survivor form
• Igor – fixed the sound of Chainsaw Terror activation playing for all players
• Igor – fixed Igor’s sounds being heard through the floor as if he was nearby after using Chainsaw Terror
• Akasha – fixed that if Akasha was stunned exactly at the moment of setting Blood Eye, the stun would not work correctly
• Sheet-Man – fixed Hook not working correctly when pulling Survivors or props if they were close to Sheet-Man
• Sheet-Man – fixed Hook appearing to be behind the prop when pulling it
• Sheet-Man – fixed that if Hook was used to pull a prop which was being straightened up by pressing Shift, the prop would remain straightened
• Sheet-Man – fixed Sheet-Man not being able to be stunned by a Survivor who was downed by Hook before
• Sheet-Man – fixed thrown Poop sometimes not becoming invisible
• Sheet-Man – fixed Jar of Glue not working on Sheet-Man
• Props – fixed that sometimes if a prop was in the air without moving, the prop would freeze in its current position, or the player’s camera would slide down
• Survivors – fixed that if a Survivor stood in the fire for a while, they would receive speed acceleration
• House – fixed Survivors getting stuck between floors when changing from prop form back into human form
• Castle – fixed props being able to sit on top of Closable Doors
• Chest – fixed Chest sometimes not closing after being opened
• Yellow Jar and Jar of Glue – fixed their effect not working on Killers standing close to the walls
• Jar of Glue – fixed that if Jar of Glue was thrown at a Killer exactly when they hit, they would hit twice
• Painkiller – fixed Painkiller’s effect having Energy Drink’s icon and not having localization
• Whoopee Cushion – fixed Whoopee Cushion making the sound twice when thrown, and the throw being weaker
• Exit Doors – fixed Killer being able to pick up a Survivor who was already crawling out of Exit Doors
• Hypnochair – fixed that if a Survivor was put in Hypnochair while they were in the pause menu, upon returning to the game the camera would remain black and white, and the Survivor’s controls would break
• Hypnochair – fixed that sometimes the player’s camera would stay behind a Hypnochair after being rescued
• UI Quick Play – fixed team members not being able to see that a Quick Play search was in progress
• Minor improvements and fixes to gameplay, maps, and sounds