Payday 2 update 212 is now available to download for PC players. According to the official Payday 2 patch notes, the latest update added City of Gold campaign as well as various bug fixes and gameplay changes. Today’s Payday 2 patch 212 download size is around 940MB.

If you are having issues with an unmodded game you can try to verify the integrity of the game files. In the steam library; right-click on PAYDAY 2. Select “Properties” from the menu. Under the tab “LOCAL FILES” select “VERIFY INTEGRITY OF GAME FILES…”.

Today’s Payday 2 patch 212 will fix a few of these issues. Check out more details below.

In the previous heist in the City of Gold campaign, we rescued Vlad from the clutches of the Golden Dagger Triad, and now it’s payback time. In the Black Cat Heist, Vlad and the gang are gonna hit them where it hurts. A large casino onboard the Black Cat, a luxurious cruise ship full of society’s highest and lowest.

Vlad knows his tormentor from the docks is aboard and so is a large amount of the Triad’s funds. He has sent you and the gang to infiltrate the ship and send a message to the Triad.

A Suit and Mask for the heister of the future

What more can you ask for than this great set of Hi-Tech masks and cool-looking suits and gloves?
In the Mega City Tailor Pack, we got four awesome-looking robotic masks with a bit of inspiration from martial arts. Each mask has its own color scheme with its own color variant among the gloves and the suits. Triple down on your favorite color or mix and match among them all. What style will you pick? 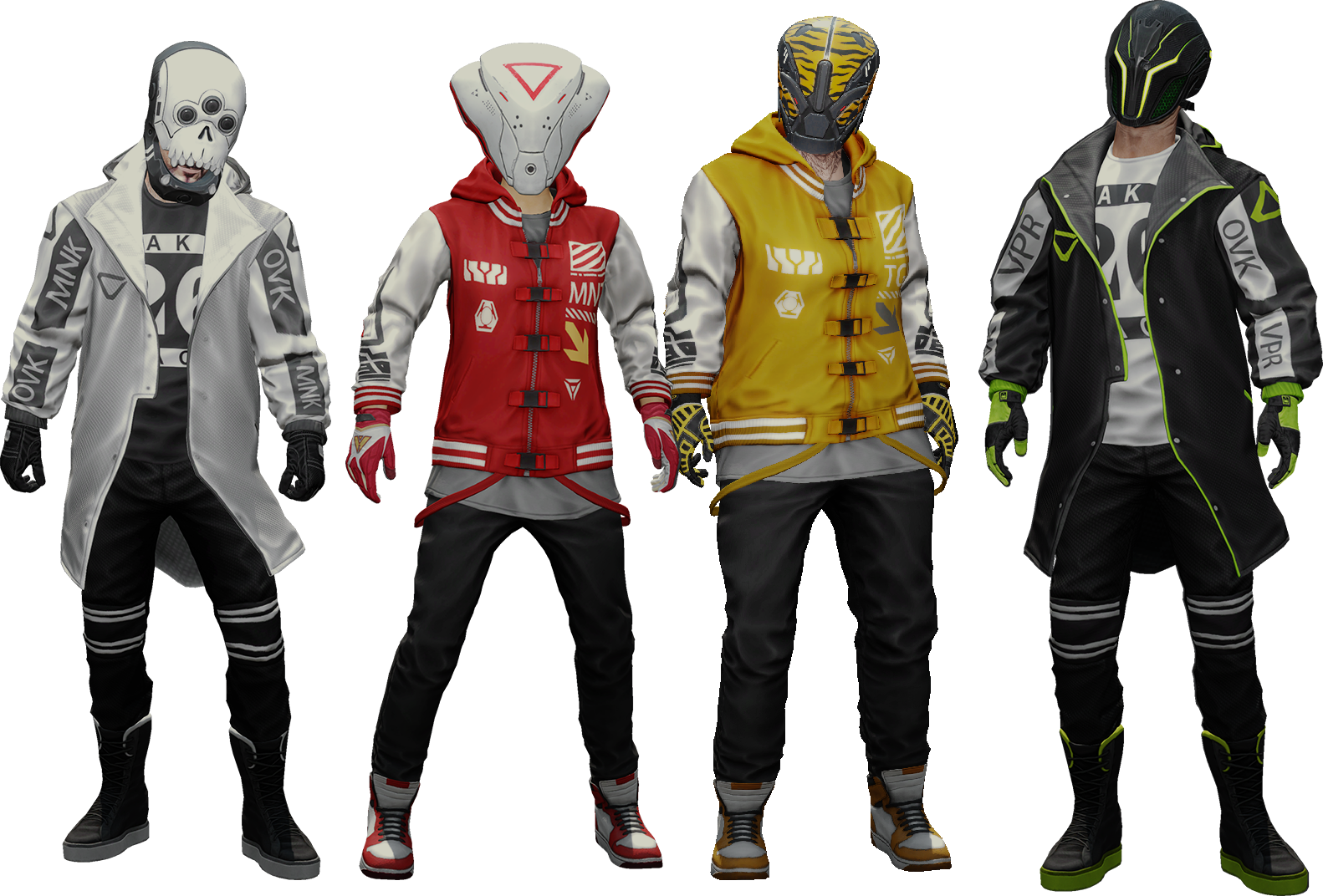