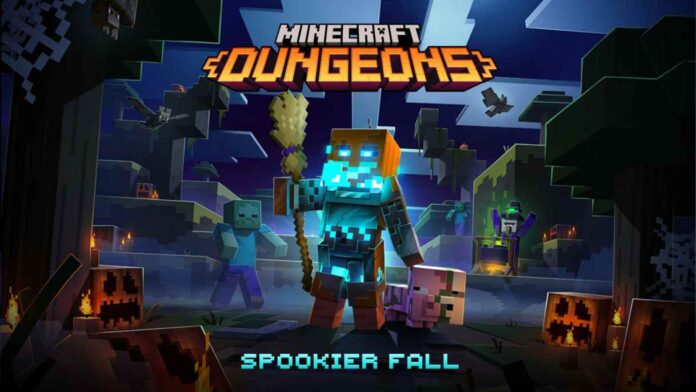 Today’s Minecraft Dungeons version 1.28 will fix a few of these issues. Read more details below.

There are also improvements to the Tower, whether playing singleplayer or multiplayer:

Treetop Tangle is a new free mission to explore together with like-minded adventurers.

The Enchantsmith has arrived just in time for the faire and has set up shop eight o’clock of the Adventure Hub (that’s southwest for all you non-clock navigators).

A new button has been added to the mission select screen that sends players into a random mission, gaining an additional boost in Adventure Points upon completion of the mission.

Fauna Faire brings an animal-focused late summer to the camp. This means there will be an abundance of furr-tastic skins, pets, and other mob-themed cosmetic items to add to your closet. Whether you want to embrace your inner chicken or show off your mighty paw-er, there’s something for everyone. And just as with previous seasonal adventures, Fauna Faire offers two reward tracks – one free and one Adventure Pass track.

Discover and unlock 10 new achievements during your adventures!

Download free Minecraft Dungeons update 1.28 on PlayStation 4 and Xbox One.