Previously, a minor update was released with quality of life changes. Unfortunately, players are still experiencing several issues with the game. Madden 22 patch 1.007 will fix a few of these issues. 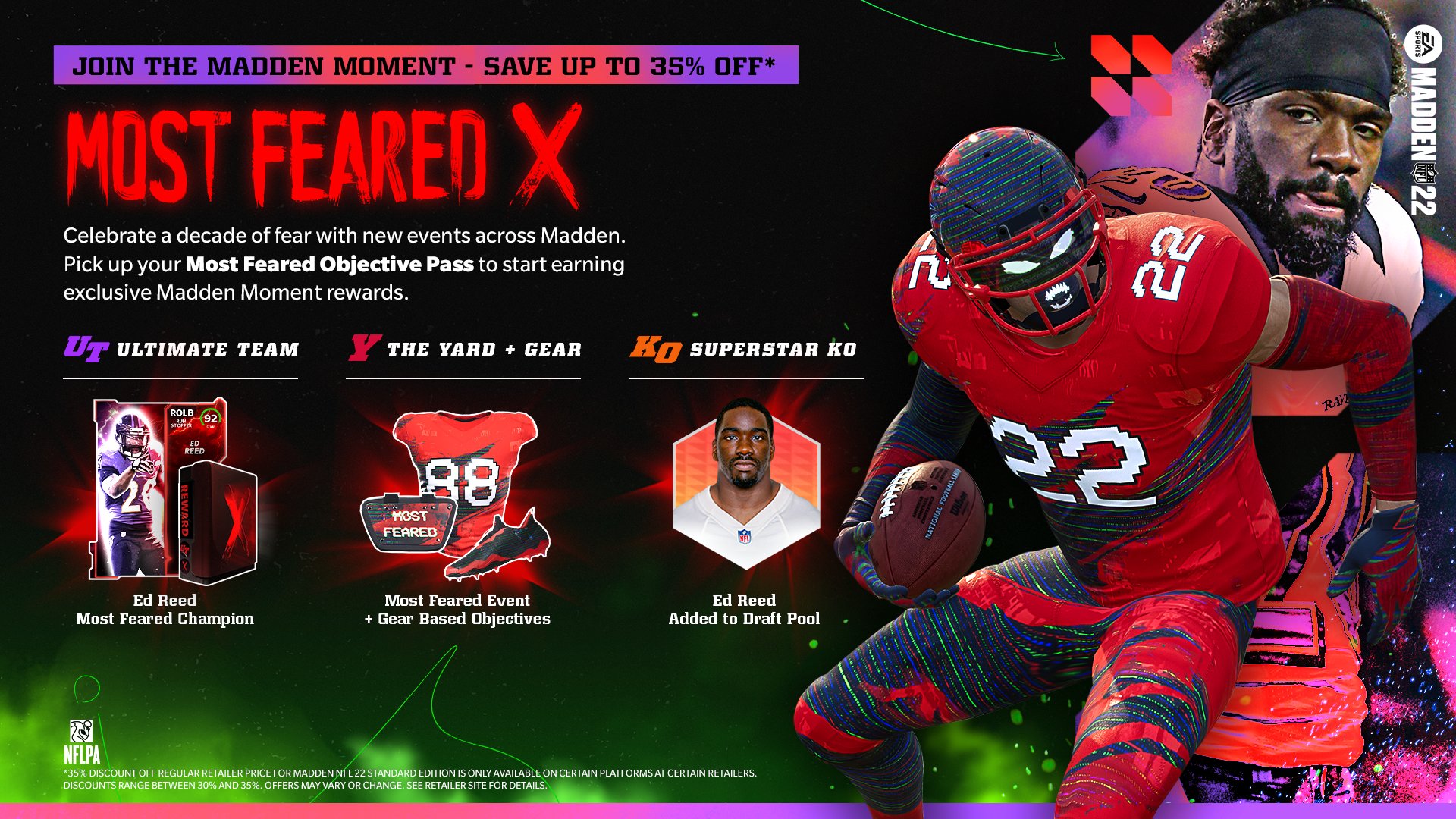 10 YEARS OF MOST FEARED

Celebrate 10 years of Most Feared in Madden NFL 22 with spooky content lurking around every corner! Available in-game until November 1, 2021.

Collect Most Feared Heroes to earn a 92 OVR Most Feared Champion like Ed Reed or Derrick Henry. Haunt your opponents with Monster Morph strategy items like Scary Speed, Monstrous Might, and Towering Terror.

Swag out the Most feared themed gear drops in The Yard, featuring new ghoulish colowarys to spook your competition.