Fallout 76 update 1.59 (Season 7) is now available to download on PS4, PC, and Xbox One is now available for players. According to Fallout 76 1.59 patch notes, the latest Night of the Moth update added new changes, events, and much more. Apart from this, Fallout76 version 1.59 also includes various bug fixes and changes.

Unfortunately, since the last patch, players are reporting several issues while playing the game online. Today’s Fallout 76 version 1.59 will resolve a few of these issues. Check out more details below.

Season 7 will continue with the addition of Repeating Ranks! Added in season 5, players can keep completing challenges, ranking up, and earning new rewards after you finish all the regular rewards up to rank 100! As long as the season continues, you will be able to keep earning rewards for playing 76.

Once you have reached rank 100, you will be able to complete daily and weekly challenges to earn new Perk Card Packs, Legendary crafting components, consumables, in-game items, and even Atoms for as many Ranks as you can achieve. (Possible Rewards Below). While the repeatable XP challenge will only be available up to Rank 100, there will be specific new challenges for those past rank 100 which we will add to over time!

Players will be able to see the next possible reward in their S.C.O.R.E. progression bar just like normal. Each Rank Up after 100 takes the same amount of S.C.O.R.E. asit does to get from Rank 99 to 100.Be sure to go claim your rewards for the character of your choice back on the final spot of the Scoreboard!

Also look forward to new challenges for under certain ranks later in the season to help players catch up and unlock the rewards they want!

As with previous Seasons, our latest Scoreboard features 100 ranks for you to achieve, and a new suite of stellar rewards to unlock as you progress. That includes items like themed Power Armor paints, weapon skins, outfits, new C.A.M.P. objects, in-game currencies, consumable items, Perk Card Packs, and more!

For example, here’s a look at the West Virginia Slot Machine, an item that will offer you and your C.A.M.P. visitors a chance to put some extra change in your pockets. If Lady Luck is on your side, and the reels line up just right, you could win a jackpot of up to 1,000 Caps! 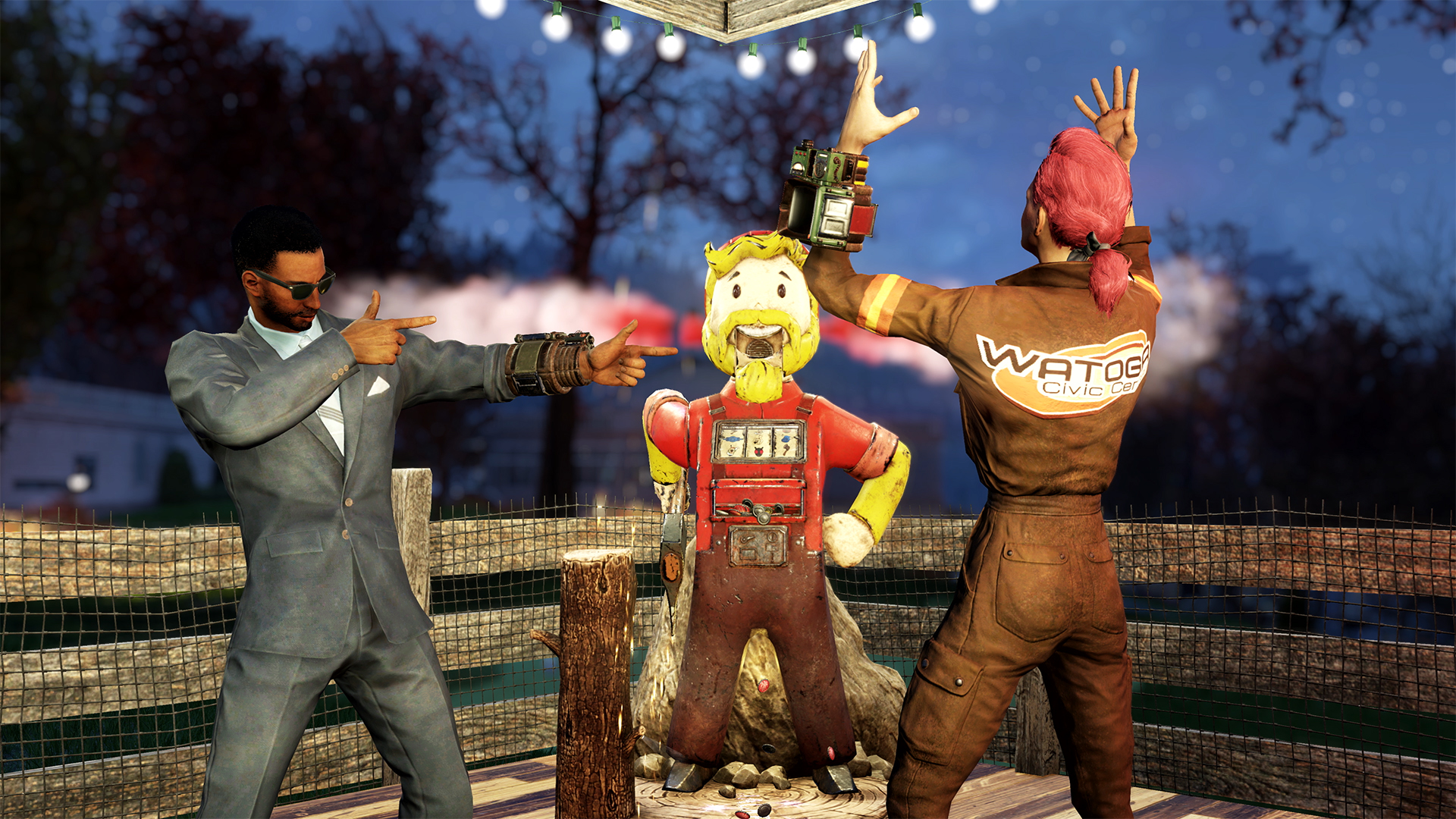 Season 7 will also introduce Xerxo and Katherine, two new Allies who you can unlock during your journey among the stars. They won’t send you on quests, but they will watch over your C.A.M.P. while you’re out adventuring, sell you any items they’ve scavenged, chat with you when you’re home, and impart you with temporary buffs. 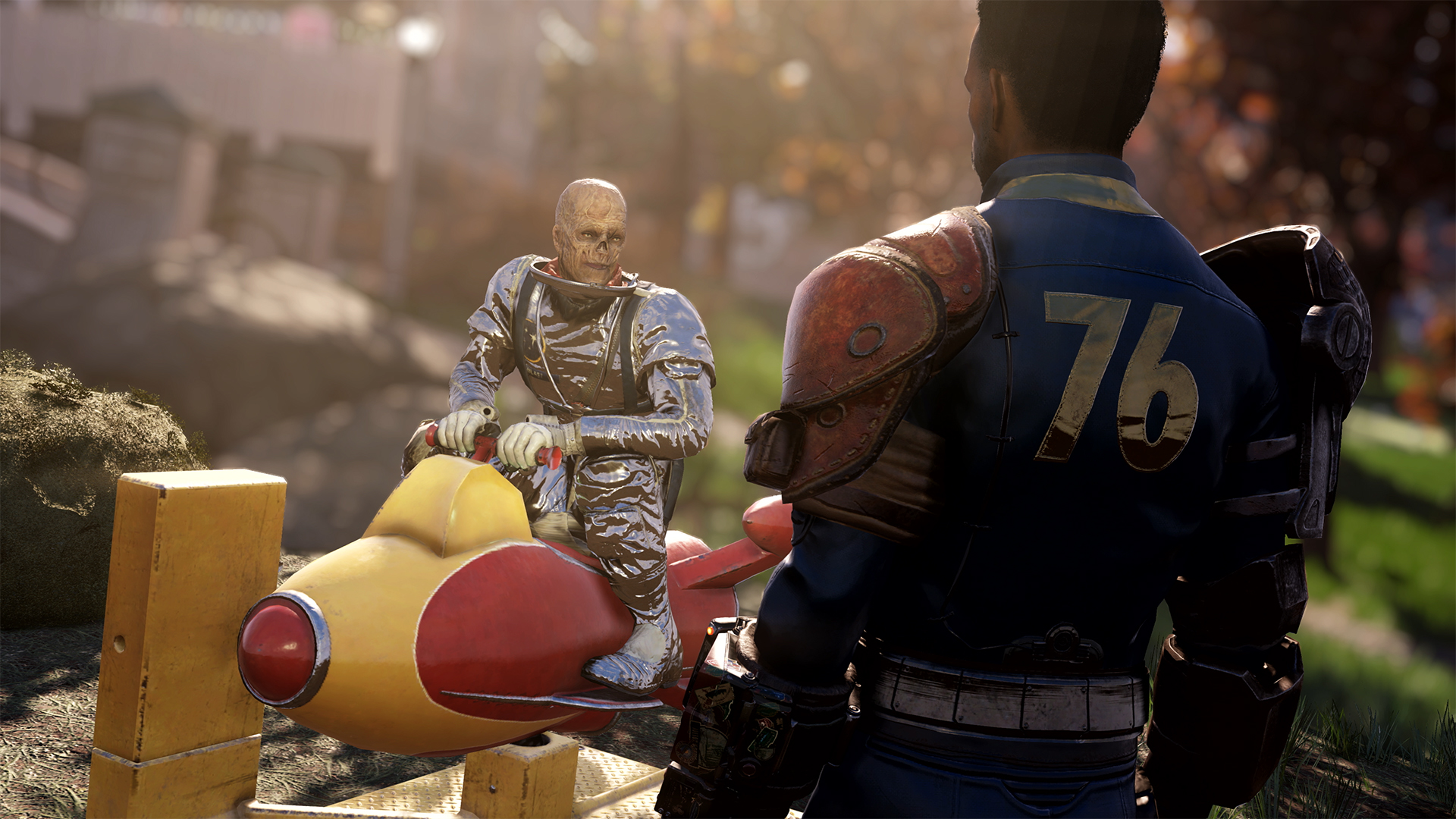 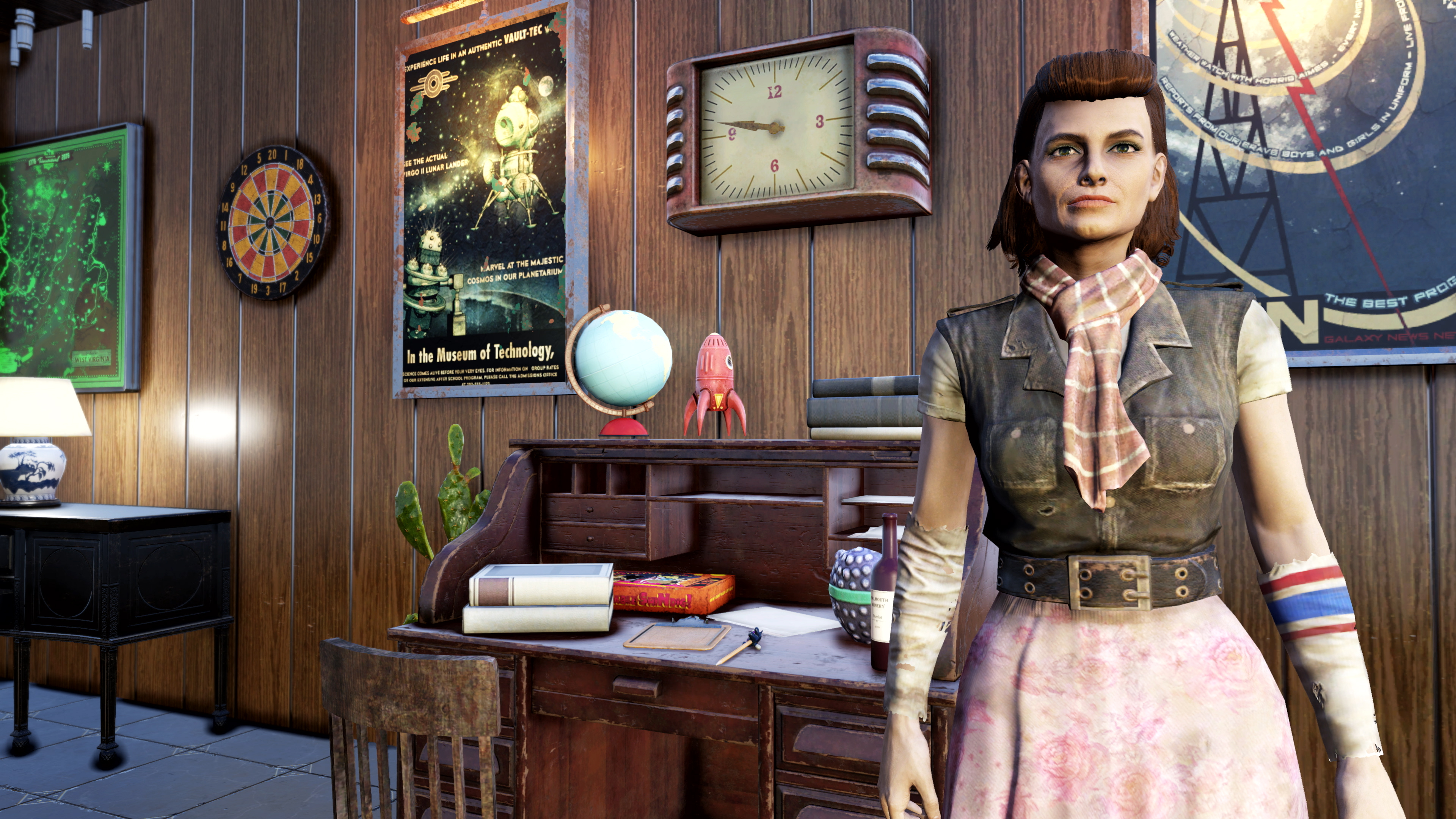 As Season 6 and our adventures with the Unstoppables come to an end, make sure to revisit the “Unstoppables vs. Diabolicals” Scoreboard to grab any rank-up rewards you earned that you may not have claimed yet. Dr. Zorbo is eager to set his plot for revenge in motion, and he’s going to order General Confusion to disintegrate any unclaimed rewards once the new Season begins on December 8.

A group of robed travelers have just arrived in Appalachia, and they’ve taken up residence at Point Pleasant to celebrate a dubious occasion known as the Mothman Equinox. Calling themselves “The Enlightened,” this sect of the Wise Mothman’s most devoted followers plan to summon the cryptid through an elaborate ritual. Aid their dark endeavors and fend off rival cultists to earn the Wise Mothman’s favor!

Until December 21, the Mothman Equinox Seasonal Event will take place every hour at the top of the hour at Point Pleasant in the Forest region of Appalachia.

Begin the event by speaking with Interpreter Clarence on the roof of the Mothman Museum.

As long the Mothman Equinox Seasonal Event is live, you’ll also encounter Cultist High Priests during your adventures throughout Appalachia. Hunt down and dispatch them for more chances to earn Mothman Cult themed rewards, but watch out for their shadow creatures!

Former (and self-proclaimed) Emperor of the Universe, Dr. Zorbo, has never forgotten his crushing defeat at the hands of Captain Cosmos during “The Legendary Run.” Now, Zorbo seeks to enact revenge by assembling a villainous crew, who will help him build a massive war machine he’ll use to obliterate the Captain. Here’s what’s headed your way during Fallout 76 Season 7, which begins today:

Community feedback plays an important role in how we approach shaping and leveling-up Fallout 76, and we love reading all of your ideas about what you’d like to see added to the game. With today’s update, we’re implementing a number quality-of-life improvements that have been suggested to us by many of you in the community. We hope you enjoy digging into them in-game, and that you will continue sharing your thoughts with us.

We’re bringing a variety of improvements to Public Events through some adjustments to the Public Event system itself, the addition of a reward preview to Public Event map descriptions, and a number of balance change across many of the events that are currently available in-game.

We’ve streamlined the way that Public Events become available in-game by making the cooldown times between events much more consistent.

We’ve adjusted the timers for the following Public Events to help them fit within the 20-minute Public Event time cadence:

A few Public Events, like Scorched Earth and A Colossal Problem, have special requirements in order to start and can be triggered at any time. That has not changed, and these events are not part of the timed Public Event rotation.

As mentioned above, you can now preview the rewards that are up for grabs at each Public Event directly from the event’s description on the Map.

Select an available Public Event on the Map to display its description, and view some of the big-ticket items that are possible to earn if you manage to complete that event successfully.

Previously, some of our Public Events could be a little too difficult, end in failure too suddenly, or even last too long. We’re implementing balance changes for a number of Public Events to help smooth out some of these rough spots and improve the experience of playing through them.

The campfire often died down too quickly, which could cause the event to fail more easily than we’d like. Now, the campfire will burn a little longer, giving you and your event mates some more time to feed the flames.

The Brahmin during Free Range were too fragile, so we’ve beefed up their resistances to help them survive more easily (though they will still need you to defend them).

Line in the Sand:

It seems someone out there in the Wasteland has found a way to hijack the airwaves to begin broadcasting their very own Pirate Radio Station! Open your Pip-Boy and tune into the new station to tap your toes to hours of new “muzak,”jingles, and catch a blast from the past with radio dramas and commercials from life before the bombs dropped. The audio interloper behind this rogue station has yet to reveal their identity, and until they do, you can at least enjoy some fresh tunes during your adventures in Appalachia.