COD Vanguard update 1.09 (1.009.000) is now available to download on PS4, PS5, PC, and Xbox One. According to the official Vanguard 1.09 patch notes, the latest update various bug fixes and quality of life changes. Apart from this, today’s COD Vanguard version 1.09 (1.009) also includes performance and stability fixes on all platforms.

Previously, a major update was released with new weapons, changes, and improvements. Unfortunately, since the last patch, players are experiencing several issues with the game.

Today’s Vanguard patch 1.09 will address a few of these issues. Read more details below.

’Tis the Season for Festive Fervor

Make your list of squadmates and check those corners twice: Festive Fervor is coming to Call of Duty with plenty of holiday surprises for both the naughty and nice.

Festive Fervor will take over several Call of Duty experiences, including Call of Duty: Vanguard and Warzone Pacific, with limited-time modes, events, rewards, and features up to the New Year along with plenty of discounts on classic Bundle and new holiday-themed offerings. 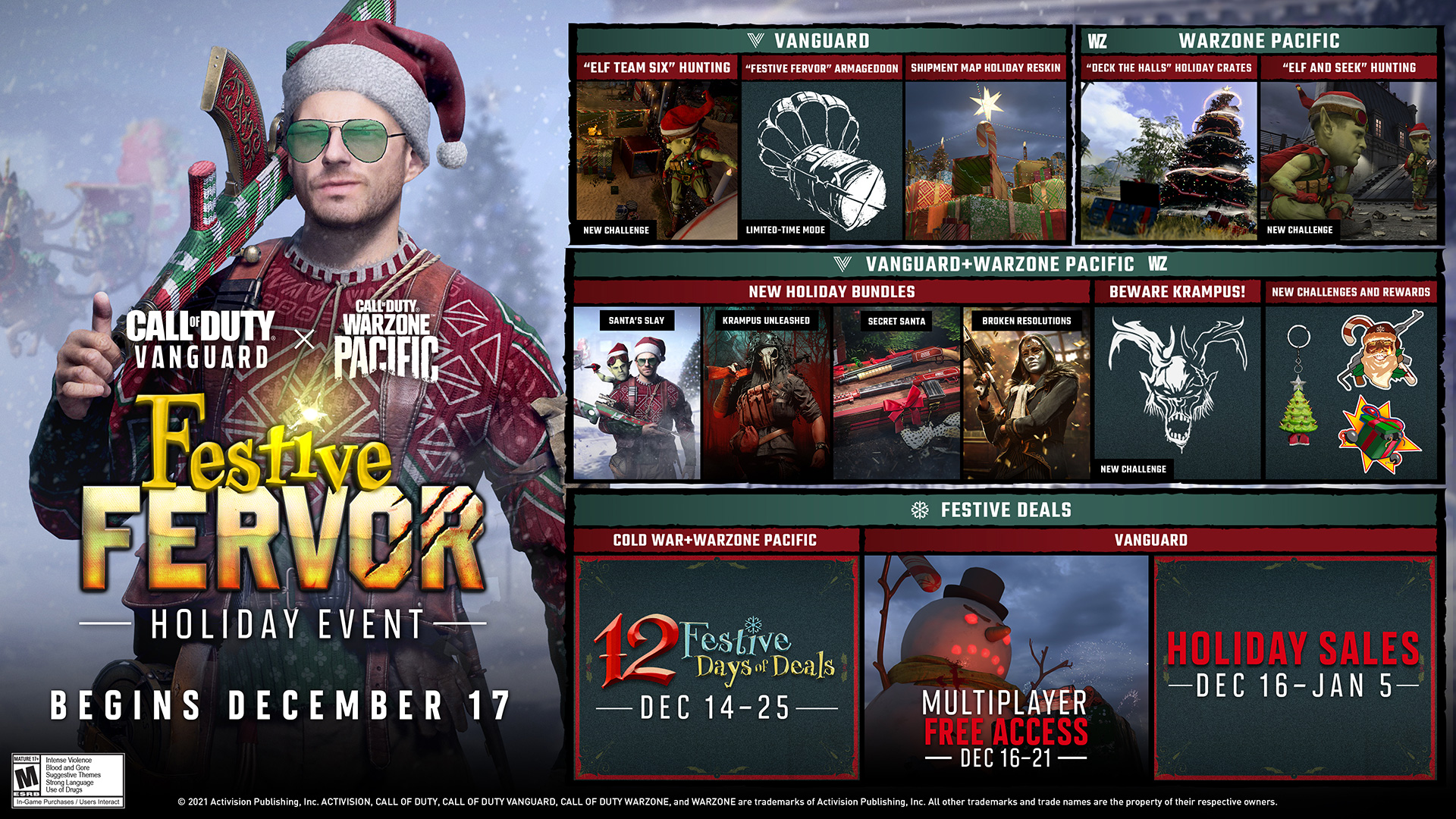 Vanguard Multiplayer, Zombies Decked Out for the Holidays, Limited-Time Modes and Features

At the start of a match, both teams will fight for control of a marked area somewhere on the map, where Care Packages will drop in on a set timer until a specific number of them are collected. At that point, the zone rotates to a new area.

Unlike previous iterations of Drop Zone, points are only scored through kills, with bonus points being awarded with kills earned via Killstreaks. That makes ripping open those presents your squad’s main key to victory, so lock down those zones and start reaping those rewards.

Outside of that limited-time mode, Operators can also earn Killstreaks through seeking and destroying the elite Elf Team Six.

Hidden around Vanguard’s Multiplayer maps, Elf Team Six are ready to roast Operators like chestnuts on an open fire if they aren’t found before they disappear.

Operators who take down these Elf Team Six members will earn match score and Killstreak progress, a small gift that could help give your enemies something far worse than coal in their stockings.

The folk horror figure Krampus is coming to Vanguard, appearing during Multiplayer matches and targeting whoever has the least impressive objective score, such as a pathetic Hardpoint time or a disgracefully low number of Domination captures.

Download free Call Of Duty Vanguard version 1.09 on PlayStation 4, PlayStation 5, and Xbox One.