Recently, a big update was released with new features, changes, and improvements.

Unfortunately, players are still experiencing a number of issues when trying to play the game. Today’s Black Desert patch 1.99 will fix a few of these issues.

● Manos equipment has been added to the game, giving access to the highest Lifeskill gear.
– For more information, please check out the Manos Gear Patch note – here

Other Changes and fixes

● Removed the text that explained that additional effects will be applied once Life Mastery is unlocked from the item description of Seafood Cron Meal and Ancient Cron Spice.

● The description for the Wooden Fence Gate has been modified to make it more natural.
● Added the following text to description of the Perfume of Courage, Perfume of Swiftness, Khalk’s Elixir, and the Elixir of Deep Sea: Only the effects of the last draught used will be applied.
● Ancient Ruins Core can now be purchased from NPC stores.

● The phrase ‘Uncheck the Auto Arrange box’ description in items that require combining, has been improved to make it more noticeable.

● Addressed a bug where name engraving on certain PEN(V) items would not show while the item was in the inventory.

● Addressed a bug where name engraved items that are PEN(V) would display incorrectly on the mount information page.

● Separated the shoes from the [Witch] Labreve Clothes.

● Separated the shoes and gloves from the item [Maehwa] Labreve Clothes.

● Separated the shoes worn upon equipping the [Hashashin] Domtur Armor.

● Changed the location of one of the ‘Shadow of Gahaz’ so that it no longer interferes with extracting the Essence of Garzar, which is required to proceed with the quest ‘[Valencia] Enervated Black Dragon’.

● Adjusted the AP and HP levels of the [Violent] Shadow of Gahaz that appears at Gahaz Bandit’s Lair to be suitable for the recommended AP level.

● Added the quest, “[Pet] Lauren’s Fluffy,” from which you can obtain a pet that can share your joys and sorrows throughout the long adventure.
– You can complete this quest once per family and must complete all of the quests in the Serendia main questline.
– Upon completion of this quest, you can obtain a Tier 1 pet, “Lauren’s Fluffy.”
– You can conveniently check this by opening Quest (O) and going to [ADV Support] Pets, Loyal Companions from the Suggested tab.
* You can proceed with the quest upon completion of the following Serendia crossroads main quests.
– [Crossroad] The Lamenting Head of the League of Merchants: The Eyewitness
– [Crossroad] Silence, We’re Done Here!: Restless Days
– [Crossroad] Each of Their Reasons: The Securing of Safe Passage
– Beginning of a Journey: Edan’s Party 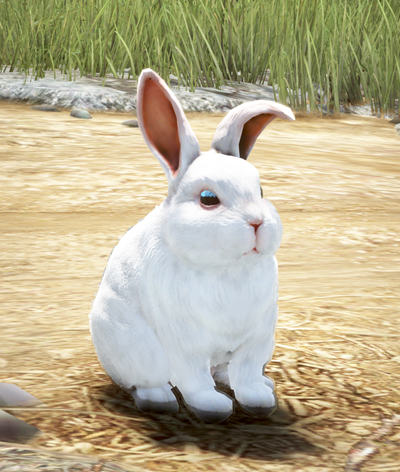 ▲ Lauren’s Fluffy, the Pet available from this quest.

● Editted the Knowledge of ‘Seafood Cron Meal’ so that it no longer states that the additional effects will be applied when Life Skill Mastery is applied.

● Changed the spacing in ‘Fughar’s Letter of Encouragement’ to make it easier to read.

● Changed the quest text for accepting “Watch Your Step While on Patrol” in Calpheon to read more naturally.

– It is said that Adventurers who help Karashu can see the light the device emits from the ancient teleporter.

– Make sure that you have your quest settings to show combat quests, which can be done through the quest window.

– To accept these quests, your character must be level 57 or higher, and have completed one of the quests below:

● Added energy potions as quest rewards throughout the Balenos to Mediah main questlines in order to ensure adventurers have enough energy to explore and learn knowledge in the vast world of Black Desert.

●Simplified the type of food items rewarded from the Balenos to Valencia main questlines to those that give Health EXP, such as Fluffy Milk Bread, Seasame Simit, and Simple Cron Meal.
● Improved the route for the ‘[Combat Promotion] Uncomfortable Sea Otter’ quest, and changed its objectives as follows:

● Changed the locations of Black Dragon Garzar and Weakened Black Dragons in Gahaz Bandit’s Lair. Also, Gahaz Bandits have been relocated to a certain distance further away from the NPCs in the vicinity.
● Changed the quest acceptance requirement from Lv. 57 to Lv. 60 for “Invitation from I,” which is the preceding quest for the last stronghold of the Ancients, Atoraxxion main questline.
● Changed to move directly to the Kalis Parliament in Calpheon City from the Serendia Shrine upon completing a Calpheon main quest, “A Disaster Foretold.”

– You can continue the quest by talking to Herman Feresio at the Parliament.

– You cannot accept “[Horse Emblem] Seal of the Secret Guards” if you have already completed it once.

– When the [Horse Emblem] Seal of the Secret Guards quest is already in progress in Trent, you can continue the quest.

● Fixed the Operation Plans in Biraghi Den so characters won’t collide with them.
● Completed accepted quests that required the old loot items that were obtained in monster zones before the loot item changes.

● Improved Illezra’s movement to appear more natural when she appears behind Tranan Underfoe during the quest ’Hammer that Wakes the Morning of Velia.’

● Improved the camera effect to appear more naturally when talking with Maudi Budar.

● Changed Jordine to disappear at a more natural point during the quest “Confronting Jordine.”

● Improved the start and end of the reminiscence dialog between Martha and Rafi that you can see after accepting the quest “[Atoraxxion] Too Adventurous” to appear more natural so that it feels like a reminiscence.

● Fixed the issue where the dialog for obtaining knowledge would appear for the NPC Aliba even after the Altinova Gateway node would be revealed on the map.

● Improved the presentation of the quest, “On the Top of the Spire.”

● Fixed the issue where the button for playing the cut scene during the quest, “[Awakening] Bree Tree Cave,” would be displayed in duplicates.

● Changed the navigation guide needed to complete the quest, “Calpheon Shrine,” to be more natural.

● Added more treasure chests placed throughout the main questlines from Velia to Calpheon.

● Decreased the number of Harpies you have to kill for the quest objective of the following quest: “Reclaiming the Ridge.”

● Changed the pigeons in Glish to fly away when you approach them.

● Added the knowledge for “Worn Orc Binding Test Records,” which is obtainable from the Marni Farm Ruins.

● Improved the quest, “[Valencia] Memories of Eliza,” so that the same item cannot be stolen when you have a “Lake Jail Key” during the quest.

● Changed the dialogue options for Annolisa Rosie in Calpheon and Neruda Shen in Altinova to display the ‘How to Use the Gold Key’ button for Lv. 60 or lower characters that have a Golden Key item.

● Changed the quest objective for ‘The Kingdom of Mediah’ to the following:

● Added a guide about stealing in the quest summary of ‘[Valencia] Afuaru’s Hobby’ and made the quest objectives clearer.

● Addressed a bug where the Suggested Quests tab incorrectly stated the level required for the quest ‘I’s Invitation’.

● Changed the location of the Dark Portal when the Cyclops was summoned in the quest ‘Retrieve the Sealing Stone.’

● Reduced the AP of Ronin by 25% in the quest ‘[Kamasylvia] Boss, Ronin’ to make the fight easier.

● Changed lines in the quest ‘A Much-needed Drop’ to make it more natural.

● As Troll Blood can only be obtained through a Fluid Collection tool, the quest ‘[Gathering Lv38] Defense Base Support III has been improved to flow more naturally.

● Changed the box at Northern Heidel Quarry to drop Silver and various items when broken.

● The Relief Aid Priest Laderr has appeared at the Abandoned Monastery node. You can purchase various potions and Atanis Fireflies from Laderr.

● Changed Freharau, chief of Glish village, so his facial skin tone is more visible at night, along with his permanent scar.

● When Advanced and Supreme Cooking Utensils and Alchemy tools are installed in a residence, the location of the UI indicating the name and remaining durability has been moved to be displayed above each tool.

● Fixed the issue where you couldn’t properly exchange Marni’s Stone when the collected Marni’s Stones in the inventory were located behind those that were not collected.

● Fixed the issue where certain items would disappear when selling the same item on the Central Market while holding the Rich Merchant’s Ring.
● The Helmet and Armor have been renamed in Mystic’s Karlstein Outfit to Hat and Clothes respectively.
● Certain geographical features have been corrected.

● Fixed the issue where the awkward motion that appeared when previewing Premium Sets of Sage in the Pearl Store.

● Addressed a bug where in certain situations, the camera would not work after previewing certain costumes for the Witch in the Pearl Shop.

● Addressed a bug where the Mystic Class voice would play abnormally loud during the Black Spirit Training mdoe.

● Addressed a bug where a character could be moved to abnormal locations in specific situations in the Serendia region.

● Addressed a bug where you could go to the character selection window, even if your character was not in standby mode.

● Addressed a bug where the key guide would display incorrectly in certain residences when entering placement mode.

● Addressed a bug where [Lahn] Desert Camouflage Weapons and Offhand could not be dyed.

● Addressed a bug where name-engraving would not show on items when placed within mount storage. .

● Addressed a bug where in certain circumstances, when an item successfully enhances to PEN (V), the icon would not display it was enhanced while in the enhancement window.

● Addressed a bug where certain windows that contain a checkbox would display and unchecked box when the UI was first opened.