Previously, a major balancing update was released with various tweaks and quality of life improvements.

Attack increase depending on the number of players in game has been reduced. (Check galaxy balance changes) 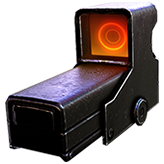 Description for ammo based relics added

Negative effects on relics now have a different color

Changes to the ordering of relics

Cheat programs, trainers, and other data manipulation attempts can lead to players being detected as hack users and can be restricted from multiplayer mode without notice.

Download free Anvil patch 9 on PC, PlayStation 4, and Xbox One.