Recently, a big update was released with Operation: Buried Debts as well as a long list of bug fixes and gameplay improvements. Unfortunately, since the last update, many players were experiencing a number of issues when trying to play. Today’s Warframe patch 1.71 is expected to fix all these issues. Check out more details below.

Added a suite of improvements, including updated terrain textures, dynamic lighting, richly detailed trees and foliage, as well as a more nuanced day/night cycle. We’ve also added new critters with Plains Conservation, a new Tusk Thumber enemy, and have made much needed changes to the Plains/Cetus economy. Read on to learn more!

You can now track and tranq animals in the Plains! Master Teasonai will be your source for Echo-Lures and Rarity Boosters as you track down, capture and get these animals to safety. Echo-Lures are not required as these animals continually roam the Plains, but calling them will bring them running (or flying!).

A new Conservation Badge and Floofs from Master Teasonai await your efforts.

MERGOO
An avian of ridiculous appearance found along coastal regions and by large bodies of water. Mergoo circle and squawk at the sight of marine predators. Many an Ostron fisher owes their life to these odd little birds. Killing one is considered very bad luck.

New Kuaka and Condroc variants can also be found throughout the vast Plains of Eidolon!

Without a vulnerability to use to your advantage, you’ll need to identify and expose their weak spots to take them down as quickly as possible. Take too long, and they’ll release reinforcement drones.

Make sure to visit Nakak and get your Tusk Thumper Floofs by trading in Resources! There’s one for each type of Thumper, collect them all!

With Fortuna’s release, we applied some general economy changes based on takeaways from Cetus. Now that we have returned to Cetus and the Plains of Eidolon with a remaster, we are applying some ‘Economy Remaster’ changes to go with the changes in an effort to apply our continued learnings. Change is the name of the game – thank you for all feedback on our economies and for being receptive to change!

Find the Korrudo in the Market, or as a Tusk Thumper drop!

We have added a new Option called “Creator Mode” in your Gameplay settings! This exists to help players and Content Creators with a simple principle: no distractions, no spoilers.

When this is toggled on: 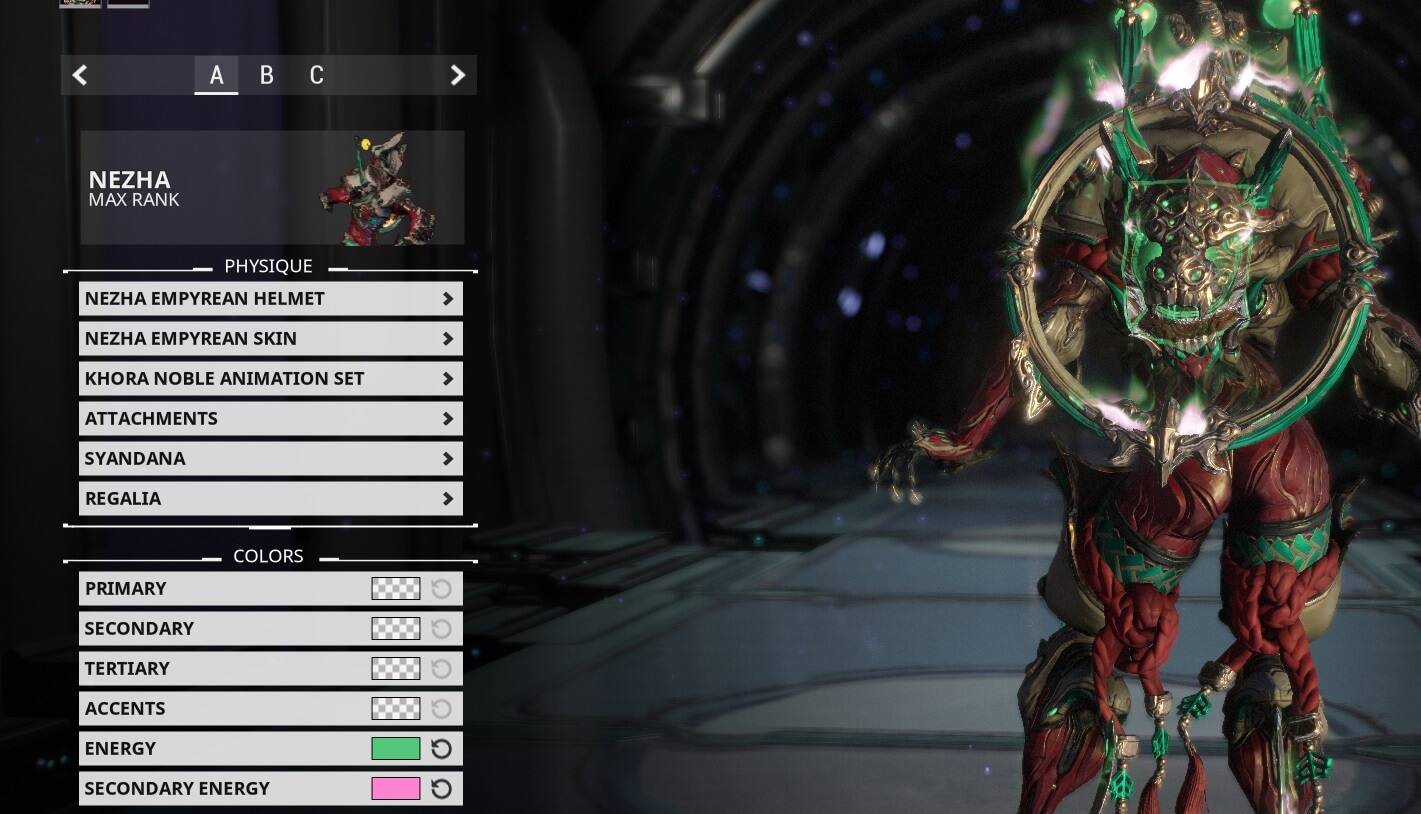 Fashion Frame just got a little more energetic! We have now added a SECONDARY Energy customization slot in the Arsenal! This is simply a free added bonus when Forma’ing gear.

All Gear can unlock this once Forma is applied! All non-Forma compatible goods (Syandanas, Etc) have this automatically.

Players who can handle an increased challenge are now able to opt-in to making their Thermia Fracture’s more difficult! We have added a method to allow players to increase difficulty and lower the overall duration needed to complete 4 Fractures.

Fracture Burps happen on a random timer (5-15 seconds) and randomly selected from the list below:

As many of you are aware, Warframe has been adapting and changing up gameplay to make it smoother and much more ‘Space Ninja’ in its action. Recently we have seen the introduction of the Melee Rework: Phase 1 (which is still in progress), but as an interesting side effect, we have found that some new systems that we have introduced could potentially be applied to other game systems… in this case, Ability use.

Removed “cast on ground” requirements for the following Warframe abilities:

Additionally, the following abilities require ground to activate, but can now be cast in the air and will do a melee-esque slam to the ground:

Having a ‘signature’ weapon now has a ‘signature’ effect for your benefit!  There are still a few signature weapons that will receive this treatment (Scourge, Hystrix, etc).

Assassins and The Wolf of Saturn Six Changes:

Assassins (Stalker, Wolf of Saturn Six, The Grustrag Three, Zanuka Hunter, etc) now scale levels based on player counts, not based on the weapon levels of the target player.

Fixes:
Expand the spoilers below for list of notable fixes!

Warframe update 1.71 is now available on PS4 and Xbox One.