Warface update 2.34 is now available for PS4, PC, and Xbox One players. According to the official Warface 2.34 patch notes, the latest update added new changes, bug fixes and improvents. Apart from this, Warface version 2.34 also includes a fix for the error with beetles in “Swarm”.

Previously, an update added new features as well as bug fixes and gameplay changes. Unfortunately, since this update, many players were experiencing a number of issues when trying to play the game.

We invite you to take part in the celebration of an amazing holiday – the Chinese New Year, also known as the Lunar New Year. This is a traditional holiday in China and other East Asian cultures, which lasts about seven days. During the celebration, streets get decorated with red lanterns, and people give each other red envelopes. Like Christmas, this is a family holiday usually spent with loved ones enjoying delicious dishes in the family circle.

2022 is the year of the tiger according to the lunar calendar. The new “Water Tiger” series was inspired by this mighty predator. It includes: Tactical Axe, Rhino 60 DS pistol, camouflages for them, gloves, a helmet, a weapon charm, special contracts and a set of achievements. In a word, everything necessary to immerse yourselves in the festive atmosphere. 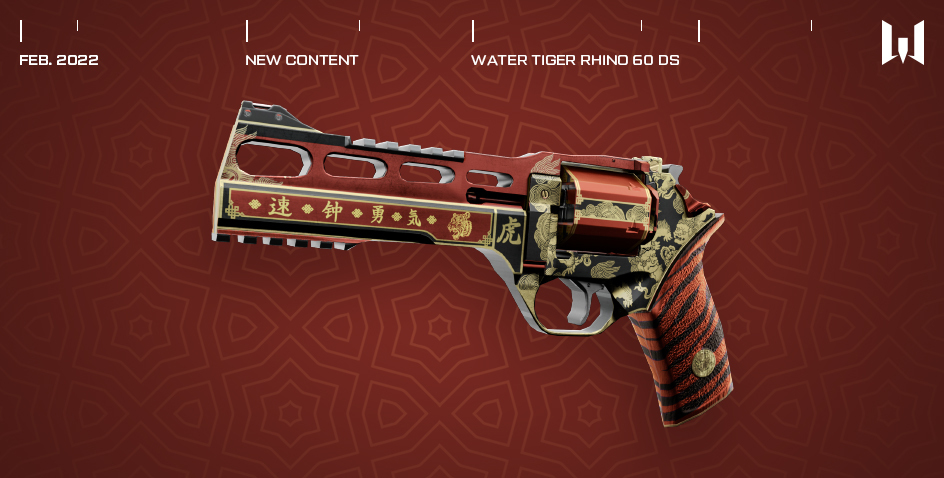 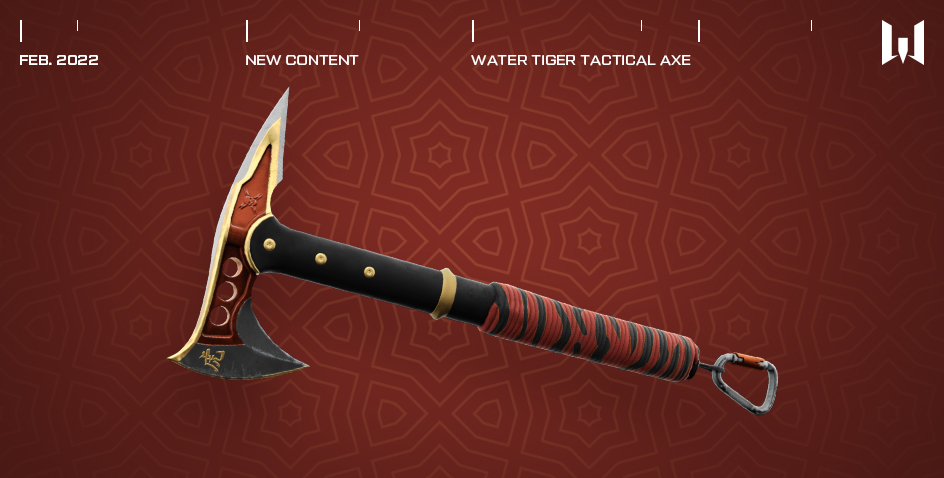 The “Water Tiger” camos and gear can be received via a special contract dedicated to the Chinese New Year.

You can get beautiful achievements, a unique charm, Water Tiger camos and gear via a special contract dedicated to the Chinese New Year. 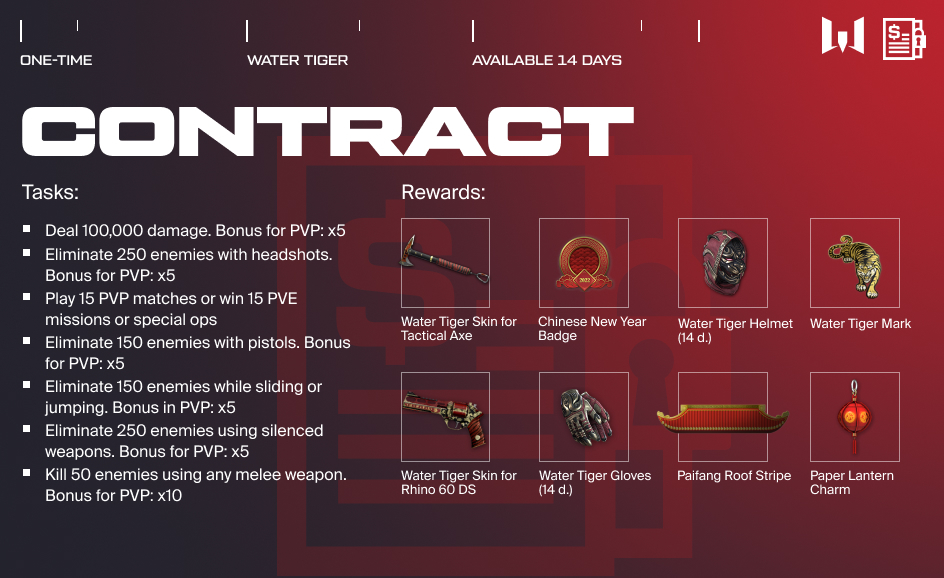 Download free Warface update 2.34 on PS4 and Xbox One.