Uboat update B131 is now available to download on PS4, Xbox One, and PC players. According to the official Uboat patch notes, the latest update added a Christmas tree placeable in the control room, localization updates, and bug fixes.

Since the last patch, players are still facing several issues while playing the game online. Today’s Uboat patch B131 will fix these issues.

First of all we wanted to wish you a Merry Christmas and a Happy New Year!!! A big thank you to all of you for your great support!

We added a Christmas tree placeable in the control room to get you into the holiday spirit while playing. You can add or remove it by talking with the warehouse worker about upgrading your ship.

In this version UBOAT is available also in Japanese thanks to incredible work of Surumeika1987, Largo, [JP]AWPsan and 泥遊戯!\

There were also major updates to other languages:

We and the whole UBOAT community deeply appreciate your work. Thank you!

We added numerous new effects to the game that should increase the immersion during play-time:

You will now be sometimes accompanied by these heavily armed warships.

In the current version, you will encounter them mostly on Mediterranean during a newly added mission type that we will describe in a minute below. 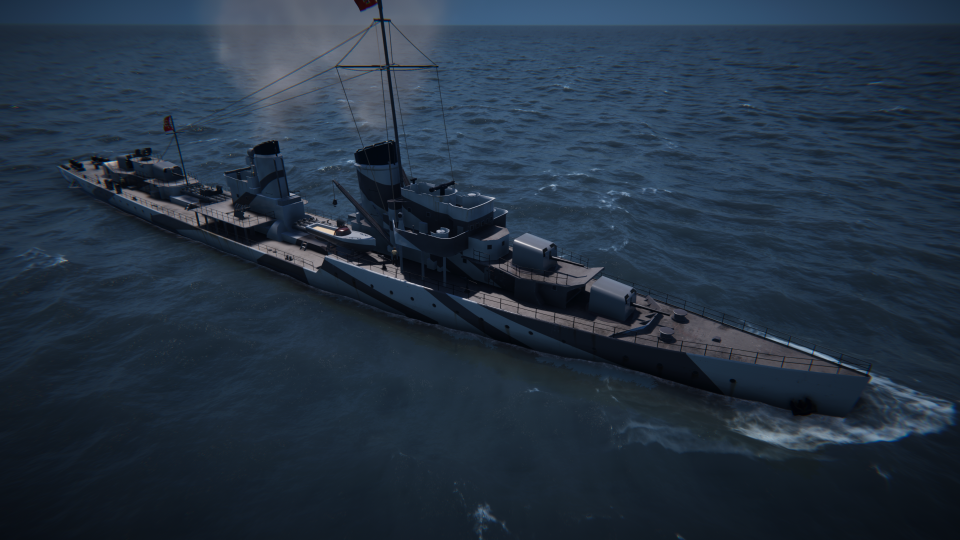 We added a compass to the main user interface. It will increase your overall awareness by informing you about nearby enemies, mission objectives and ports. 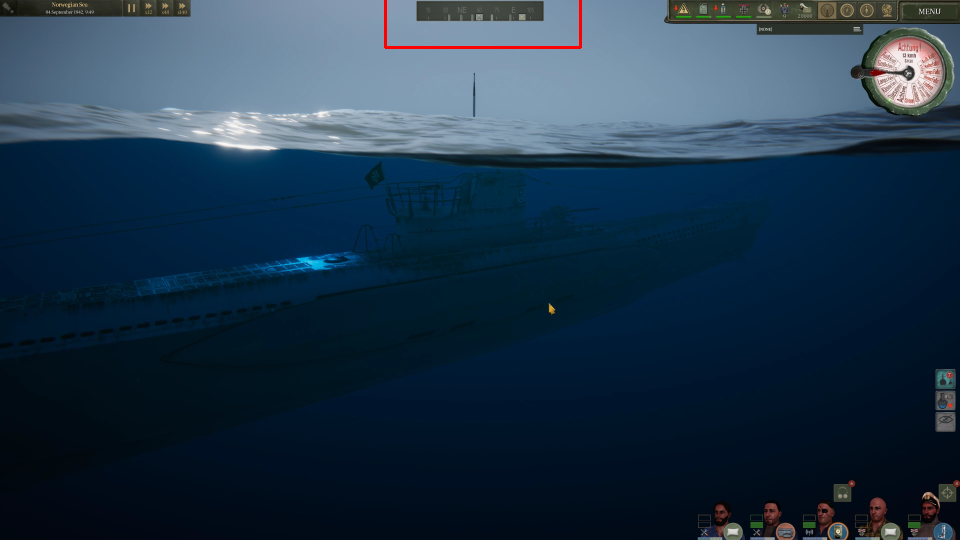 Routinely performing hydrophone checks of your surroundings was quickly becoming old. For this reason, we added a button that performs this procedure automatically. Once you click it, the boat will dive to an optimal depth, radioman will listen there for 5 minutes and then your u-boat will surface and replenish air – all done automatically.

This update introduces a new mission type – escort duty for troopships travelling towards Africa. You will be assisted by German destroyers acting as the last line of defence, while your own objective is to detect incoming enemies and sink them before they reach the convoy.

In this version we added many small changes that should contribute towards making the sea feel more populated and make it easier to find targets for yourself.

We also ensured that English Channel is more dangerous with numerous warship and aircraft patrols.

Many things about the periscopes and UZO were improved:

We know that this change has been requested a lot – from now on, if you play in FPP and activate a device, you will then enter directly into its manual mode, without entering the intermediate TPP view.