SCUM update 0.6.X is now rolling out for players on PC(Steam). According to the official SCUM patch notes, the latest update added a new dedicated Main menu screen with the dynamic theme and much more.

Since the last patch, players are experiencing problems with the game. Today’s SCUM patch 0.6.X will fix a few of these issues.

To start off lets begin with the Seasonal items. The Holiday season is upon us and we’ve been smitten with the Christmas spirit. As always we have a new dedicated Main menu screen this time with the dynamic theme! 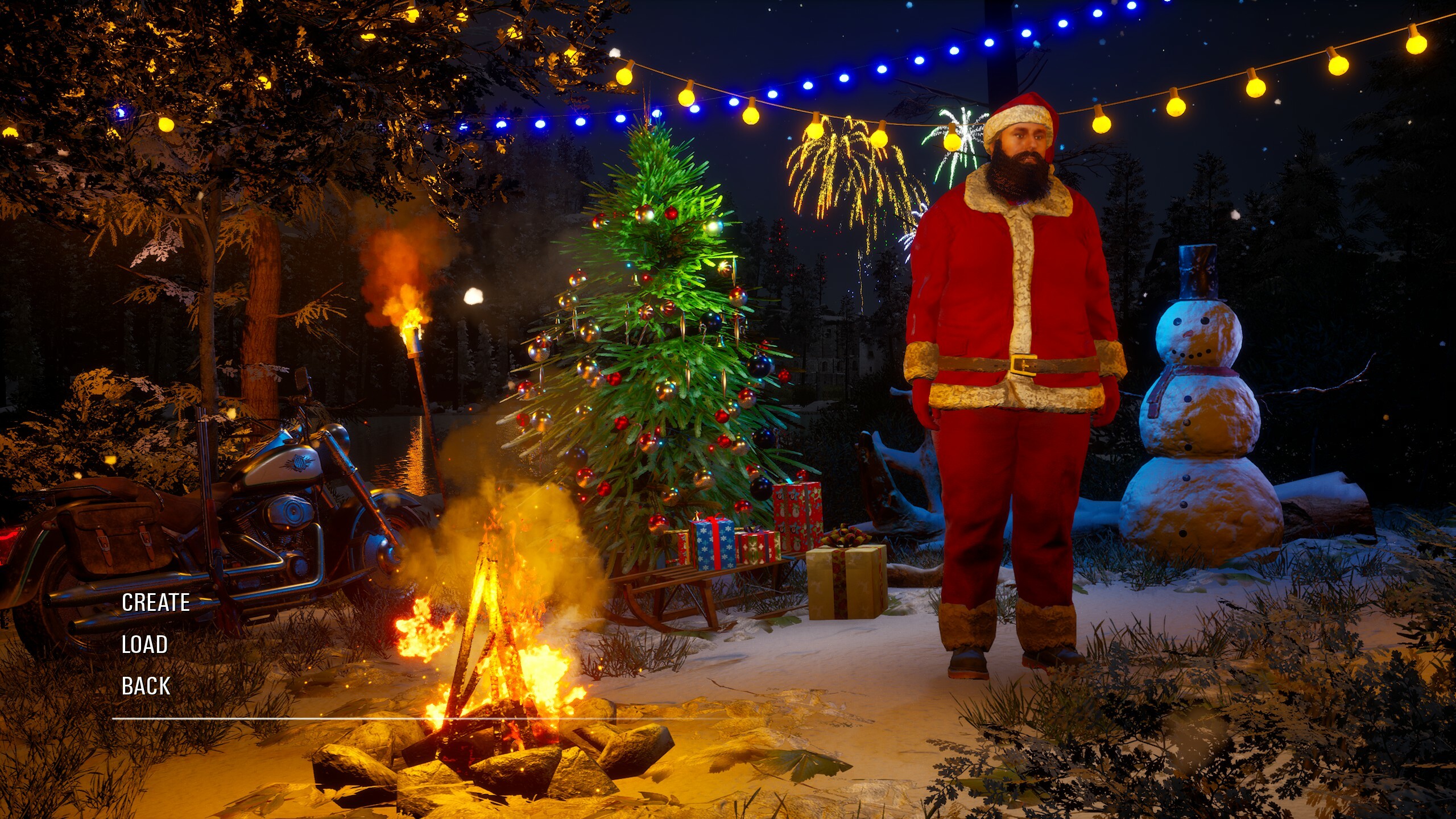 But it’s not all cosmetic, if you are a good little prisoner this year and hardworking there is a chance that Santa might visit you and bring you a present. Now Santa works in mysterious ways and told me if I write how he works here I will be put on the naughty list. Now how am I not already on it beats me, but I’m not taking any further chances.

Christmas decorations are also making a return so make sure you decorate your bases with trees and decorations, who knows it might be useful if Santa decides to visit you on Christmas!

Next up highly requested one since we introduced motorcycles! Get your motor running, shine your leather pants and get the brothers. Time for a road trip in style! 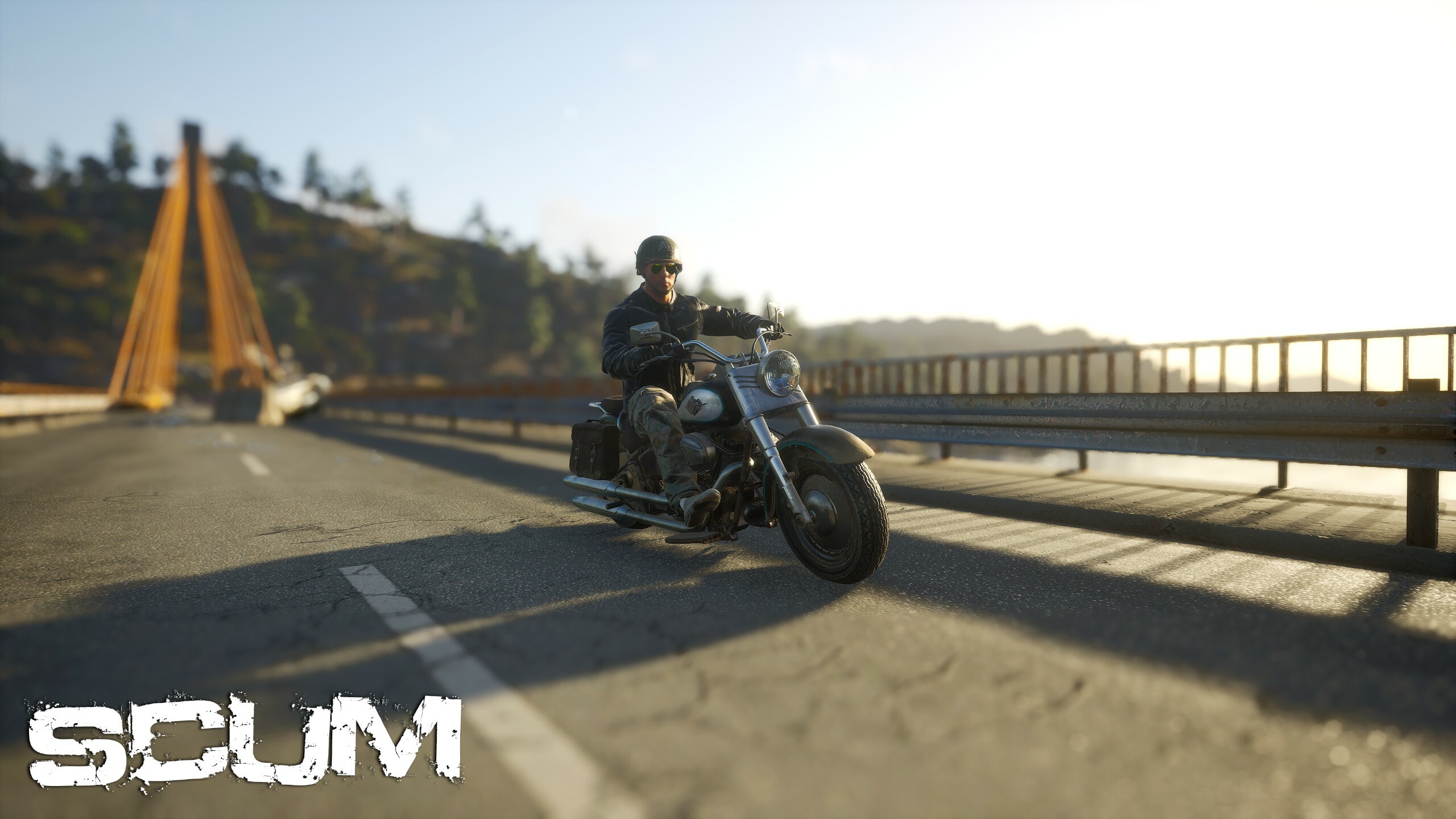 The chopper/cruiser type of the motorcycle is now on the island! And let me tell you know they are cool af!

Just make sure you have enough gas, some food for the road and ammo for road pirates!

Also a highly requested feature and just in time to shoot reindeers out of the sky (this is a joke, we did not add flying reindeers), The double barrel shotgun is in! 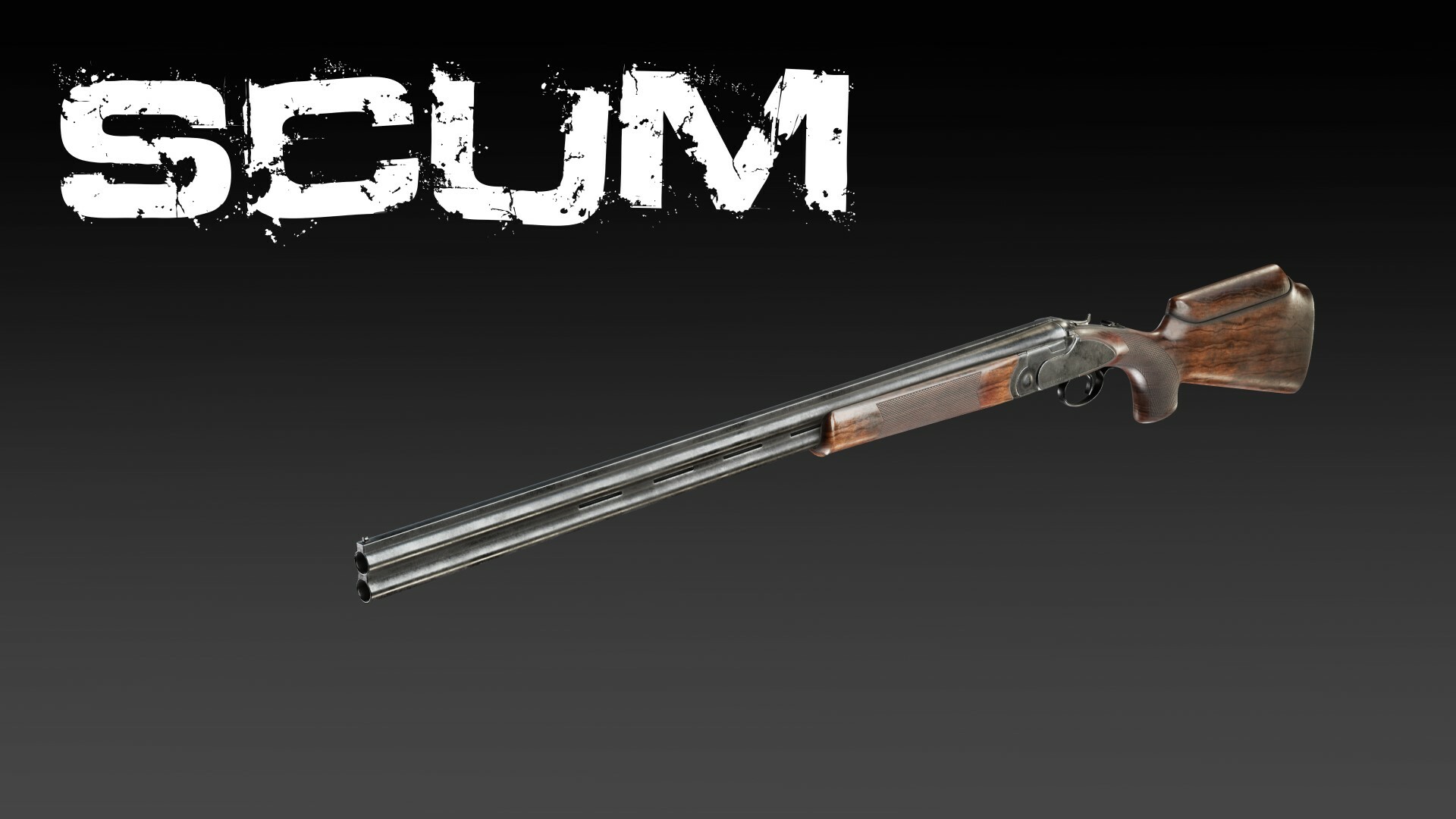 The ol reliable, perfect for hunting trips. You know since it only chambers 2 less chance to shoot your buddy once you have a couple of beers in your system.

You might’ve already seen a certain someone wearing this and posting it on social media. Well we thought it looked that good we decided to add it in the game. After all we received the real thing and had the perfect reference. 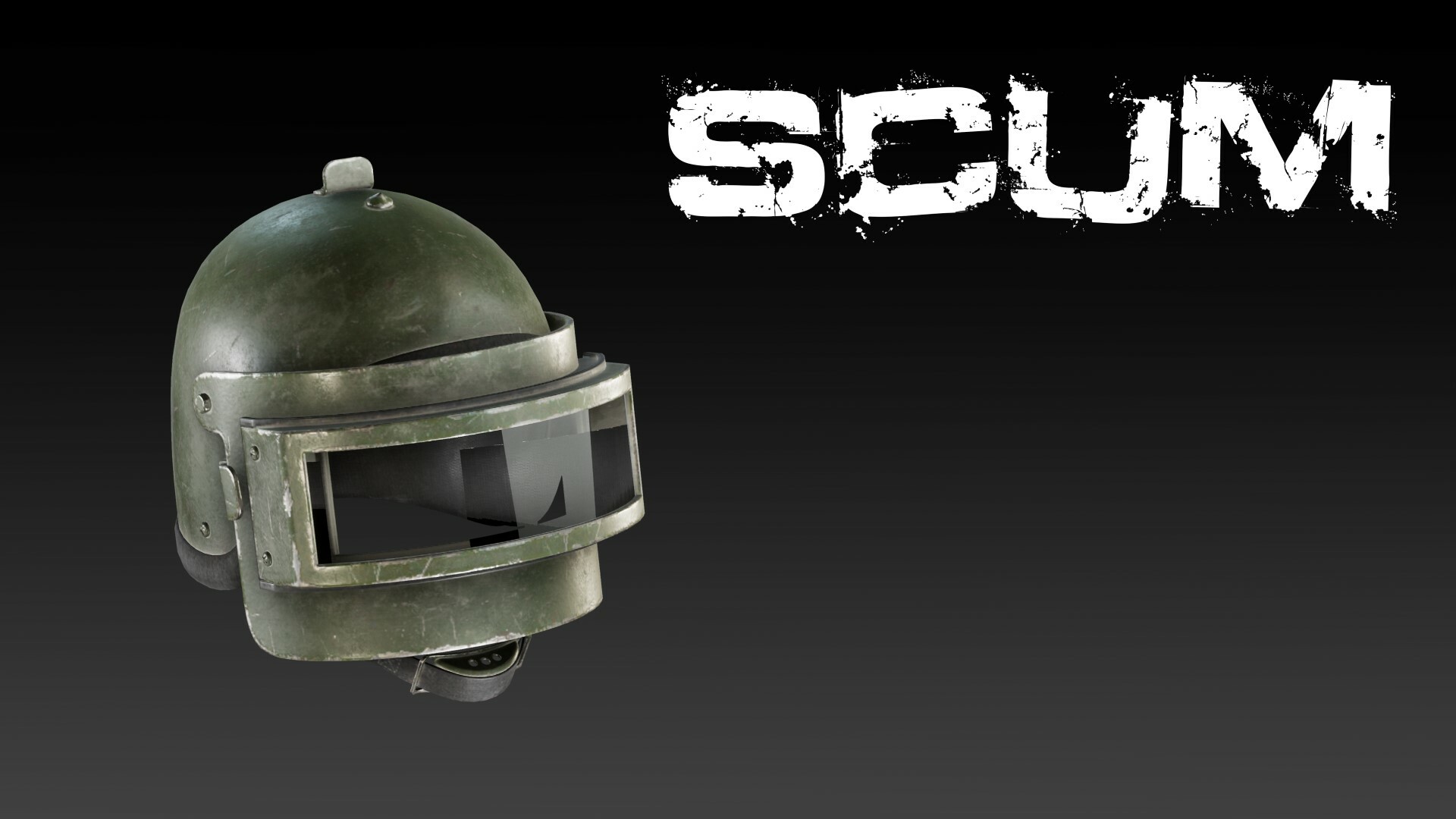 This helmet is the best head protection you can have! Able to stop almost all small caliber rounds and reduce the damage from some rifle ones it is the perfect pointman protection.

Next up is something we wanted to do since the first talks of revolvers and also requested by you. You can now play Russian roulette with the revolvers. The process is really easy! First up you load a round in the revolver. Then right click in inventory and choose roll drum.

The round is now randomized and you can choose to either fire at someone else or choose another option.

On this second option you have either 2 outcomes: safe.

So no more arguments or voting in groups, settle disputes like men.

Now for a big feature we wanted to implement last update but was not completely ready. We have worked on the temperature system a lot. As with the metabolism rework introduced, temperature became a major factor to look out for on the island. You can’t just hop a lot of gear with 4 layers of clothing and sprint around the coast with no consequences. So cooling off is a major factor in optimizing your characters performance. Now we have revamped the way sunlight and shadows work on the island.

In real life if you feel you are suffering from extreme heat what would you do? Well go into nice cool shade ofc. But no game out there offered that function. No game till now! If your character is sweating profusely just get into some shade and cool off. Don’t believe it works? Well we added a new item as well. 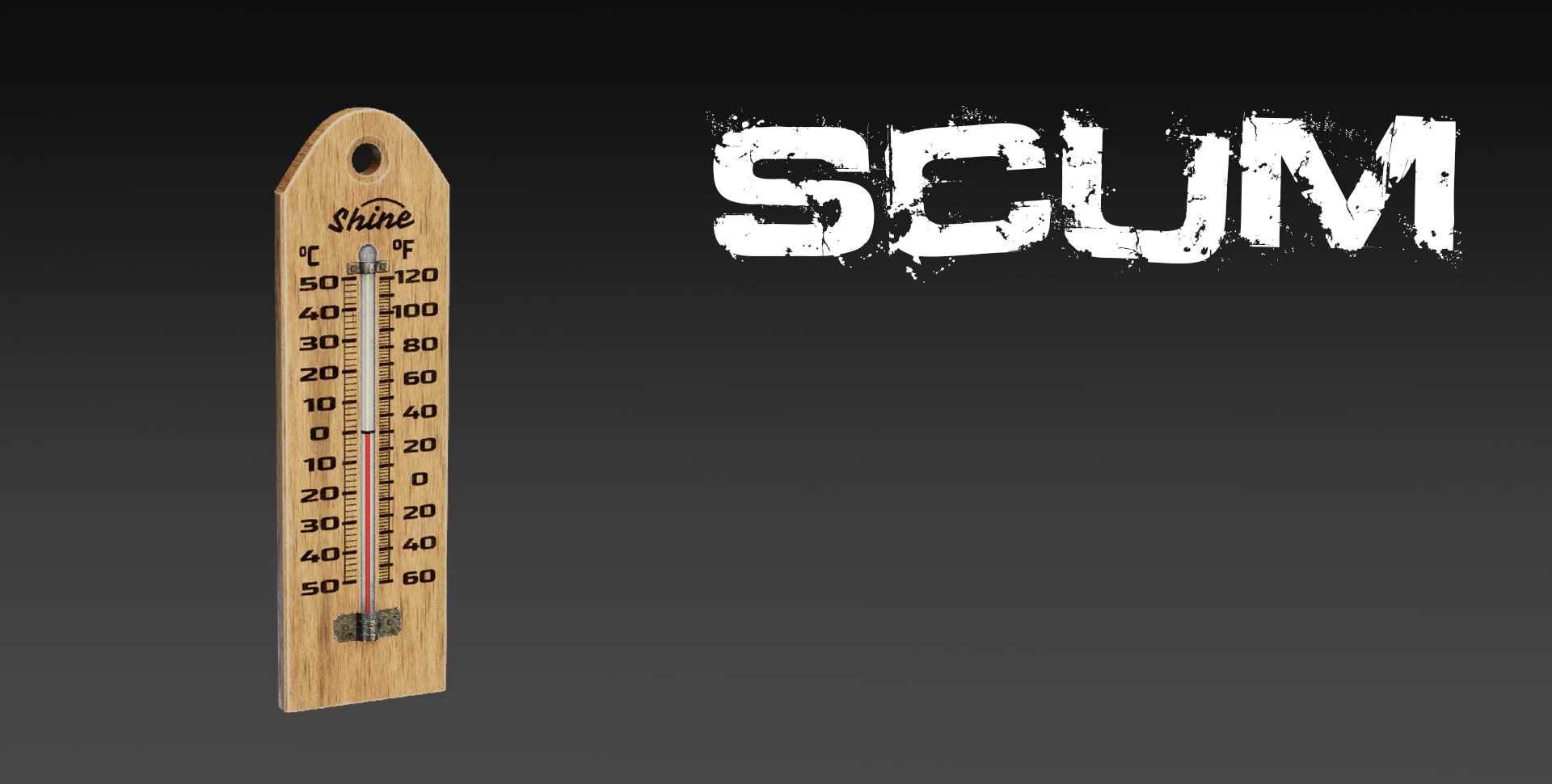 The thermometer will show you that it’s true. You can equip one and hold it in your hands and it will show you exactly the temperature of your surroundings. 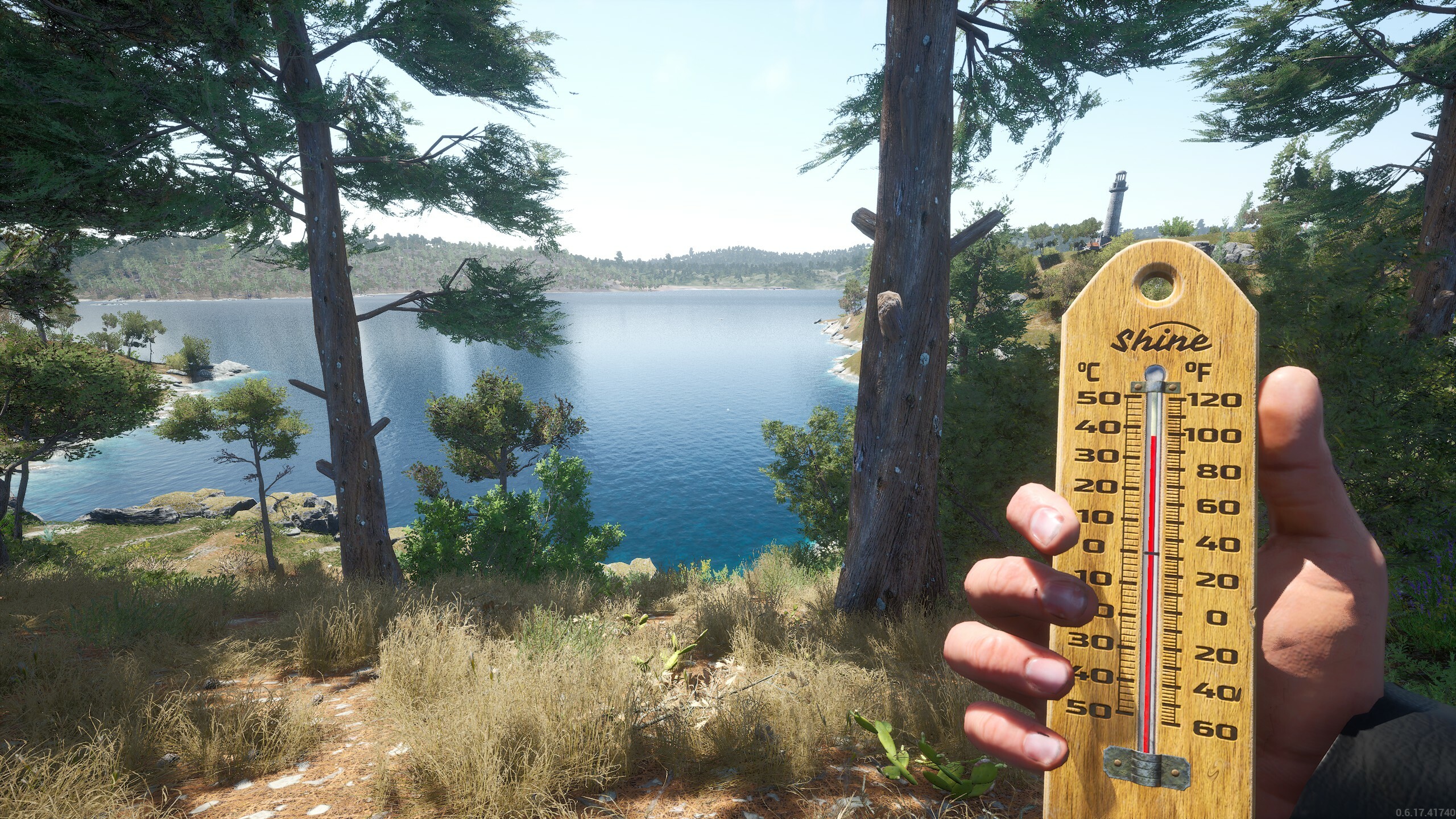 Temperature in the direct sunlight. 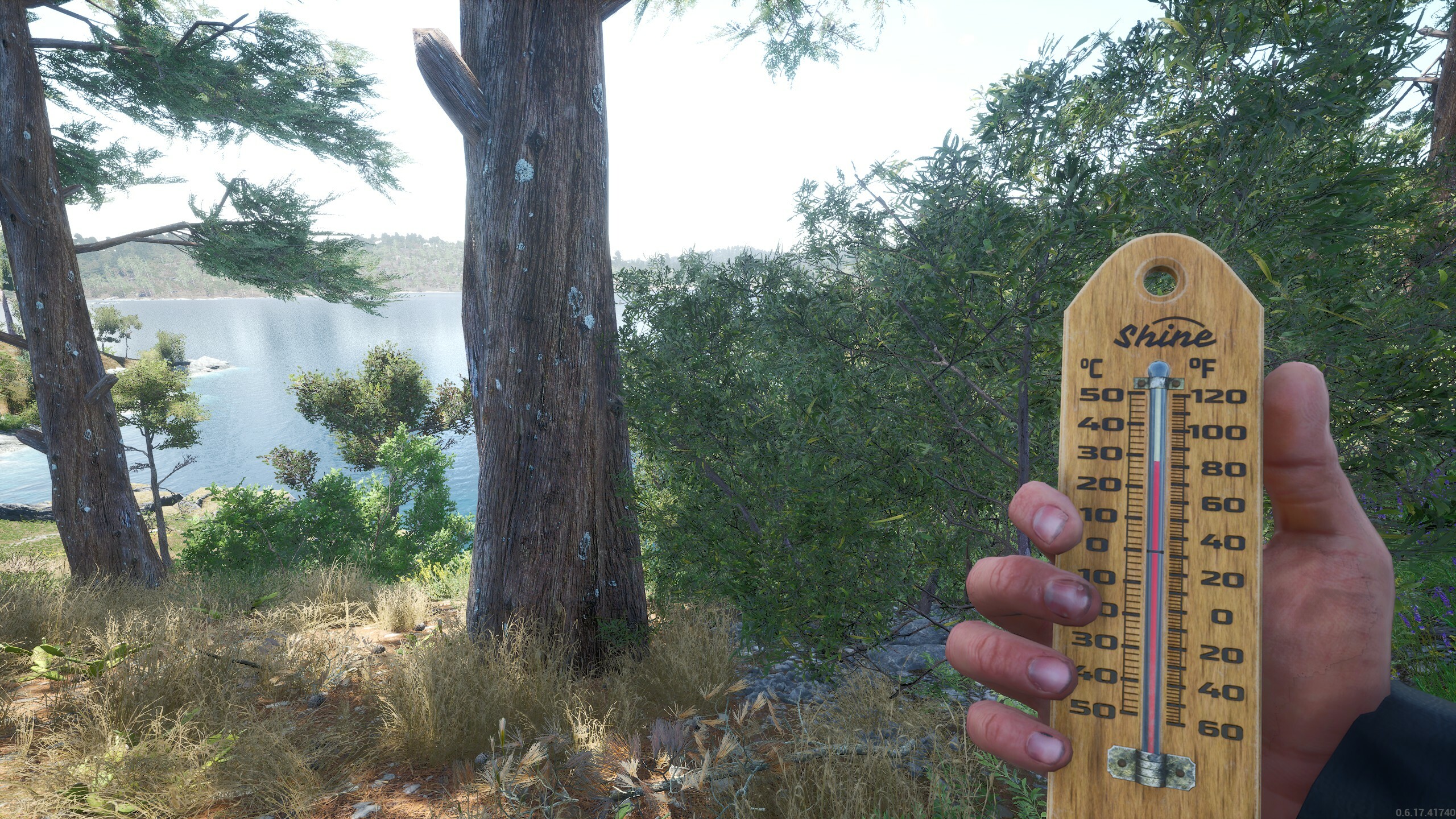 A few meters beside in the shade.

You have a lot of terrain on the SCUM island and now you can utilize it even more to better optimize your travels and your character by watching your temperature.