Previously, a hotfix was released with various fixes for crashes and more. 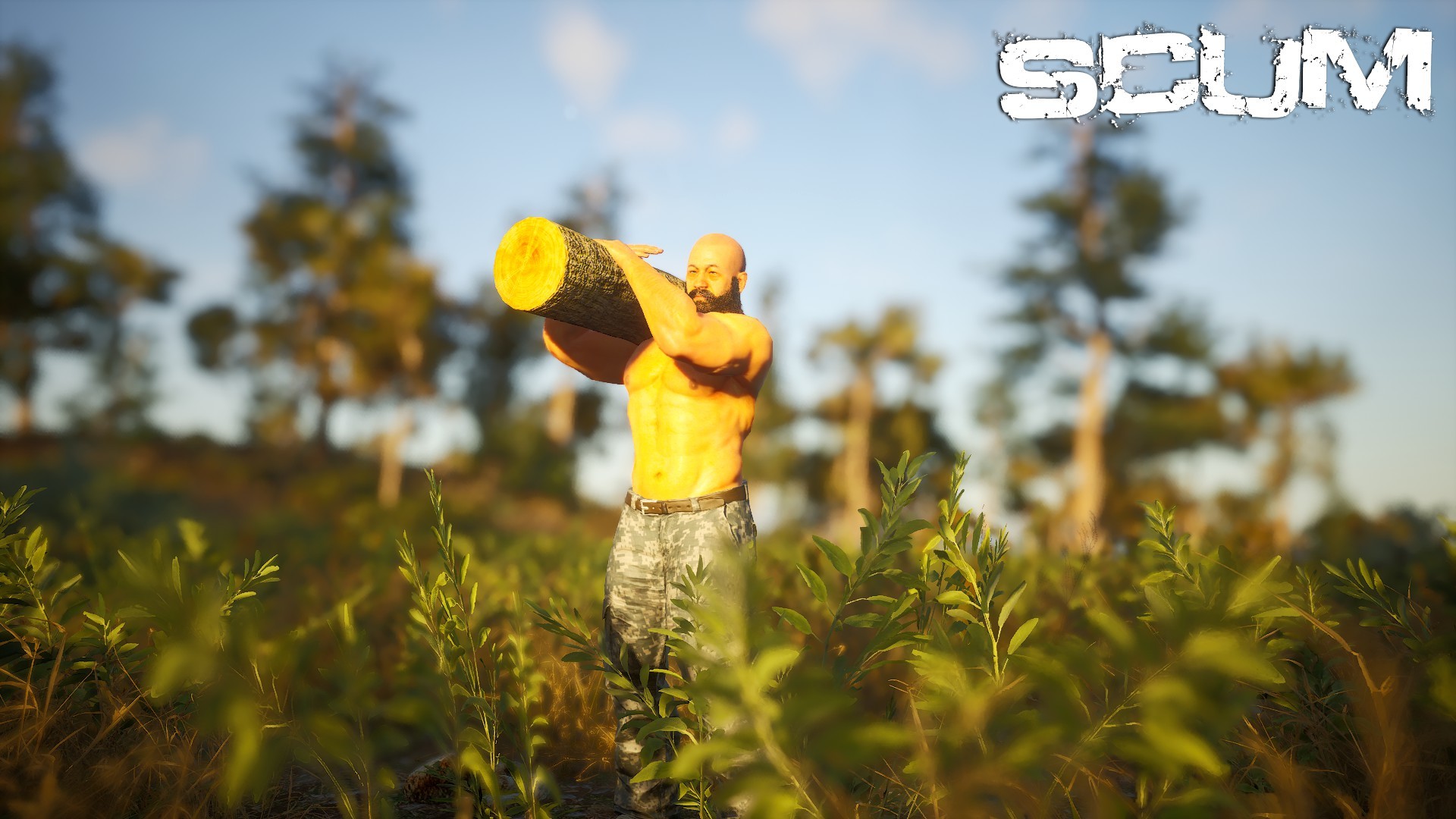 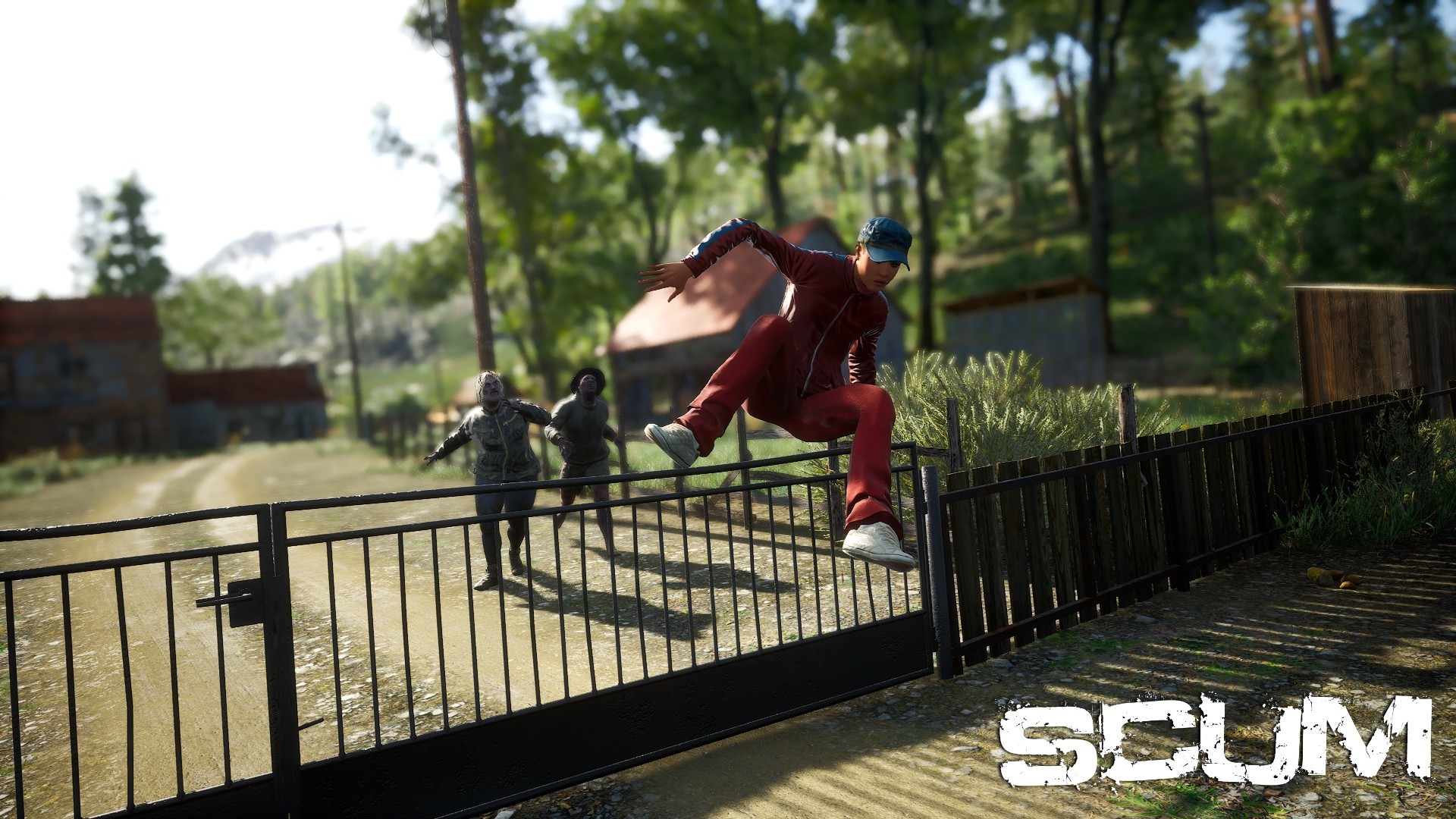 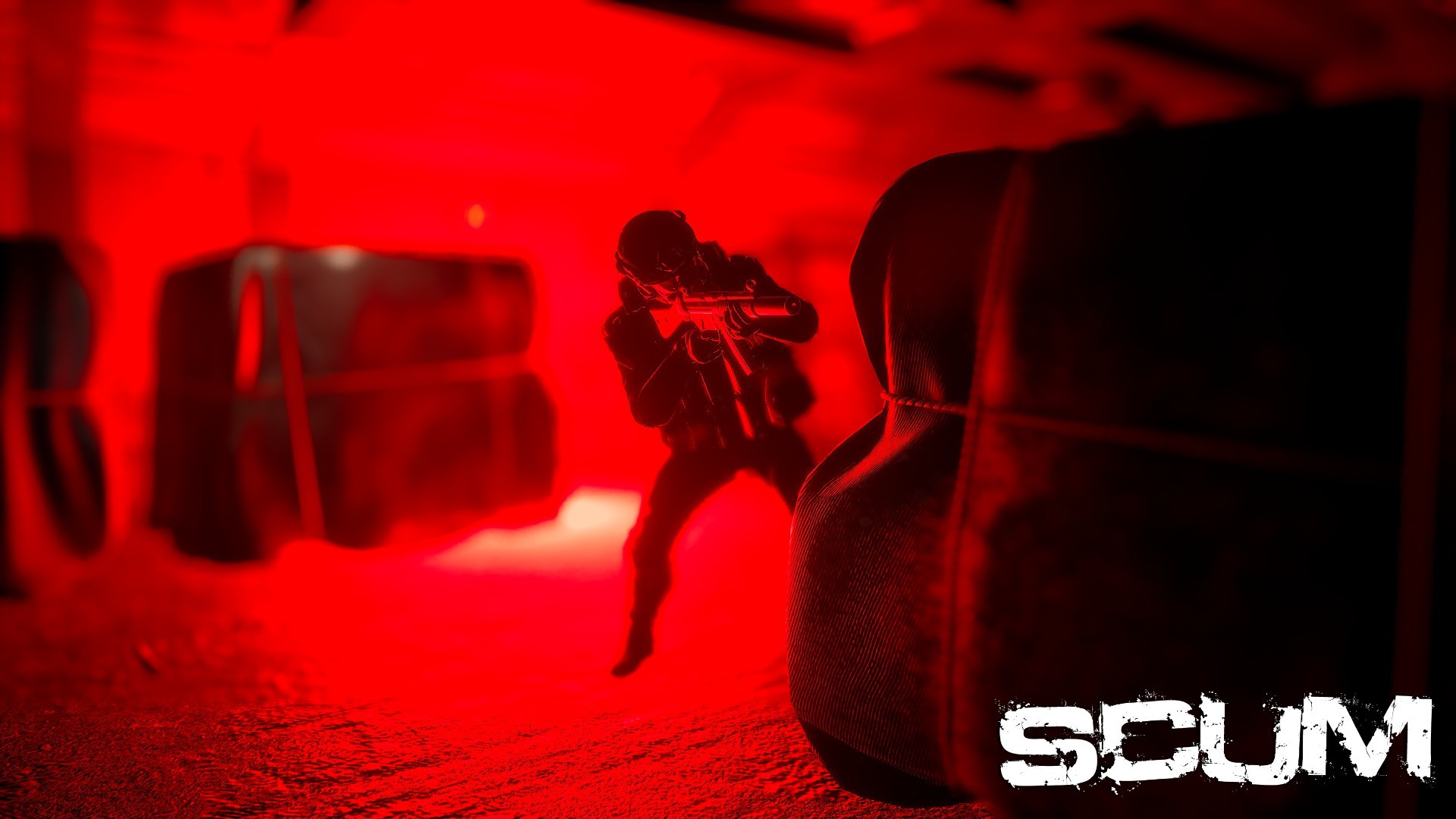 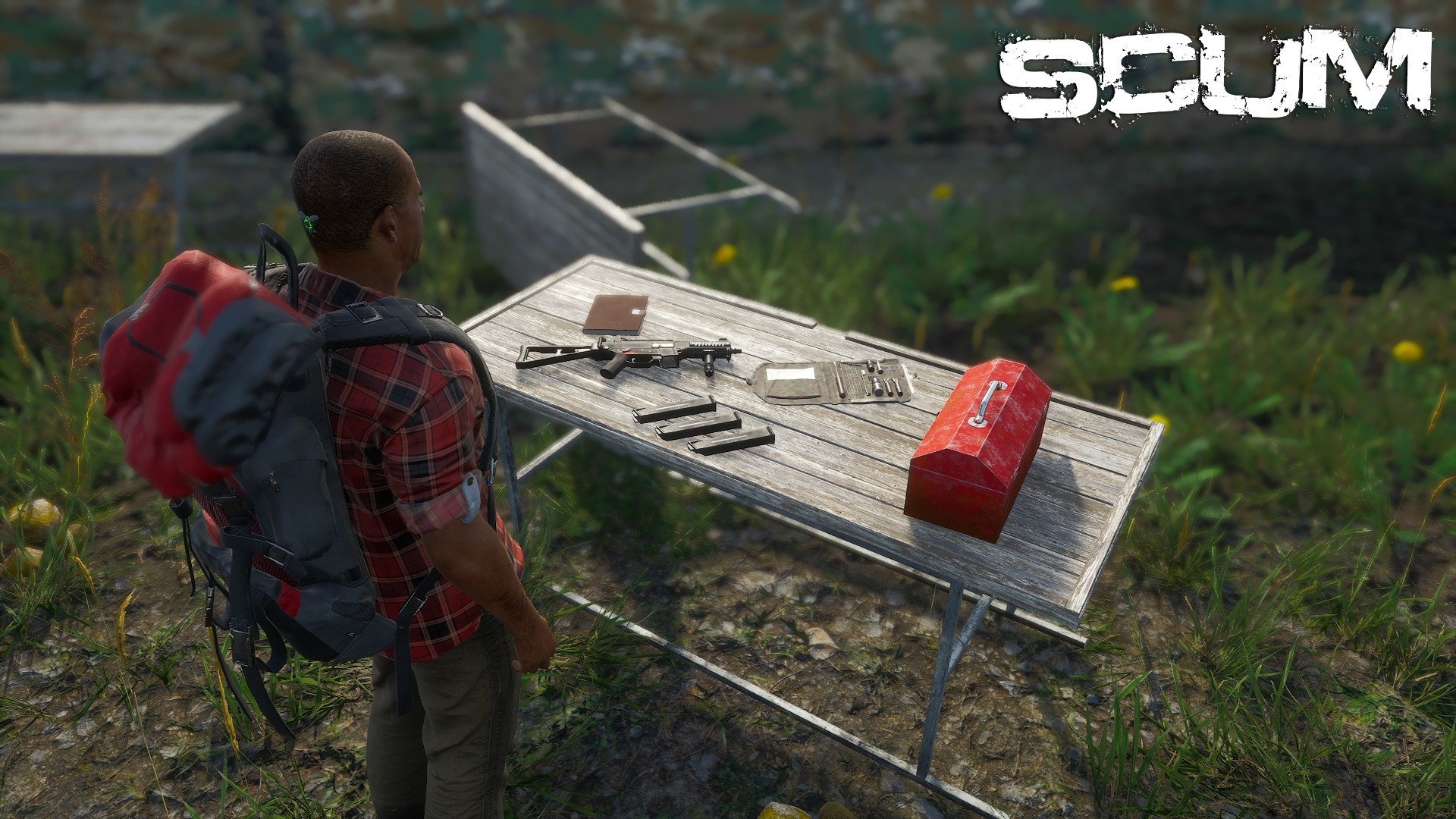 Metabolism rework
There are a lot of changes and new stuff so the best way is to explain it step by step. And they say a picture is worth a thousand word so let’s get through it with the new UI! 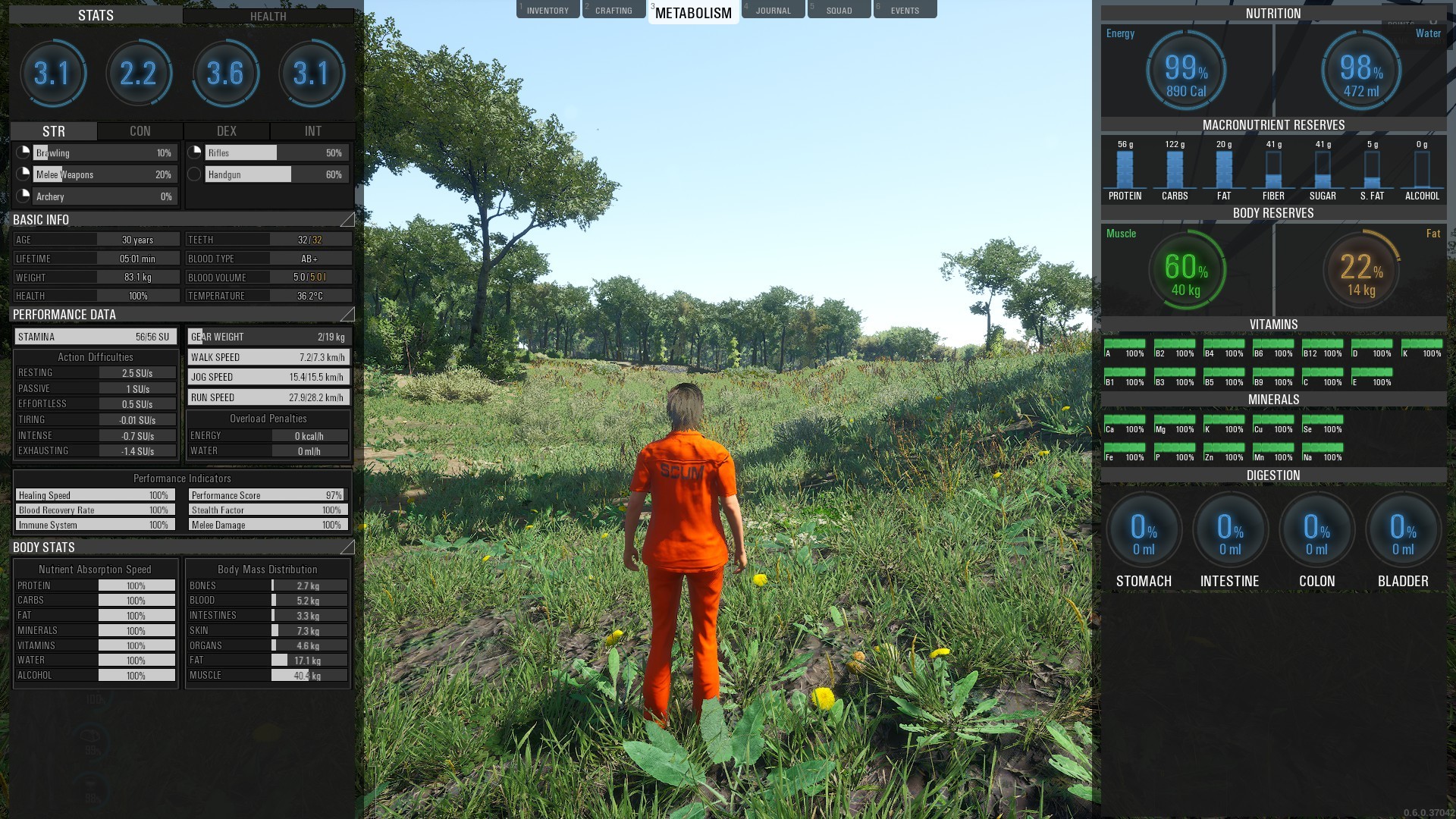 There it is, in all it’s glory! As you can se we cleaned it up nicely and it is much more pleasant for the eyes. Some new info some old but don’t worry, we will go through it all step by step. 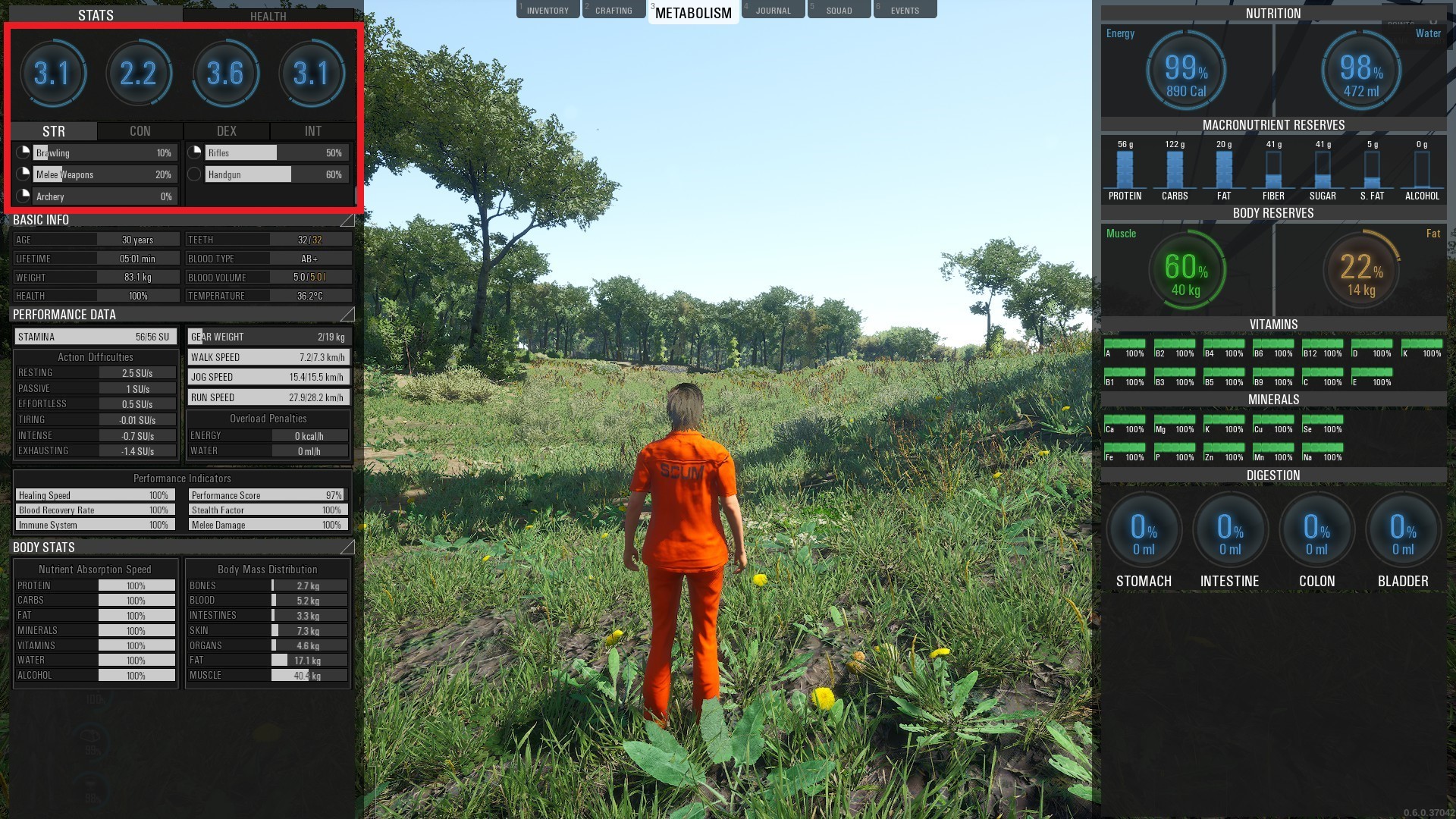 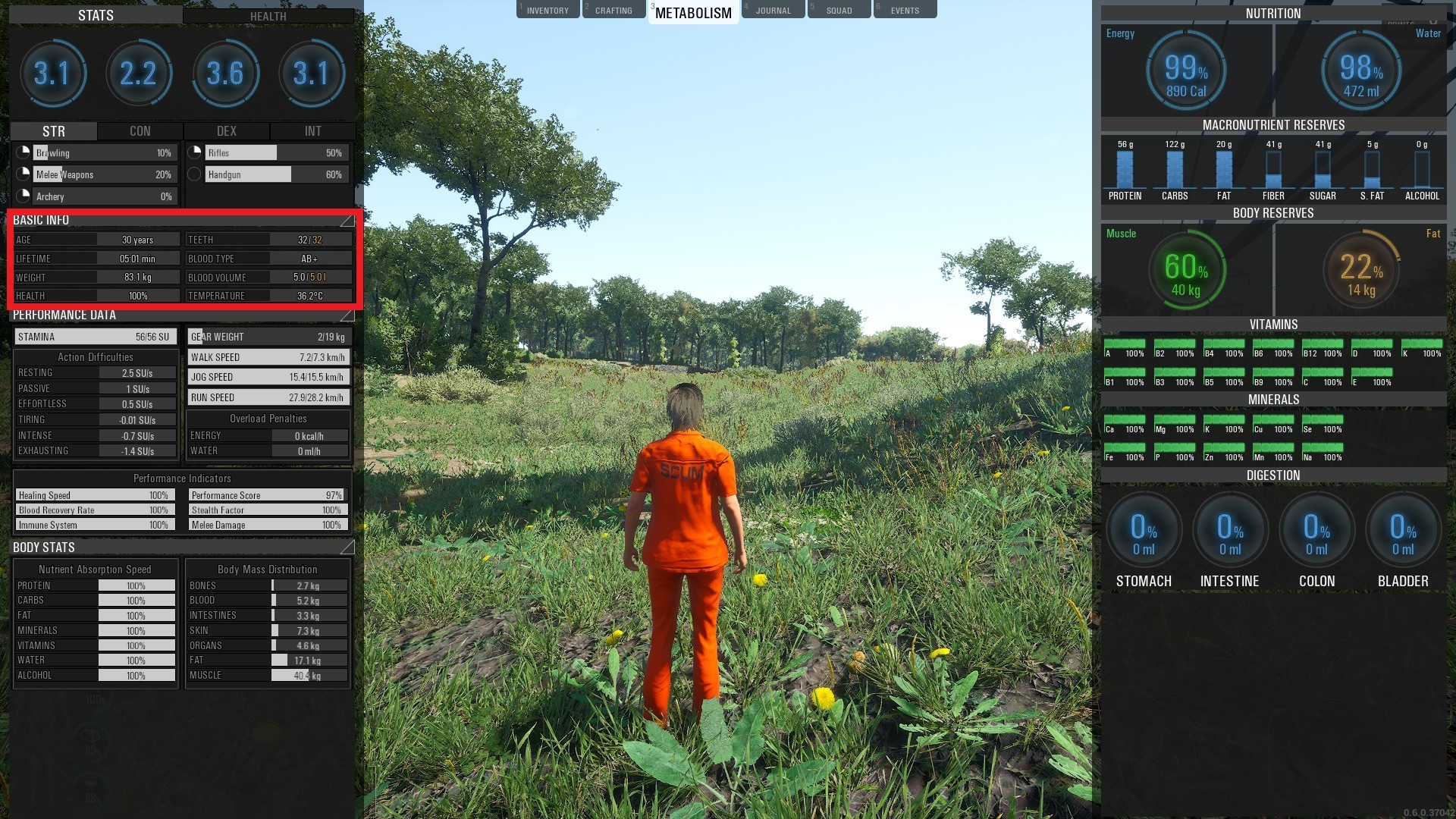 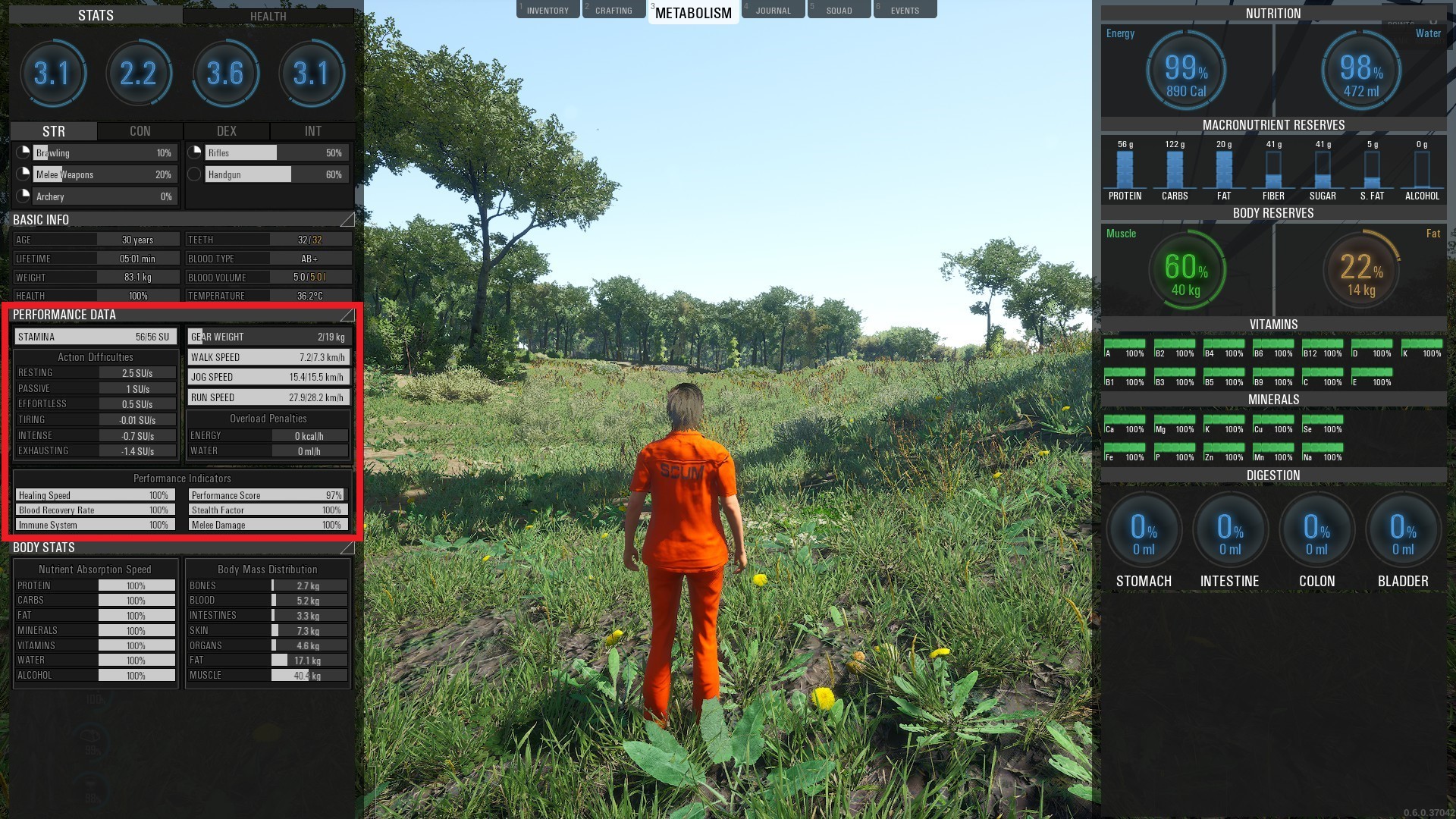 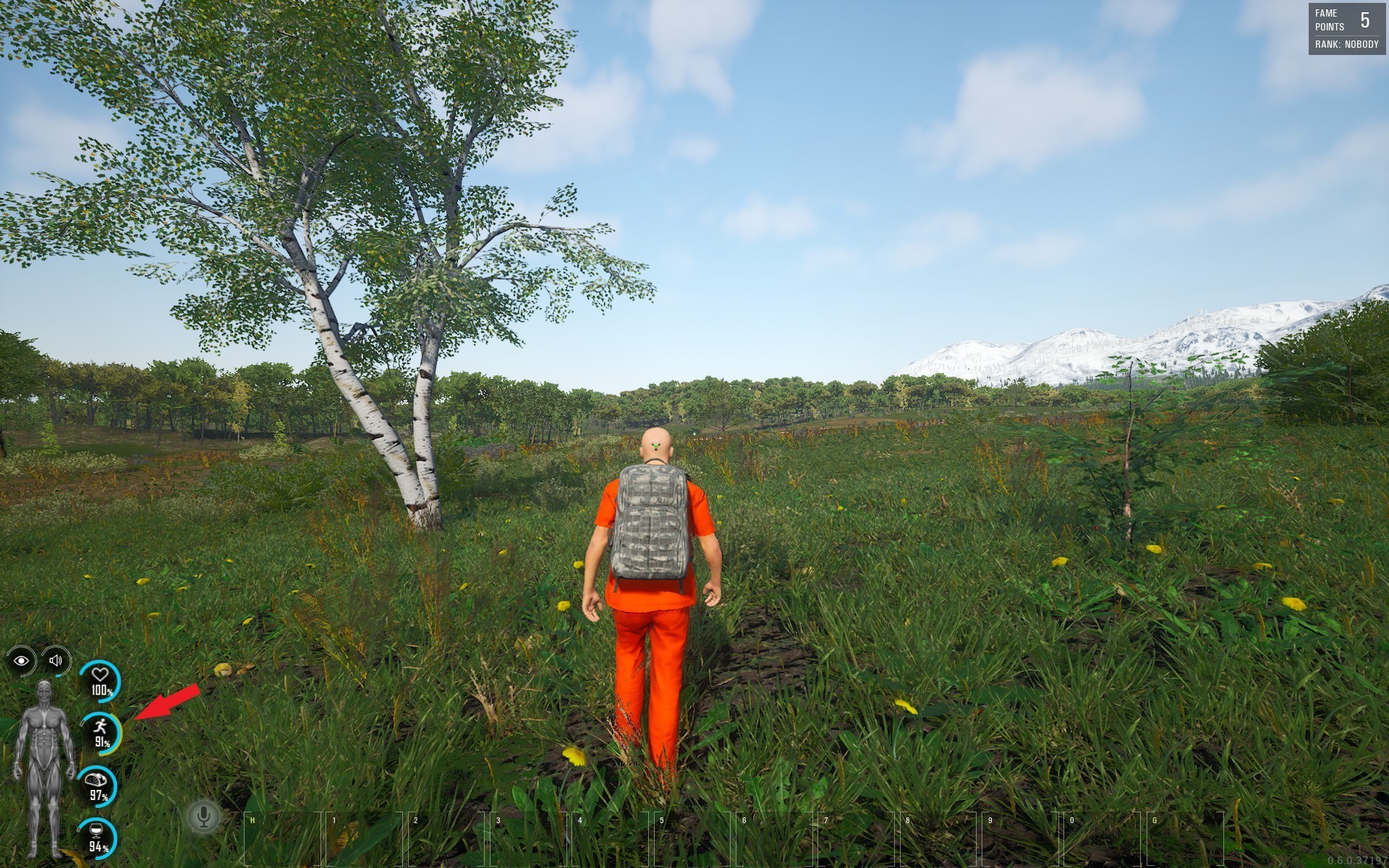 And last in the Performance data stats we have the performance indicators: 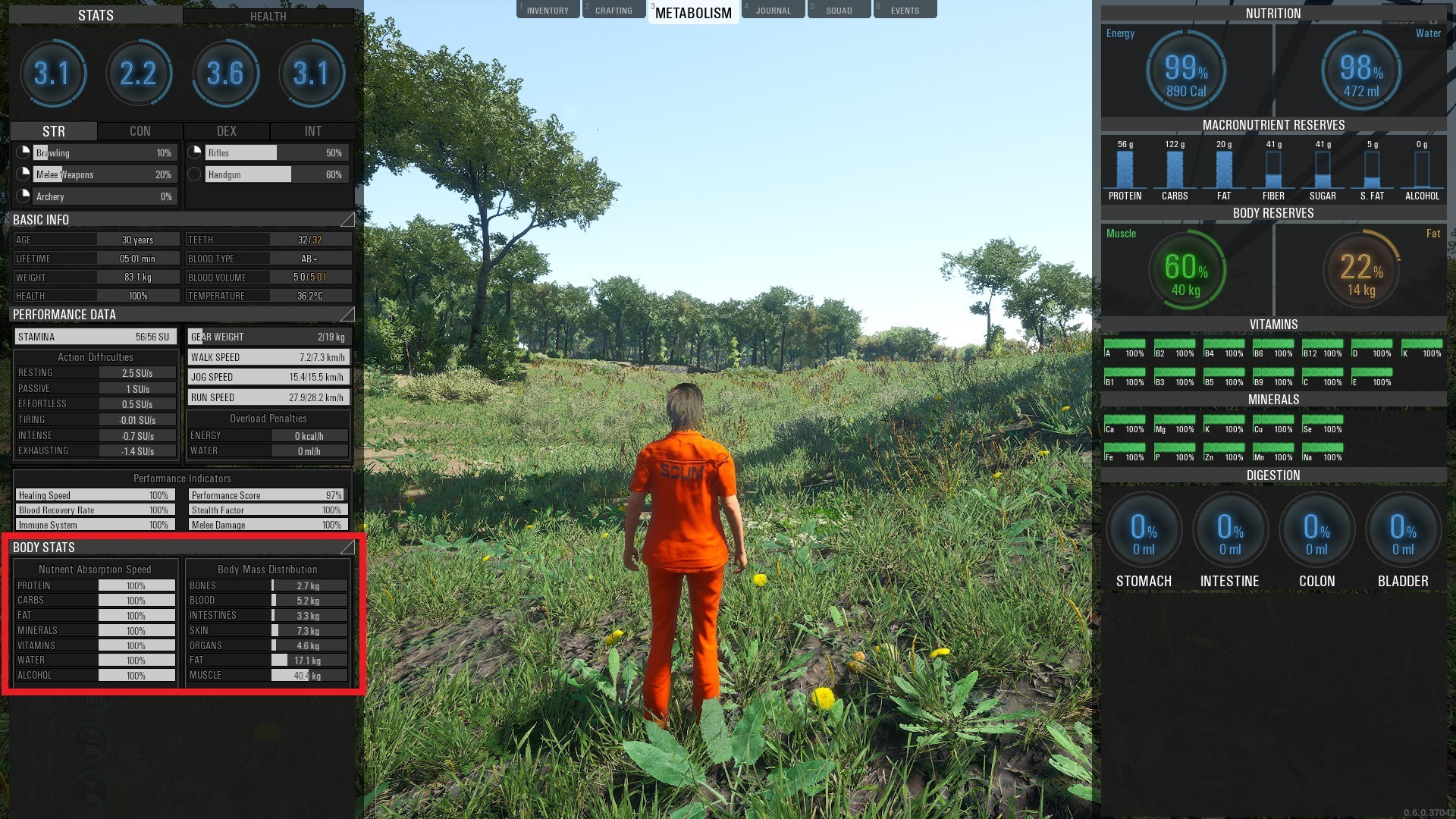 Here you will find all the details needed to balance your character: 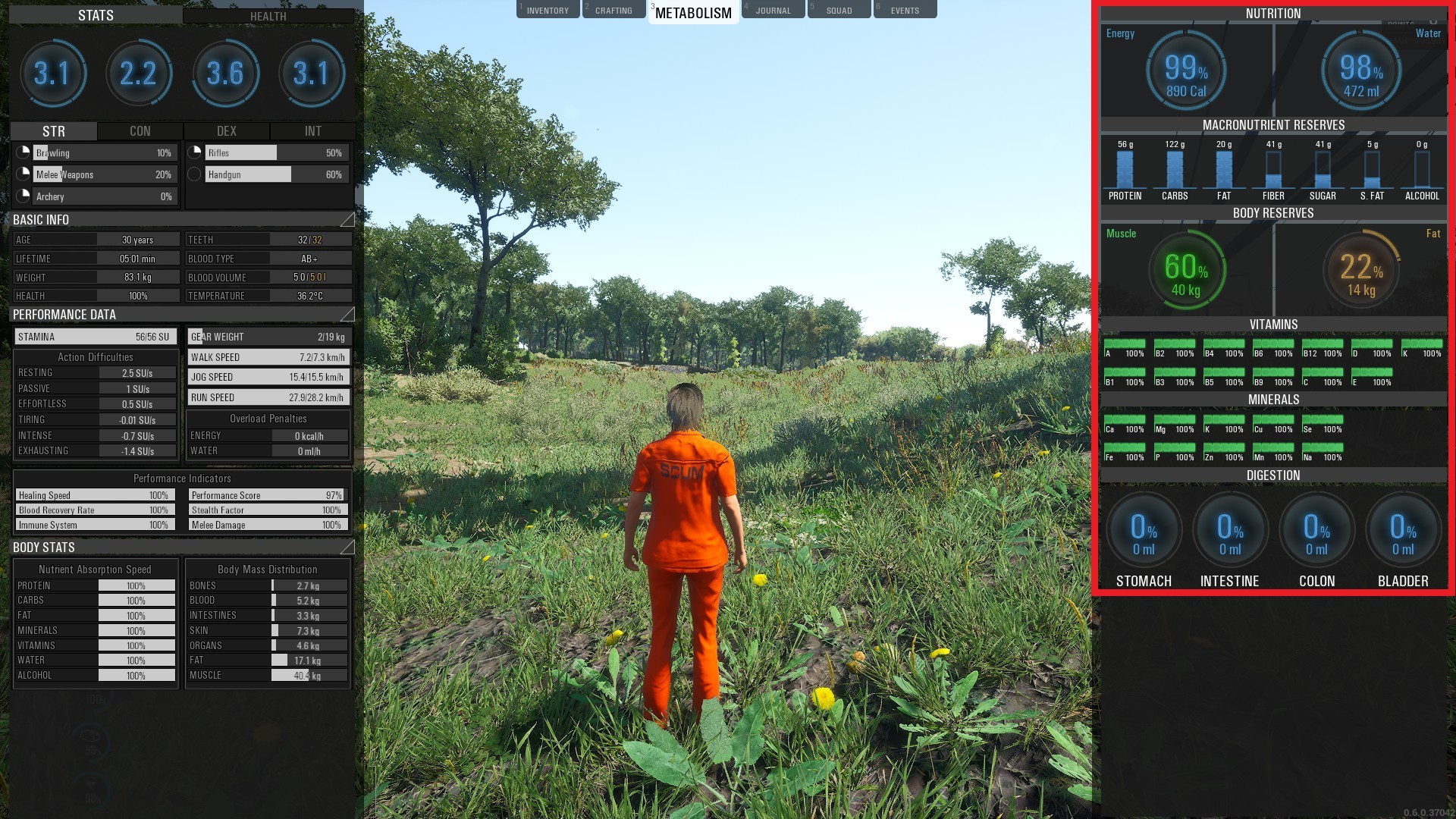 Here you will see the nutritional values you characters body is currently digesting/processing:

Alright here it is the moment you’ve been also asking for. We have the medical system completely overhauled in much greater detail. From symptoms, bleeding to treating wounds there is a lot to cover here. So we are going to explain it again step by step through the UI. 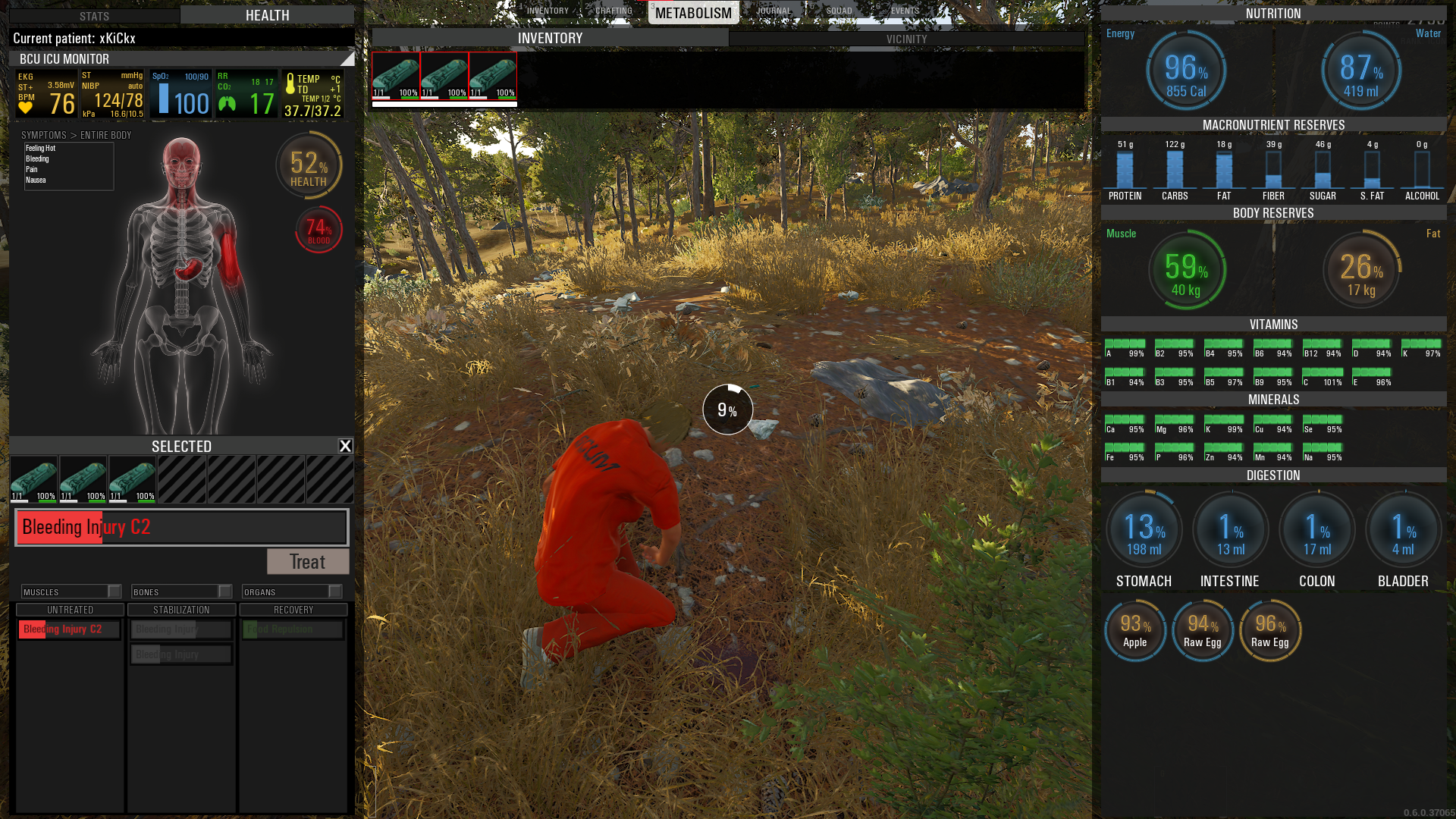 In this picture we have perfect examples of what you will encounter with the new medical system. From the top again! 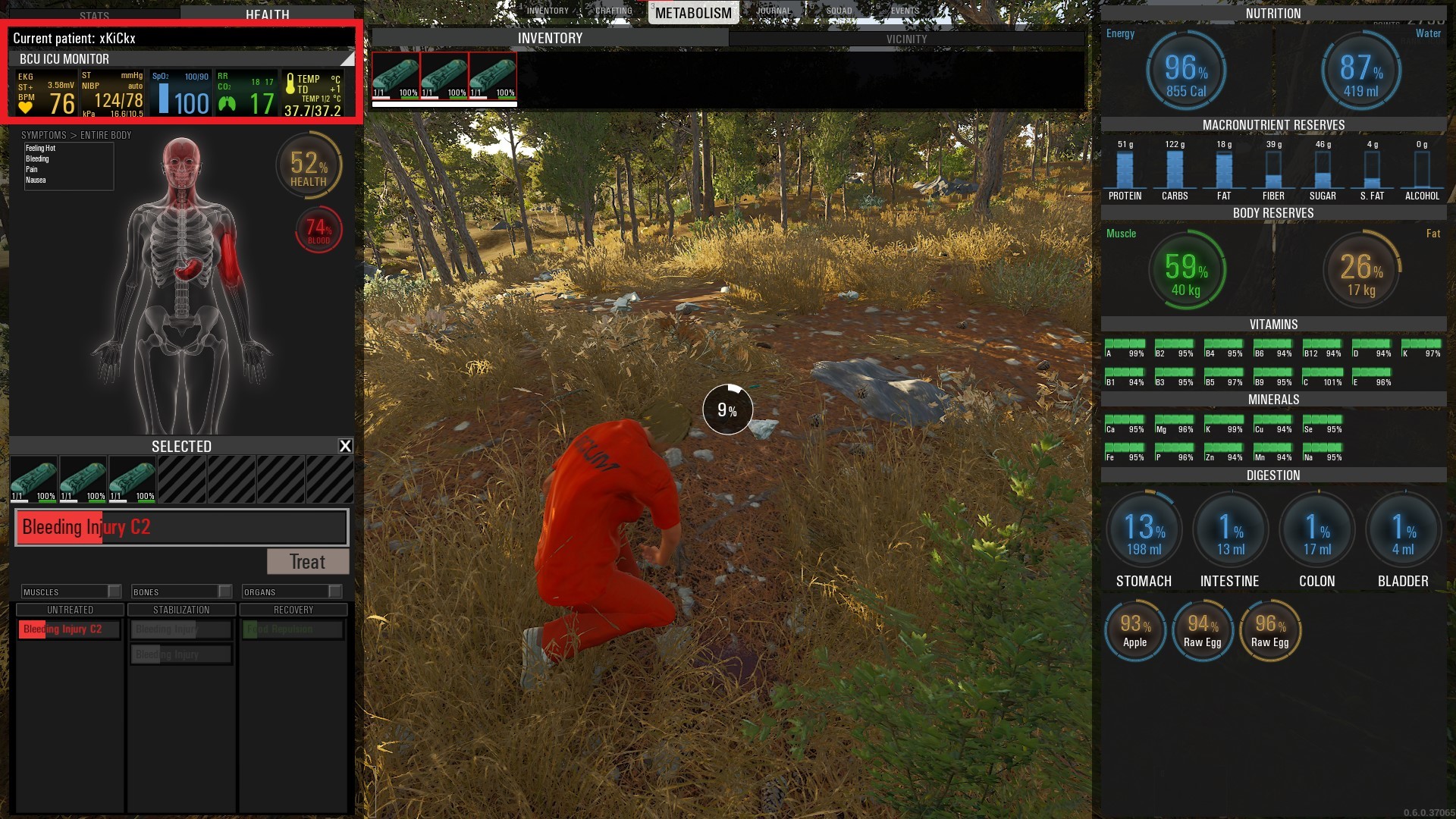 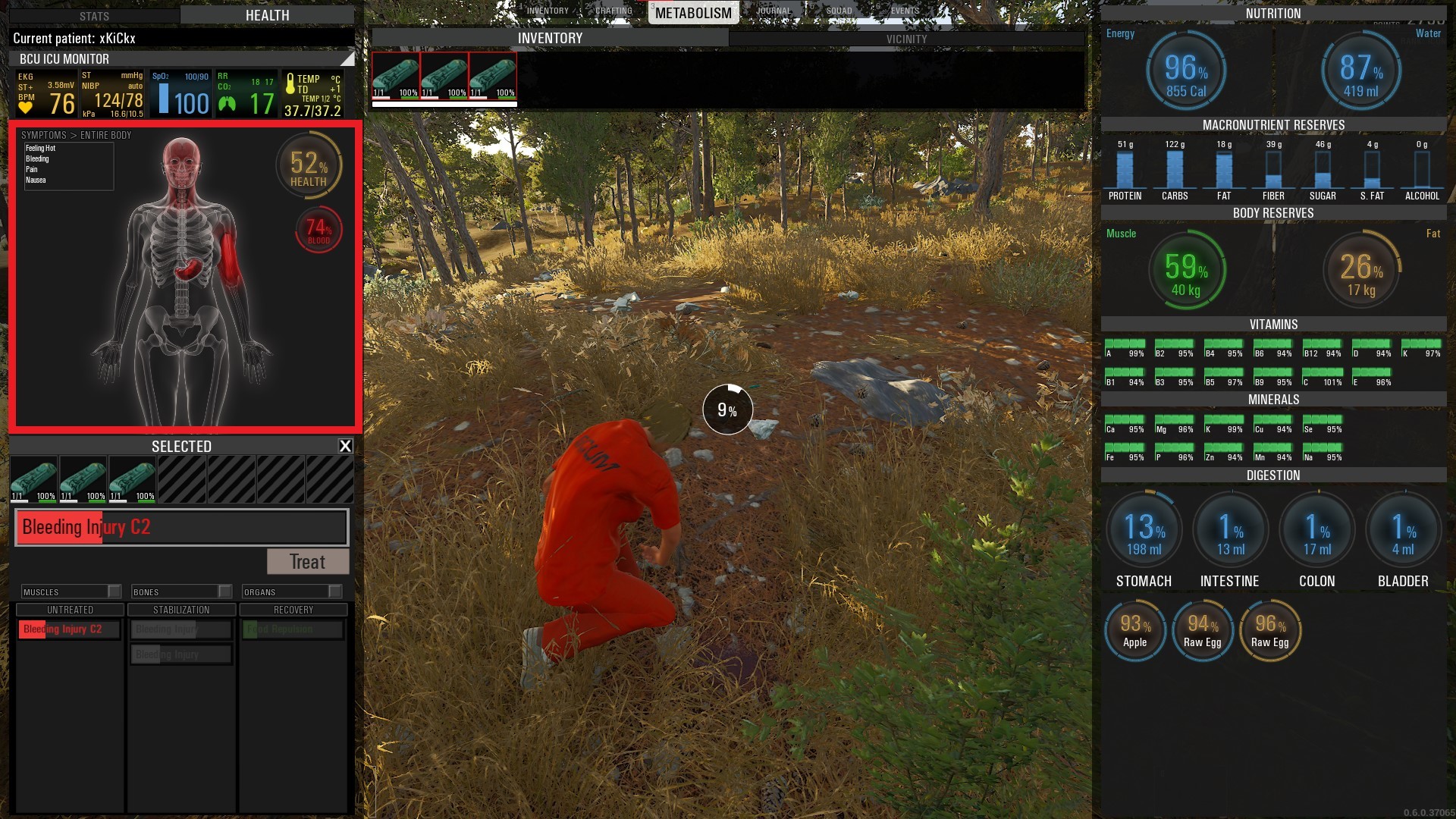 The list on the body can show either symptoms or conditions. Conditions are the all the nasty things that are affecting your body and are treatable, mostly. Symptoms are the consequence of the conditions that still have effect on your body, and can only be treated through their condition.

HELL YEA BABY MOTORBYKES ARE FINALLY IN! time to buzz around left and right and be fast meanace to the island! We got bikes, we got jumps, we got the gear, what more could you ask for!? Well I’m sure you will think of something. Well here they are. 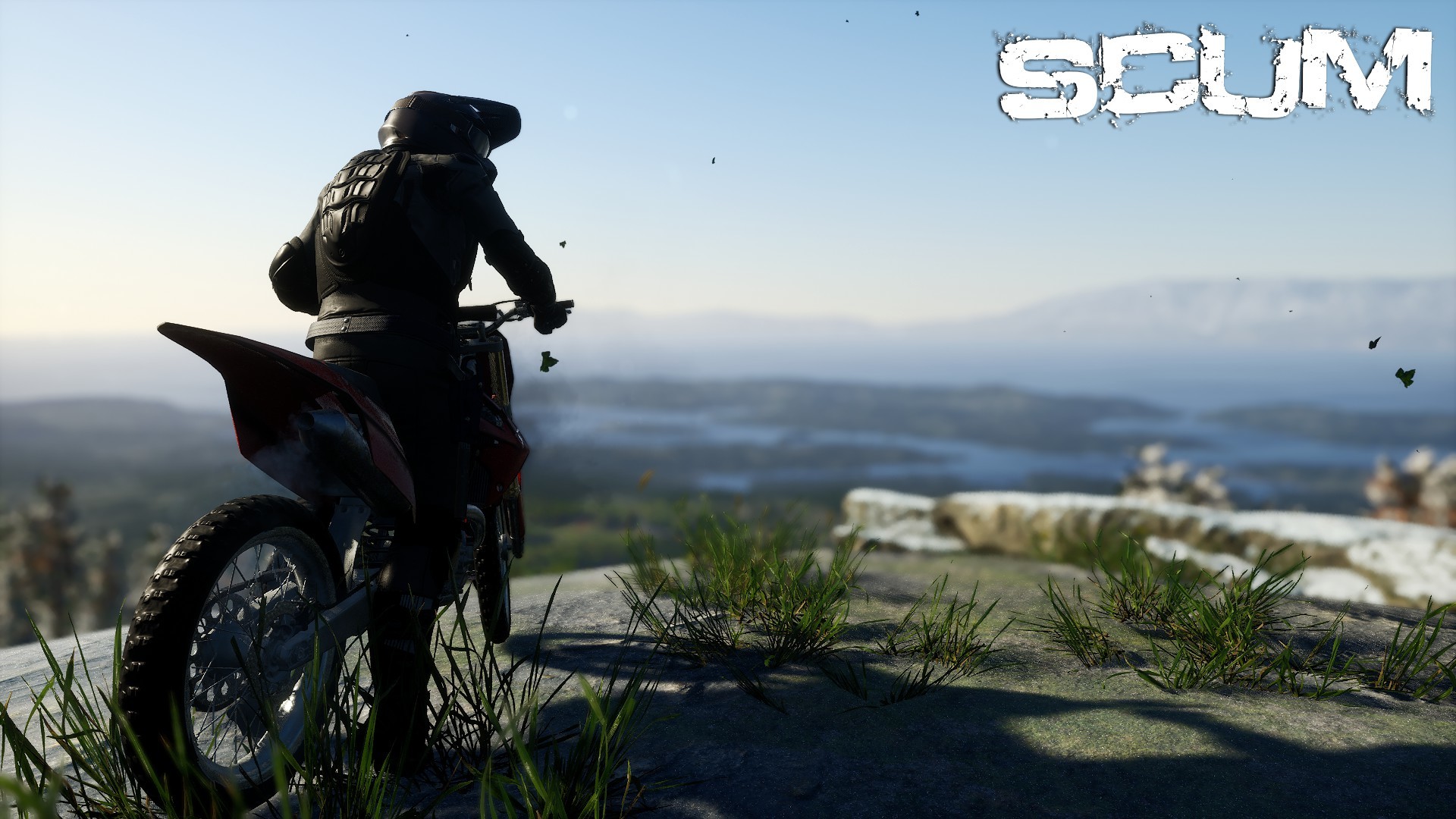 There are 2 bikes in the game currently. The dirtbike and the Hellrider bike. You can find both on the island. Motorbikes, just as the rest of the wheeled motor vehicles, require both fuel and battery to run. Even though they are fast, agile and adjusted for off road, there is a tradeoff. As you might imagine the bikes are highly suspected to weapon damage and the engine block can be disabled quite easily, so if you plan to raid with them be fast and don’t get hit. There is no space for inventory for the motorbikes so make those supply runs light.

To operate the Motorbike there is another skill added the

, works similar to the Driving skill except for the motorbikes, yeah it’s that simple. 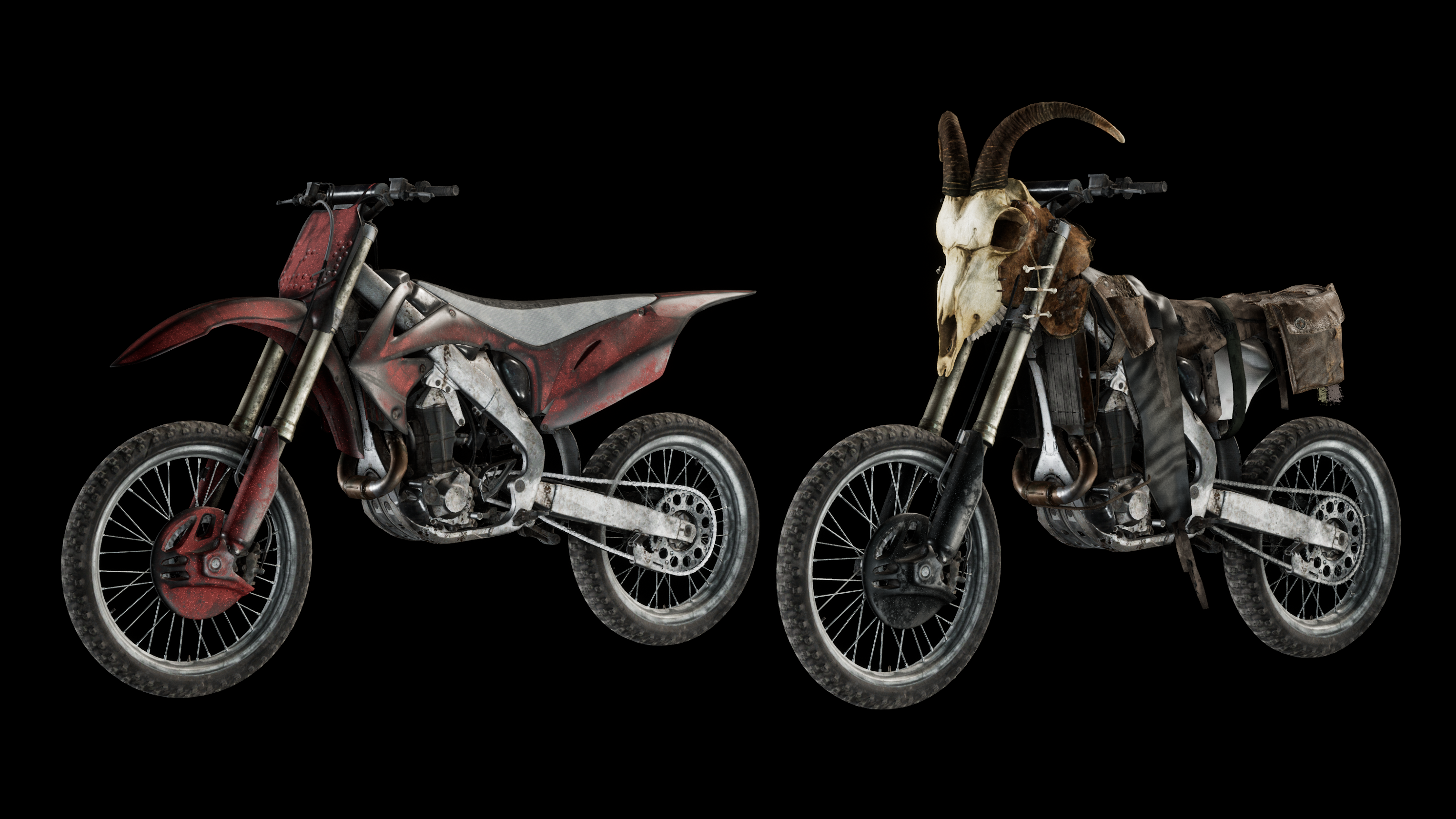 But what are bikes without biker gear? Nothing! you must let everyone know you ride otherwise it does not count!

Well immediately on the topic of motorcycles and Hell riders, yes we have added the trailer variant of the pick up as well. 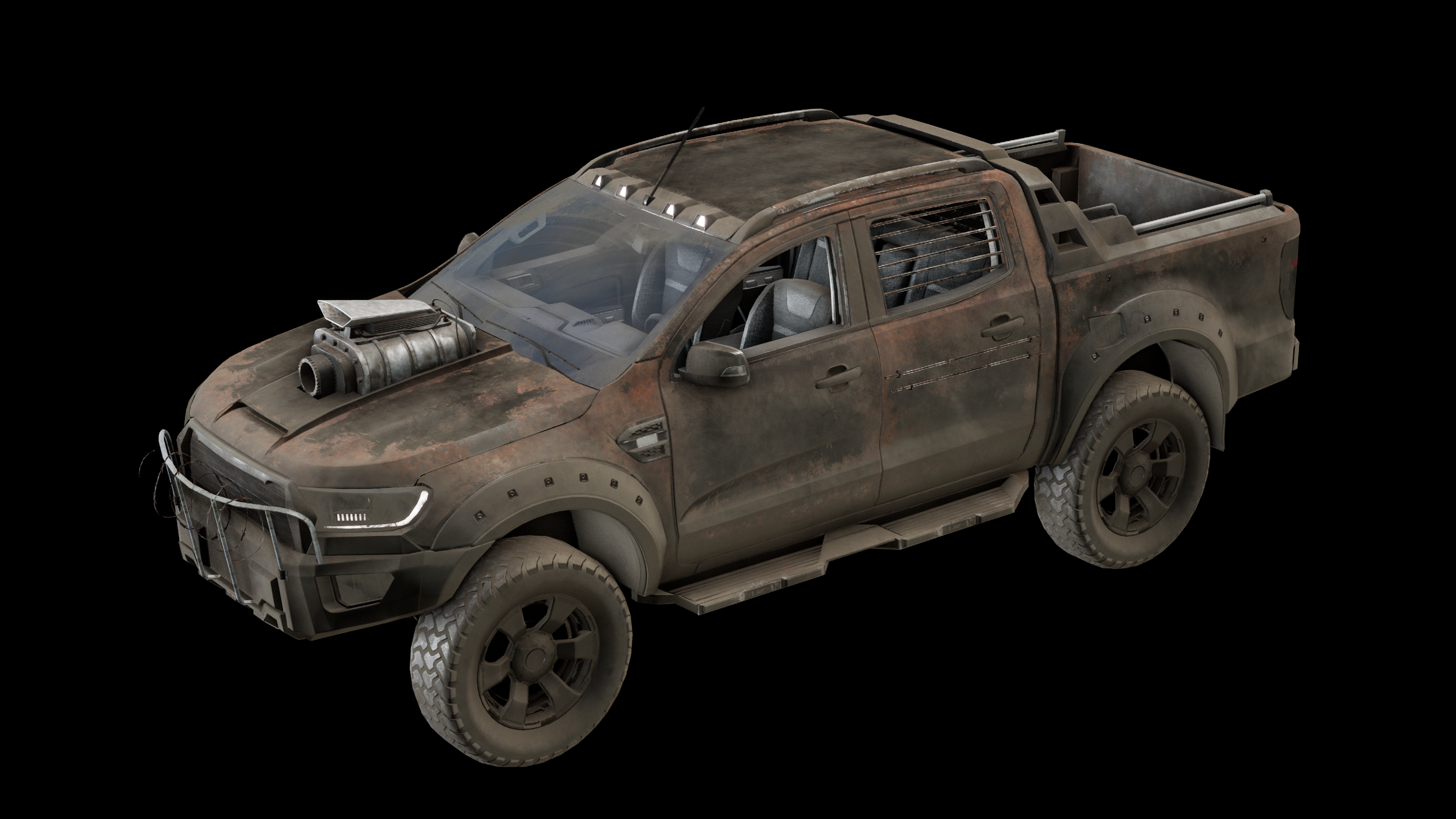 Another highly requested feature! We are on the roll here! That is right time to roll around with a big iron on your hip. Not one but 4!, that is right 4 revolvers have dropped! 2 of them even have brand new ammo created for them:

So go get that Texas red! 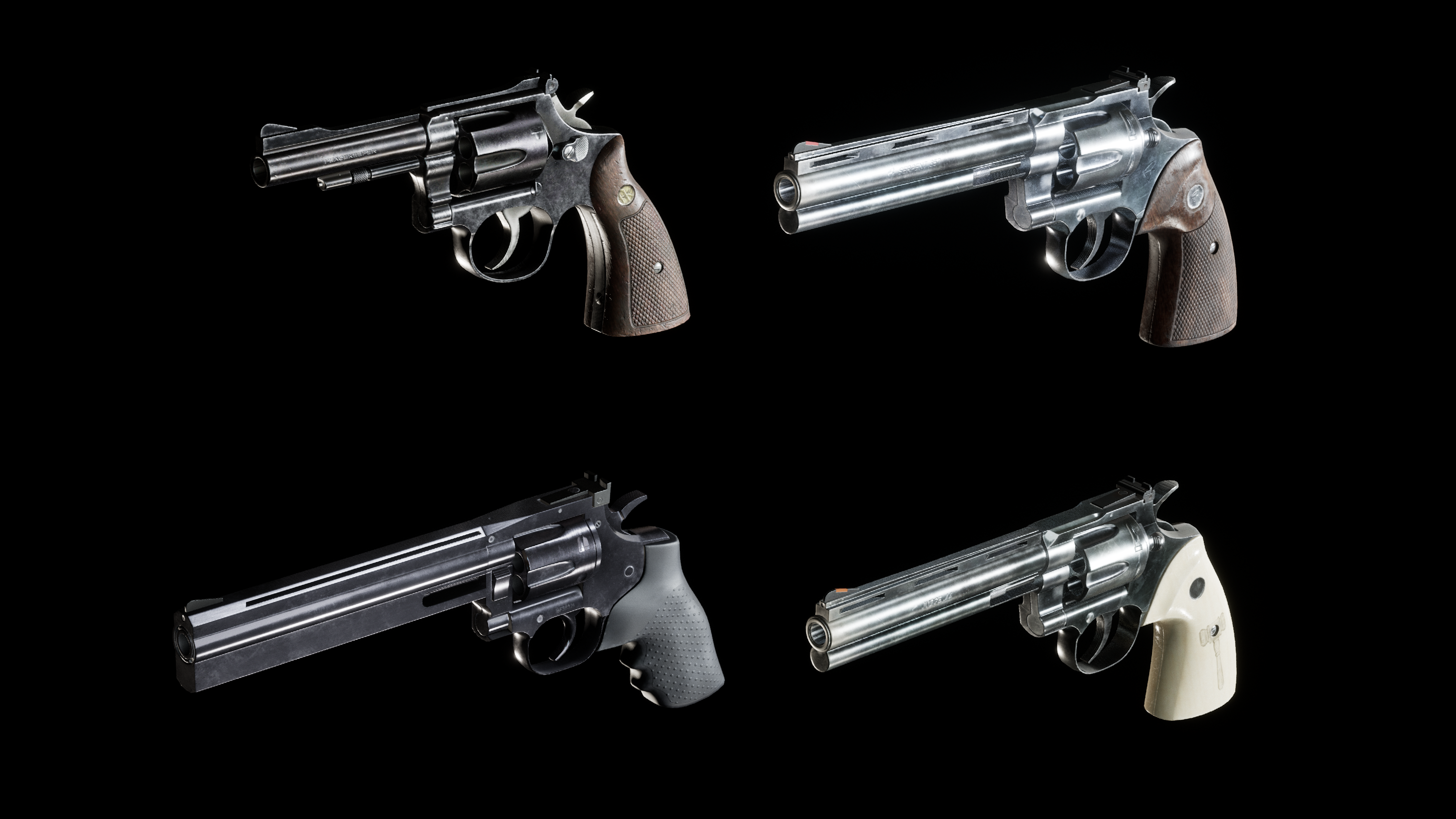 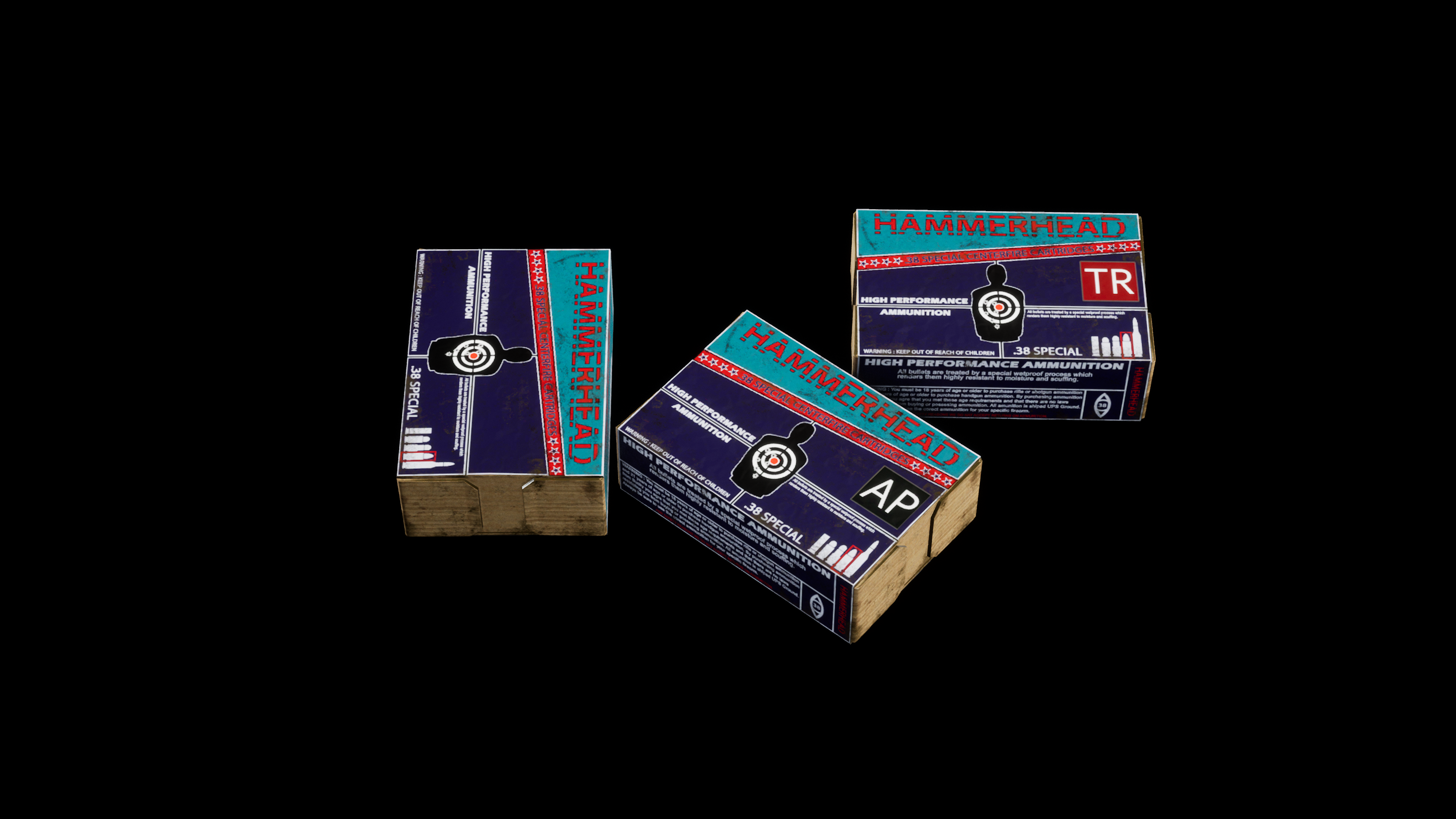 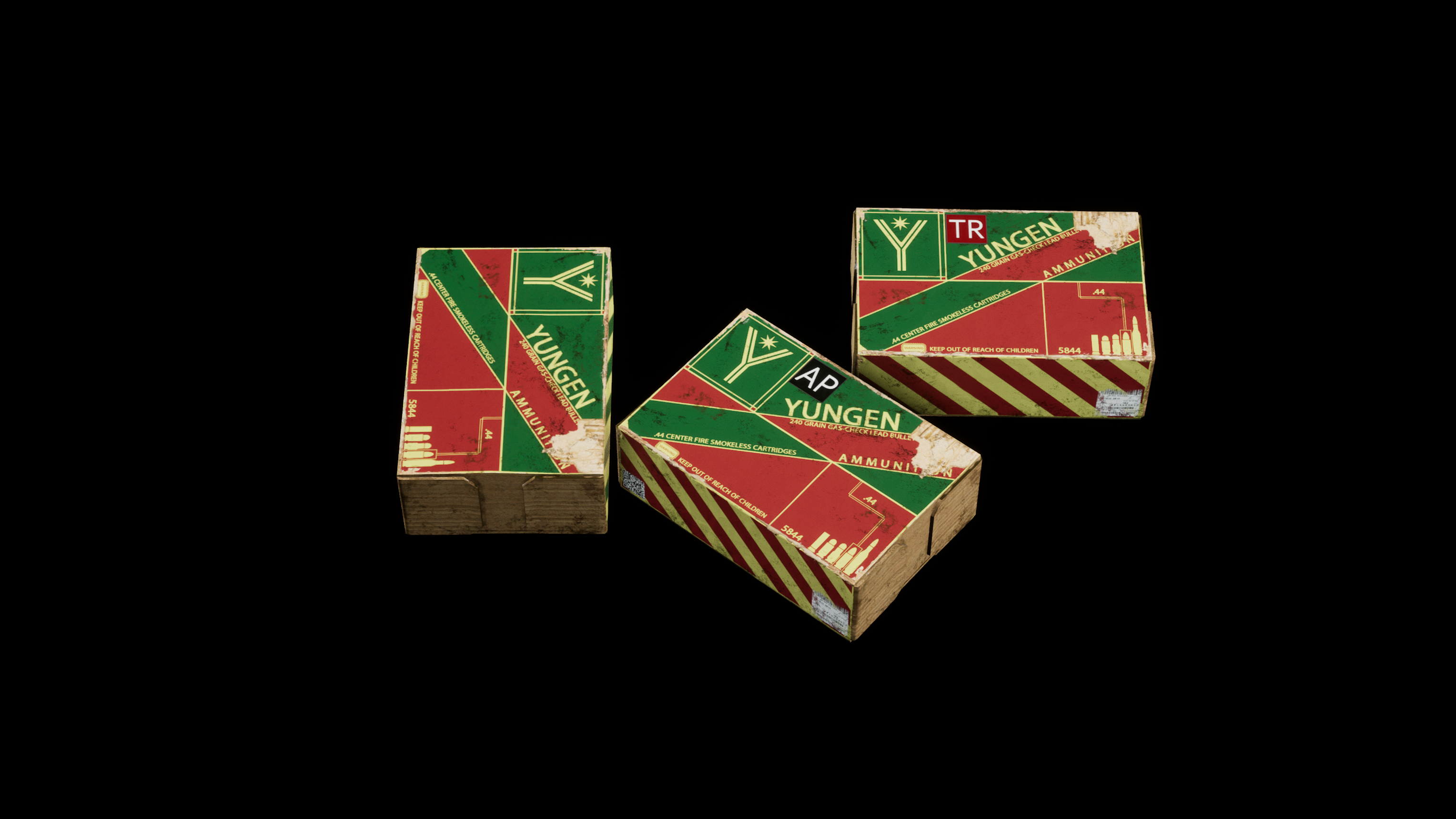 As for malfunctions, where the revolvers are the old reliable. One possible malfunction is bad round but when that occurs the revolver will just keep spinning to the next bullet. See it’s not a bug it’s a feature!

Alright, time for the big one that changes nothing yet everything. We have completely revamped the way damage is taken and being dealt in the game. Most of it is in the backend and you won’t really notice it since we spent a lot of time tweaking it so it remains the same. Yet some thing are changed and there are more types of damage right now. We already covered those in the medical.

Now you might encounter a weird thing here and there that fell out of place, so make sure you leave feedback so we can adjust the best way possible.

You might also be wondering why do it at all then?

Well it allows us a much greater control over damage and future medical consequences of weapons. One of the examples we have finally made for armors the possibility to absorb melee damage. You will see a lot more soon!

Alright now let’s get for all the extras of the patch!

Ah yes we have bikes, but can we race them? Already ahead of you people. You can find the new track in the Z3 sector! We have been racing around it all time and it’s amazing fun. So grab some friends, grab some bikes and go have fun. We may or may not recommend to allow the usage of weapons during races.

New High loot POI settled on the border of Z1 and Z2. Sneak around the forgotten trains of old while avoiding mechs to get that sweet sweet loot. 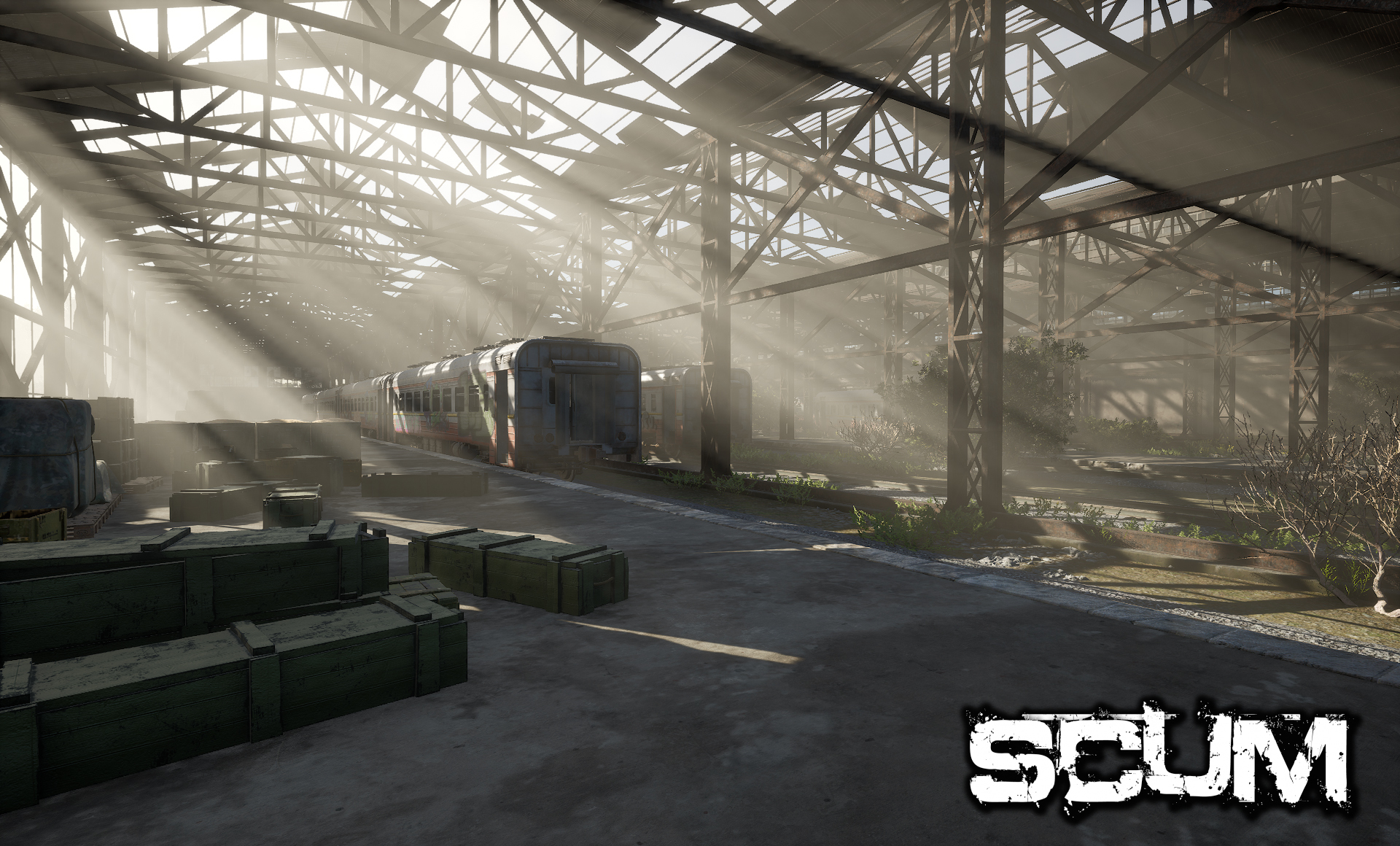 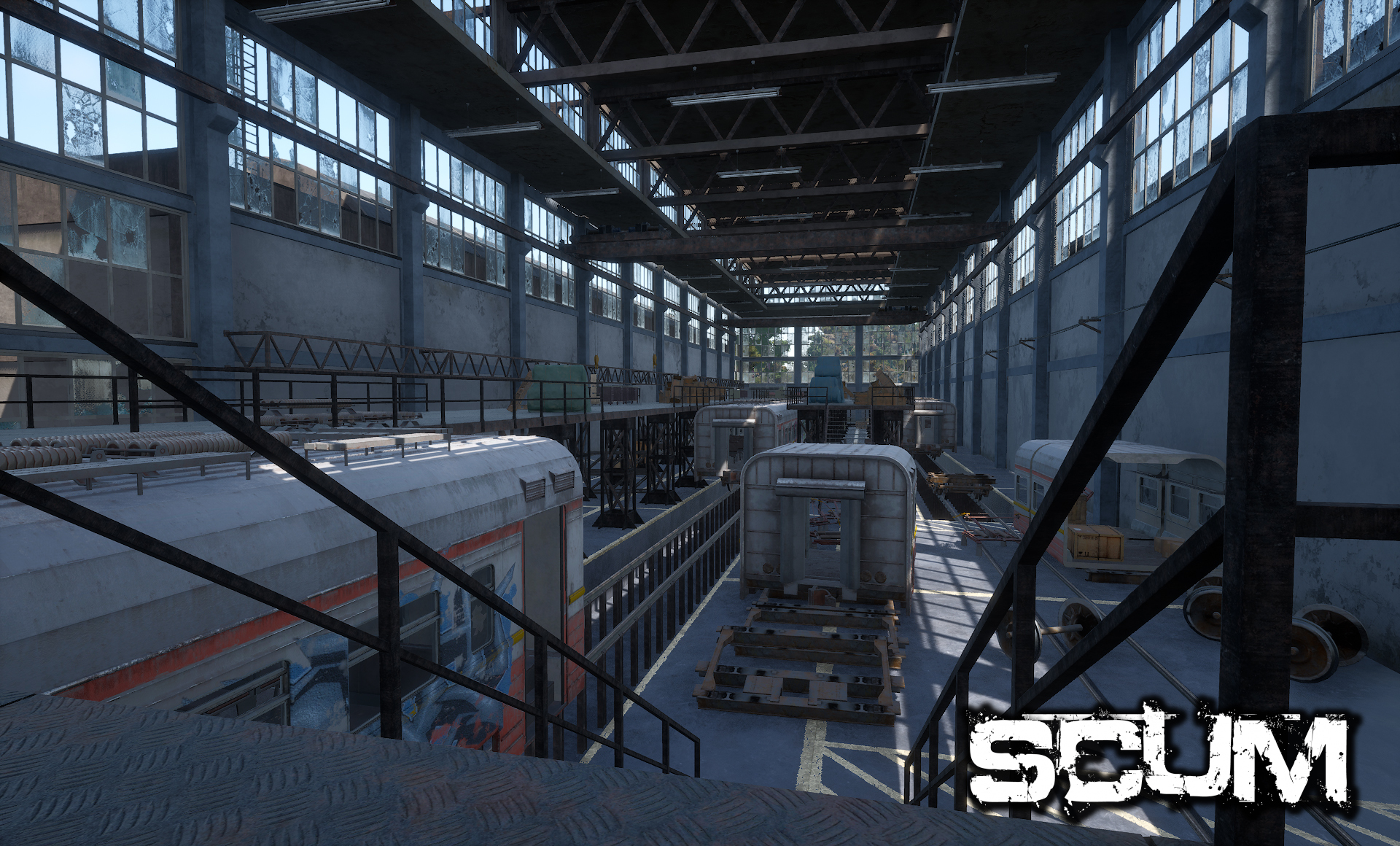 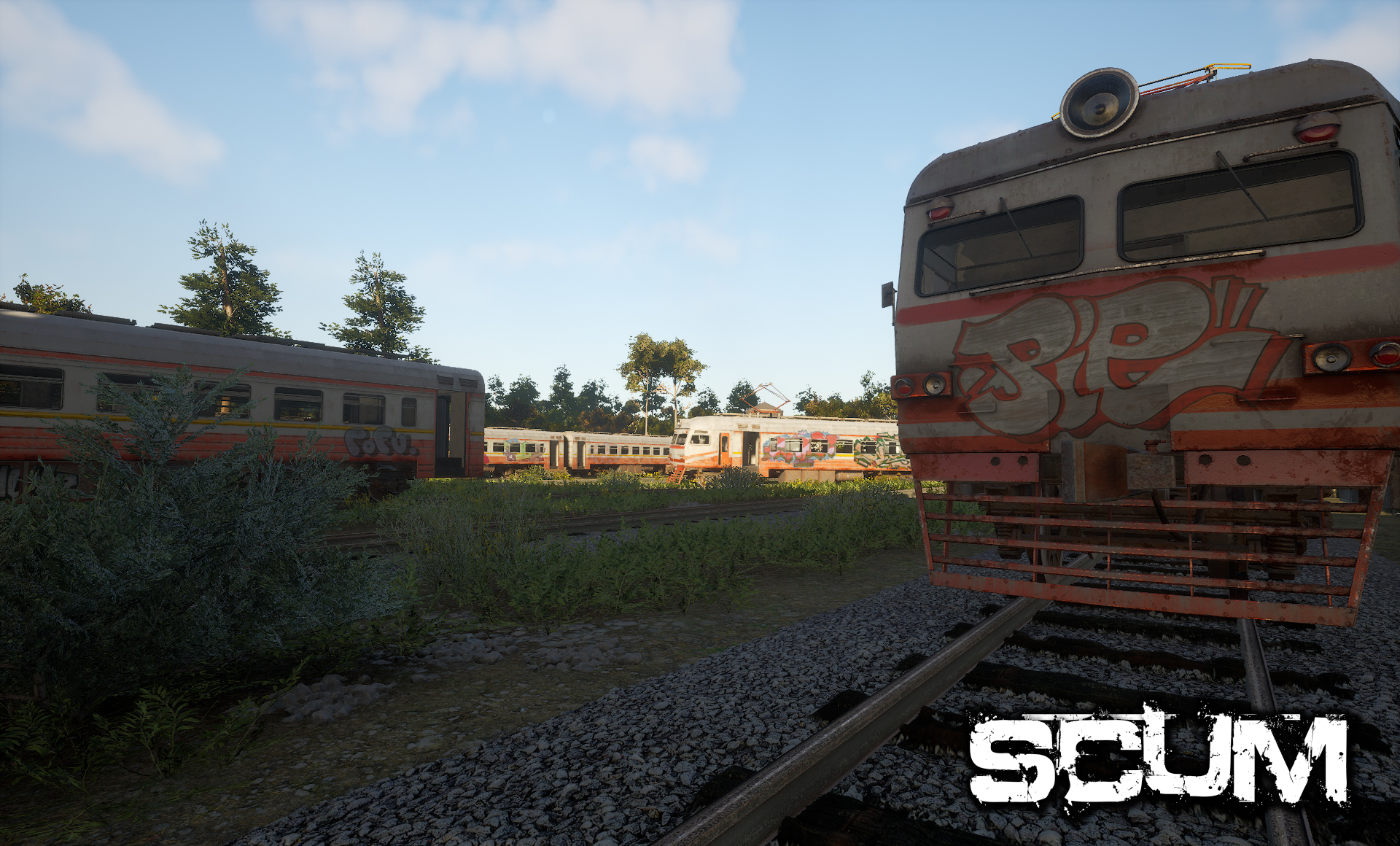 New town isolated on the Z4 island. Peaceful seaside village where you can get away from it all. Novo Selo is a prime vacation location. 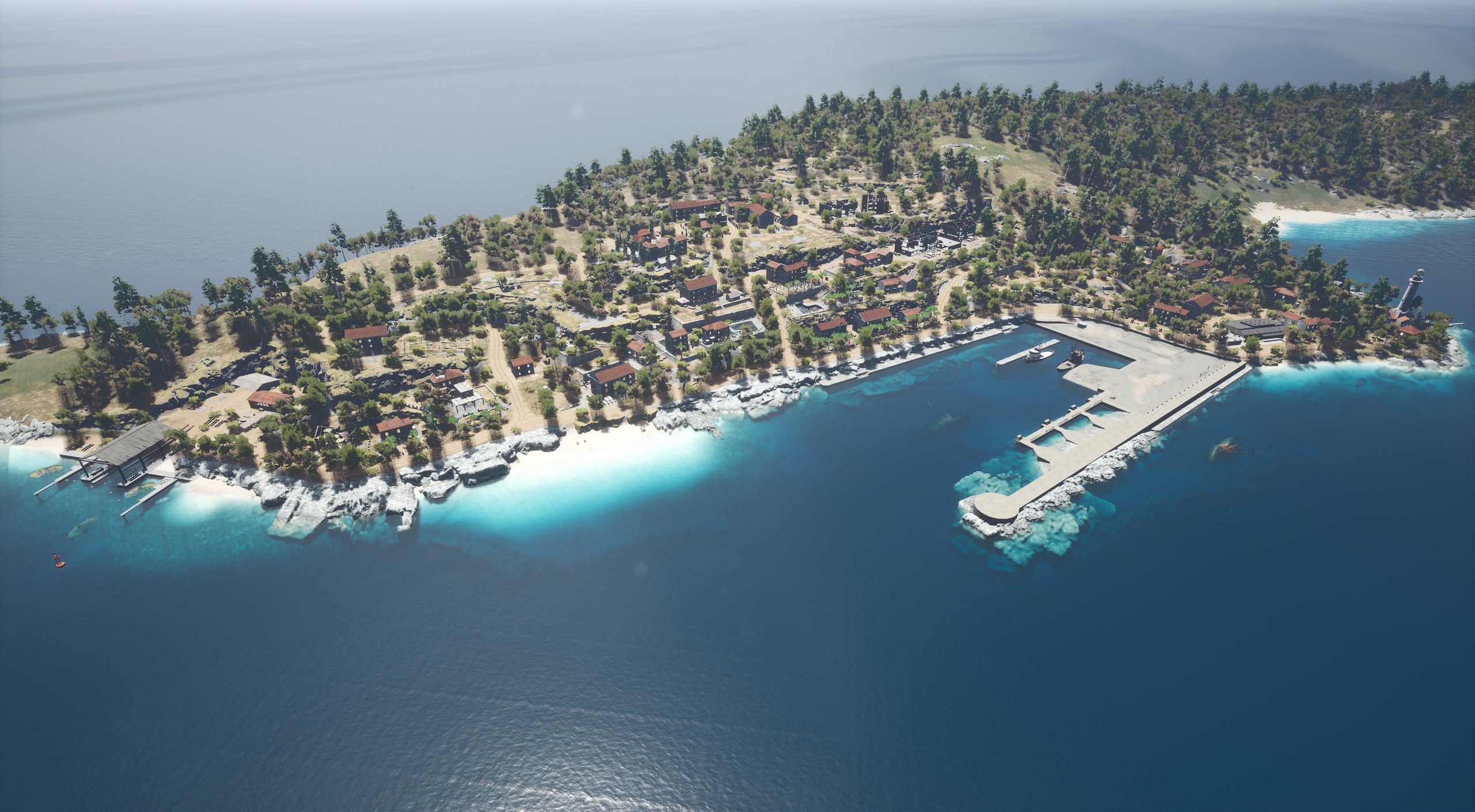 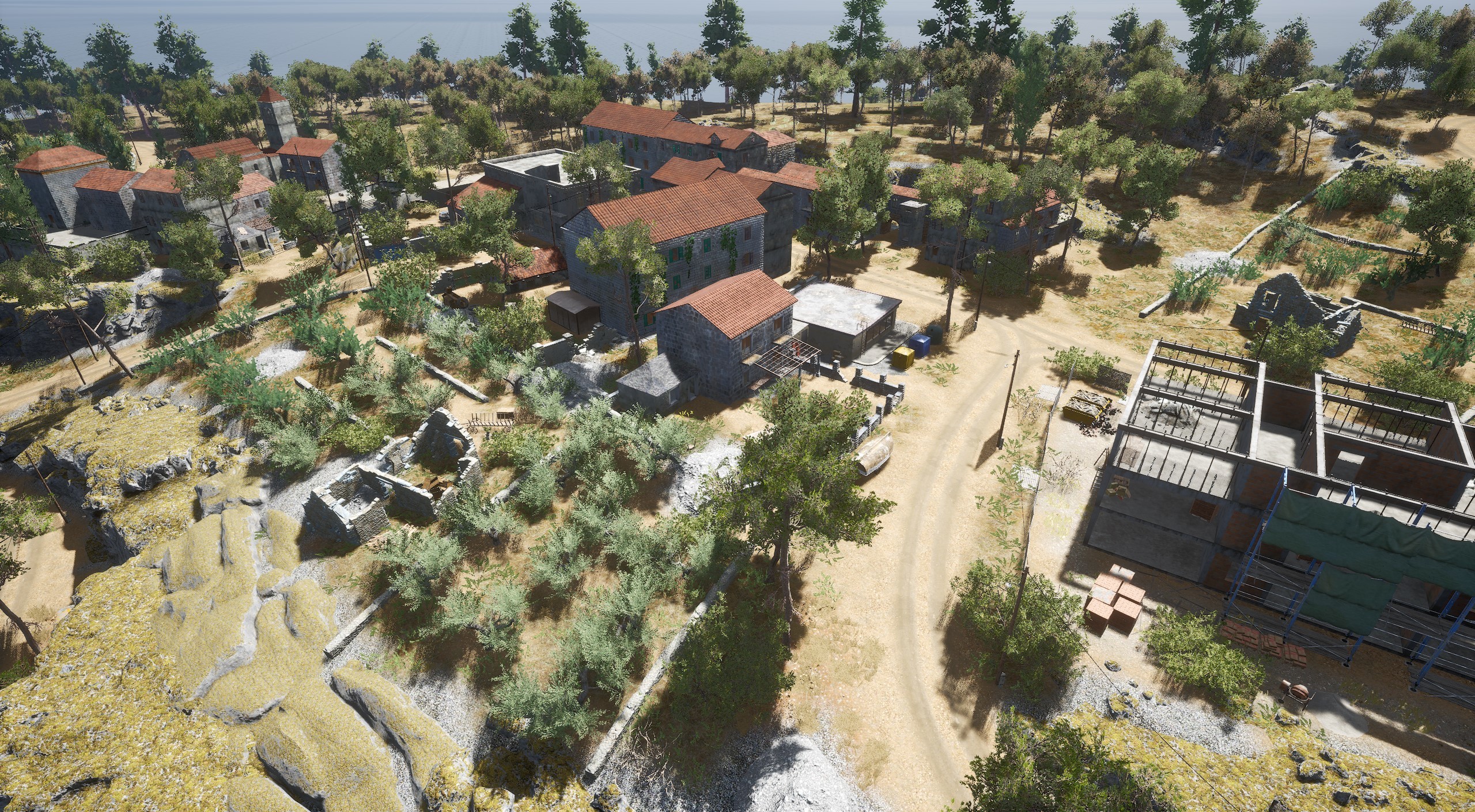 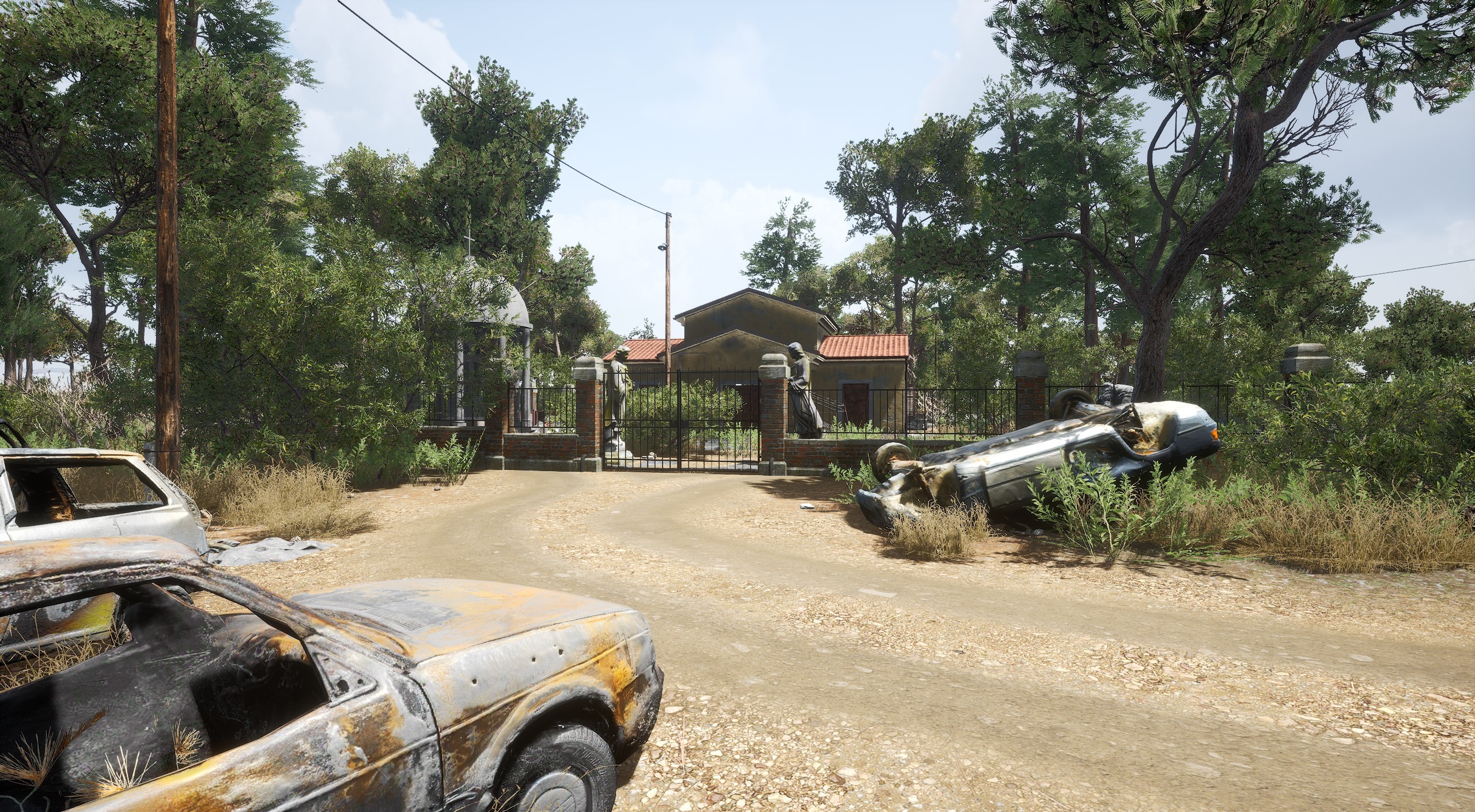