Roguebook update 1.9 is now available to download on PC (Steam). According to the official Roguebook patch notes, the latest update adds some extra features and has a few balance adjustments.

Previously, a major update was released which added mostly bug fixes, with one balance change to Sharra’s Berserking talent which was incorrectly set a bit high.

Unfortunately, players are still facing a number of issues with the game. Today’s Roguebook patch 1.9 will fix a few of these issues. 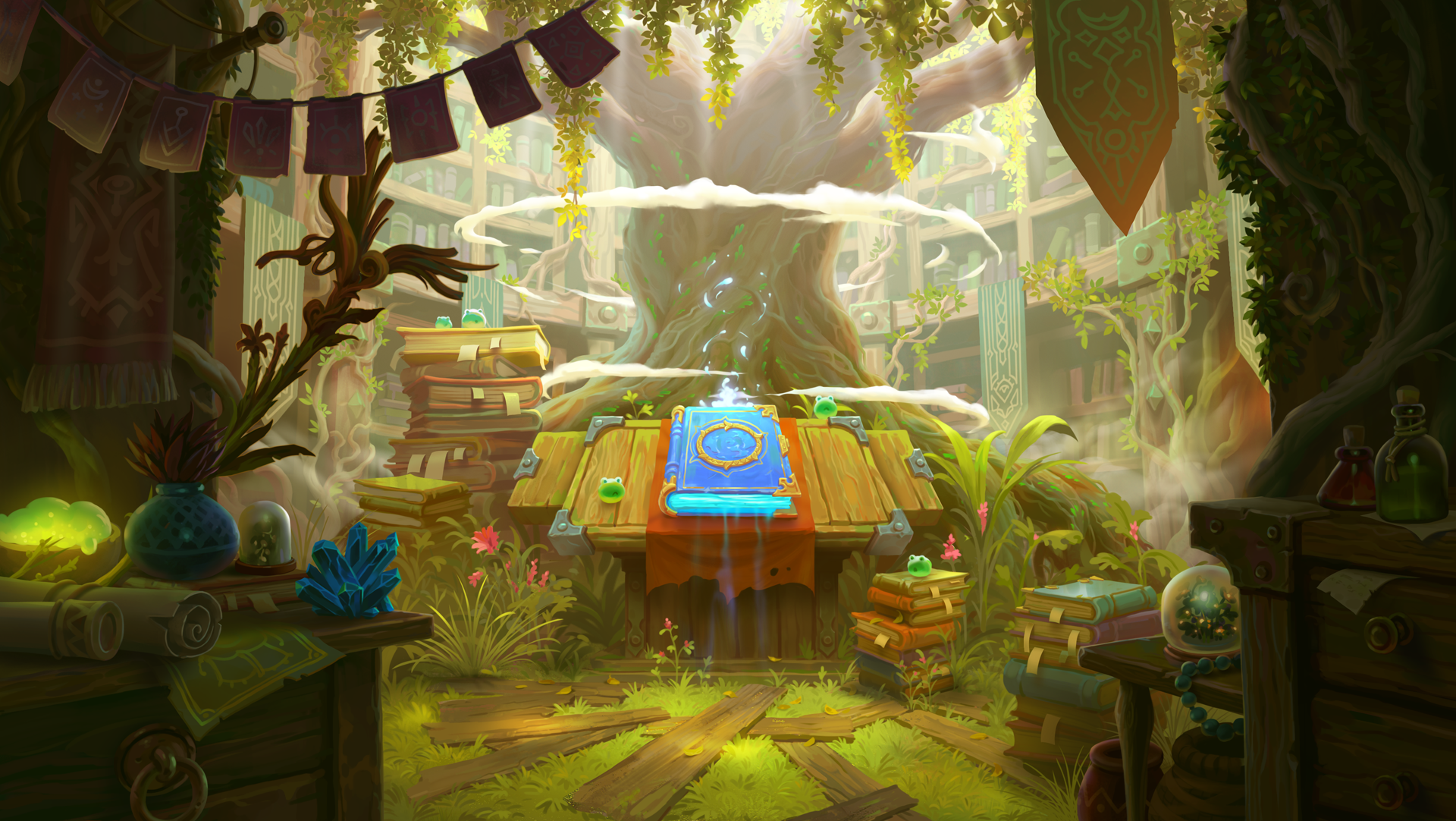 We’ve added a new fully animated screen to celebrate when the heroes score a victory run. Fugoro’s dark and corrupted shop will morph into a brighter and flourishing version, as the generally malevolent Roguebook becomes ‘satisfied’.

We have added 21 new unique sounds to specific cards in an effort to add a bit more depth and hero personality to battles.

When a new run begins, any Embellishments that give you items will all appear together inside of a loot bag instead of separate and sequentially. This hopefully will make the starting sequence for new runs more smooth and comprehensible. This is a quality of life feature we have wanted to add for some time.

Thank you for your feedback on our recent balance discussion news post. In the end, we decided it would be best to focus only on the changes we think will have the most impact without disrupting the general Roguebook experience. We saw some great discussions that we truly appreciate.

The following balance changes are being applied in this update:

Rarity changed from Common to Rare.

Rarity changed from Rare to Common.

Can now only be played once per turn.

As we mentioned in our last update, this is a smaller update than typical as we are working on a larger one including a whole new Hero and the Tournament system. Not to mention preparation for the release on consoles. You can expect all of those in the next couple of months.

Regardless, we hope you enjoy the latest additions to Roguebook.