Rainbow Six Siege Operation Chimera is now available for download. The new Operation Chimera comes with an all-new Outbreak game mode. Outbreak is a three-player cooperative experience, with similarities to the existing “Terrorist Hunt” mode. Outbreak will pit players against a biohazard threat, once a dangerous pathogen kickstarts a widespread pandemic. After a USSR space capsule containing an alien parasite crashes in Truth or Consequences, New Mexico, a quarantine is established to contain the epidemic. Team Rainbow is deployed to push into the hot zone and help with the containment of the virus, establishing the premise for the Outbreak missions.

After a space capsule crashed in New Mexico, an Outbreak and a surge of violence forced the authorities to establish a Quarantine Zone around Truth or Consequences.

The whole town was infected with an alien parasite, which triggered aggressive mutations in the residents. This parasite is highly adaptable, able to mutate into dangerous five lethal types of Infected.

The Quarantine Zone is the only thing keeping this Outbreak contained, but it will not last. If the parasite gets out, the resulting death toll would reach unprecedented numbers.

Outbreak challenges you to step up to the plate. Go on the offensive and venture into the Quarantine Zone to contain the infection threatening to spread across North America. Explore our three new maps with your squad and survive hordes of hostiles to identify the source of the parasite. 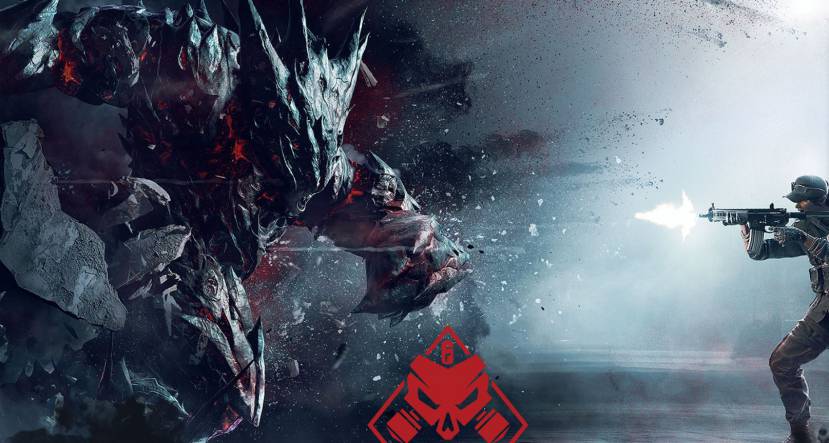 This limited-time event will be held from March 6th to April 3rd 2018. We invite you to play Outbreak on our Technical Test Server starting on February 20th.

Outbreak will be made available periodically throughout the TTS phase, allowing us time to improve and implement fixes as necessary.

In Operation Chimera, two new Operators join Team Rainbow to help contain a mysterious parasite infection that hit a small town in New Mexico. To safeguard the perimeter, Six selected the most qualified biohazard specialists in the world: Lion and Finka.

From France and Russia respectively, the hot zone Operators Lion and Finka are veterans of numerous conflicts involving bio-chemical threats. They join Team Rainbow to create a CBRN Threat unit, which will provide tactical gear and expertise to quell biological hazards. 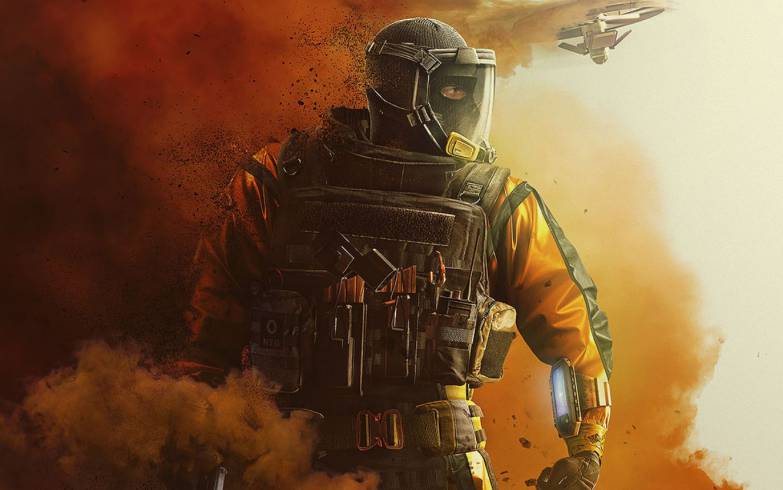 Outbreak’s three player coop mode will force you to revisit your strategies and push you to rely on teammates like never before. The infected hostiles outnumber you on every front, and your only way out alive is through innovative tactics that will give you an edge.

Your team will be composed of three of the following Operators: Ash, Tachanka, Doc, Smoke, Buck, Kapkan, Glaz, Ying, Finka, Lion and Recruit.

The loadout of Outbreak Operators will also be tweaked to incorporate gadgets that favor melee combat. The flashbangs will allow for special takedown combinations, and smoke grenades will encourage chaos that will thin out your enemies. Outbreak will bring the tension of CQC to another level. 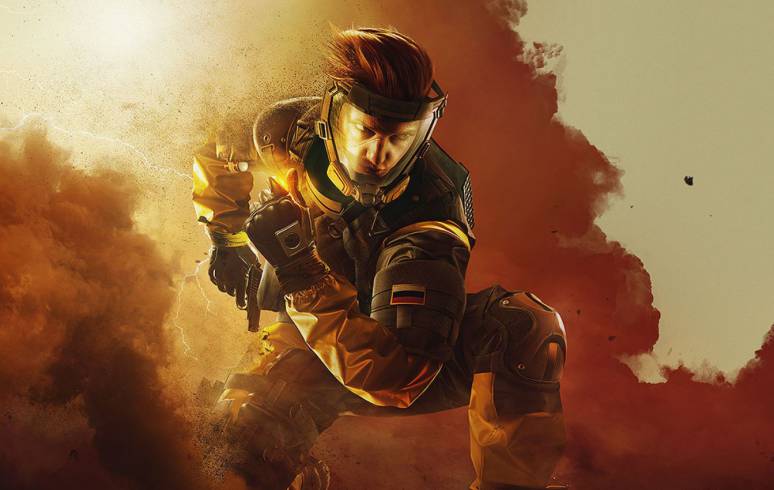 Grunts are common hostile that become highly resistant when the parasite detects an enemy presence. To protect its host, the parasite armors its body and becomes more resistant to bullet wounds. They will try to surround you, and flank you from the sides. Caution and stealth is recommended.

Breachers are proximity bombs that crater anything in their path. They make for a very agile opponent, but they launch themselves into the fray and blow holes in indestructible walls. Make sure you are nowhere close to them.

Rooters are a rarer type of hostile. They send out coral spikes from the ground to injure and immobilize their targets. Rooters are always on the move and will keep you on edge. Beware when dealing them the final blow; they become extremely lethal when on the brink of death.

Smashers are not discreet. The parasite reinforces its body under a massively thick hide, making it practically impervious to bullet wounds. They can also tear down walls without suffering any injuries. Most weapons are ineffective against them so be wary, their goal is to split you up from your teammates.

Apex is at the top of the hostile food chain. It sends waves of hostiles your way rather than attack you head-on. They can hurl blinding projectiles, which can only be countered by Finka and Doc. This opponent is a real test on your team’s communication skills. To succeed you must eliminate the growing number of hostiles while hunting down the Apex. 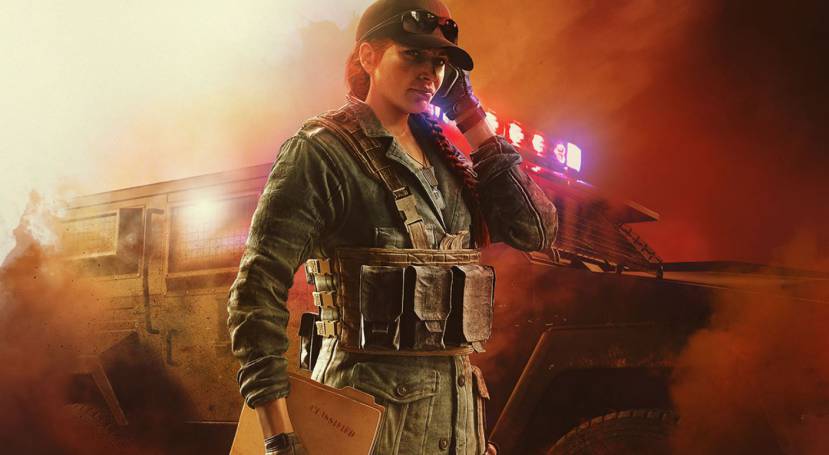 In Resort, you are dropped in the streets of Truth or Consequences for an insertion operation. You must breach an ageing resort heavily infested with hostile. According to our intel, the parasites are building a nursery. Foray into treacherous crevices and course through a kitsch décor crawling with hostile vacationers.

Hospital offers an elaborate hostage rescue operation, which is located deep in infested territory. The grim and narrow hallways set the stage for CQC tactics. The risk is worth it, though. The doctor trapped inside the hospital may be key to providing a cure.

The latest intel leads to a private property situated on the outskirts of Truth or Consequences. Junkyard offers an open outdoor setting with unique obstacles to keep you and your team vulnerable. Make a firm stand as waves of hostiles try to protect the heart of the infection.

The Outbreak Collection contains 50 cosmetic items of Rare, Epic and Legendary quality. There are a total of 50 unique items, including weapons skins, headgears, uniforms, charms and a unique Elite Uniform.

There are no duplicates.

Get 4 packs just by connecting to the event. Available only from March 6th to April 3rd, 2018. You can also get 10 packs with the Advanced Edition, Y3 Gold Edition, or the Y3 Complete Edition. The remaining packs can be purchased with R6 credits during the Outbreak Event.

We would like to thank you for supporting our game. To show our gratitude, we offer you the Ash Sidewinder Elite set.

This unique set includes the Sierra Serpent weapon skin for the R4-C, G36C, M45 MEUSOC, and 5.7 USG. With the Sidewinder uniform, Elite Ash Chibi, and her Ain’t Got Time for You victory animation, you’ll be facing the most lethal parasite to date.

The Ash Elite Set will be available at the launch of Operation Chimera in Ash’s Uniform section.

For Operation Chimera, we’re rolling out two new seasonal weapon skins. Once unlocked, these skins can be applied on all available weapons until the end of the Season. The Rusty Trigger weapon skins come straight from the hotzones to give you that hazardous junkyard look without catching the infection. The Ancestral Southwest seasonal weapon skins bring New Mexico’s rich culture to your fingertips.