Previously, a big Season 4 update added a new Fortune’s Keep map and updates to Caldera as well as new weapons and operators.

Unfortunately, players are still experiencing a number of issues while playing the game. Today’s COD Modern Warfare version 1.60 will fix a few of these issues.

As first found by Warzone’s Operators this week, Fortune’s Keep is now considered Cursed Ground – and now has an event to match.

Right now in Warzone, there are several “cursed chests” hidden around the newly discovered island. These chests contain power-ups and high-quality items… but can only be unlocked by brave souls who survive a hungry horde.

The Portable Redeploy Balloon is a quick way to reposition around the game’s largest island. It can be found as a Field Upgrade in loot or as a Contract reward, such as for a successfully cracking open a Supply Drop. 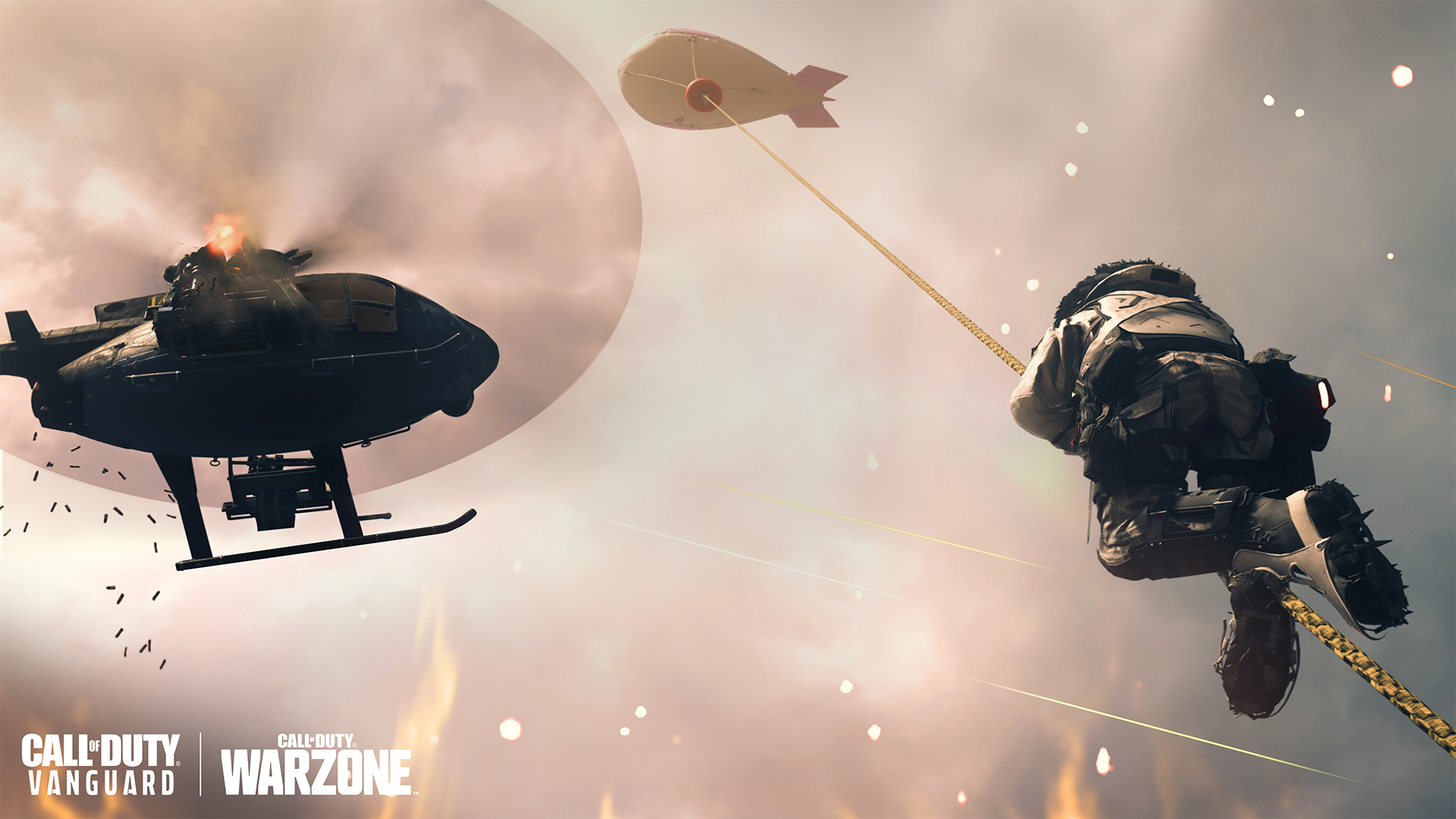 Able to be deployed anywhere with a clear sky above, any Operator can take advantage of this balloon in a box— even enemies reaching an already-deployed balloon — during the 30 seconds that it is inflated. Using it is as easy as using the standard Redeploy Balloon; hitch that zipline to it and be mindful of enemies below.

After a quick pit stop for upgrades, the four-passenger Armored SUV will now include a Nitrous Boost. 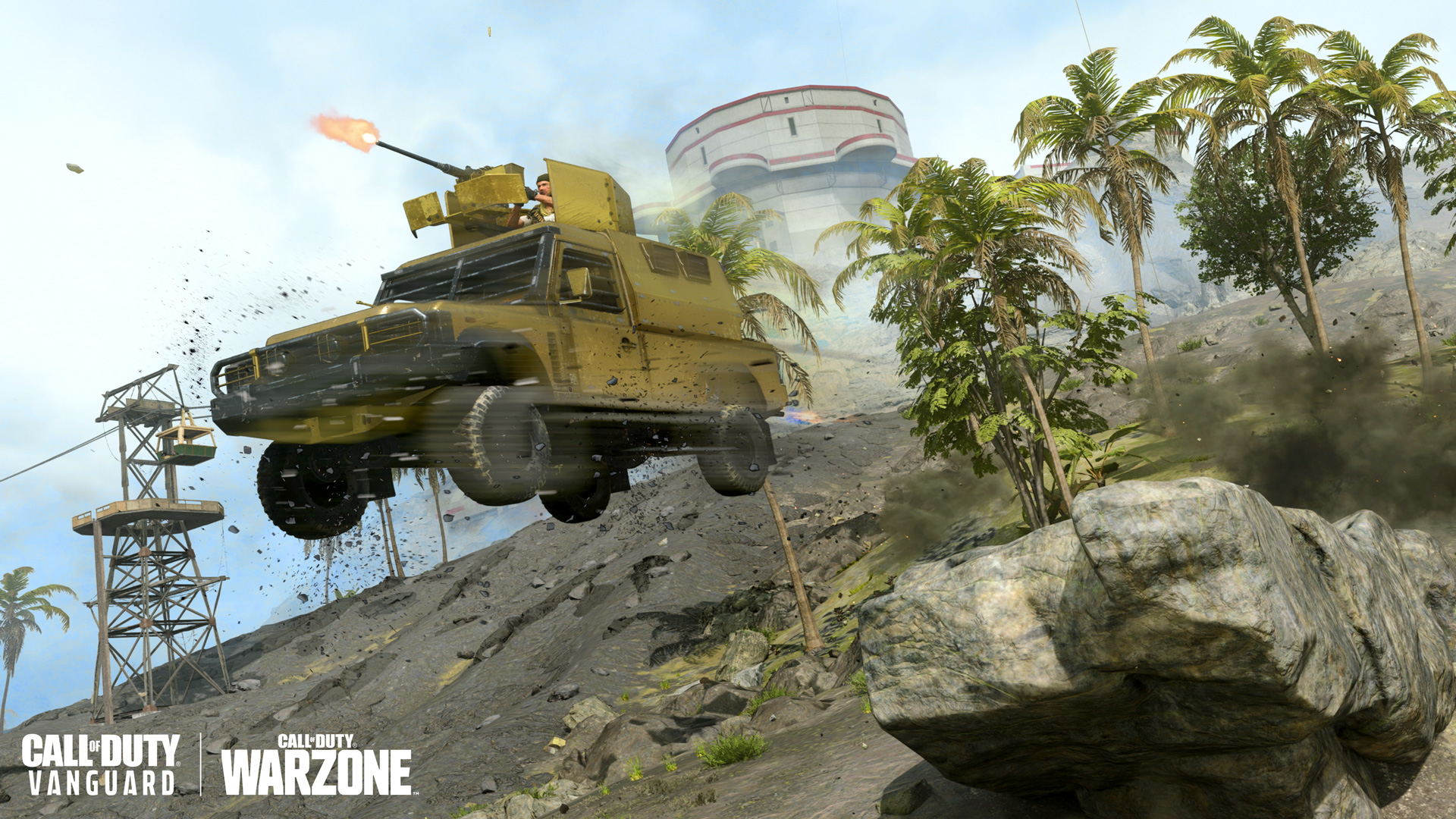 When you need to move fast around the map, hit the Nitro Boost for immediate acceleration, great for catching targets and getting out of dangerous situations.

Rebirth Island: Battle or Become the Horde in Rebirth of the Dead 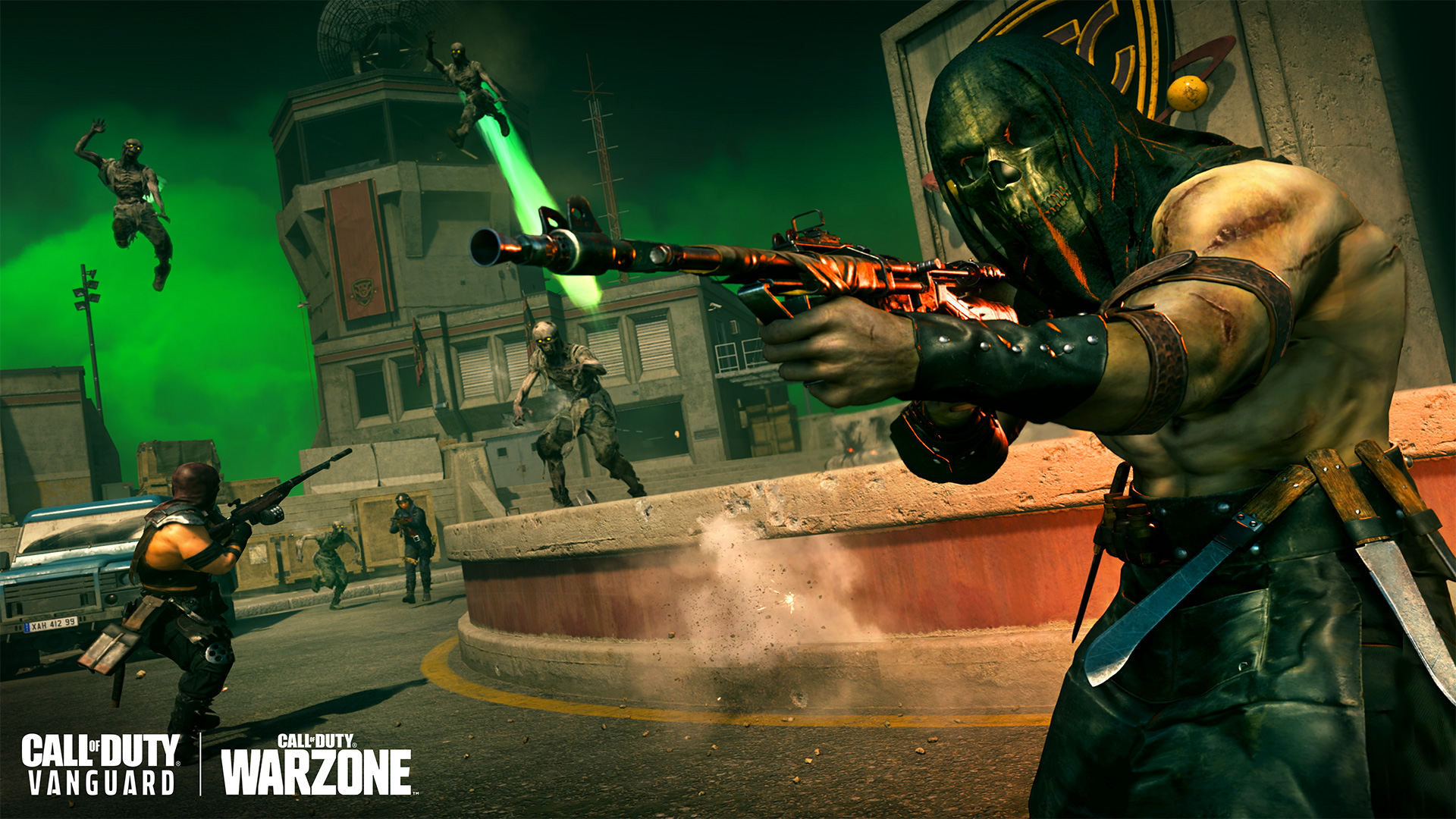 After hearing rumors of out-of-control experiments on Rebirth Island, our Operators are ready to investigate and eliminate whatever threats lurk in the fog.

In Rebirth of the Dead, a re-imagined version of Zombie Royale presented by Beenox, ten quads will deploy to the island, ready to battle fellow Operators, both living and undead.

Eliminated Operators return as zombies, intent on adding to their numbers by pursuing the remaining humans. To revive as an Operator, zombies must locate and collect four antivirals, which can be found in several ways:

Throughout the match, the Infestation Meter will fill up as zombies are eliminated. Once it is filled, all spectators will be revived as Zombies. 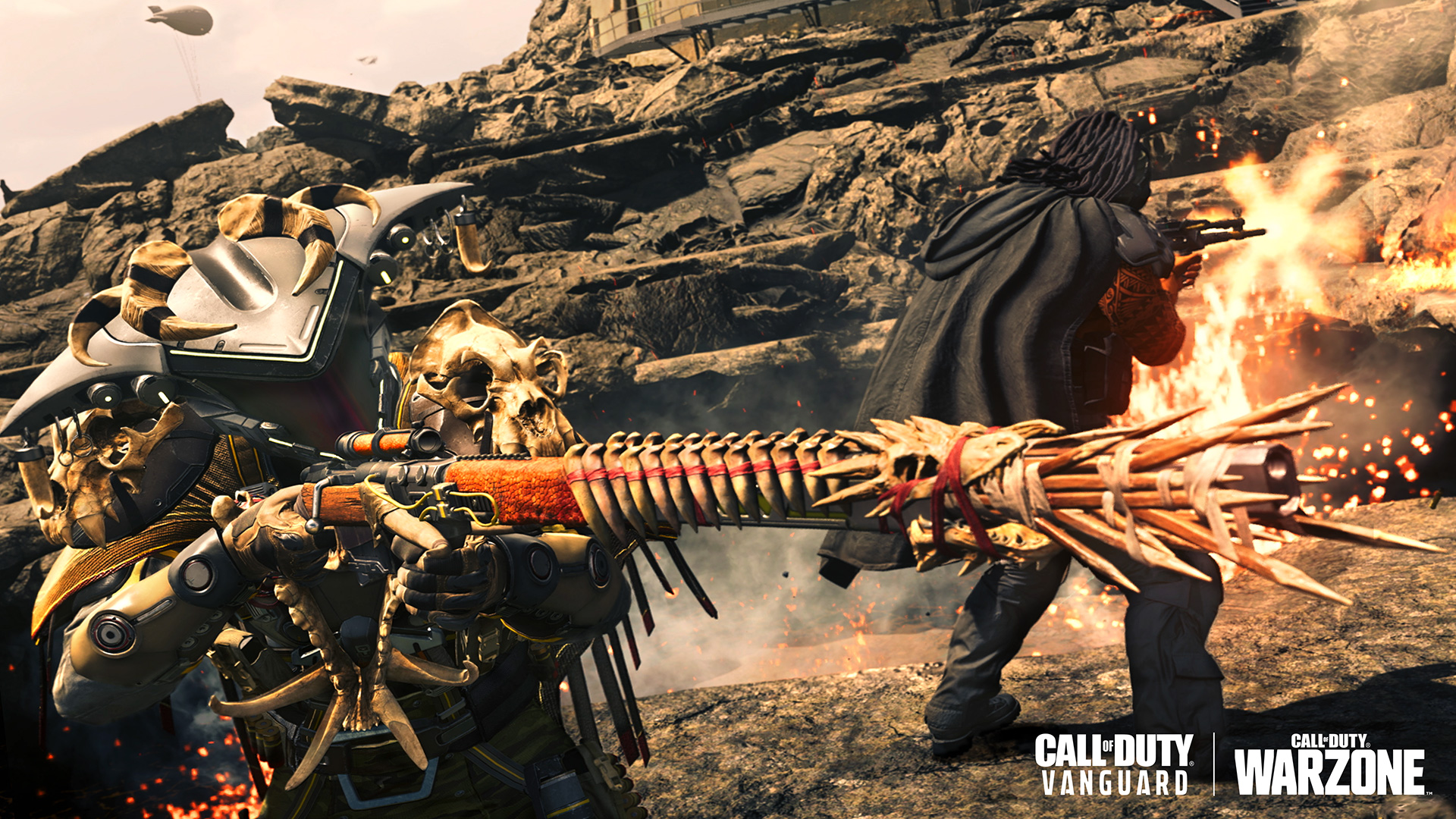 First there were the Iron Trials – now, inspired by the rise of machines in the near future, it’s time for all Operators to gear up for the Titanium Trials in Caldera.

To simulate the toughness of a Terminator model, the maximum base armor threshold will be increased to 300 hit points, with the Tempered Perk appearing more frequently as ground loot for more efficient armor repairs. Each player begins the game with a Self-Revive Kit and core health regeneration takes longer to restore, making it a high-skill, high time-to-kill (TTK) game mode.

Titanium Trials features a custom-built loot table to support the higher TTK gameplay, including exceedingly rare Redacted Weapons that are a step more powerful than Loadout Weapons. There are also fewer overall resources in the map to reward Operators who act aggressively towards the opposition, with the cost of Loadouts beginning at a higher price point and decreasing through the duration of the match. 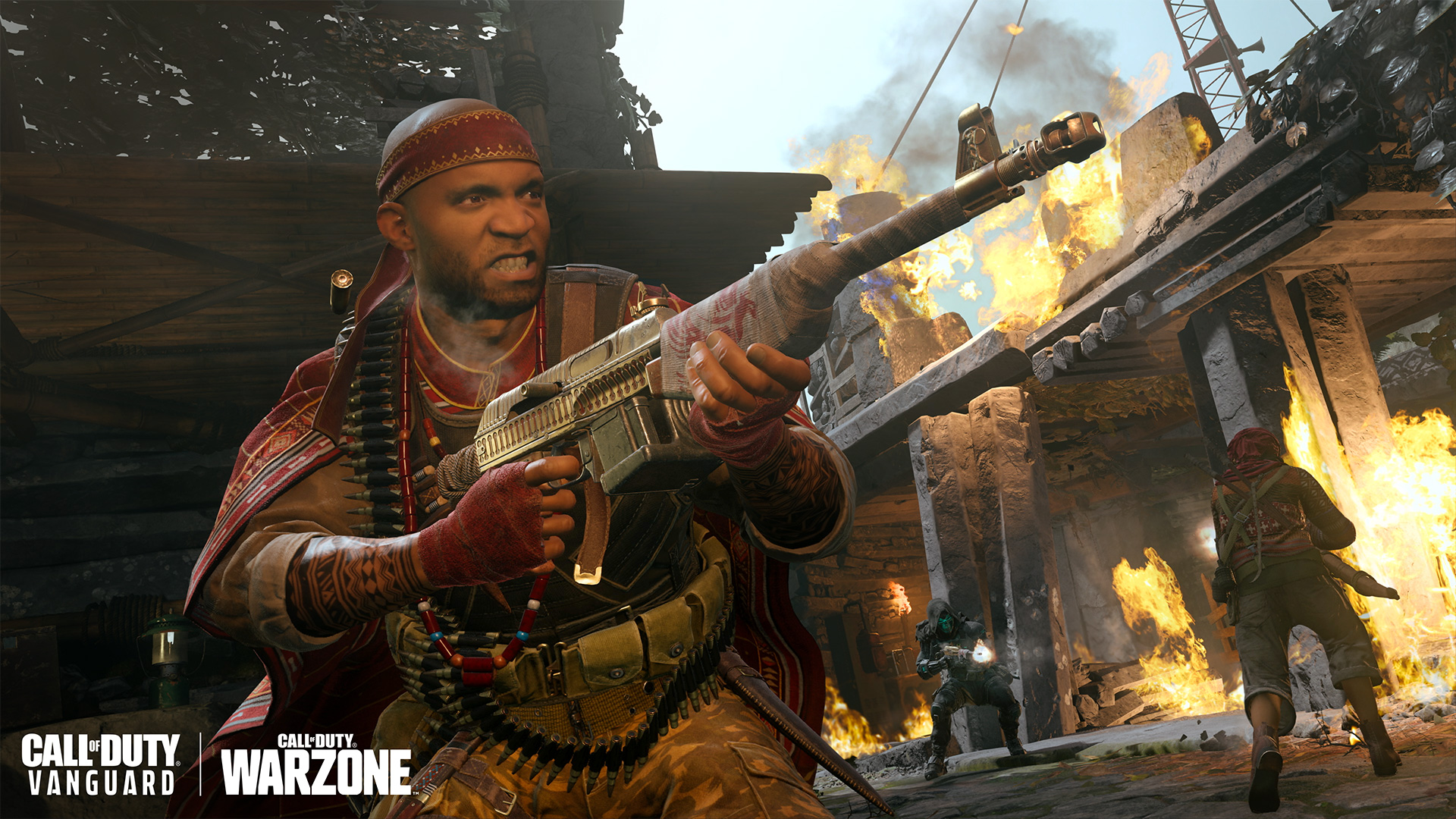 Task Force Immortals is getting its tactical reinforcement:

Ikenna Olowe understood strategy from a young age. As a child in Nigeria, he excelled at chess, quickly surpassing his teachers. He grew strong studying Gidigbo, a martial battle of wits. Balanced in body and mind, Ikenna joined the war effort as a battlefield engineer, establishing critical supply lines around the globe.

His preferred weapon is the new Vargo-S Assault Rifle — use it while playing as Ikenna Olowe to gain bonus Operator XP and Weapon XP.

Unlock Ikenna Olowe by purchasing his Bundle, scheduled to go live in the Store in Mercenaries of Fortune. 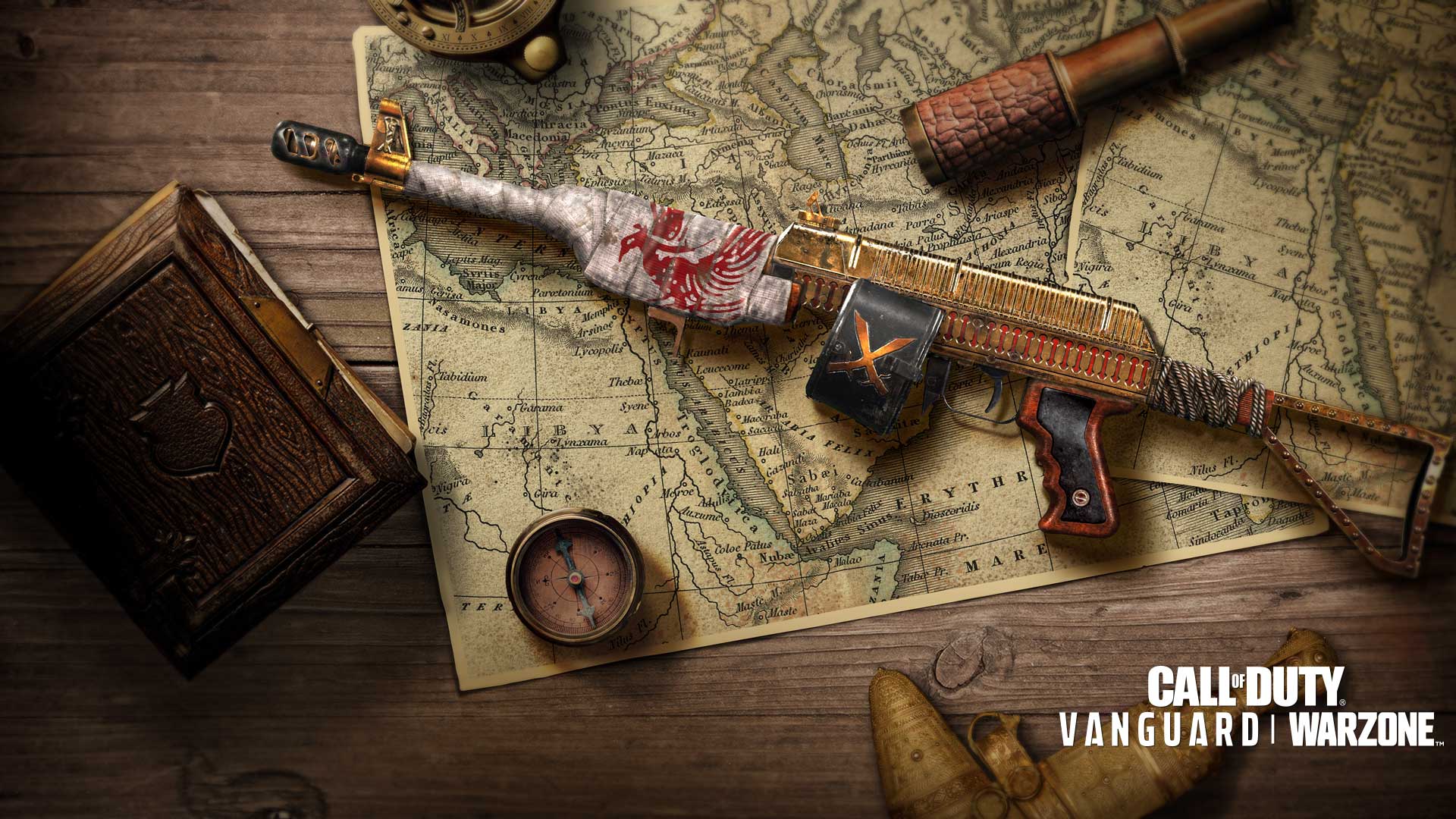 Trading firepower for improved accuracy and fire rate, this rifle excels in medium and long-range engagements.

Accuracy is king with the Vargo-S Assault Rifle, paired with a high fire rate for added aggression. Though outclassed in power, its reliability finds success in a variety of Gunsmith configurations, from fast-handling and snappy for tight mid-range play to adding a scope and additional stability to better compete from a distance. 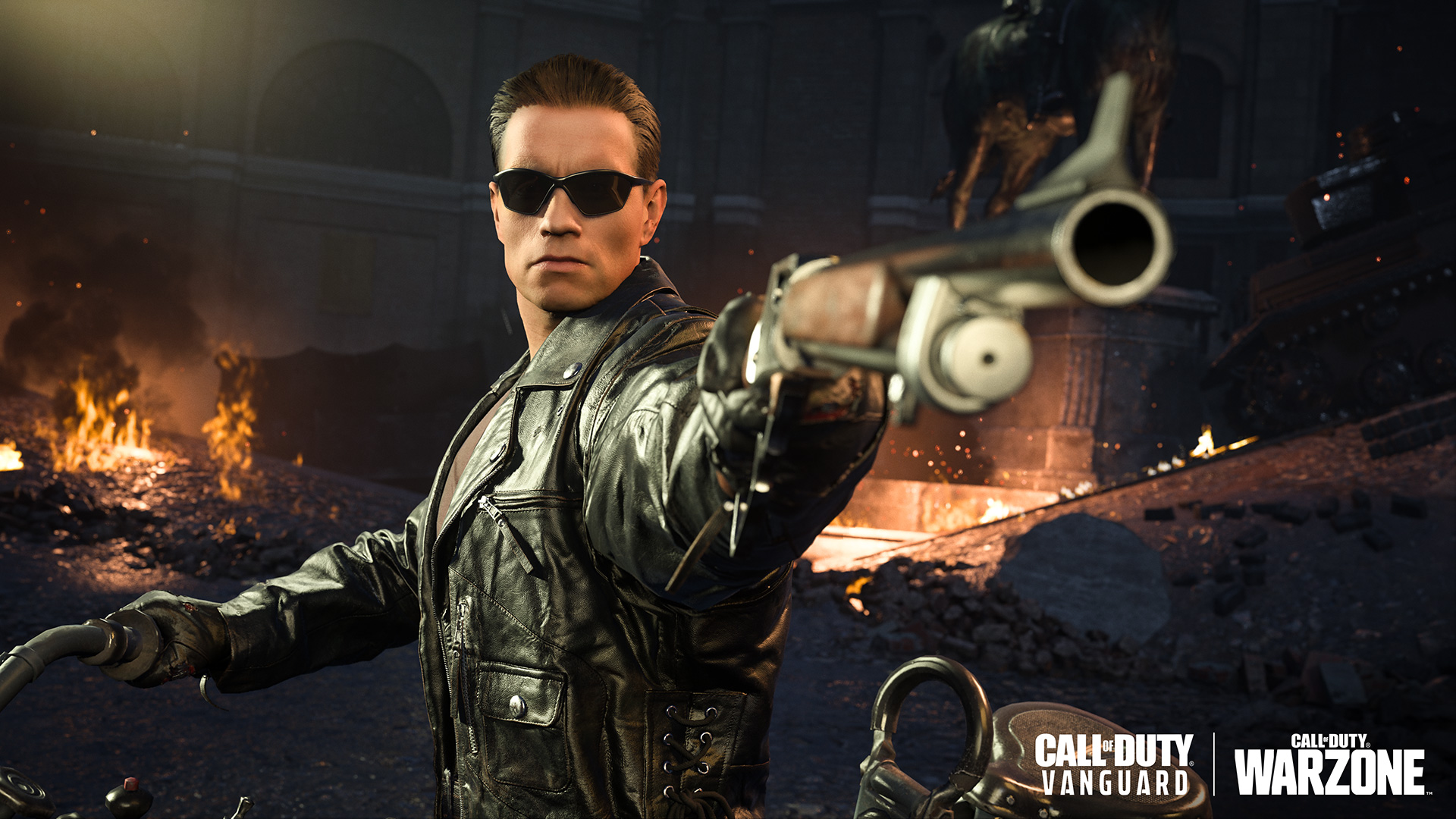 And we didn’t stop there with the rewards…

For a limited time, the classic Zombie Royale experience is coming back – this time to Rebirth Island but with a twist.

For those who haven’t played before, here are the core rules:

But that’s not all. The following additions have been made to the mode:

With the above also comes an ominous fog to Rebirth Island. For a limited time, experience this new mood and atmosphere during Rebirth of the Dead.

One final note: It seems the Golden Vaults have been opened. Who knows what awaits you inside?

First there were the Iron Trials – now, inspired by the rise of machines in the near future, it’s time for all Operators to gear up for the Titanium Trials in Caldera.

This work was completed during Season Four but is listed here for comprehensiveness.

Vanguard Redacted Weapons made their debut at the launch of Fortune’s Keep. These Weapons not only include a 10-attachment setup but also contain an exclusive Redacted gun perk!

Needless to say, a redacted Weapon is an extremely dangerous and highly sought after piece of loot. What’s more, you’ll be able to find additional rare Redacted Weapons in Titanium Trials: Endurance!

We are closing in on 200 Weapons in Warzone, and with so many to choose from it can be difficult to know what the right choice is when returning to the game for a new season. Starting in Season Four Reloaded, we will be rolling out a new feature with some Players where select Weapons of each category will be flagged as “Recommended” to help guide toward a Weapon that is currently performing well within its class.

The current health of the Long-Range Assault Rifle category is not where we’d like it to be, as it stands, the best performing builds are ones that result in the least amount of recoil. It’s high time we take a pass at some of the major outliers so that Vanguard Assault Rifles are less likely to devolve into pin-point accurate lasers. While some Weapons are intentionally made to be easier to control, those should receive penalties to their damage profile which we will roll-out over time.
Assault Rifle Charlie (VG)

The following shotguns Max Pellet Damage have been increased by 26%

Download free Call of Duty Warzone update 1.60 on PS4 and Xbox One.