Previously, a big update was released which added a new MP map, a new Operator, four new weapons, and more. Recently, a hotfix was also released.

Unfortunately, players are still experiencing a number of issues while playing the game. Today’s COD Modern Warfare version 1.53 will fix a few of these issues.

The latest Modern Warfare Warzone season 2 size is around 14GB.

Nebula V is meant for larger-scale armaments but can be used for small-arms ammunition and bombs, both found in extremely small quantities around Caldera.

Nebula V Ammo emits a poisonous gas cloud. Anyone attempting to revive this Operator — or standing within a few feet of them — will face a slight amount of damage over time, whether that be to a player’s health or to their Gas Mask duration. 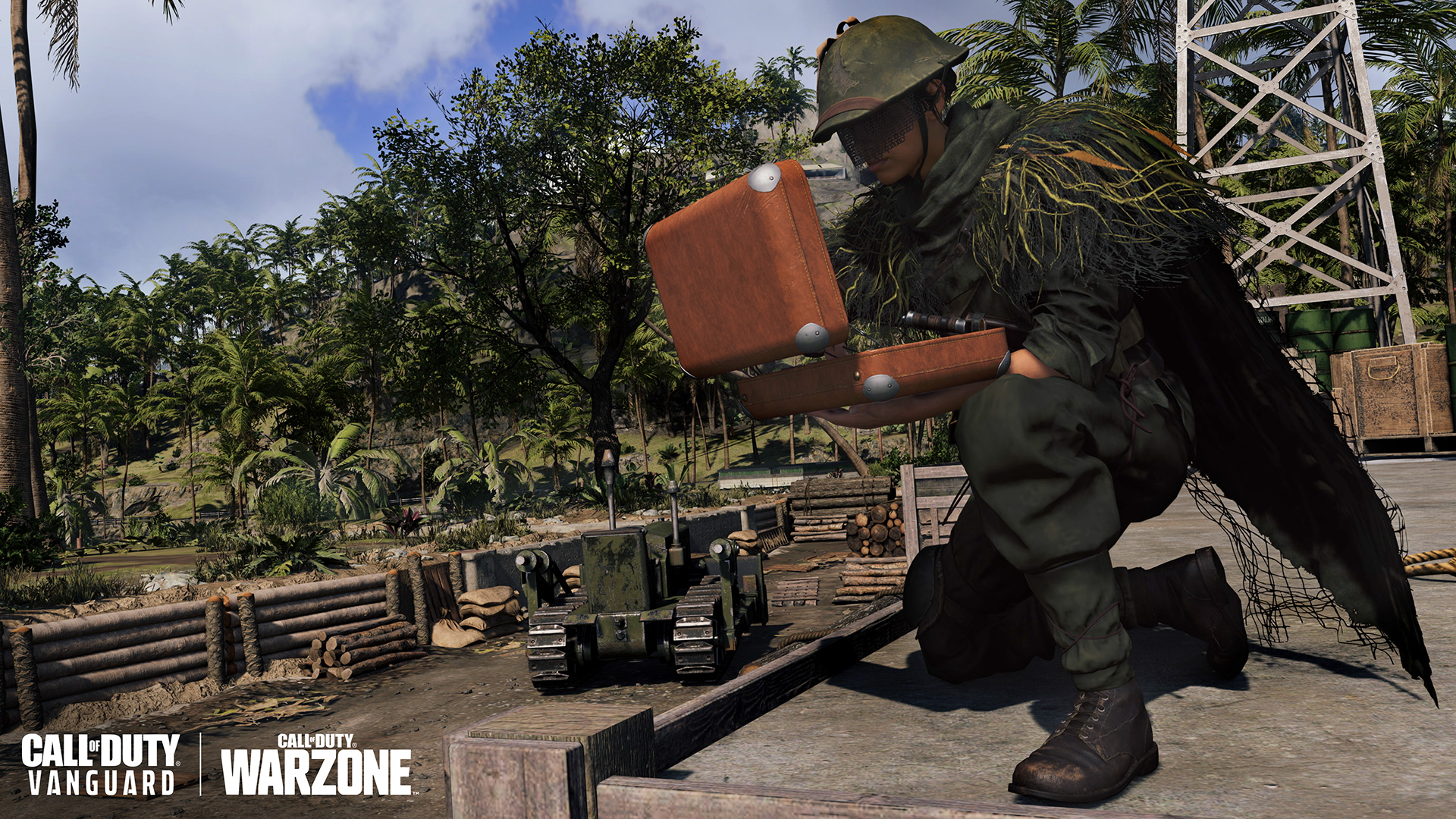 The Nebula V Bomb, once activated and set down in front of an Operator, it will detonate after a fixed countdown and cannot be disarmed or destroyed. Its initial explosion deals a high amount of damage and lingers for two minutes before ultimately dispersing. 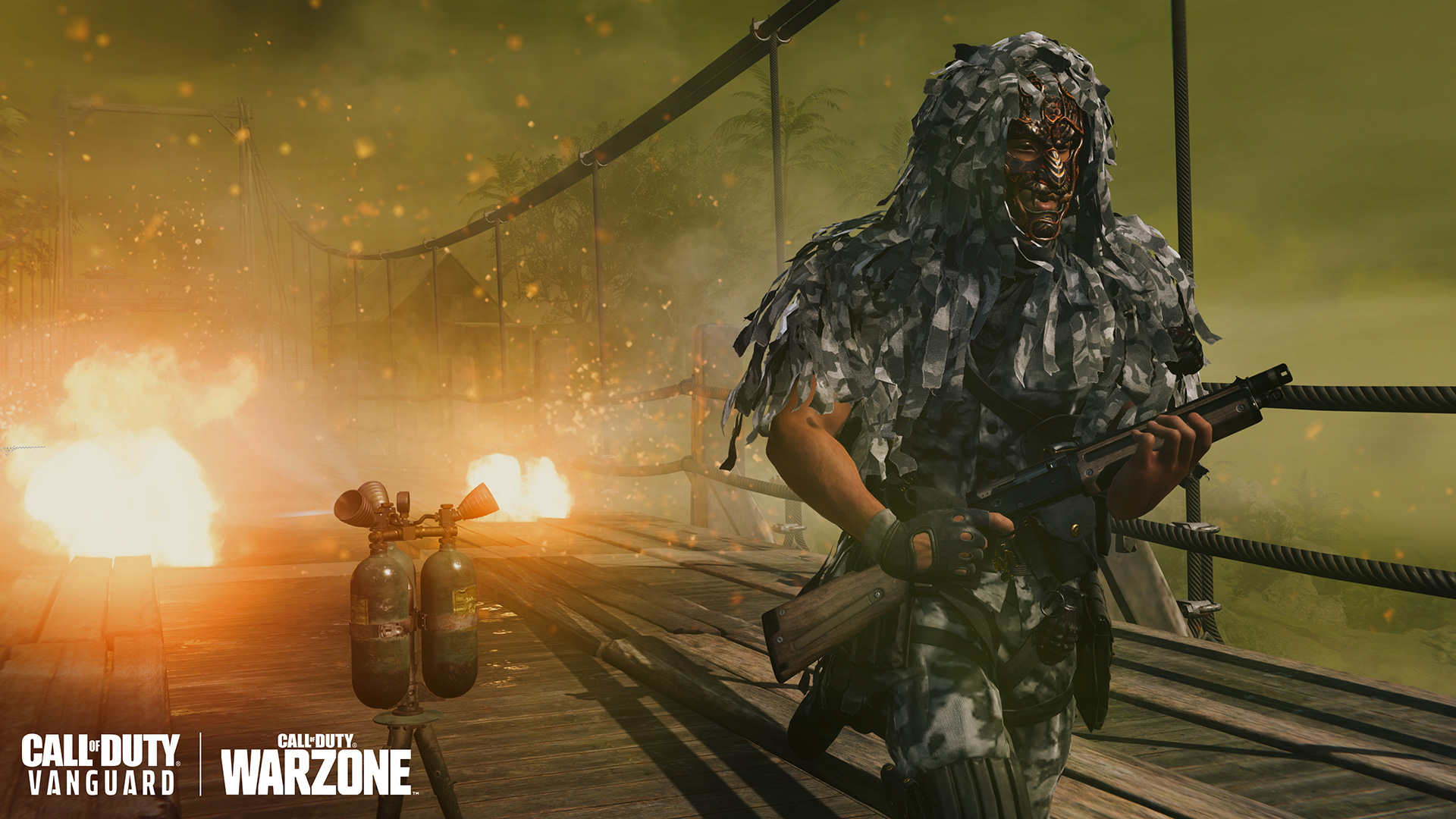 The Portable Decontamination Station, new Field Equipment in Caldera, is a portable device that filtrates air for several seconds, protecting anyone inside from the Circle Collapses or Nebula V gas. 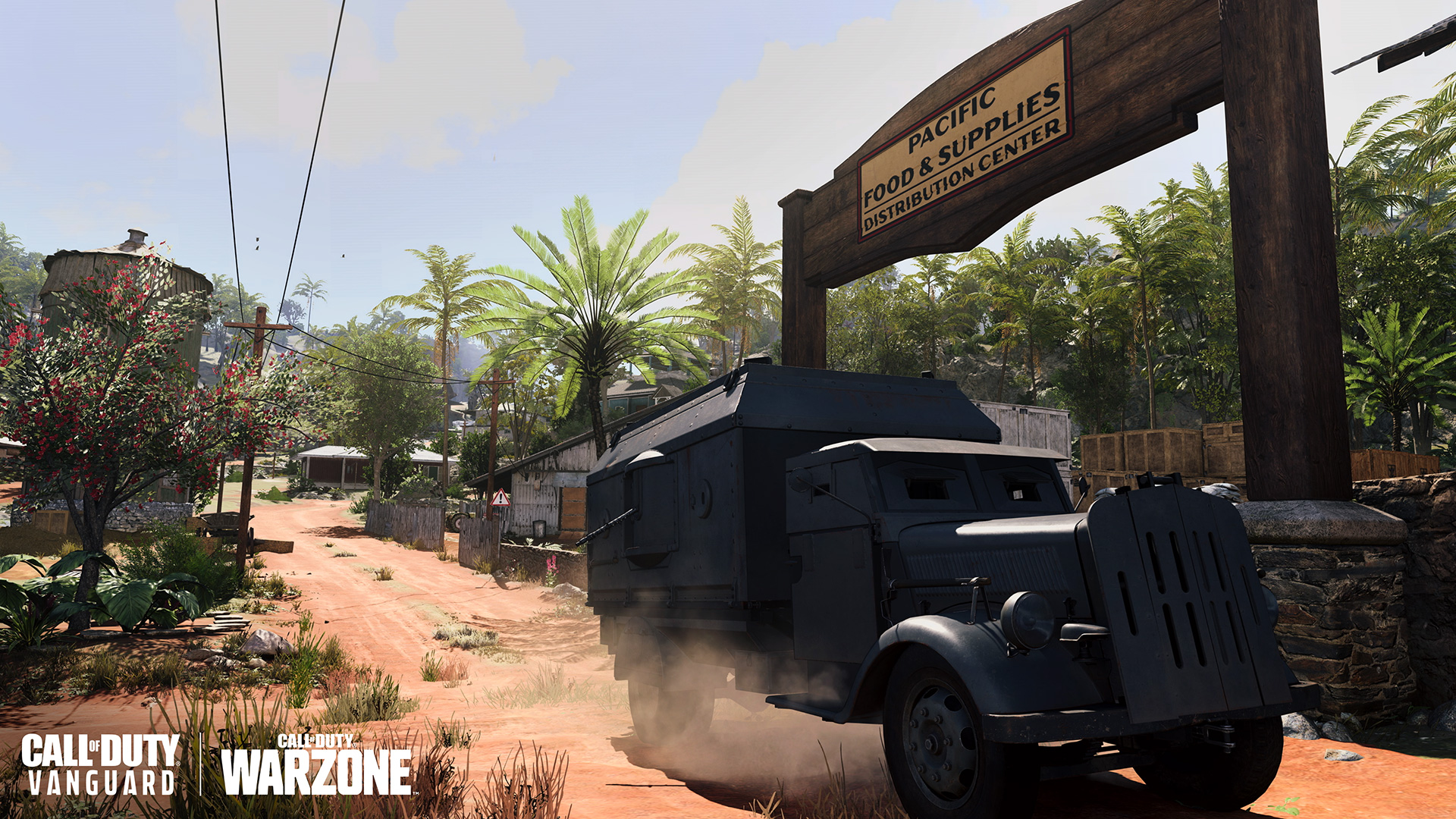 Armored Transport Trucks are unstoppable steel behemoths remotely roll on a set looping path, attacking those within its immediate vicinity with its two machine-gun turrets. Operators also need to avoid the mines it drops behind it, as well as the aerial support it calls in should it drop to low health.

Upon destruction, the Armored Transport Trucks will drop incredibly valuable items, including — in the rarest cases — an intact Nebula V Bomb. 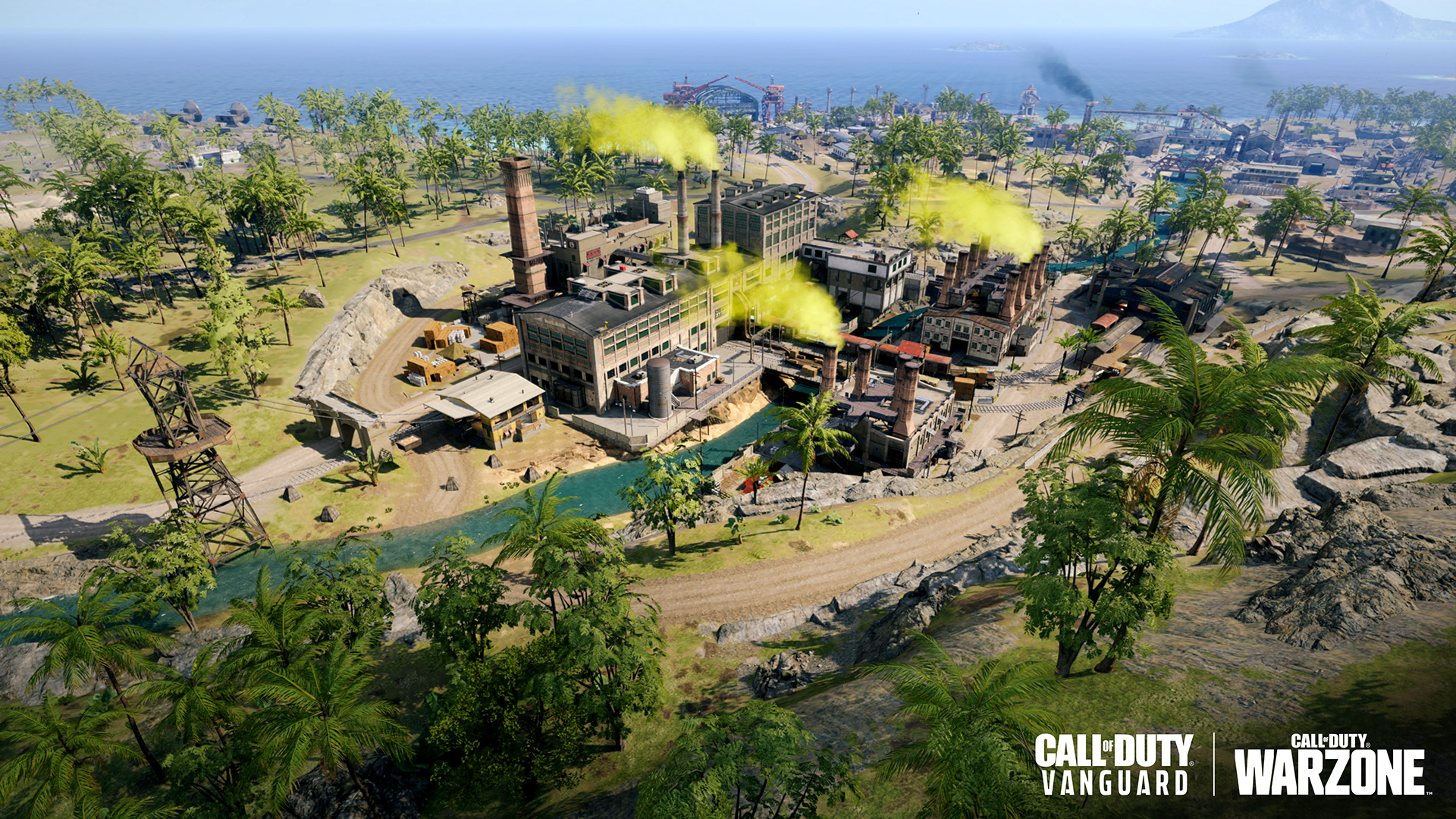 This newly named Chemical Factory includes enemy soldiers who protect the facility and a trap that can be sprung in the central building. There are several more interior spaces to explore, from the main factory floor to watchtowers with impressive sightlines over the facility and its surroundings. The river runs green with Nebula V’s by-product, but it is completely harmless.

Squads who infiltrate this highly lethal area will walk away with more valuable loot on average, which may help in the ensuing fight against both the Circle Collapse and Nebula V Bombs.

According to current intel, the Axis operated seven research laboratories around the island, hiding them underground and guarding them with small squads of soldiers.

With only one way into these facilities, your squad better have an escape plan before the Circle Collapse — or enemy squads — threatens your chances at walking away with phenomenal Loadout items, which may include Gas Masks and Nebula V Ammo. 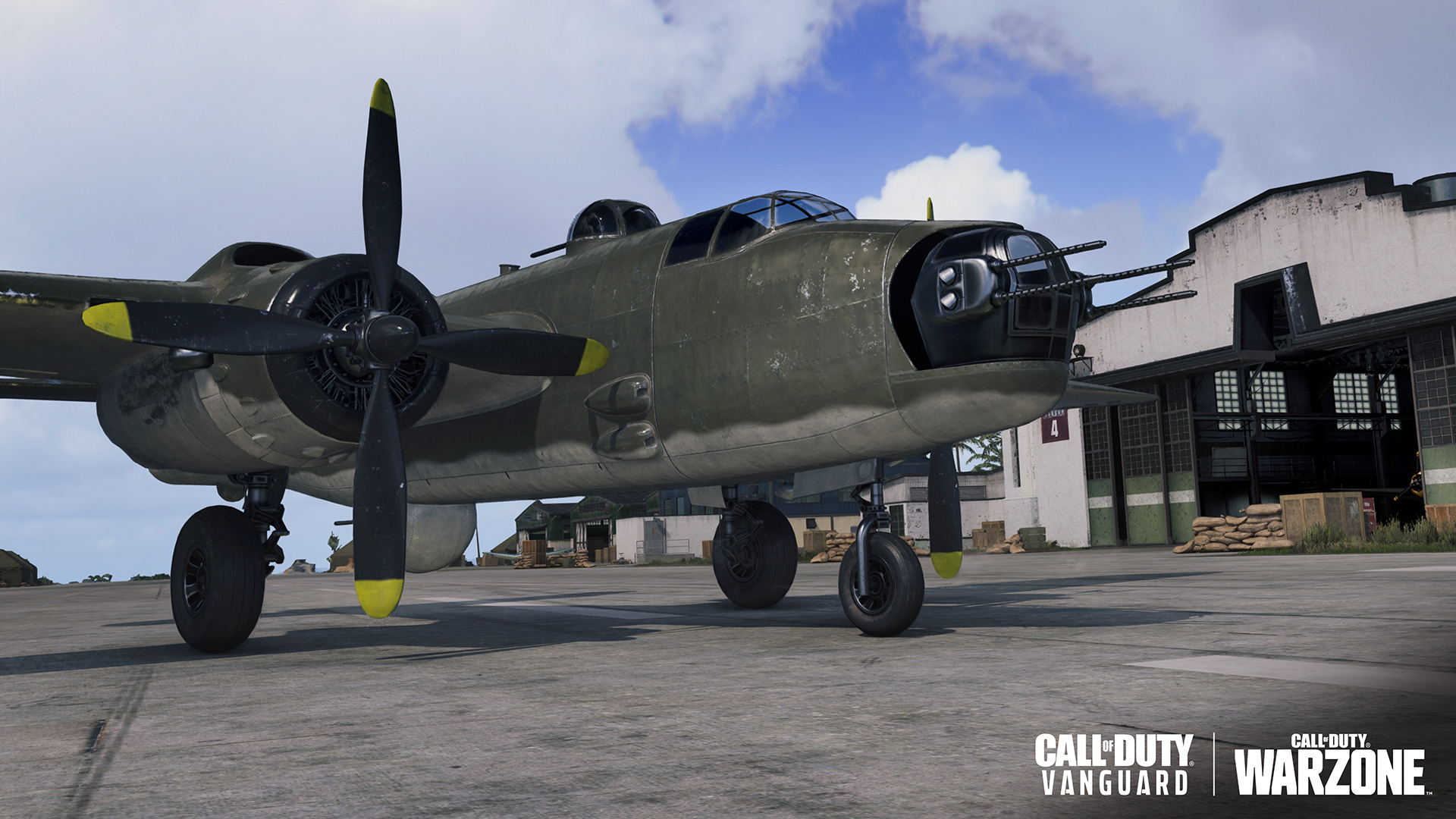 The Bomber is a formidable air-to-ground striker capable of leveling infantry vehicles and destroying Loadout Drops.

Players can drop into a stationary or truck-mounted AA Gun and bring down these airborne behemoths with vim and vigor! 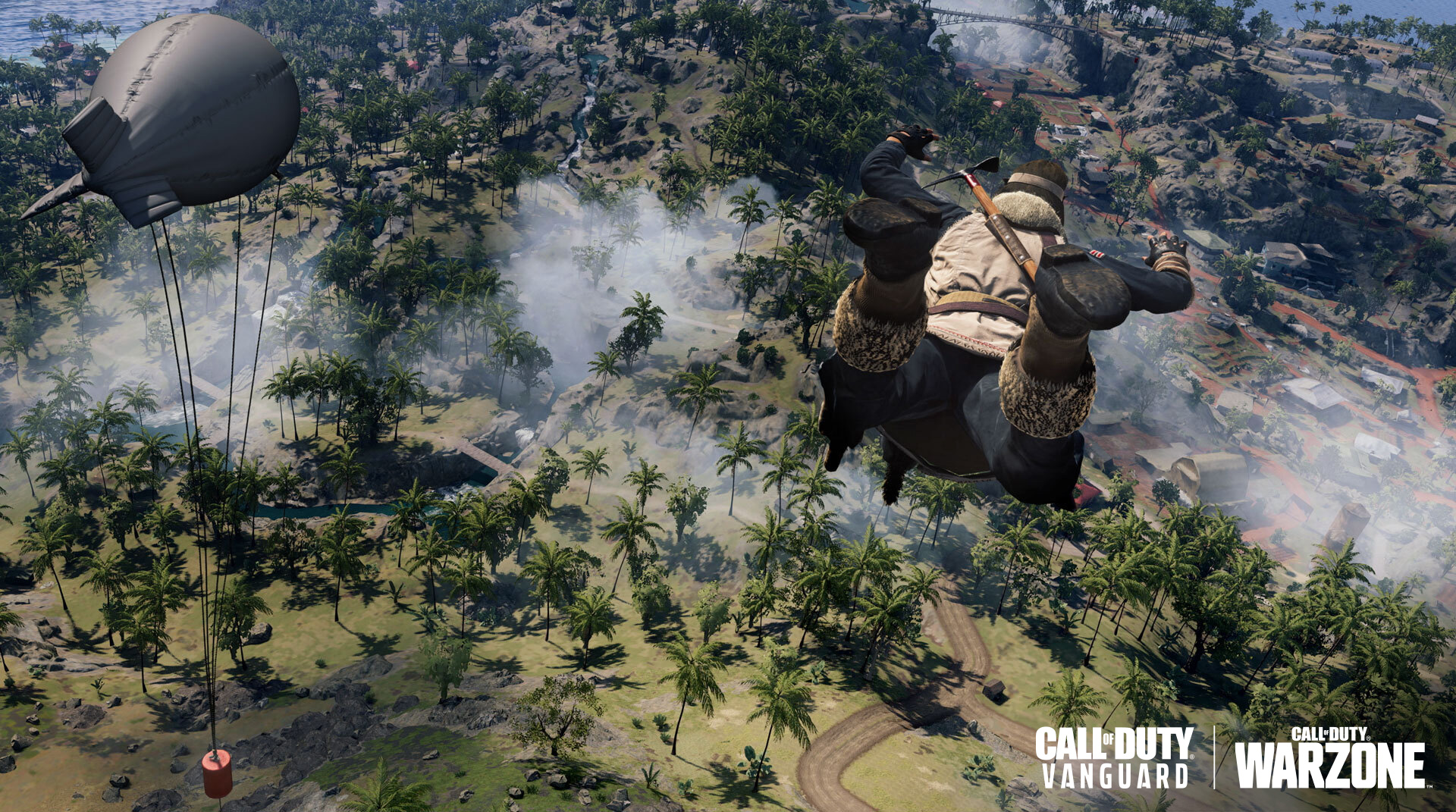 Shown on the Tac Map as a blimp icon, the Redeploy Balloon is a ticket back into the skies to reposition thousands of meters away from your set location.

Operators can ascend to the top of the balloon via a zipline tethered to the balloon, then leap off at the top and deploy their parachute to cover great distances. Planes or weaponry can destroy the Redeploy Balloon, and once the Balloon is deflated, Operators can spend a few hundred bucks to reinflate it. 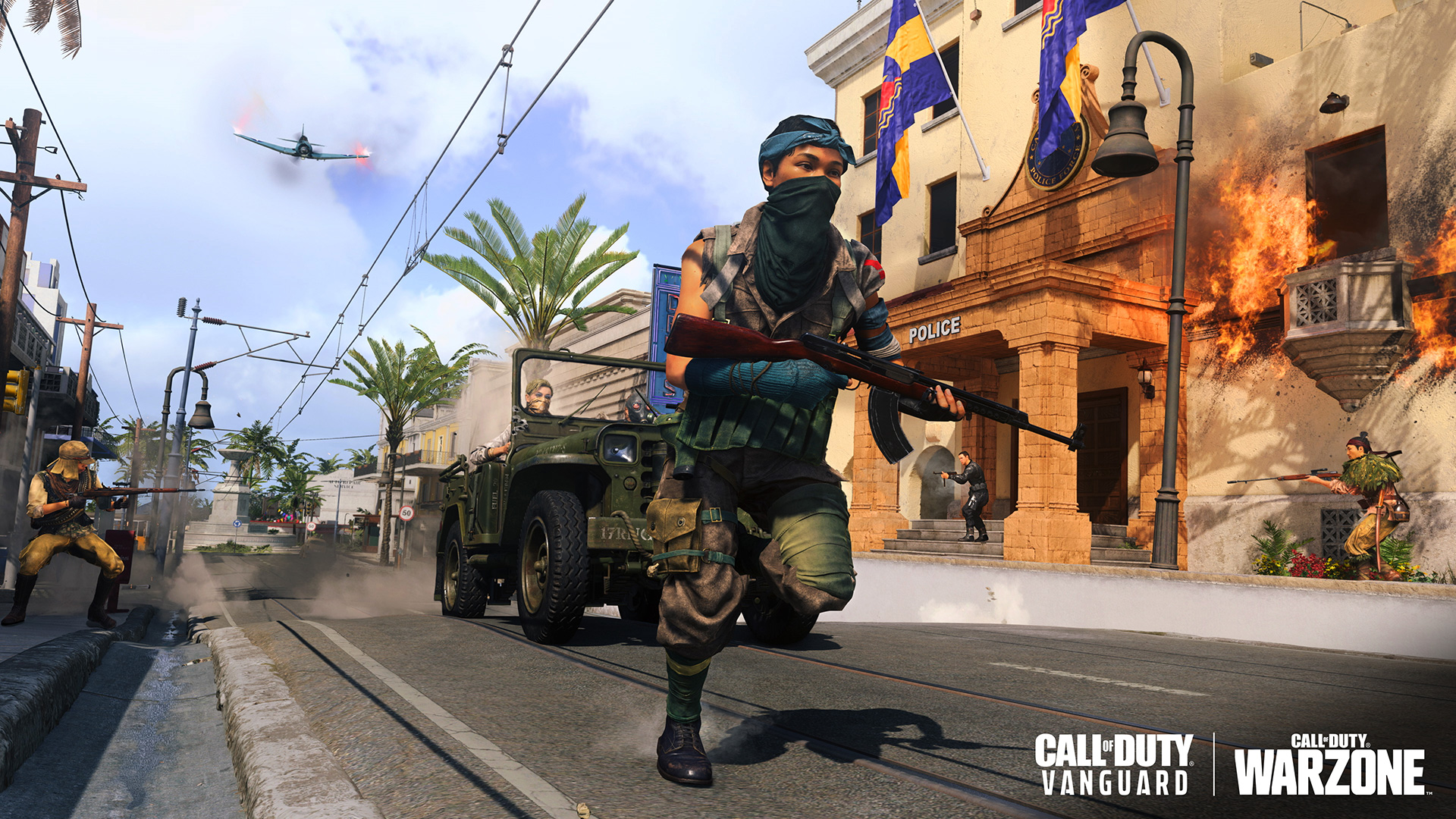 Caldera Clash pits two teams of up to 48 Operators (divided into Quads) in a Deathmatch with wild events and power-ups.

Caldera Clash allows Operators to drop in with their Custom Loadout, which can have any weapons from Call of Duty®: Modern Warfare® to Vanguard, and a Field Upgrade. 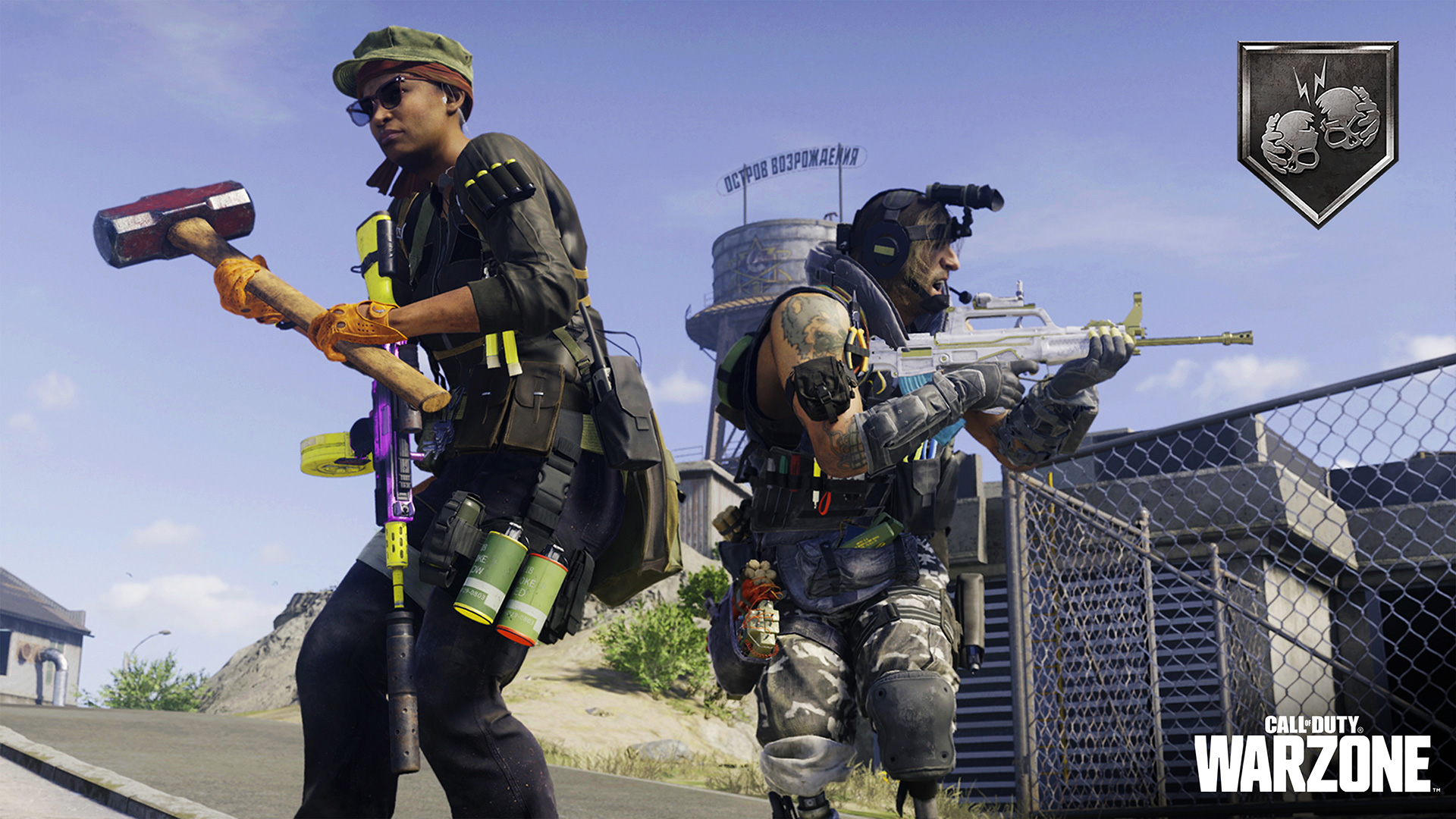 Iron Trials is a Battle Royale variant custom-made for highly competitive players. Those who can’t wait to learn more about this mode needn’t worry: this is a Duos mode — 20 squads of 2, for 40 Operators total — and uses a similar Circle Collapse size and speed.

This new take on Clash pits two teams of up to 48 Operators in a Deathmatch with wild events and power-ups. Operators drop in with their Custom Loadout, which can have any weapons from all three Chapters, and a Field Upgrade. Each kill earns their team a point, with the first team to reach a set number of points, or the team that has the most points when the time limit expires, claiming victory for their massive faction.

At its core, Rebirth Iron Trials is a Battle Royale game mode — the last team standing wins, the Circle Collapse shrinks the playable area to promote engagements, and those who die earlier in the game have a chance to respawn if they win a duel in the Rebirth Island Gulag.

However, Iron Trials brings numerous fundamental changes to this traditional Battle Royale formula. All of them are meant to give players the chance to prove themselves as truly elite Operators — which we will detail in future notes closer to the mode going live on March 3rd.

In the meantime, here’s a sneak peek at the Calling Card reward!

The Resurgence game mode we all know and love returns to Caldera, now with unrestricted access to all Operators and Weapon Loadouts alongside additional improvements – which we will detail in future notes closer to the mode going live on March 23rd.

We’re stripping Battle Royale down and moving back to basics for Season Two. We want Battle Royale and Vanguard Royale to each have their own distinct identities. To achieve this, we are focusing-in on what makes these rulesets unique… the tools we provide our players, the pacing, the objectives, etc.

Here is an overview of the changes Players can expect to see:

We’ve been really happy with the response and feedback to Vanguard Royale, with a lot of the sentiment emphasizing how the mode feels fresh and different from the core Battle Royale experience. With that said, we want to go all in on these differentiators and spread the two modes out to offer more variety in how Players choose to experience Warzone.

Before we dive into specific Gameplay additions and changes, we want to outline some changes that apply across the entire game:

Download free Call of Duty Warzone update 1.53 on PS4 and Xbox One.