Previously, a major update was released with various quality of life changes. Unfortunately, many players are still experiencing a number of issues while playing the game. Today’s Melty Blood Type Lumina version 1.14 will fix a few of these issues.

Check out the full patch notes below the break.

What is new in Melty Blood January 13 Update patch notes? 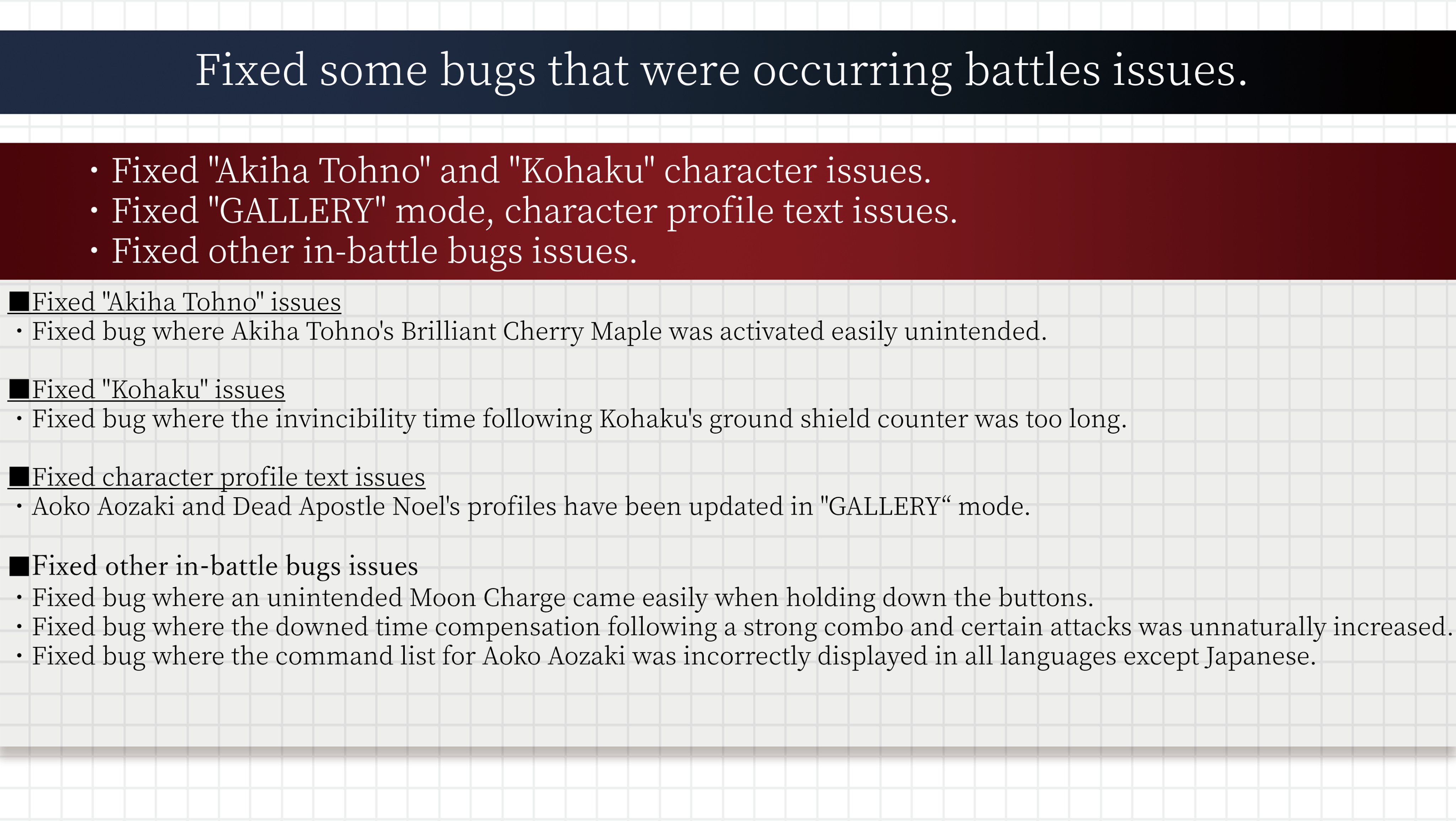