Jurassic World Evolution 2 update 2 will be available on December 9, 2021. According to the JWE 2 update 2 patch notes, the latest update added the Early Cretaceous Pack and various bug fixes to the game.

Recently, the game was released with positive reviews. Unfortunately, since the launch, players are experiencing issues with the game. Today’s JWE2 update 2will fix a few of these issues.

You’ll be getting to know Wuerhosaurus, Minmi, Dsungaripterus and Kronosaurus a little better over the next week, but you can check out the Species Field Guide for Kronosaurus in the video below:

If you find yourself in Hyde Park in London on 8 and 9 December, you can see the Kronosaurus come to life over the Serpentine during the evening, after sunset.

Releasing alongside the Early Cretaceous Pack is free Update 1! The Jurassic World Evolution 2 team has been hard at work making this world evolved even bigger than before. Update 1 will introduce more playable maps, more building sets, rock perch points for flying reptiles, and several other quality of life changes. and bug fixes. Read on to learn more:

Buildings and fences from the Department of Fish and Wildlife will be available in Sandbox Mode starting from 9 December. If you enjoyed the campaign mode and wanted to continue building using the DFW’s building set, you’ll be able to use them very soon. Update 1 includes a full set of DFW buildings, from Restrooms and Lagoons, to Hotels and Viewing Platforms. We’re also releasing additional Jurassic Park themed buildings, specifically Lagoons and Aviaries, so you can have marine and flying reptiles in your Jurassic Park era Sandbox. 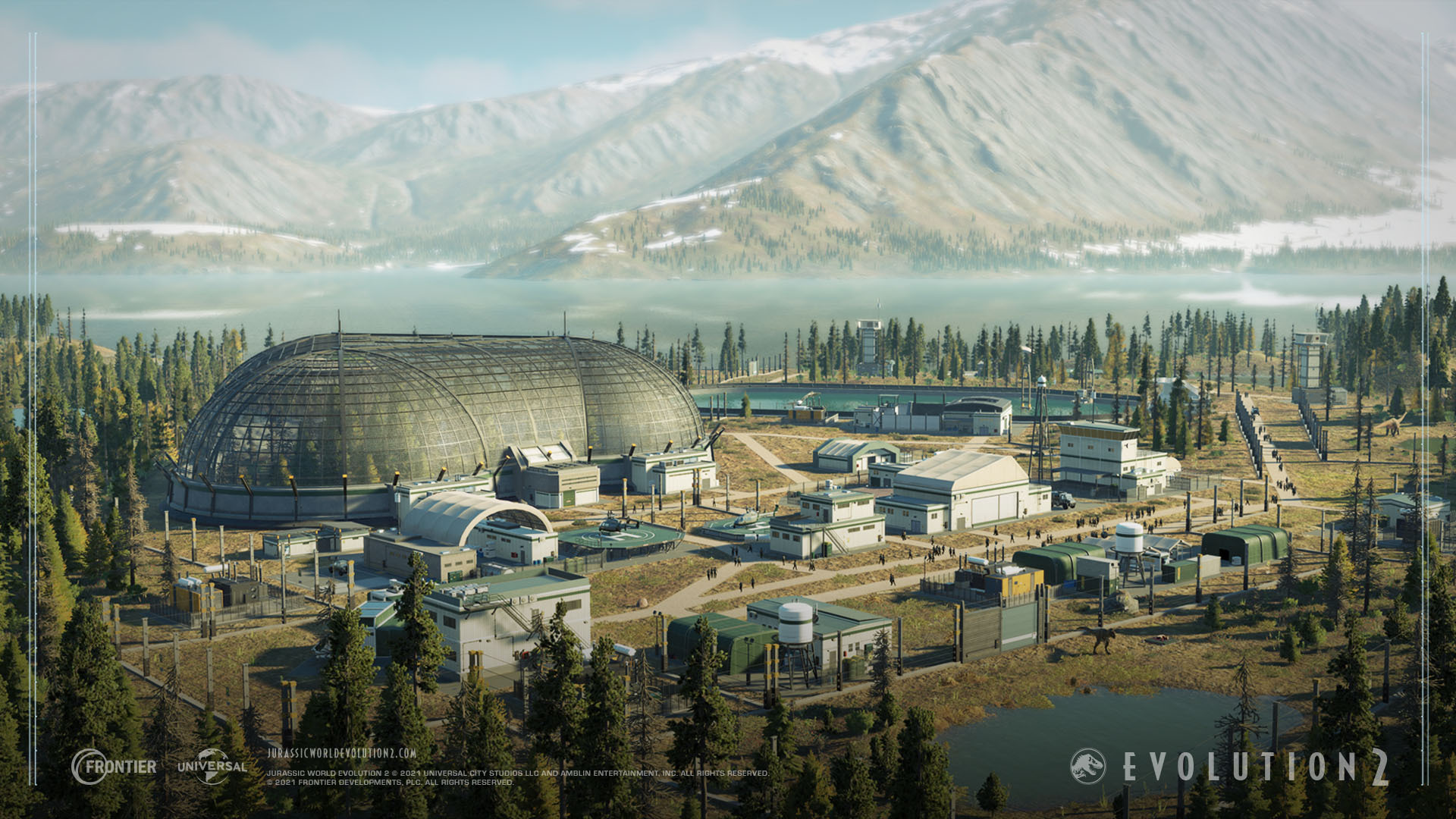 After Update 1 you can use the five campaign maps in Sandbox Mode. Revisit the Arizona desert, the Washington State mountains, the Pennsylvania airport, the forests of Oregon, and Yosemite National park in Sandbox and create some amazing dinosaur parks or facilities. We can’t wait to see what you build in these locations. Which map will you build on first?

Do you prefer to start with a blank slate in Sandbox Mode? After Update 1 you can! When you start up Sandbox Mode you will now have the option to start with a completely flat, tree-less version of any map. You can then modify the map topography and flora as you wish!

Flying reptiles can now perch on rocks placed inside an Aviary, letting you and your guests appreciate their majesty when they rest between flights.

We’ve done a few changes to game balancing based on some of your feedback. The frequency of storms and disease outbreaks in Chaos Theory should be less frequent after this patch, as should disease outbreaks in Easy and Medium difficulty Challenge levels. We’ve also made some tweaks to the Dominance stat, which should cut down on dinosaur fights, as well as decreased the likelihood of dinosaur fights causing injuries. Finally, we’ve rebalanced the combat stats of dinosaurs that can be involved in group hunts.

Update 1 also comes with several accessibility additions. We’ve added in different subtitle colours for each speaker, an adjustable autosave frequency, and the game can be paused during cutscenes.

The DLC and free Update 1 will release on 9 December at 14:00 GMT, or at the following times in the time zones listed below: