Previously, a big update was released with various quality of life changes. Unfortunately, players are still experiencing a number of issues.

Today’s Infestation The New Z patch 5.3 will fix a few of these issues. Read more details below.

With this update, we are introducing a rework for the clan section. It is a complete overhaul that will see more options on your clan.

This has been asked for a while and though we wanted to work on this earlier, we had more pressing priorities.

Clan creation was one of the first features brought under the original developer team in The War Z, but it was lackluster. We have put off doing this complete rework for some time as we didn’t feel it was that urgent as, though it was too “plain”, it worked for its purpose.

However, we decided recently to start working on QOL changes such as this to make it even easier to understand for all players, new and old.

Here are some of the changes made to it:

To access the new Clan Menu, you can find it here: 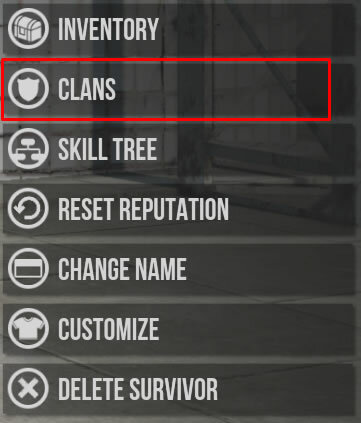 On this menu, you can see all clans and their public information.

You can also use the sort tabs to better navigate 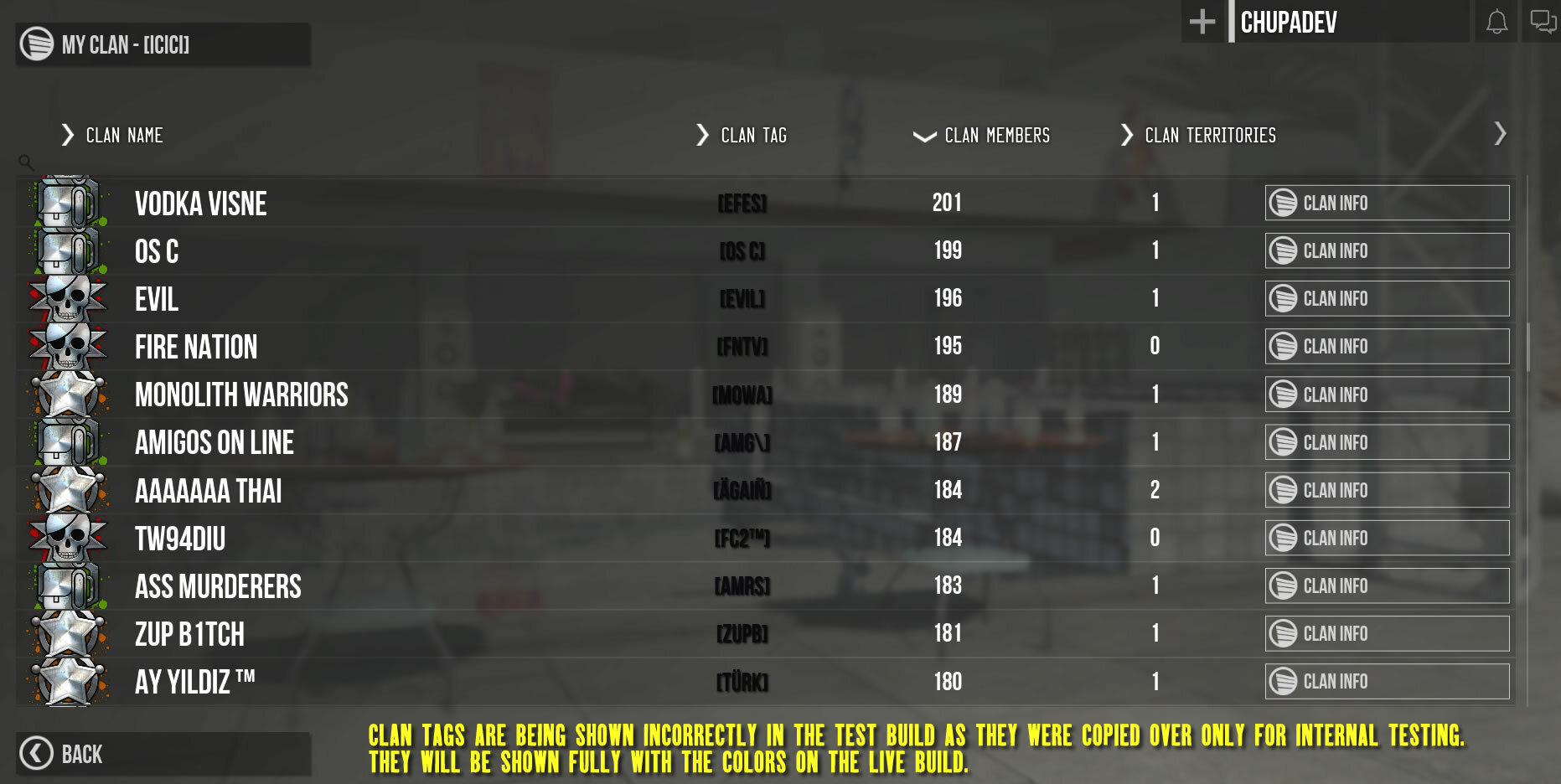 Clicking on a clan will show you all the public information on the clan, as such 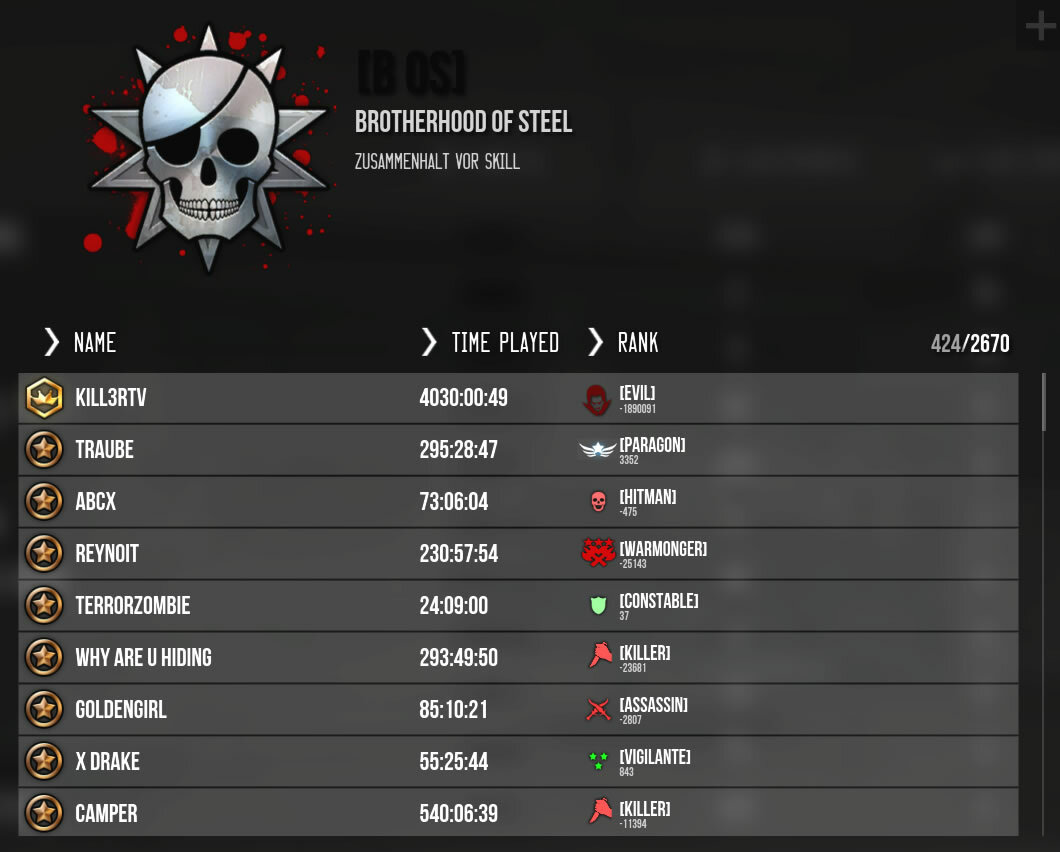 Clicking on your clan on the top left will bring up a slightly different menu, with all the known functions you already had in addition to the Customize button: 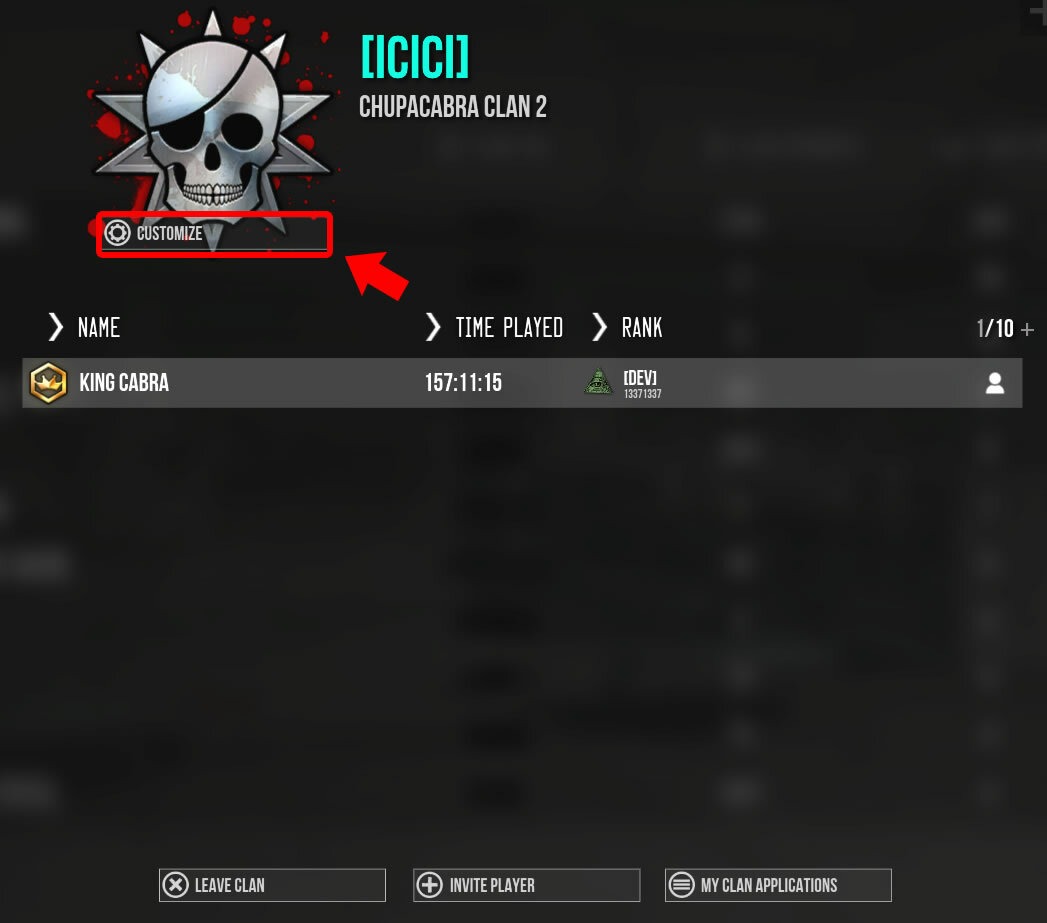 On the Customization menu, you will be able to edit your clan icon, name, description, tag and tag color.

With the clan tag color, you can also pick any RGB color from the menu that pops up: