A new Green Hell update 2.3.6 is rolling out on PC. According to the official Green Hell patch notes, the latest update new plant naming feature to the game.

Now you can name all “Unknown” flora and its fruits in your Notebook. From now on it will be easier to let the future Jake know what the past Jake has already discovered about a given specimen of the flora. And this will not only be visible in your Notebook, but in the whole jungle! If future Jake decides to extend the research and – due to new experiments – comes to different conclusions, you can easily rename a given plant to your liking. 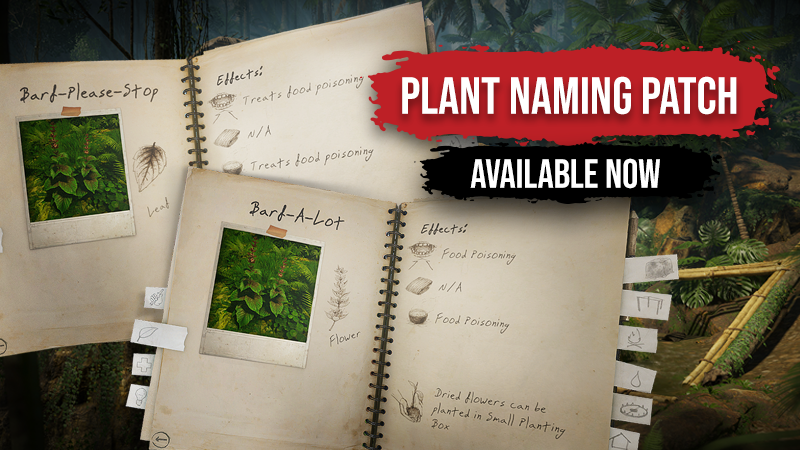