2. Tracks
– The “Tsukuba Circuit” has been added.

4. Scapes
– “Sakura” has been added to the special featured section.

5. Brand Central
– Museums have been added to Mini and Renault Sport.

6. Sport Mode
– If a car pushes another car into a wall, the penalty applied to the player of the car that caused the incident will now be more severe;
– In a collision between two cars, the car behind will no longer receive a more severe penalty;
– A Time Penalty will no longer be applied to cars spinning out of control;
– No penalties for collisions will be applied while a Time Penalty is counting down. (*In a future update, we plan to make cars under such condition semi-transparent);
– Cars over a lap behind will now be ghosted depending on the distance from the player’s car.

7. Lobby
– A “Ghost Lapped Cars” option has been added to the [Penalty Settings] screen.

8. Car Settings
– Fixed an issue wherein opening the Settings screen of a car with a great ‘Distance Driven’ value would display an incorrect number under the ‘Maximum Power’ stat. (*This was only a display issue and had no performance effect.)

9. VR Tour Mode
– The [VR Time Trial] mode has been added;
– You can now receive rewards from the VR Drive and VR Time Trial modes.

10. Controller
– Fanatec® CSL Elite Racing Wheel (for PS4) support has been added;
– Some functions of the Fanatec® CSL Elite Racing Wheel, including the Rev Light / LED display, are not currently supported (these will become available in a future update). Furthermore, depending on the type of steering wheel in use, some buttons may be assigned differently on the PS4, or may not function at all (the directional key push button is not supported on the PS4, for example). For more details, please check the product’s manual and official website;
– Thrustmaster TSS Handbrake Sparco Mod compatibility has been increased. (*The side brake input is now supported.)

Other Improvements and Adjustments

– Various other issues have been addressed. 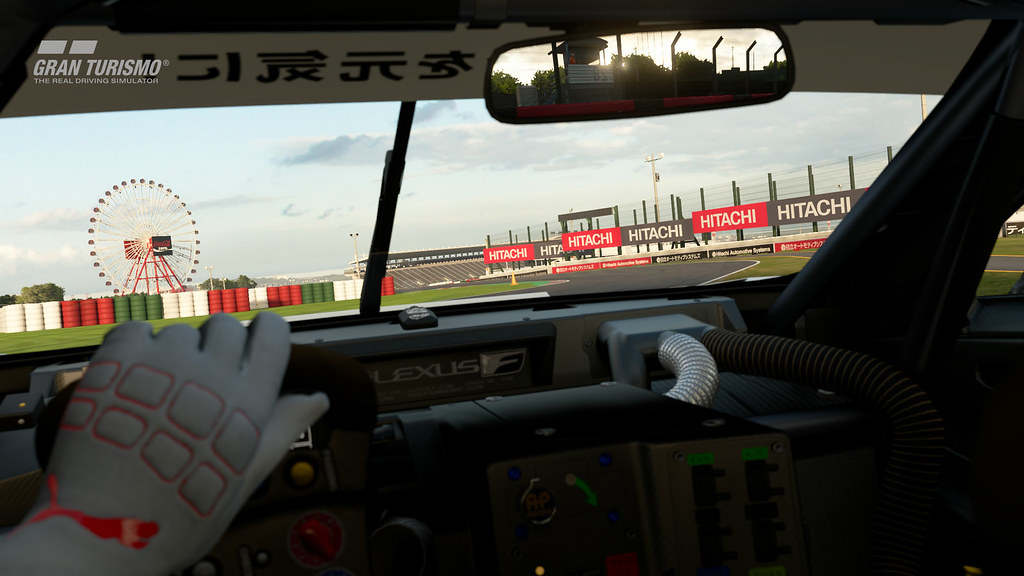 One of our most often received requests to date has been the expansion of GT Sport’s thrilling VR mode. So, with the latest patch, PlayStation VR owners will soon, for the first time, have the chance to hit the track in a series of challenging time trials. This means you’ll be able to utilize the full benefits of PS VR to perform your best lap time on the legendary Nurburgring and Suzuka race circuits.

Rolling into Brand Central this month are 13 stunning new vehicles, from classic roadsters to modern supercar concepts. Take a look at the complete line-up:

Continuing to add to the GT League line-up, we’ve introduced three new events to test drivers of all skill levels, including:

Adding official support in the update and will continue to improve its functionality in future updates. Also added a stunning new Cherry Blossom theme to Scapes Mode to help you get into the spring spirit, and an all-new MINI Museum to explore the complete history of the British automotive giant.

Previously, Gran Turismo Sport 1.14 was released to addressed an issue wherein the chequered pattern when adjusting the “Peak Brightness Settings” on HDR compatible monitors during the initial setup was not displayed properly.

The article is now updated with the official Gran Turismo Sport 1.15 changelog.