Gloria Victis update (v.0.9.8.6) is now available to download on PC(Steam). According to the official Gloria Victis patch notes, the latest update added Quality of Life improvements and fixes.

Previously, a big update was released with various quality of life improvements.

Unfortunately, since the last update, players are facing various issues with the game. Read more details below.

– New User Interface for Character/Inventory screen, with character preview, side, and fullscreen modes.

– Introduced an option to abandon a treasure hunting quest. This option will allow you to use the next map and find a treasure placed in a more attractive or available place on the map.

– Greenleaf’s accounts can now use abilities and attributes resets without limits. Greenleaf status is now removed on reaching 50 level with any character on the account. (It was 40 level before)

– Ingame icons resolution has been increased to meet the 4K standard.

– Improvements of the Quest Log and side panel: Different makers have been introduced for solo and group objectives. Added checkbox-like progress indicator.

– Updated tutorial GIF for a step explaining how to check quests on the map.

– Improvement to Hit indicators: Added information when the released arrow hit an ally.

– Spawnpoint gates leavers in the Sea Wraiths event were moved away from the gate and their interaction range has been reduced to prevent enemies from opening them.

– Boars are placed more widely on starting quest areas, which will reduce situations where players are forced to fight multiple animals at once.

– Increased the time between boars’ attacks and speed up their animation to ensure better feeling and easier block of their attack sequence. 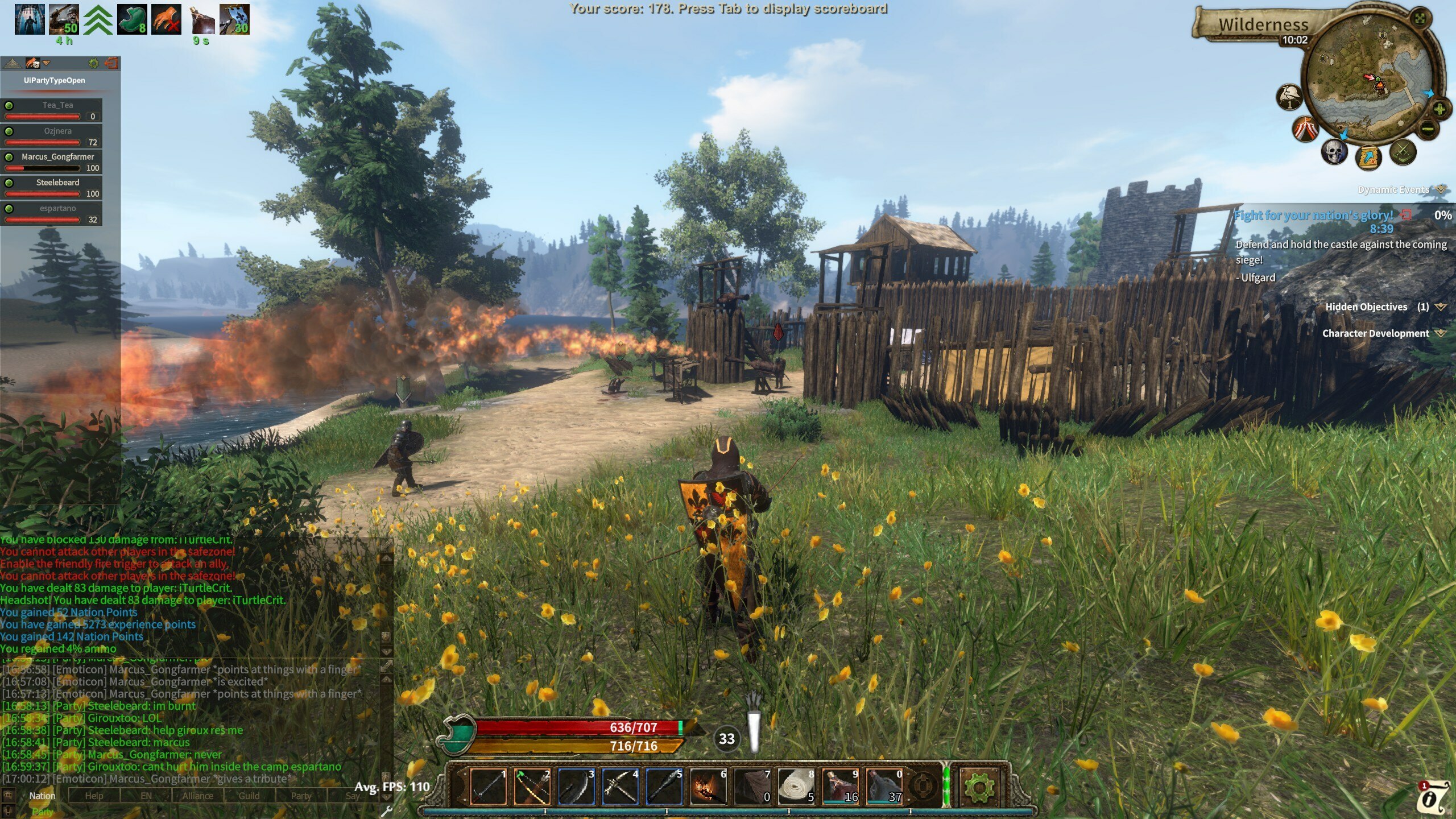 – Fixed an issue allowing people to jump in and out of the buildable walls and towers through their windows. To cover all possible problematic edge cases, for example, prevent the attackers from bypassing whole layouts of fortifications, jumping through windows will not be available.

– Fixed an issue causing arrows to be detected and blocked by a Gatetower collider in front of them which was meant to prevent building anything by the gates.

– Fixed an issue causing a message in the rankings window to show outdated information about Nation Points cap (Cap was increased from 20k to 30k last week).