Previously, a big update was released with new weapons, changes and more. Unfortunately, since the last patch, some players are still experiencing issues while playing the game online. Today’s patch is expected to address a few of these issues. Check out more details below.

For the first time since last year’s launch, Firewall Zero Hour will have brand new tactical equipment added to the game, allowing players to experiment with new methods of gameplay. As always, equipment in Firewall Zero Hour is available to all players, unlockable via gameplay. Players will be tasked with completing missions that utilize the new equipment. Here’s the rundown on new equipment in Operation: Dark Web:

Available at season launch, for players at level 13 and redeemable for 7500 Crypto. Once a player plants the Motion Sensor, a radius is engaged that detects enemy players. If an enemy enters this radius, their enemy outline will turn red for the player who planted the Motion Sensor. Allies of the player will receive a red-dot marker on their wrist tablets.

Available at season launch, for players at level 5 and redeemable for 3200 Crypto. Similar to an Impact Grenade, the Instant Smoke activates upon impact, instantly filling an area with smoke. Players can the Instant Smoke tactically against enemies in a variety of ways.

Operation: Dark Web will have two new maps, free for all players, the first of which kicks off tomorrow — with the Newsroom map! This map marks the thirteenth map added to Firewall Zero Hour, and is the first map to take place in Australia. Be on the lookout for playful nods throughout the map to home sweet ‘Straya. You never know what you might find, but rest assured that this news station is very Australian. The Newsroom will also greet players as the new Main Menu and Lobby environment for this season, when players load up the game. Later on in this season, players will see Operation: Dark Web’s mid-season update, which will introduce another brand new free map, called Cargo.

This season welcomes 2 new Contractors into the fold. The 2 Contractors and their Skills are accessible via the Op-Pass. The first Contractor, available tomorrow, is Kane. A former member of the New Zealand Special Air Service, Kane comes loaded with the Skill of “Blade” (ability to throw knives by pressing the melee button). The current knife-melee ability has been one of the most intense and too-close-for-comfort ways to engage with the enemy–and we think having the ability to throw up to 3 knives will bring a new level of enjoyment to melee gameplay! Additionally, coming mid-season is a second Contractor (Proxy) and her Skill of “Eagle Eye.” More details to come! 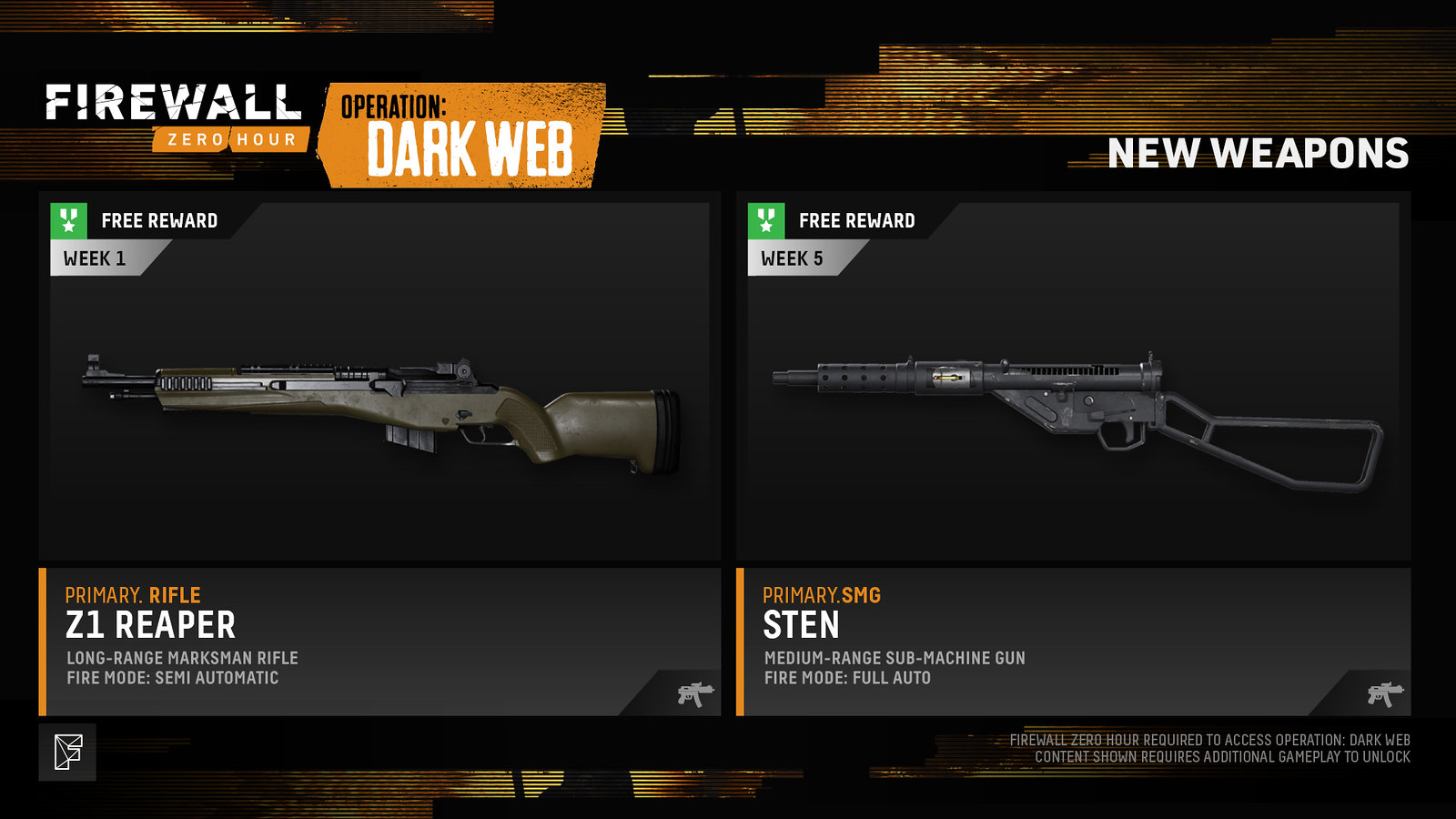 Coming in Firewall Zero Hour Operation: Dark Web are two new weapons, the Z1 Reaper and the Sten, available upon completion of their corresponding Free Missions. The Z1 Reaper is a semi-automatic tactical rifle with lethal precision for long distance engagements. The Z1 Reaper is available Week 1. And for all our WWII buffs out there, we’re featuring the Sten in Week 5 (mid-season). Help your squad out of the trenches by eliminating enemies with the low recoil and high impact damage of the Sten. Players will utilize both of these weapons in a variety of new Missions throughout Operation: Dark Web.

This season’s Legendary Weapon Skin is Jag’s Stalker — available to Op Pass holders who complete all Free, Premium and Bonus Missions in Operation: Dark Web (a total of 24 missions) and redeemed for 250,000 Crypto. 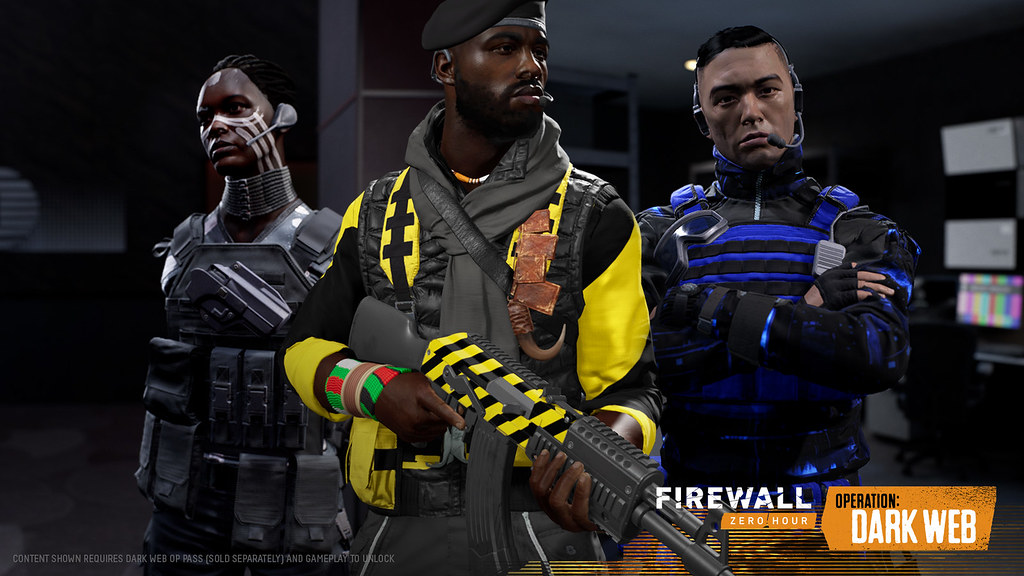 Over 20 new cosmetic Rewards are available this season. Upon completion of Missions, a variety of different trinkets, face paints, and camo skins can be equipped by players. In addition to Free Mission Rewards, Op Pass holders have access to Premium & Bonus Mission Rewards.

Free Trinket for PS Plus users

We’re excited to partner with Bend Studio later this season on a Days Gone Trinket, free for active PS Plus users this season! Show the world you “Ride the Broken Road.” Customize your weapon in Firewall Zero Hour with the emblem of Mongrel MC — the outlaw motorcycle club in Days Gone, which counts Deacon St. John as a member.

Firewall Zero Hour update 1.33 for PS4 and Xbox One is now available for download.