Fallout 4 update 1.33 is now rolling out for players on PlayStation 4. According to the official Fallout 4 1.33 patch notes, the new update brings the new Creation Club contents and minor gameplay changes. Apart from this, FO4 update 1.33 also includes stability and performance improvements.

The previous update was also released with the new Creation Club contents which include Manwell Rifle Set, Neon Flats, Quake Thunderbolt and more. Unfortunately, since the release of this patch, many players are still experiencing a number of issues when trying to play the game. Today’s Fallout 4 1.33 patch is expected to resolve a few of these issues. Check out more details below.

Travel to new worlds from the comfort of your settlement with the VR Workshop! Featuring limitless resources, huge building limits, placeable enemy spawners for your own custom encounters, and a selection of weather, music and visual filters to choose from.
Simply craft a new VR pod and hook it up to a power source and a terminal and you can transport yourself to a series of exotic landscapes and iconic Fallout locations like Grid World, Atomic Crater, Desert Island and the Capital Wasteland’s GNR Plaza.
This bundle includes 40 new workshop items, most of which can also be crafted in your real-world workshops. 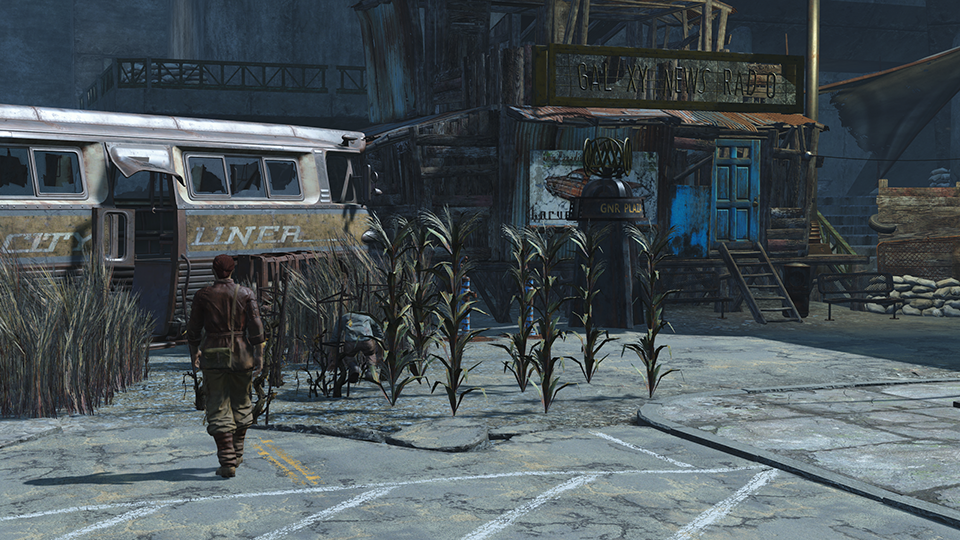 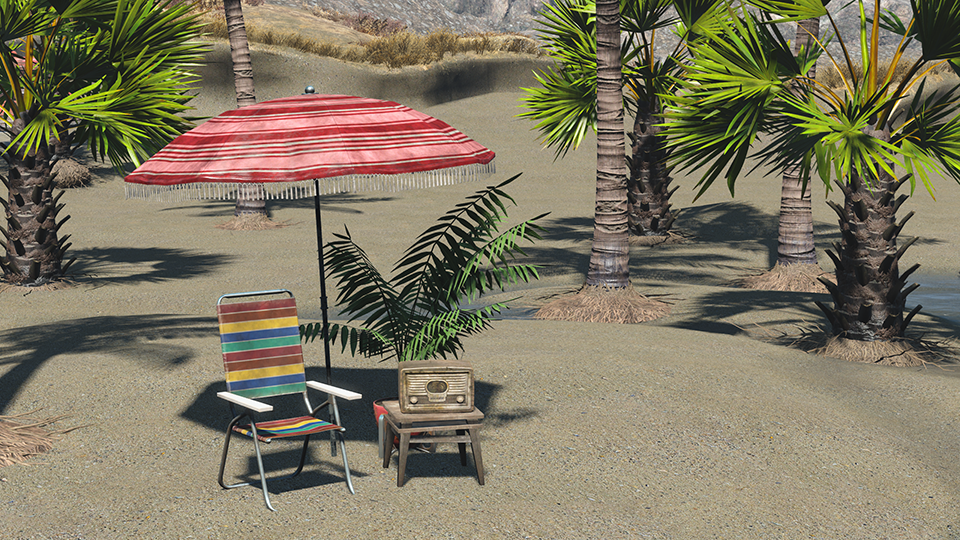 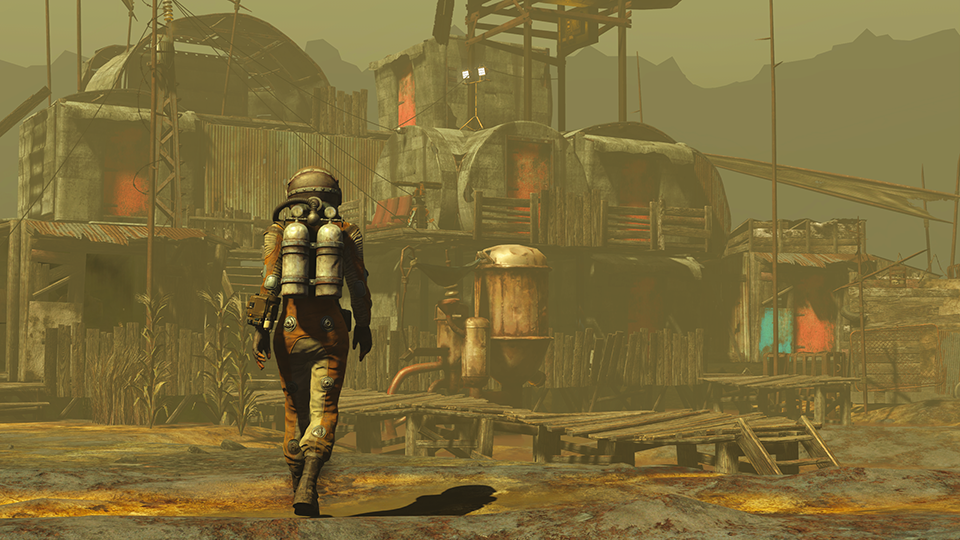 The Capital Wasteland Mercenaries Creation comes with eight new mercenary outfits, two of each classic FO3 style: Veteran, Troublemaker, Charmer and Adventurer. We returned to the original concept art when creating these to give them a fresh appearance.
To obtain these armors you’ll need to fight the good fight in the Capital Wasteland by helping a ragtag group of mercenaries defend GNR! Return to this iconic setting and fight off an antagonistic military company that’s taken over the station. 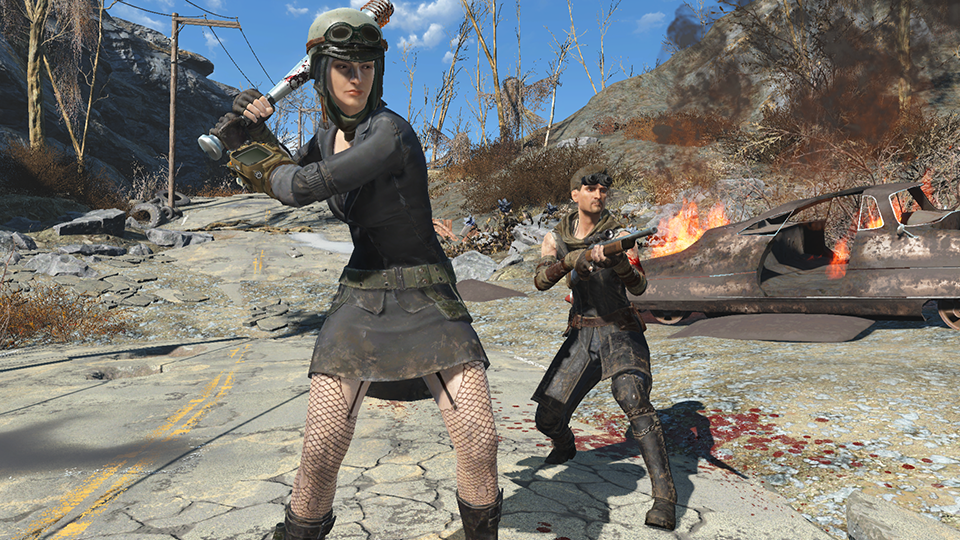 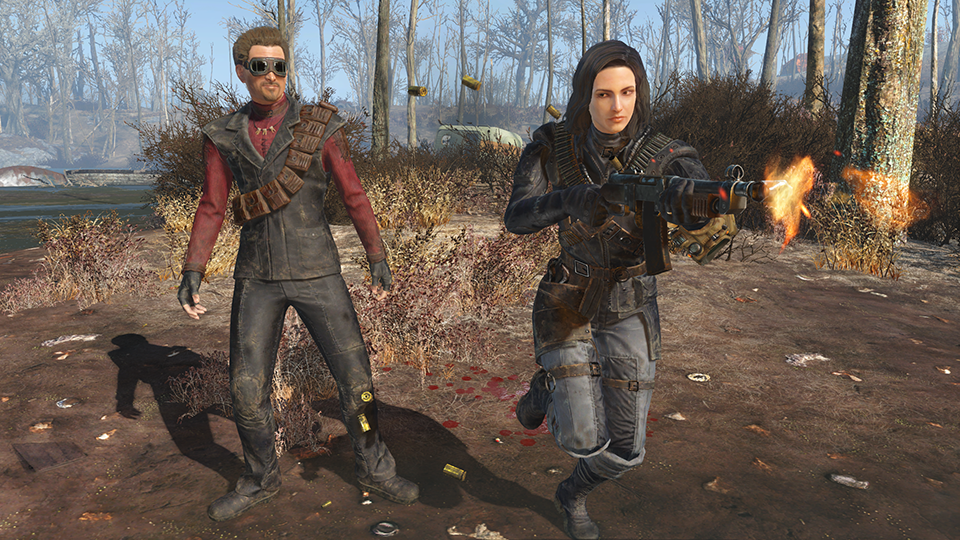 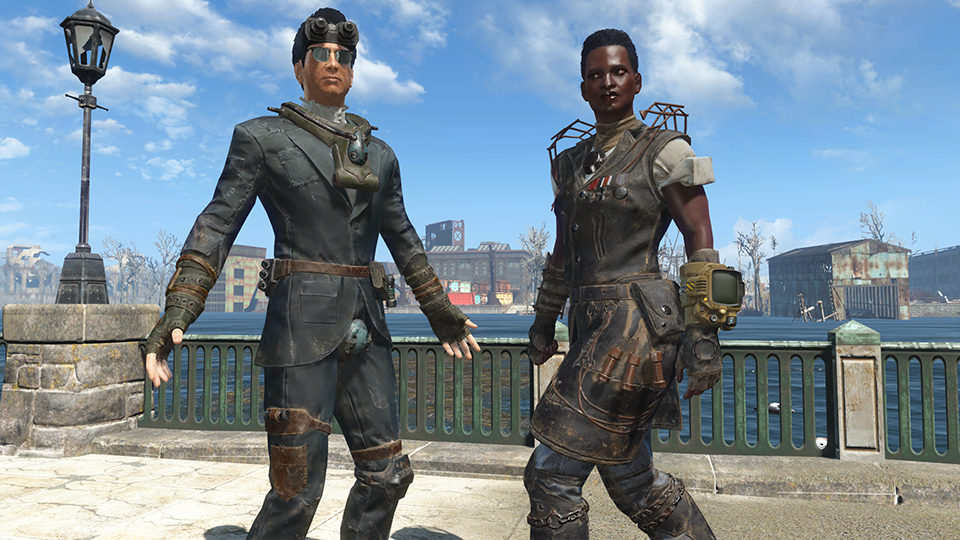 When traveling through the Commonwealth, a gun is as helpful as a guide. The CR-74L offers both. It features a fully automatic rifle that can tear through your enemies at breakneck speeds, with several different faction skins to customize its look. It also includes a handy holotape manual and virtual companion – a helpful guide as you learn the rifle’s make and history. 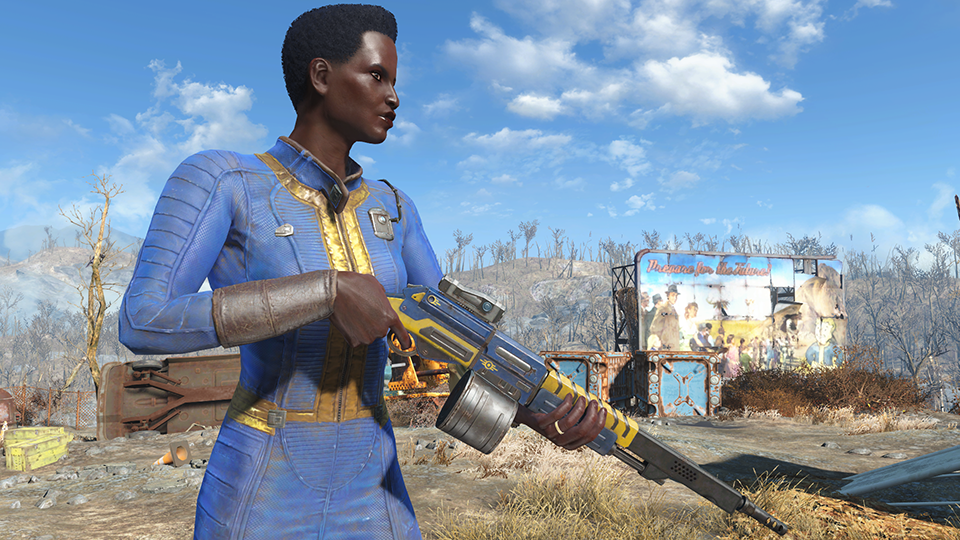 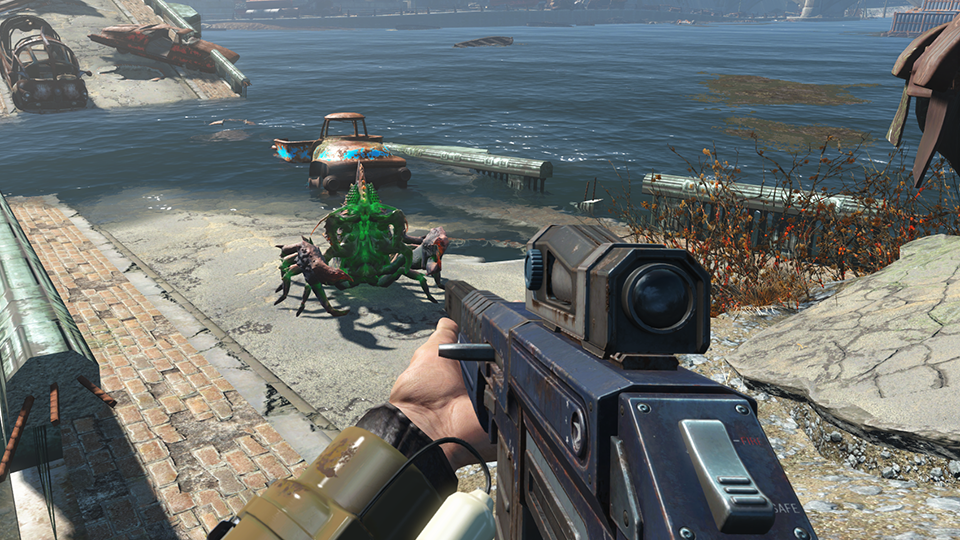 Join the fight to retake Quincy! This can be done whether or not you’ve joined the Minutemen, although you’ll find they’re sturdier allies if you’ve helped re-establish them in the Commonwealth. As an extra reward, this Creation contains six new power armor skins for the TI-45, TI-51, TI-60 and X-01. Three of these celebrate the Minutemen and three celebrate the Gunners. 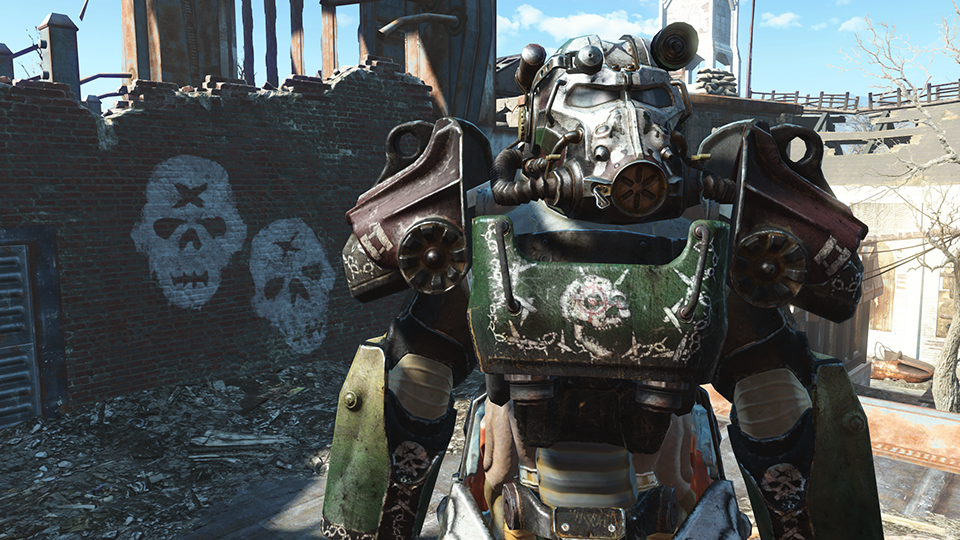 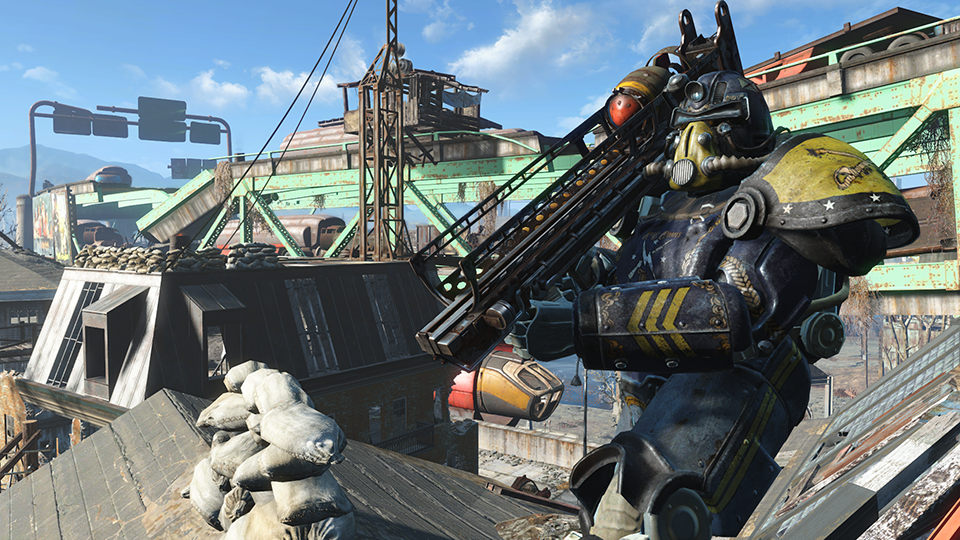 Designed by the U.S. government as a lightweight, anti-tank energy weapon, the Tesla cannon delivers a massive jolt to any unfortunate soul standing in its path. This Creation includes custom modifications, two attack styles and a new quest that has you track the whereabouts of a missing Gunner crew! 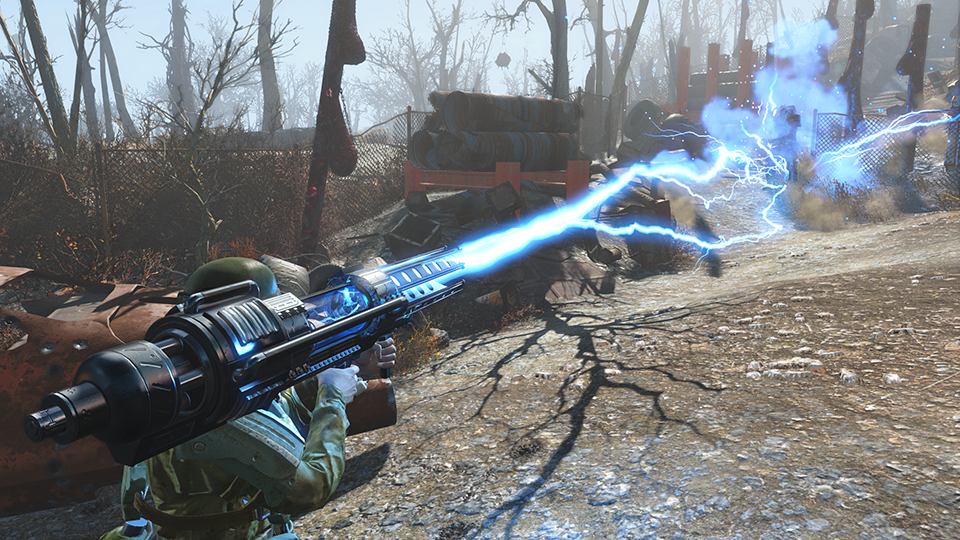 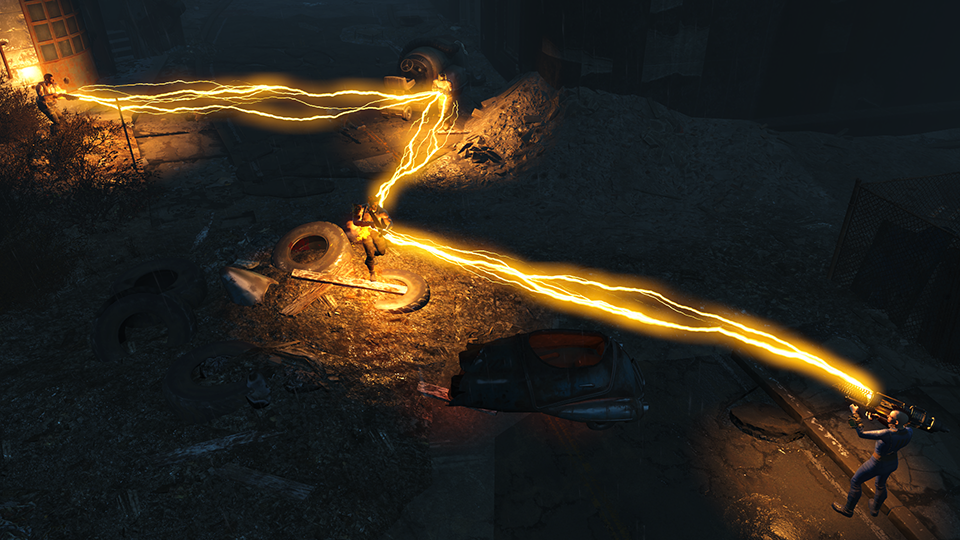 Behind every vault suit is a number, and with Vault-Tec, every number has its own story! With this content, you can modify or clean your suit at any armor workbench or try out a more classic look with utility jumpsuits from the Capital Wasteland!
Choose any vault number between 1 and 120 and pick from seven different colors to help you customize your suit. 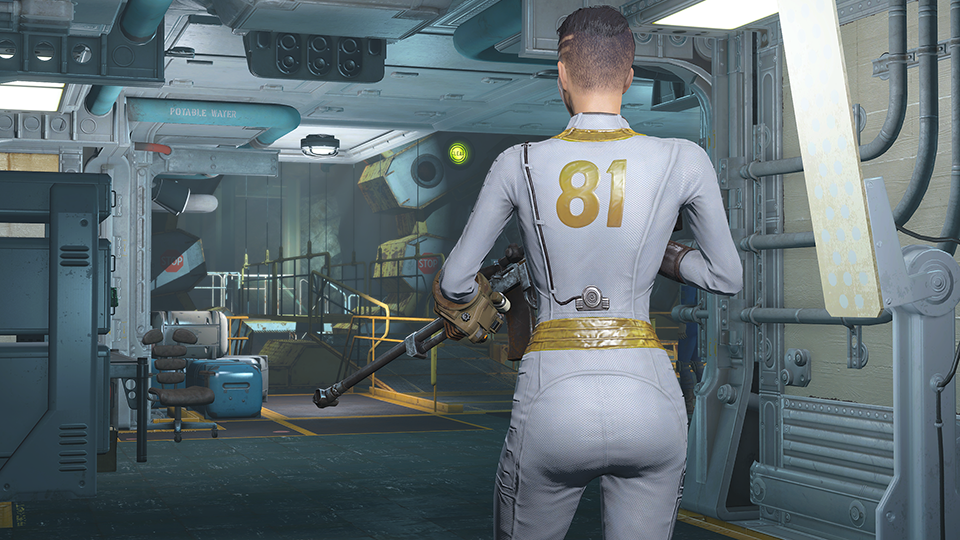 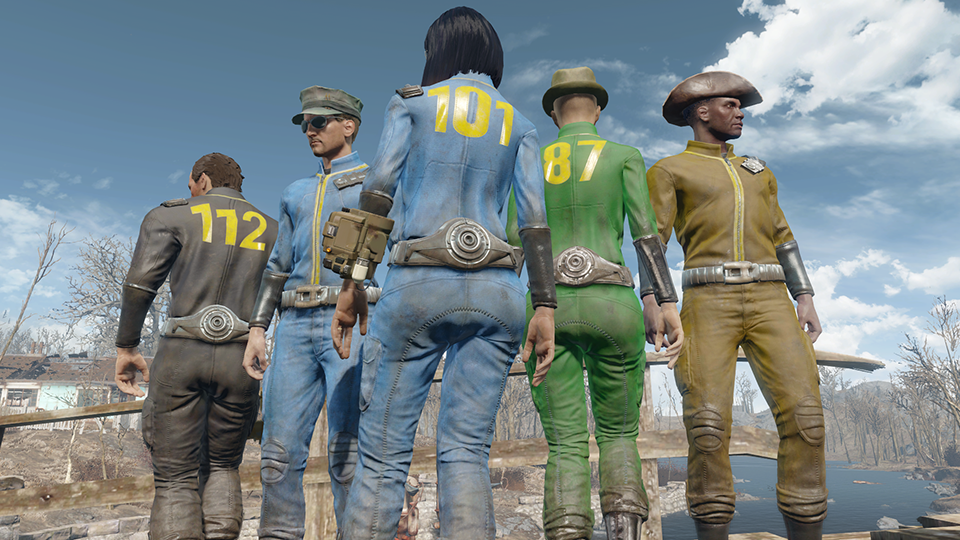 Fallout 4 update 1.33 is now available for download on PS4 and Xbox One.