Dead by Daylight update 1.56 (2.6.0) is now rolling out players on PS4 and Xbox One. According to the official Dead by Daylight 1.56 patch notes, the new update has added a new a new Killer (The Plague), a new Survivor (Jane Romero), a new map (The Temple of Purgation) and more. Apart from this, Dead by Daylight version 1.56 also includes a long list of bug fixes and gameplay improvements.

Recently, a big update was released which added a new killer – the Legion, a new Survivor – Jeff Johansen, a new map – Ormond and much more. Unfortunately, since this update, many players were experiencing a number of issues when trying to play the game. Today’s Dead by Daylight patch 1.56 is expected to fix all these issues.

We are very proud to introduce our “oldest” Killer in the game: The Plague. This High Priestess of Babylon was well known for her wealth, beauty, and devotion. In a time when a dark sickness had resurfaced, she was driven by her blind faith to save her followers… and herself. But nothing could save her. Not even faith.

The Killer launches a stream of vomit a short distance in front of her, which can hit multiple Survivors and environmental objects, causing them to become infected. The Survivor’s infection will grow as they perform certain actions.

The vomit itself, when spread by the Killer on environmental objects, can infect Survivors. An infected Survivor’s only respite can be found in the Pools of Devotion, which become corrupted themselves once they are used, so be careful.

The Killer can see the auras of corrupted Pools of Devotion and can interact with them, which will power up her Vile Purge power with additional devastating effects. However, once the Killer has used a corrupted Pool of Devotion, it takes time for it to revert to its clean state. During that time, it cannot be interacted with.

Corrupt Intervention: Generators located furthest from the Killer are blocked by The Entity for a certain amount of time at the start of the trial. Survivors cannot repair these generators for the duration.

Infectious Fright: The cries of the unfaithful makes the Killer’s heart leap. Any Survivors that are within the Killer’s terror radius while another Survivor is put into the dying state with the basic attack, will yell and reveal their location to The Killer.

Dark Devotion: The display of the power creates a whirlwind of panic that spreads throughout the land. The Killer become obsessed with one survivor. Hitting the obsession with the basic attack causes the obsession to emit terror radius. 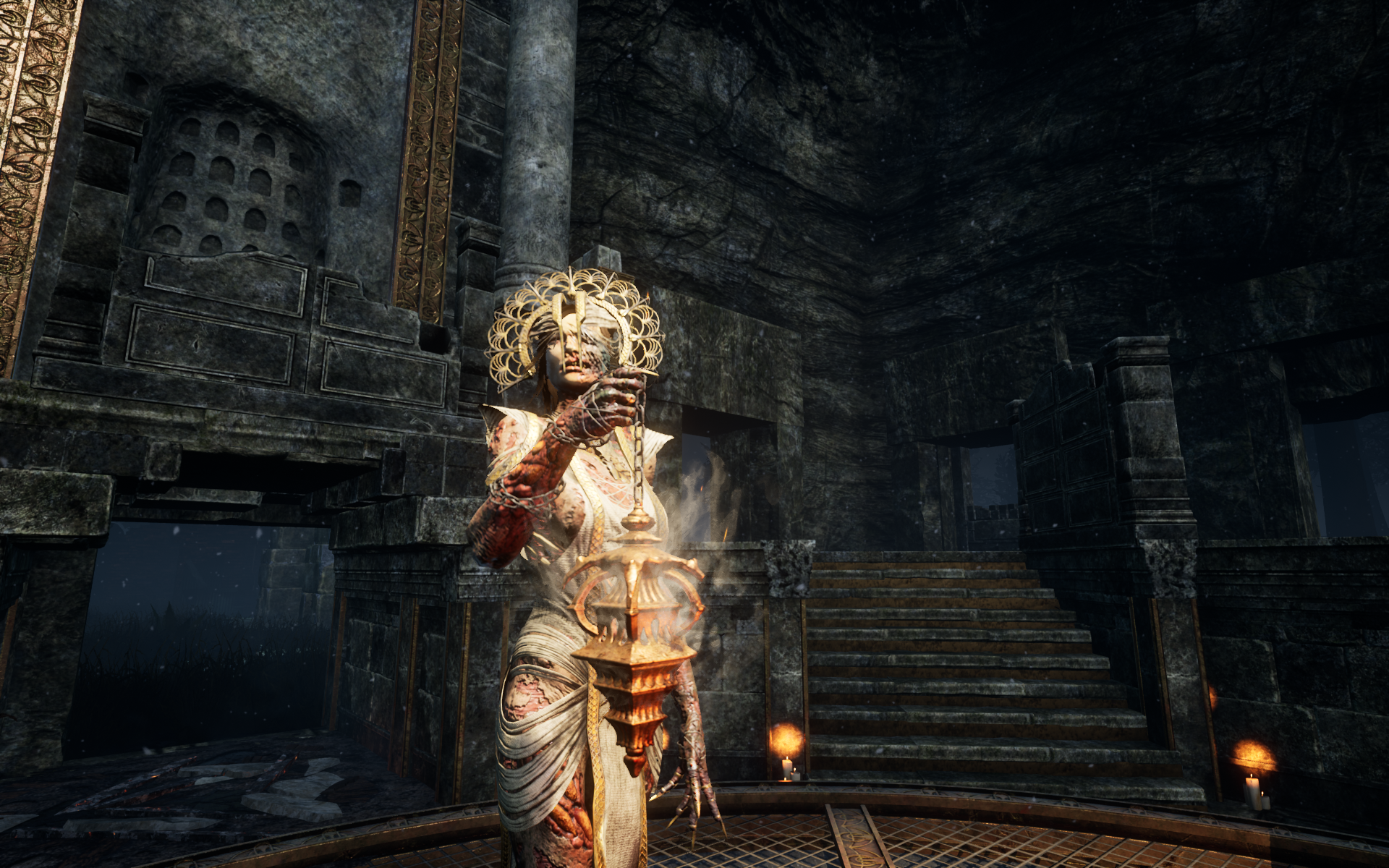 Jane is a TV co-host. Daughter of a famous actress who was never home, Jane worked hard on establishing a name for herself. Broadcasting her values and personal struggle with abandonment, she was underappreciated in her field of work and reviewed harshly by critics. One evening, after a two-hour TV special on divorce during which she confronted her mother in a live interview, she popped painkillers to numb the pain while driving back home. The falling night, the black ice and the blurry darkness were a bad combination… and Jane never got home.

Solidarity: Sharing painful experiences has the power to heal. While injured, healing a Survivor also heals you.

Poised: Achieving goals boosts the Survivor’s confidence. After completing a generator, the Survivor will not leave scratch marks for a short time.

Head On: While standing in a locker, the perk activates. While activated, performing a rushed action to leave a locker stuns The Killer if they are standing within range. This causes Exhaustion. Head On cannot be used while Exhausted. You do not recover from Exhaustion while running. 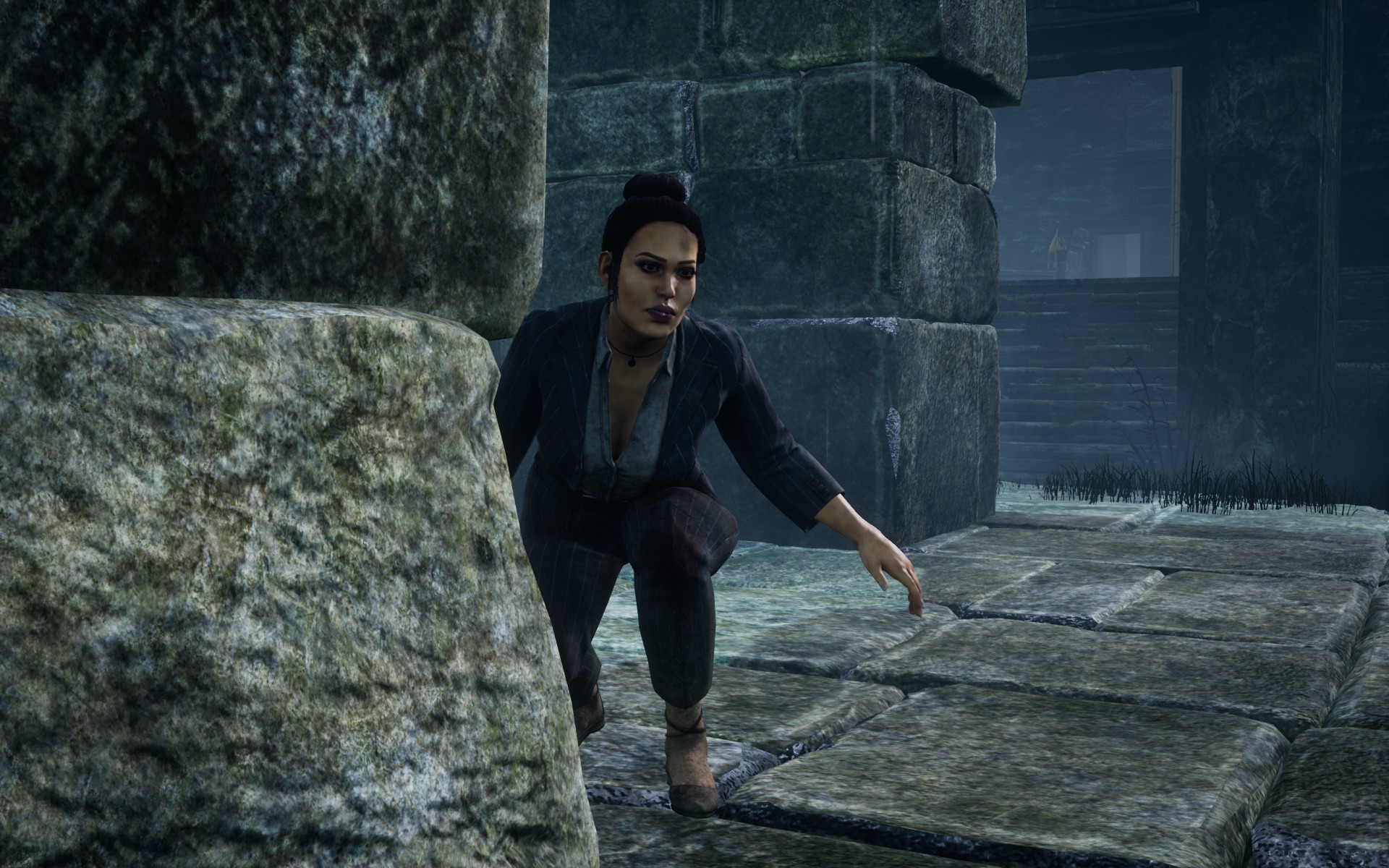 Once believed to hold the weight of the heavens, this half-forgotten temple complex was dedicated to the cleansing of the High Priestess’s followers.

Stolen from the High Priestess’s memories, the temple is now in the howling Red Forest, whose winds eroded its smooth edges. It stands as a beacon of fear, visible from all cardinal points.

We hope you will enjoy this new Chapter as much as we enjoyed developing and producing it.

In addition to our new Chapter, the Dead by Daylight team recently announced upcoming changes to the Decisive Strike perk. This perk has gone through some minor adjustments to arrive at its current state. We have also prototyped entire reworks of the perk, some of which we previously spoke of with the community.

Pipping Thresholds: We have made some changes to the Emblem system that will affect the difficulty in which players rank up and subsequently maintain their rank. The rank groups (colors) now come with their own pipping requirements. The thresholds increase through each rank group up to the red ranks making it more difficult to pip / double pip, and easier to lose a pip. See below:

Dead by Daylight update 1.56 is now available for download on PS4 and Xbox One.