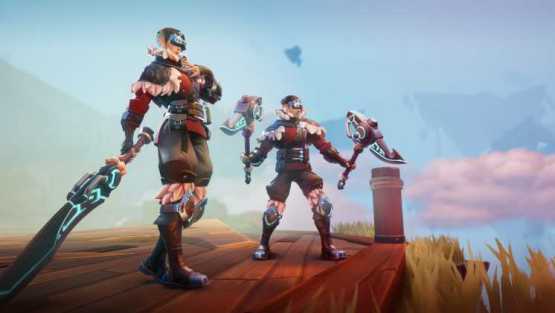 A new Dauntless update 1.89 (1.11.2) is available to download on PS4, Xbox One, and PC players. According to the official Dauntless 1.89 patch notes, the latest added new trails and trials improvements. Apart from this, Dauntless version 1.89 also includes various bug fixes.

Previously, a big update added a new variant Behemoth, a new Omnicell, a new Glider Challenges, and much more

Lady Luck brings a handful of new challenges to her Island of Trials, along with changes to modifiers in existing Trials.

Beginning August 18, Modifiers for Trials will be reduced across the board. Normal Trials will now have one modifier, and Dauntless Trials will have two. This update places focus on fighting the Behemoth and reducing randomness.

Kat continues to search for the reason why Behemoths appear to be evolving throughout the Shattered Isles. New variants, new forms, new dangers. Her investigation suggests something strange is happening on Undervald Defile. Help her get to the bottom of this growing mystery

We’ve heard feedback from players who were confused by quests that “handed in” items (removing them from your inventory) when you completed them. To address this, we’ve removed all of these objective types from quests and rumours that were using them, and replaced them with equivalent objectives. As part of this review, we also slightly rebalanced a number of rumour objectives to reflect changes in other parts of the game.

The Blazeworks Protector rumours and Dye rumours will be updated to fall in line with these changes, in a future patch.

Download free Dauntless update 1.89 on PS4 and Xbox One.