Conqueror’s Blade update (January 6, 2022) is now available to download on PC (Steam). According to the official Conqueror’s Blade patch notes, the latest update added a long list of gameplay changes and adjustments.

Previously, a major update added the Thanksgiving event and the Reckless Demons event to the game.

We are making the following changes to Fief Quests:

Peace is gradually returning to Azalon and [Fief Quests] no longer require [Elite Rebel Trophies/Senior Rebel Officer’s Personal Items]. Should you acquire these, it may be wise to complete [Growing Tribute IV] quests and hand any such in for epic weaponry.

[Quinn Ruins]:
Added a destructible object to the platform behind the flag point at the defenders’ base. 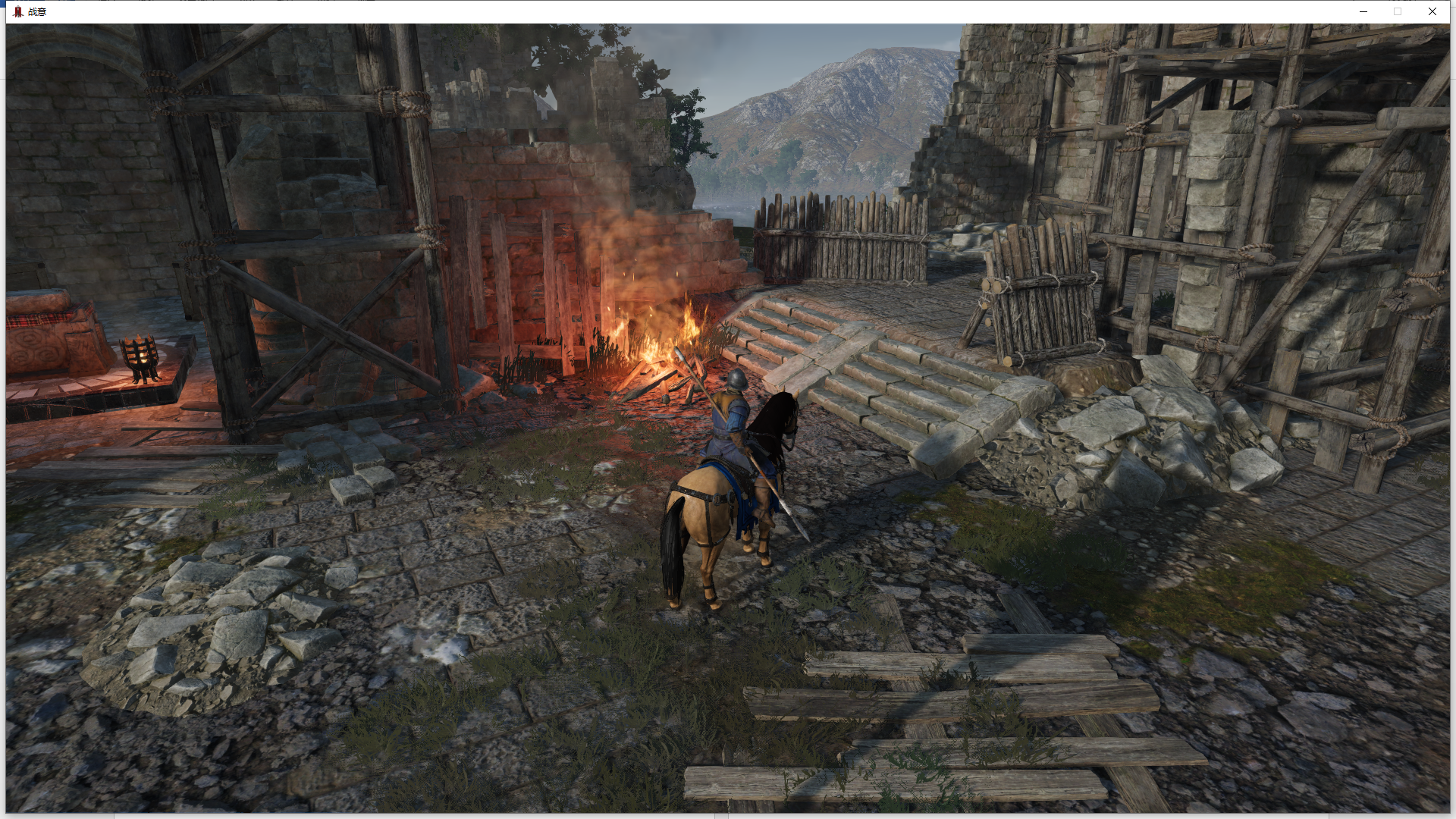 Reduced the size of the flag capture point at the defenders’ base.
Resolved an issue with artillery usage restrictions.
Improved the eagle-eye perspective view for attackers and defenders. 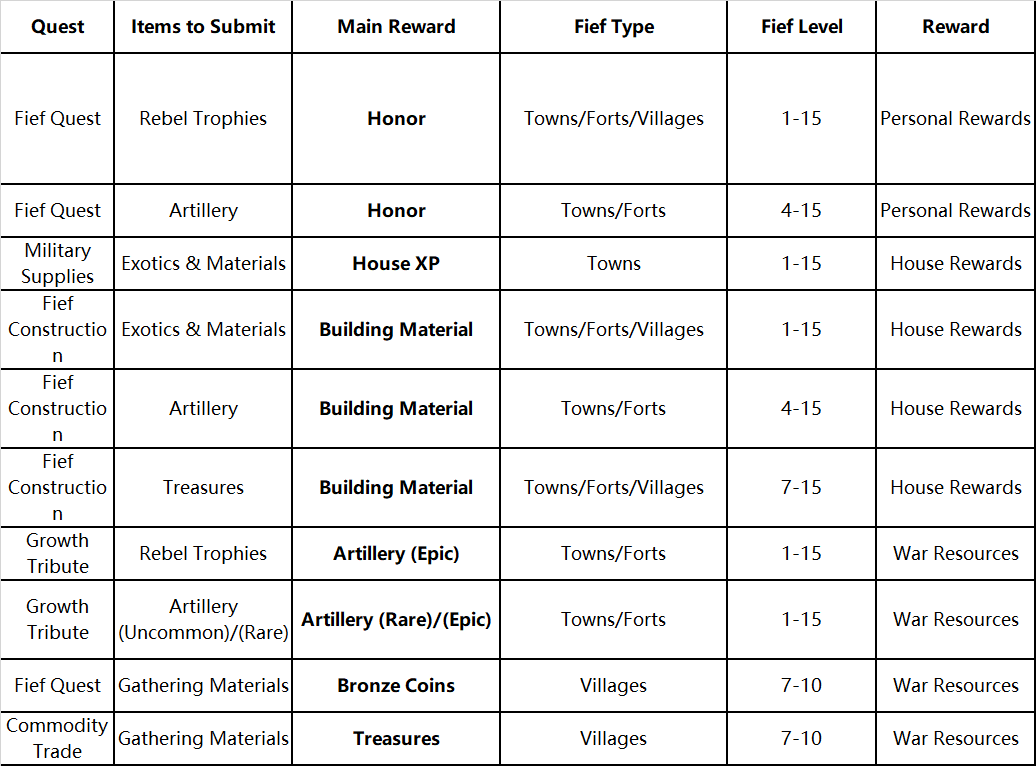 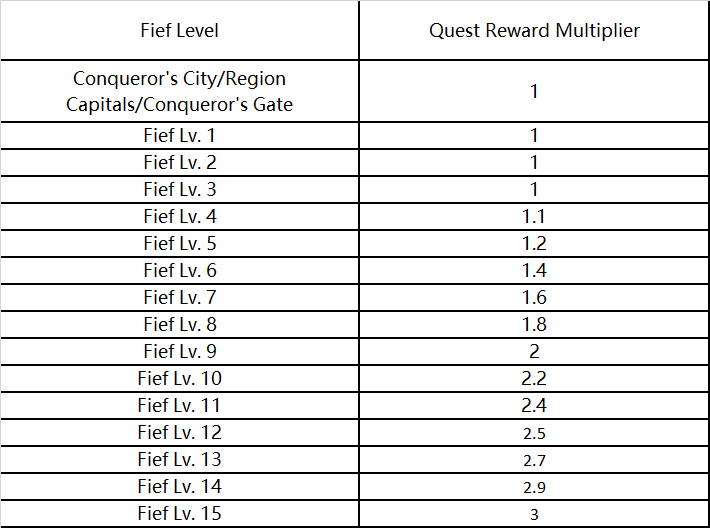 – Currently when the Axe Raiders’ Deadly Resolve is triggered, it is incredibly difficult for any hero or unit to retaliate during its 8-second duration, greatly reducing the effectiveness and value of other units. So, the Axe Raiders will now take 30% increased damage within 1 second of being affected by control effects (dazed, stun, knockback, knockdown, send flying). This should serve to tune down their currently overpowered passive defensive capabilities.

[Stats]
-Average damage dealt: 163,100 (Ranked 7th among all units.)
-Picked Rate : 0.2% (Ranked 62nd among all units.)
-Accuracy while charging: around 15% at 20m.
While being a highly unique cavalry unit, the Fire Lance Cavalry is fairly weak and not as useful as we would like. We hope to take them up a notch with a series of improvements to their mechanics.
– Changes:
1) Increasing the number of bullets shot and accuracy rate of their fire lances while charging, addressing the issue that they hardly ever hit enemies while charging.
2) Adjusting the damage hitbox of [Valour] so that the unit can hit enemies more accurately, reducing misses by 60%.
3) Increasing the buff the Fire Lance Cavalry gains from movement speed. They will now gain a boost to attack while moving: their damage increases with more movement speed, capping out at 15% extra damage.

[Stats]
-Picked Rate : (Take Tercio Arquebusiers as an example)
1.9% (Ranked 14th) in Season Dynasty. 0.7%(Ranked 29th) in Season Tyranny.
-Accuracy and damage decay range: Around 20m. A range close enough to get dished out by Axe Raiders and cavalry.
As the damage and accuracy of firearm infantry declines at farther distances, they have a difficult time dealing burst damage in battles. This has led to some defensive-oriented units being hard to counter, and to less variety in unit usage.
– Changes:
1) Reducing the damage decay based on the range for firearm units. [20m] damage decay reduces to a maximum of 10% (down from 20%); [20-40m] reduces to a maximum of 18% (down from 30%); maximum decay range increases to 56m (up from 48m), leading to a minimum of 65% damage.
2) Increasing the overall accuracy of firearm units. Attacking enemies at around 30m has the highest increase of 15% accuracy.
3) Fixing an issue with incorrect sound effects for the shots of some firearm infantry.

[Stats]
-Picked Rate : 1.1% (Ranked 24th among all units.)
-Average damage dealt: 222,500 (Ranked 5th among all units.)
According to players’ feedback, the Cataphract Lancers still don’t work as well as expected after a series of changes, and their Follow Charge’s damage is fairly limited. So, we’re improving their Follow Charge again.
– We have changed the underlying AI of Cataphract Lancers and the skill should now feel better to use. When the Cataphract Lancers is near the commanding hero, the unit will slightly speed up while getting closer to the target.

[Stats]
-Picked Rate : 0.2% (Ranked 62nd among all units.)
In Season Tyranny, there are 5 cavalry units in the top 10 highest-damage units. To form up a more reasonable relations between units, performance of units that can counter cavalry should be improved. To address this, we have increase Modao Battalion’s ability when agaisnt cavalry. Meanwhile, as the unit with the longest melee weapon, the Fortebraccio Pikemen should be able to counter cavalry to a great extent, but that is currently not the case.
– Changes:
1) Increased the Fortebraccio Pikemen’s damage to cavalry while using Brace by 15%.
2) Increased the damage of Brace based on enemy movement speed by up to 15%. Using Brace against charging cavalry will reach this number.

Right now, the heavy shield infantry units are at a confusing position in battlefields. They can neither take nor dish out enough damage. And It is rather difficult to utilize them well in battles; all in all, they can’t really affect the outcome of battle to a satisfying degree. While we have started looking at how to change units of this category, these changes might require a bit of extra time for power and stability tests. We estimate that the Imperial Spear Guards’ changes will be available on Jan. 27. We also hope they’ll become a liked wall of shields!

[Stats]
-Used Rate: 5.5% (Ranked 10th among all weapons.)
-Win Rate: 50.11%（Ranked 8th among all weapons.)
The Longsword & Shield is the only weapon that can heal, but its healing is currently too low to truly make an impact. It is often the case that you’re killed before you can get healed up, and the weapon lacks in both offense and defense.
– Changes:
Triggering Mercy of Heaven will grant a 15% reduction to melee damage taken for 3 seconds. Also heals you for 5% of your health every 3 seconds during its duration.

We also analyzed the power of runes and their usage during the last season. To increase the diversity of picked runes, we are improving weapon runes whose picked-rate is below 10%, and nerfing those above 60%.