A new Conan Exiles update 1.38 is now rolling out for PS4 players. According to the official Conan Exiles 1.38 patch notes, the latest update adds the new DLC pack: Treasures of Turan. The new Pack brings the opulent culture of Turan to the Exiled Lands. The ambitious Turanians dress themselves in fine silk to display their riches. You’ll get three new armor sets in this pack. Apart from this, Conan Exiles version 1.38 also resolves issues related to stuttering/lag, game crashing, framerate drop, and glitches.

Previously, a big update was released with new content and balancing. Unfortunately, since this patch, many players were experiencing a number of issues when trying to play the game. Today’s Conan Exiles 1.38 patch is expected to all these issues. Check out more details below. 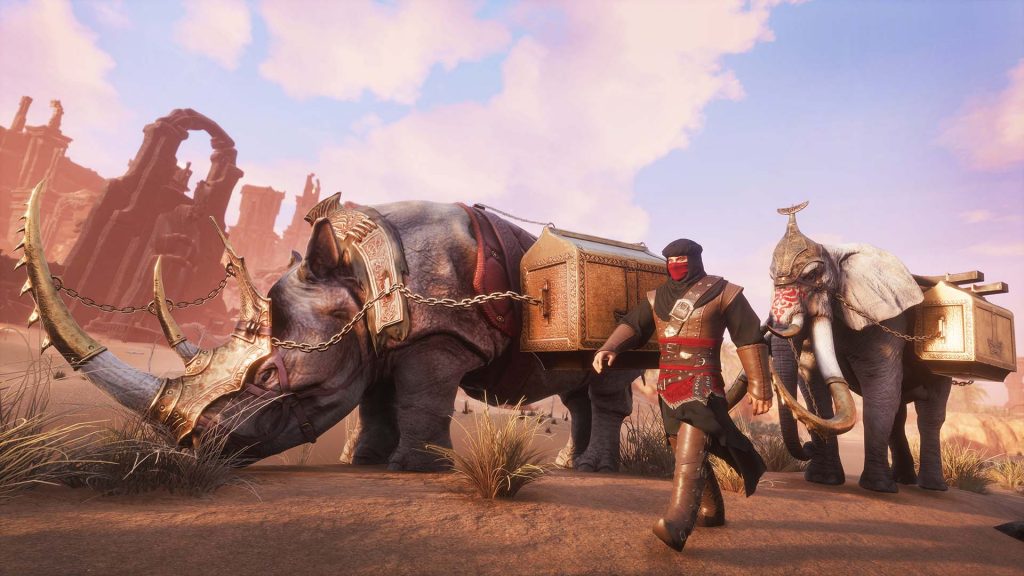 The riches of the eastern kingdom of Turan await you, exiles! Our latest cosmetic DLC, the Treasures of Turan Pack, brings the opulent gilded palaces of Turanian culture right to your fingertips.

With the Treasures of Turan Pack you can build palaces adorned with glittering statues, tame rhinos and elephants as pack animals, and dress in the finest Turanian silks and Phalanx armor.

Conan Exiles update 1.38 for PS4 is now available for download.