A new Chivalry 2 update 1.20 (2.6) is available to download on PS4, PS5, PC, and Xbox One. According to the official Chivalry 2 patch notes, the latest update added a new TDM/FFA map known as Hippodrome, new two-handed Katar weapon, and more. Apart from this, Chivalry 2 version 1.20 (1.020) also includes new player customization for Tenosia and horses added to existing maps.

Previously, a major update added the sprawling new Team Objective map The Raid on Aberfell, the huge new Highland Sword and much more. Unfortunately, players are still experiencing several issues since the last major patch. Today’s Chivalry 2 patch 1.20 will address a few of these errors.

Hippodrome is a fast, frantic, bloody combat arena with spike traps, flamethrowers and horses thrown into the mix. You’ll feel like a gladiator fighting for your life in this Tenosian equivalent of Tournament Grounds. Listen to the stampede of hooves as you run down the field with lance couched, ready to slam into any enemy in your sights.

The first dual-wielded weapon joins the world of Chivalry 2! The Katars are a matched pair of deadly daggers for swift close range attacks. Designed for the Ambusher class, it is a very fast stab weapon that does not interrupt opponents. 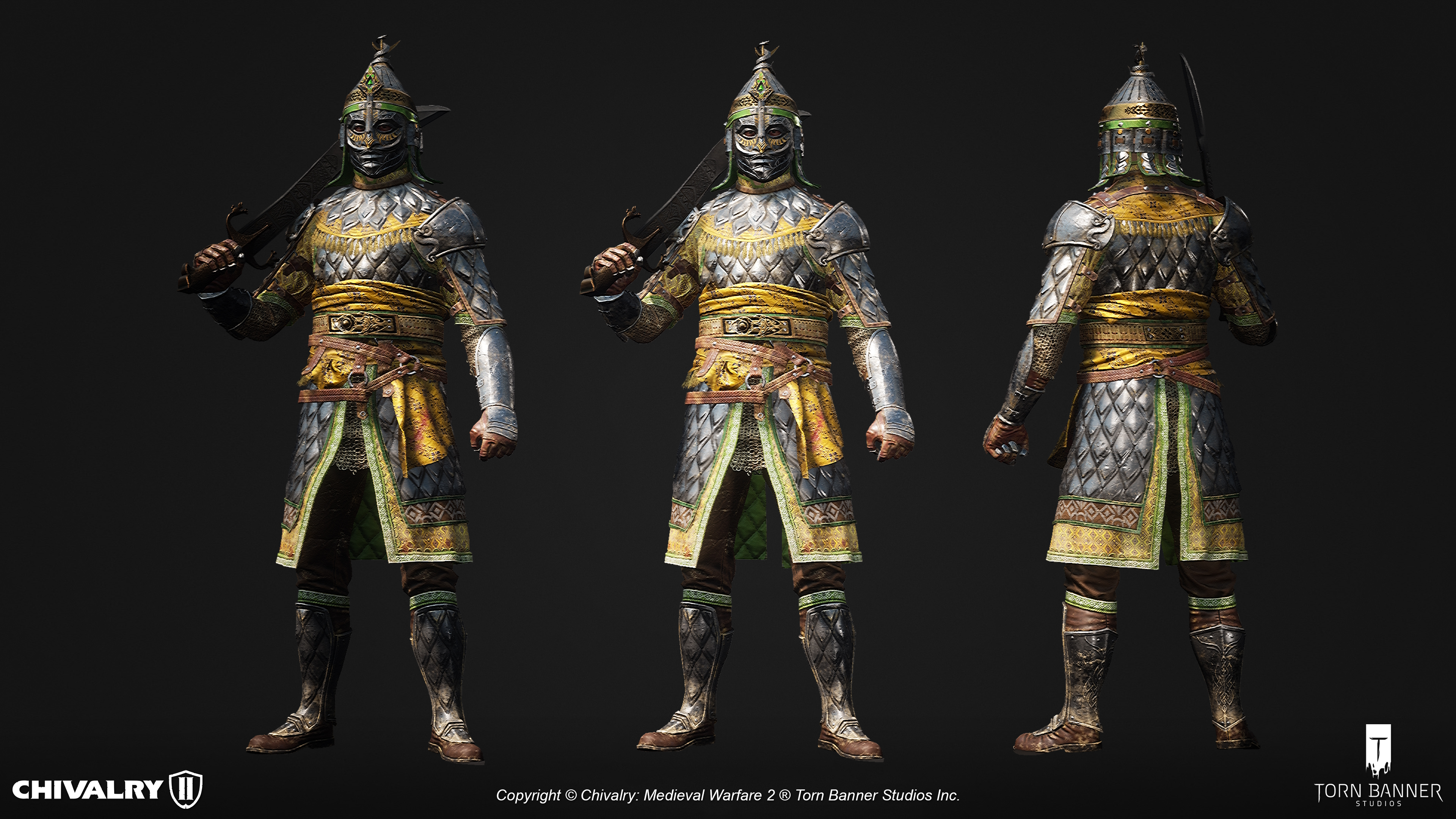 The Tenosian Invasion queue has been renamed to Mounted Warfare – an will feature all of the maps in Chivalry 2 that include horses. The includes all of the Tenosian Maps as well as the new Hippodrome map, and Aberfell and Rudhelm.

Breach of Baudwyn, Razing of Askandir, and Desert have been added to 64p mode without horses.

Download free Chivalry 2 update 1.20 for PlayStation 4 and Xbox One.