Previously, a big update was released which added a new MP map, a new Operator, four new weapons, and more.

Unfortunately, players are still experiencing a number of issues while playing the game. Today’s COD Modern Warfare version 1.50 will fix a few of these issues. Check out more details below.

’Tis the Season for Festive Fervor

Make your list of squadmates and check those corners twice: Festive Fervor is coming to Call of Duty with plenty of holiday surprises for both the naughty and nice. 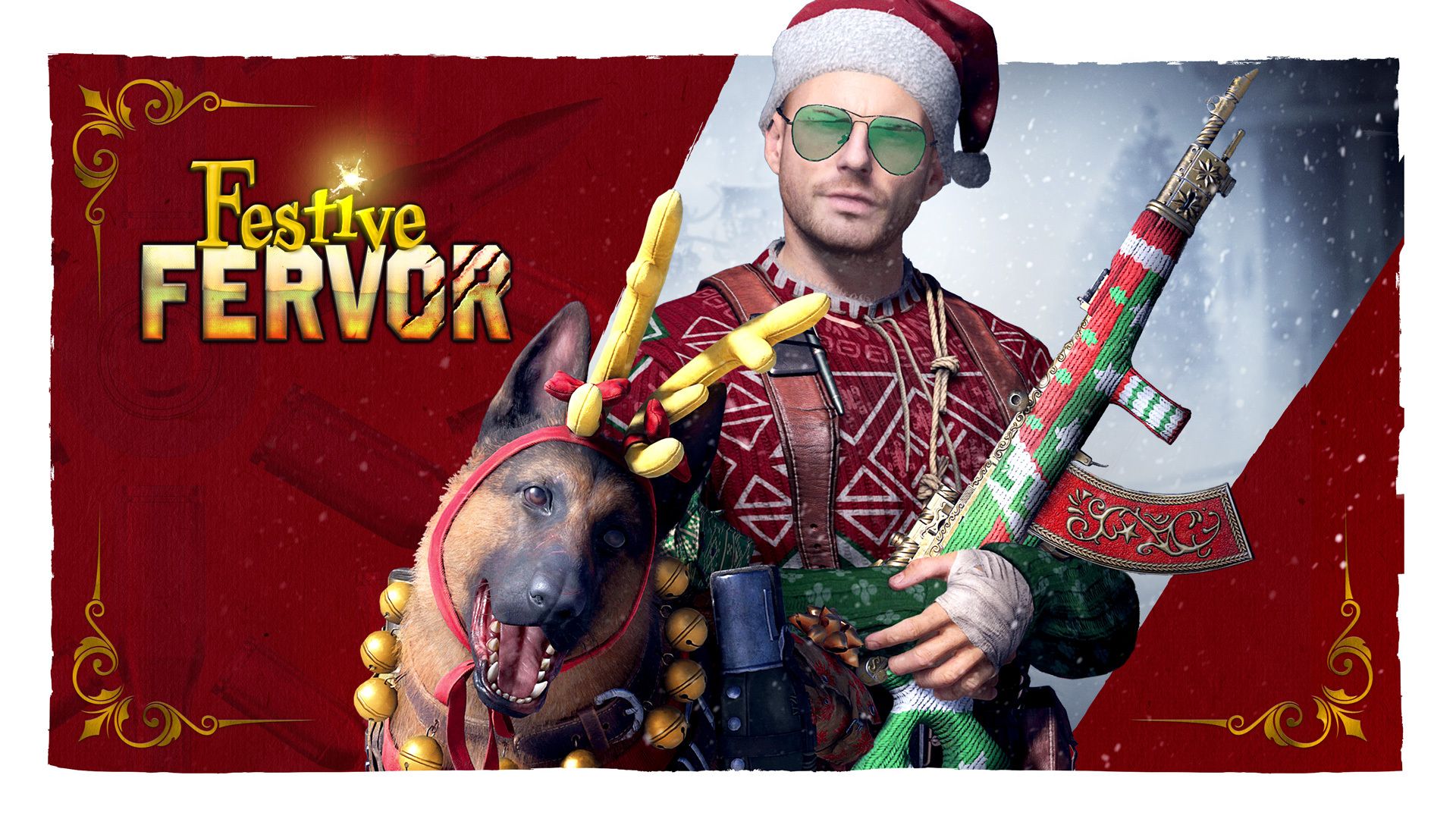 Festive Fervor will take over several Call of Duty experiences, including Call of Duty: Vanguard and Warzone Pacific, with limited-time modes, events, rewards, and features up to the New Year along with plenty of discounts on classic Bundle and new holiday-themed offerings.

Prepare to stock up this December, because Festive Fervor is stuffed with content:

– Sleigh in Style with New Vanguard Bundles. Four festive Bundles highlight new Store offerings as we rotate to 2022. Use these in both Vanguard and Warzone Pacific.

– Krampus Is Coming… For anyone who doesn’t play the objective in Vanguard, or whoever dares to find him on Caldera, prepare for his wrath….

– Vanguard Owners Get 10 Tier Skips, 10% Seasonal XP Boost, and More. Receive these gifts by purchasing and playing Vanguard before December 31. All owners will get these items starting on December 16, 2021.

Vanguard Multiplayer, Zombies Decked Out for the Holidays, Limited-Time Modes and Features 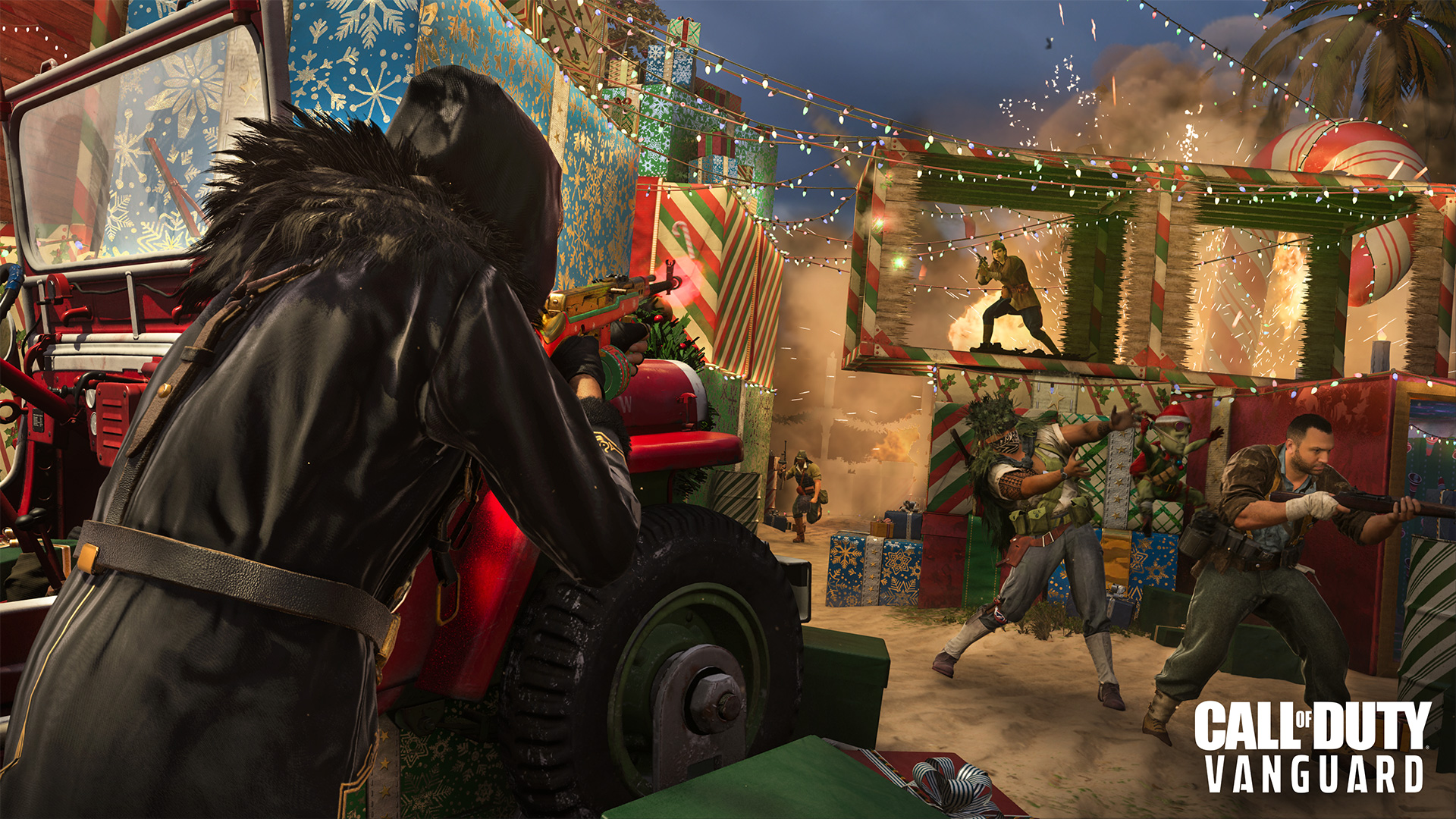 Forget reindeer games — Call of Duty: Vanguard will roll out several limited-time holiday features as part of Festive Fervor, including the reintroduction of a classic Multiplayer mode.

At the start of a match, both teams will fight for control of a marked area somewhere on the map, where Care Packages will drop in on a set timer until a specific number of them are collected. At that point, the zone rotates to a new area.

Unlike previous iterations of Drop Zone, points are only scored through kills, with bonus points being awarded with kills earned via Killstreaks. That makes ripping open those presents your squad’s main key to victory, so lock down those zones and start reaping those rewards.

Outside of that limited-time mode, Operators can also earn Killstreaks through seeking and destroying the elite Elf Team Six.

Hidden around Vanguard’s Multiplayer maps, Elf Team Six are ready to roast Operators like chestnuts on an open fire if they aren’t found before they disappear.

Operators who take down these Elf Team Six members will earn match score and Killstreak progress, a small gift that could help give your enemies something far worse than coal in their stockings.

While Elf Team Six can help the nice Operators achieve victory, there is something else in store for the ones who act naughty and don’t play the objective in respawn-enabled game modes, or who camp in Team Deathmatch:

The folk horror figure Krampus is coming to Vanguard, appearing during Multiplayer matches and targeting whoever has the least impressive objective score, such as a pathetic Hardpoint time or a disgracefully low number of Domination captures.

If you’re warned of Krampus’s presence, then good luck: he won’t hesitate to eliminate his target with an absolutely devastating (and humiliating) Finishing Move, although you might be able to defeat him before he delivers that powerful attack… 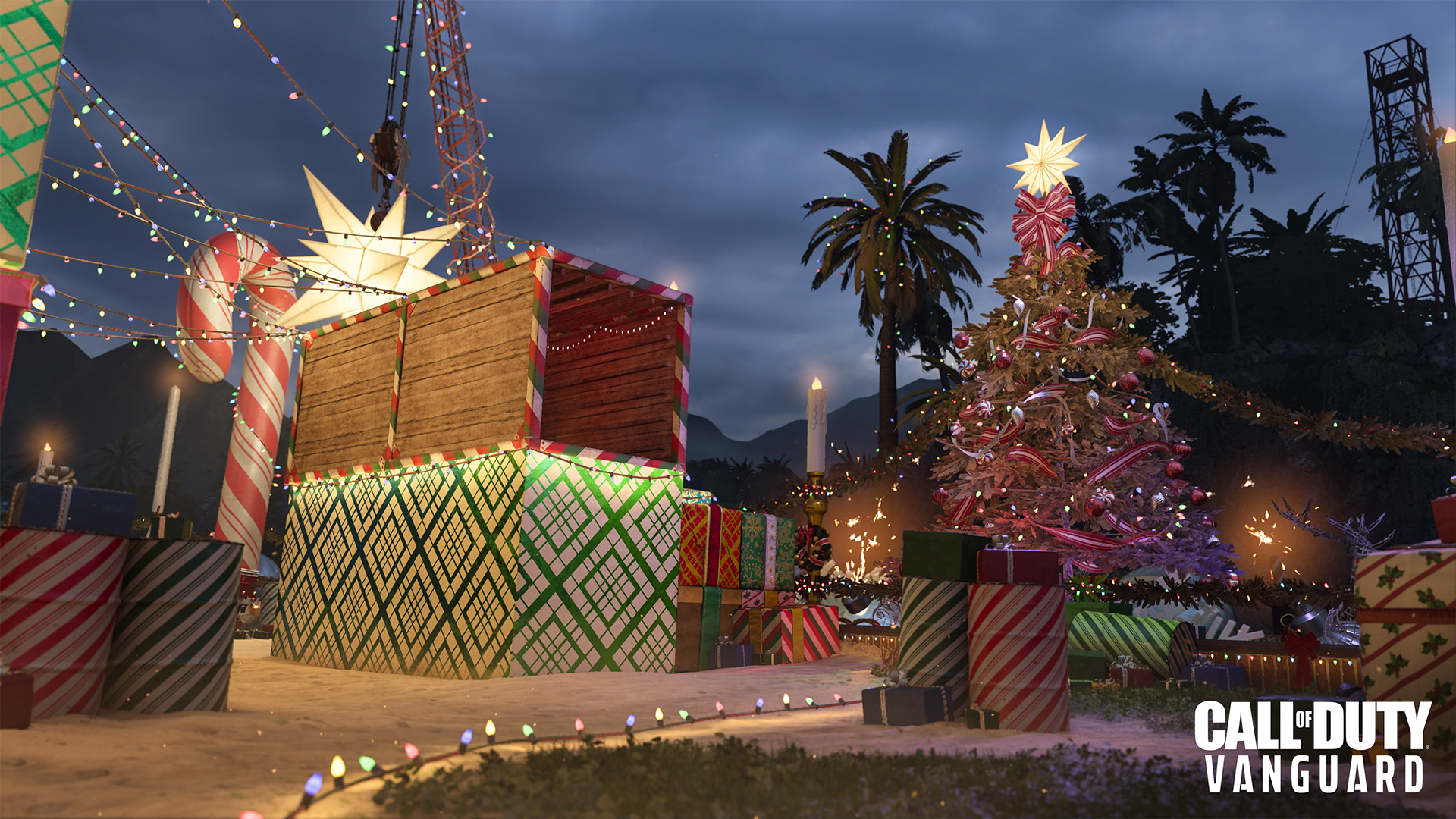 Multiplayer and Zombies Get Festive for the Holidays

Festive Fervor also rolls out to decorate Vanguard for the holiday season.

During Festive Fervor, Shipment becomes Shipmas, a winter wonderland of chaos blanketed in snow and, by the end of the match, whatever remains of those soon-to-be-smashed shipping containers.

Expect some subtle seasonal visuals in game modes like Domination and Hardpoint, as well as more holiday overhauls to places like the Gunbench and the wintery home base of Stalingrad in Zombies’ “Der Anfang.”

o Neck Damage Multiplier decreased to 1.4, down from 1.5

Call of Duty Modern Warfare update 1.50 is now available for download on PS4 and Xbox One.