Previously, an update added a new DLC and various quality of life improvements. Unfortunately, players are still experiencing problems with the game.

Today’s Assetto Corsa Competizione patch 1.1 will fix a few of these issues. Read the full details below.

As mentioned above, our latest PC update also brings the highly anticipated BMW M4 GT3 to Assetto Corsa Competizione. Thanks to this collaboration with BMW, we’re excited to introduce this ultimate GT3 weapon to our sim racers! 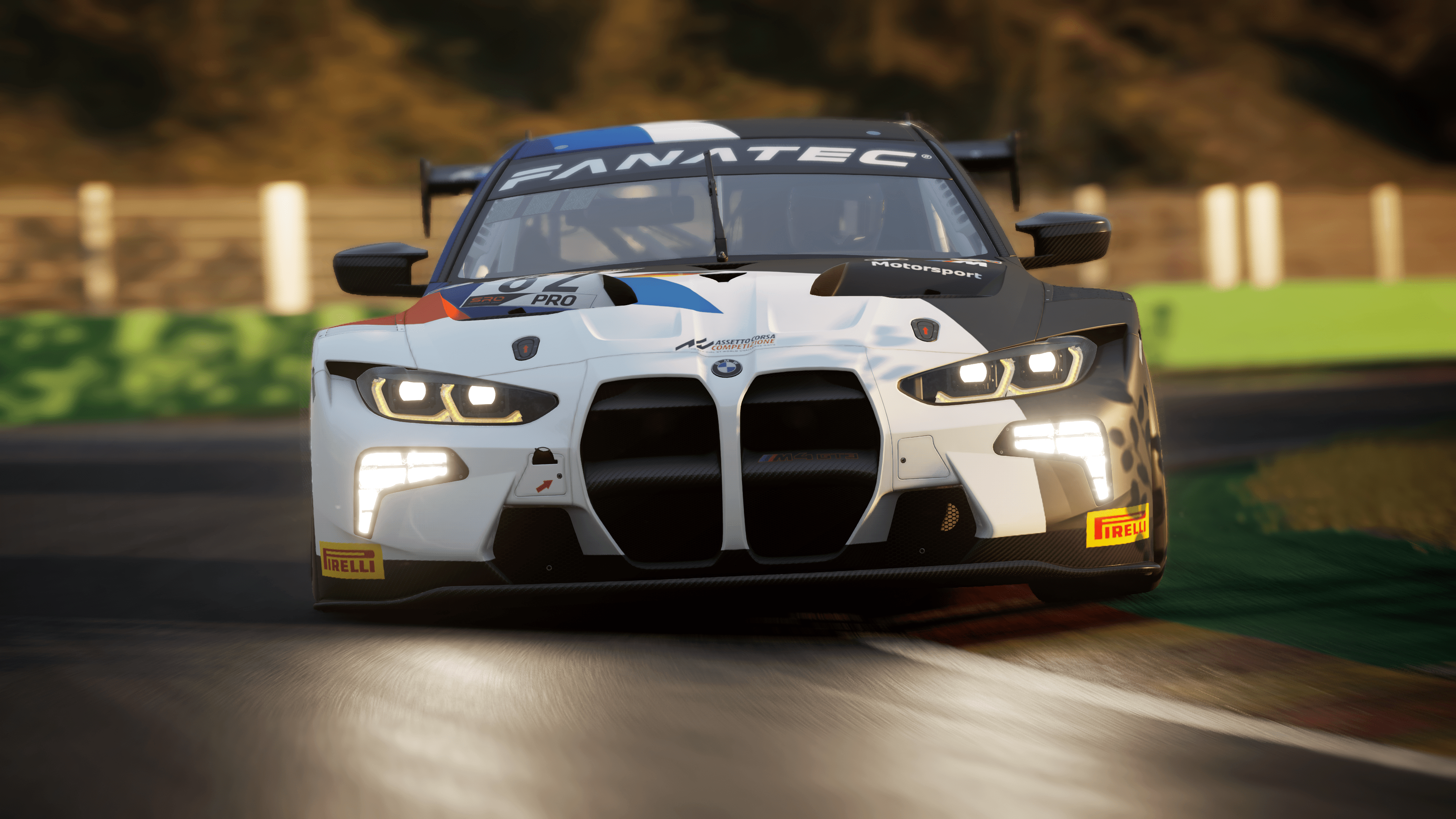 IMPORTANT: it is strongly suggested that custom engine.ini modifications and other third-party plugins (graphics or controllers) be removed before installing the update.

NOTE: both DLSS and FSR are selectable and functional in Triple Screen and VR rendering modes.

NOTE: DLSS is a temporal sampling method with a proprietary antialiasing solution, while FSR is a spatial upscaling method that can be used in combination with other Temporal AA solutions.

NOTE: please read the ingame help texts in the Video Options to learn more about the functionality of each method’s respective sampling, antialiasing and sharpening solutions.

Offers improved aliasing and clarity at a moderate performance cost.

NOTE: it is STRONGLY suggested to remove other open-source or third-party implementations of any of the features above (such as via OpenVR etc.)!

NOTE: due to the large number of changes in rendering, it is

STRONGLY suggested that custom engine.ini or third-party shader modifications be removed for this update!

– Added the new rendering mode settings to save with Video Settings presets.

– Fixed a limitation with Triple Screen rendering that did not allow Temporal Upsampling to be used in combination with it.

NOTE: the updated tonemapper settings might produce slightly more saturation and contrast than in earlier versions, adjust per taste.

NOTE: this is a global change, old cameras are deprecated.

– Updated CinemaHUD to use the new and improved DOF effects.

NOTE: individual official seasons remain playable with no change to their earlier functionalities.

Use the grid mixing sliders to set car group prevalence in the grid.
GT3 car group has an additional setting for preferred generation of opponent cars (all, pre-2019 or new-gen).

– Standardized entry and team ID system across the whole game content in support of the Open series grid generation and championship.

NOTE: it is recommended to restart ongoing championships, continuing pre-1.8 saves might not bring full functionality.

– Removed entry duplication between the 2019 GTWCH and IGT seasons.

This also fixes inconsistent auto-selection behaviour of the MFD in these sessions depending on game mode.

High variability might produce both fast changes or prolonged weather spells (or both combined) within the same weekend simulation.
Low variability will produce more even weather cycles, akin to the pre-update model.

– Revised skewed track limit definitions for Oulton Park that prevented correct gain calculation.
– Revised pit speeding thresholds that were often too permissive, both on pit entry and pit exit.
– Fixed invalid lap being eligible for personal and session fastest (purple) lap in race sessions (also in Multiplayer results).
– Overhaul of track limit warnings on wet track with its own dynamic, gain-based reference system.
– Added measures against irregular driving before the green light in Hotlap and Hotstint game modes.
– Fixed an issue with the Ferrari 488 GT3 (both versions) that resulted in an inconsistency in pitstop position versus other cars.

– Replay: revised replay tyre rotation matrix calculation to avoid misalignment between tyres and rim (and reduce disk space).
The improvement is backwards-compatible, while newly saved replays should occupy less disk space than before.

It results in smoother single player performance with high number of AI and fewer spikes due to overloading single cores on heavy calculations (such as simultaneous collisions).

– Added Open series BOP (currently matching the 2021 season BOP), functioning as a moving BOP with the latest seasons. Most importantly it also serves as the basis of Multiplayer BOP.

– Added 2021 British GT season BOP using the latest DHE tyres when a British GT-exclusive track is played through the 2021 season or the Open series (or Multiplayer).

– Updated IGTC BOP to use the latest DHE tyres when IGTC-exclusive tracks are played through the 2021 season or the Open series (and Multiplayer).

– Additionally, updated Mount Panorama to the latest available BOP when played through the 2021 season or the Open series (and Multiplayer).

NOTE: the original IGTC and British GT seasons in Single Player continue to use the original 2019 BOP with corresponding tyres that the original DLC packs recreated!

– Stats: revised and merged grouping of statistics per race track.
Note that tracks are only separated per season where an older season might produce faster laptimes due to higher track grip (such as the fresh asphalt on Silverstone 2018).

– Stats: fixed an issue that had a tendency to generate unrealistic personal best laptimes.

Note that pre-1.8 incorrect PB laps can be cleared manually on the Statistics track breakdown page.

WARNING: this operation is permanent and cannot be undone.
– Multiplayer track seasons are now deprecated and all track configurations point to the Open series (currently matching the latest, 2021 season, see Physics notes).

Note for admins: the old season suffixes in the server configuaration will remain there for legacy functionality, but they will no longer create a difference in track/BOP version!

Server track configuration (event.json) should use the non-suffix version in continuation, e.g. “misano” instead of “misano_20XX”.
Note for users: no matter the server config, Multiplayer will always use the latest Open series configuration from Single Player.

– Further revised final corner penalty thresholds with the widget formation type when the back of the field is likely to receive the green light inside or coming out of the final turn.

– Ratings: fixed an issue that could erroneously produce 100 (or 00) CC rating at Spa.
– Protocol change – old server versions are obsolete and will not register on the backend.